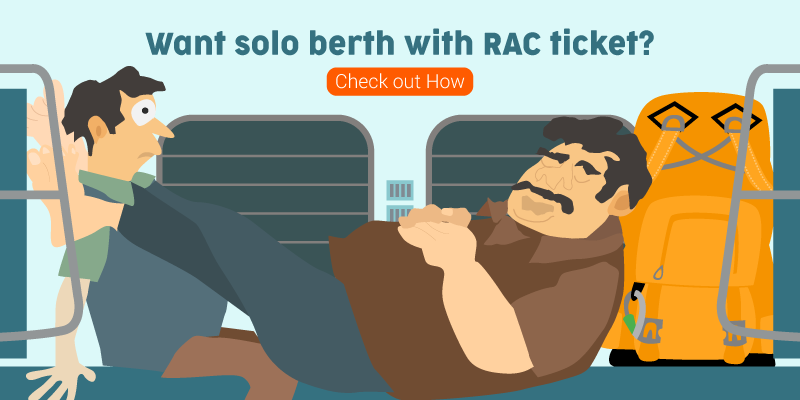 Do you like reading detective novels with a thrilling plot? If so, you might get the same feeling when trying to read through some of the Indian Railways rules and regulations. No wonder, the average train passengers always have thousand questions in their minds. The RAC (Reservation Against Cancellations) ticket rules. While there are hundreds of sites that talk about the general rules of RAC, there are many grey areas which the passengers have no idea of. At RailYatri, we would like to help the train passengers by answering some of these. And mind you, we would try to keep it really simple.

How many seats are kept reserved under RAC quota in a normal express train? 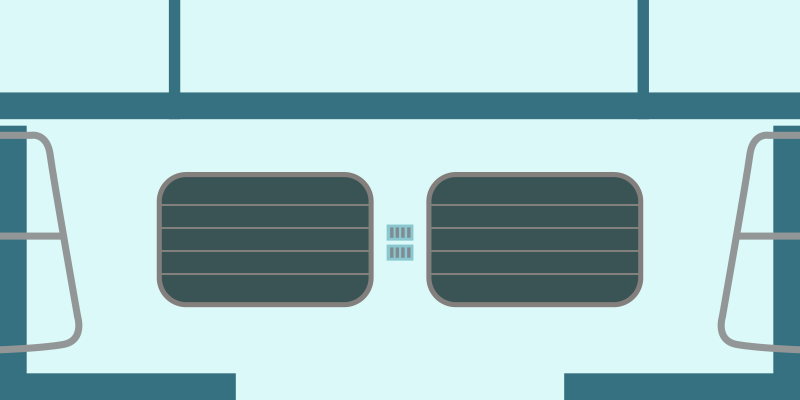 Are you authorized to travel on a RAC ticket? 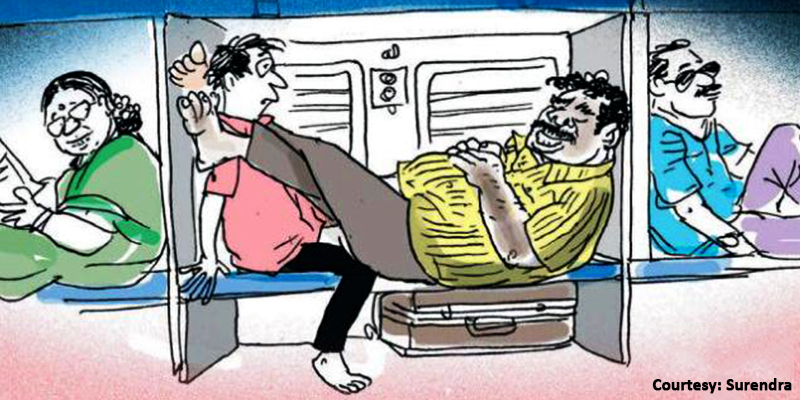 In more than 95% of cases you can be sure of making a journey, though you might have to share the berth with another person. As you know, under the RAC quota the Side lower berth seats are allotted to two people who have to share it, if the ticket does not get confirmed or there are no vacancies on the train. But there is one instance where you might not be able to make a journey, read below to find out.

Can a RAC ticket be moved to Waitlist? 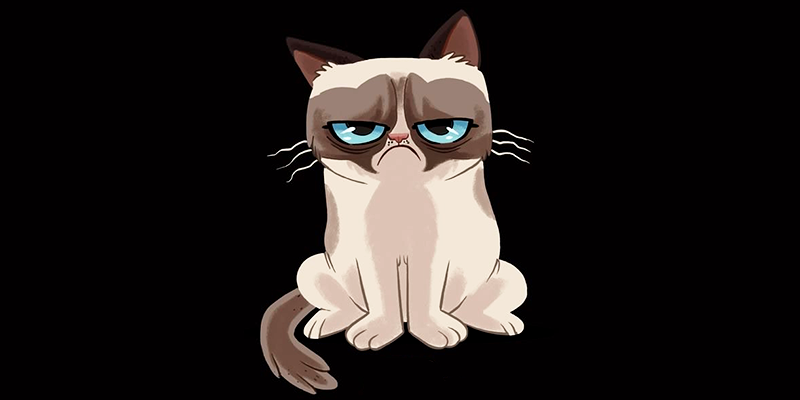 Yes, though it rarely happens, but a RAC ticket can be moved to waitlist. If some coaches of the train are unavailable and there is a scarcity of seats such a step can be taken. Suppose, there are 12 Sleeper coaches in a train and out of them 1 coach develops a technical issue and cannot make the journey. So, the confirmed ticket passengers have to be accommodated with one less coach. In such rare instances a RAC ticket can be demoted.

Are there any categories in RAC tickets?

Though not apparently, there is an Emergency Quota (EQ) valid in the RAC tickets. The EQ has tickets booked by VIPs, railway staff, etc. which by some chance have not been confirmed. Often these tickets are given preference over normal RAC bookings when queued for Confirmation.

Do Confirmation of RAC tickets always follow the serial numbers? 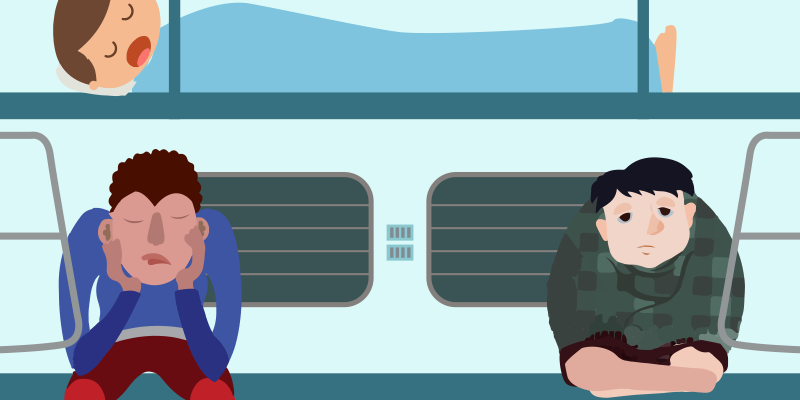 No, not in all instances! As you see there are Emergency Quotas in RAC. So, while RAC 1 should be the first to be confirmed, at rare times one of the tickets from lower serial order of RAC may be confirmed due to EQ.

If you have a RAC ticket, are you always allotted Side Lower berth seats?

That is the general norm; however, there may be certain instances when the amount of Confirmed ticket cancellations is so high that middle or upper berth may be allotted to the passenger. This seldom happens.

Why some passengers on RAC tickets are allowed Solo Berths? 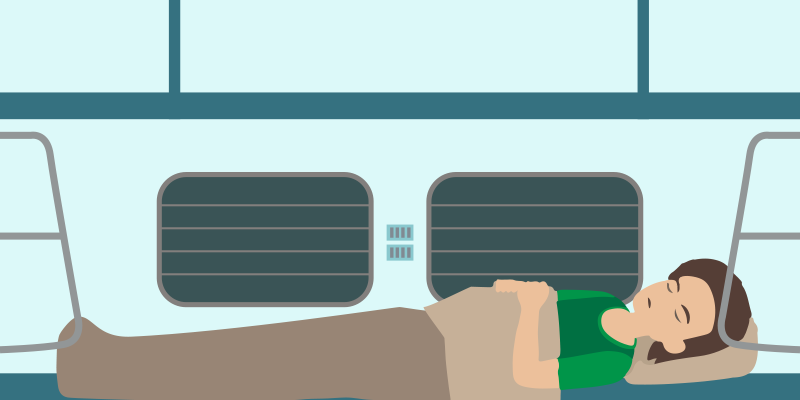 At times you may find that a person with RAC ticket gets a solo berth, without the general convention of sharing. Such a pleasant surprise may come when the person allotted the same seat gets ticket confirmed at the last moment and there is no time for re-allocation.

Many people are confused by such a status. It means when you started the booking process you were at RAC 15, but during the process 6 more tickets were cancelled, so you moved up to RAC 9 at the present status.

If you are travelling with another person (with same PNR) and have RAC 3 & 4, will the seats be together? 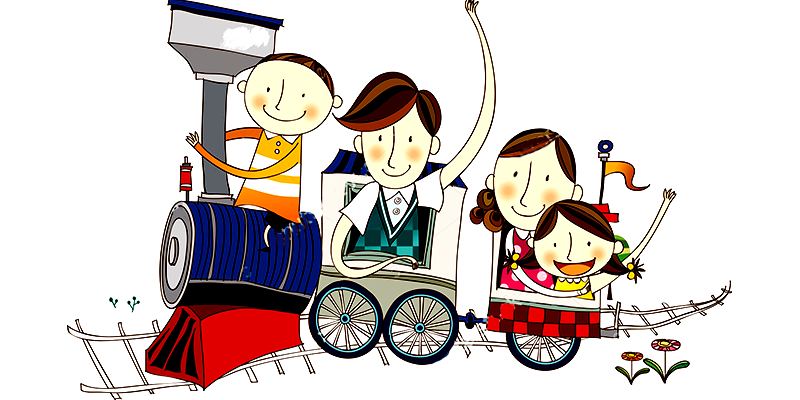 RAC tickets get confirmed only when there is a cancellation. So, the progress of your tickets is dependent on cancellations. However, Indian Railways generally tries to accommodate tickets on one PNR in the same space. So, you may share the same seats.

Can the Confirmation chances of a RAC ticket be predicted?

Yes, it definitely can be predicted and that is what we do here at RailYatri. But for such an analysis, a detailed analysis of the rush, cancellation history and train’s on-time performance is needed.

Hope these answers would answer some of the questions you had about the RAC ticket system. If you have any suggestions, views or enquiries please do write back to us.