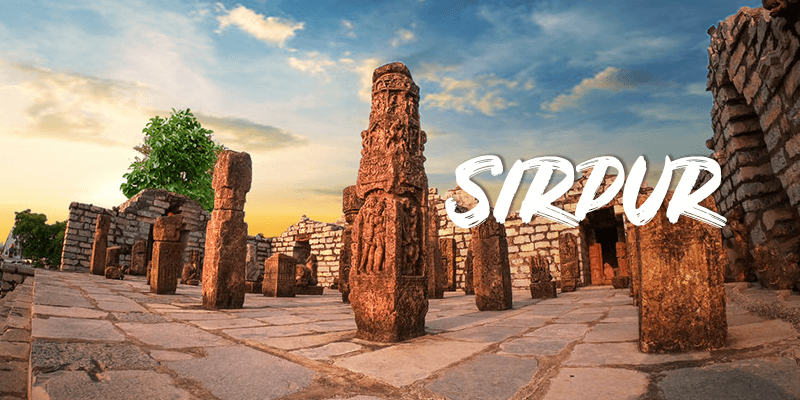 The sleepy little village of Sirpur, in Mahasamund district of Chhattisgarh, comes to life during the Sirpur National Dance and Music Festival held every year within the premises of the ancient Lakhsman Temple. Sirpur festival is one of the most prominent events in the Chhattisgarh festival calendar and draws a large crowd of culturally inclined people. Situated some 78 KM away from the Chhattisgarh capital of Raipur, Sirpur is gradually attracting attention of the national and international tourists. 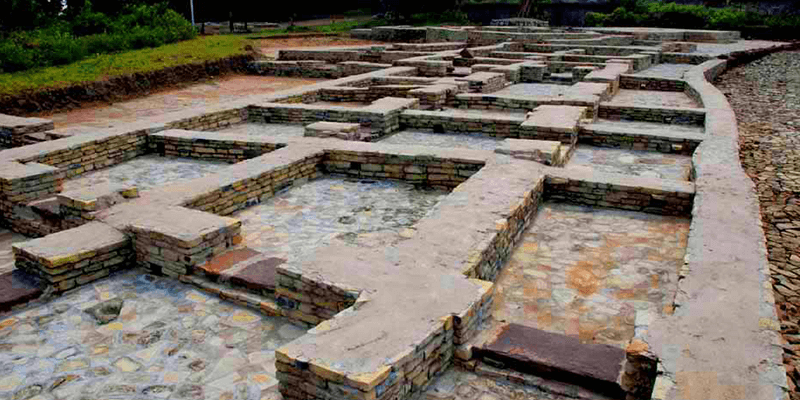 Why do you need to visit Sirpur? Well, while reading through the history books we have learned that India in ancient times India was one of the greatest nations on Earth. And Sirpur carries many architectural wonders from those times. Previously known as Shripur, Sirpur was the capital of South Kosal kingdom. Even Huien Tsang, the famous 7th century Chinese traveler, visited Sirpur and wrote about the wonderful monuments he witnessed here. However, a major earthquake in 12th century buried all these monuments. Then in 1882, colonial official Alexander Cunningham drew international attention towards Sirpur, when he published a report on the famous Lakshman Temple.

The first excavation led to many future archaeological findings. Hindu, Buddhist and Jain temples and monasteries were unearthed from various parts of Sirpur. A visit to this Chhattisgarh tourism attraction allows you to tread through more than 40 ancient monuments dating between 5th to 12th centuries! You can visit the temples, an underground granary market, centuries old public bathhouse, and feast your eyes on the marvelous statues of Lord Buddha and Mahavira.

How to reach Sirpur?

By Train: Most tourists prefer to get down at Raipur and then take buses or cabs for their forward journey to Sirpur. However, you can also alight at the nearest railway station at Mahasamund.

By Road: As mentioned Raipur serves as the base for Sirpur trip. Buses and cabs are regularly available from Raipur to Sirpur. We would suggest you to hire an outstation cab, as it allows you to enjoy the beauty of the route which runs through the small villages and wildlife hotspots of Chhattisgarh.

BOOK A CAB TO SIRPUR

Archeological Wonders of Sirpur you must visit! 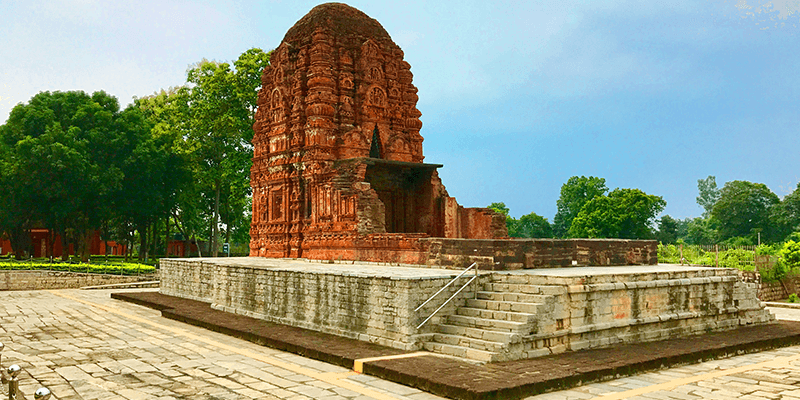 This wonderful Hindu temple is believed to have been built in the 7th century and is one of the best brick temples of India. Most parts of this brick temple are in ruins, but the Garbhagriya entrance along with the tower and door carvings never cease to mesmerize the tourists. The doors and panels of the temple carry fine carvings telling many mythological tales. The pillars of the Lakhsmana Temple carry elaborate inscriptions informing you about the life of common people in the 7th century. Though the original statue of the temple was never found, the temple authorities have installed small statues to fill the place. 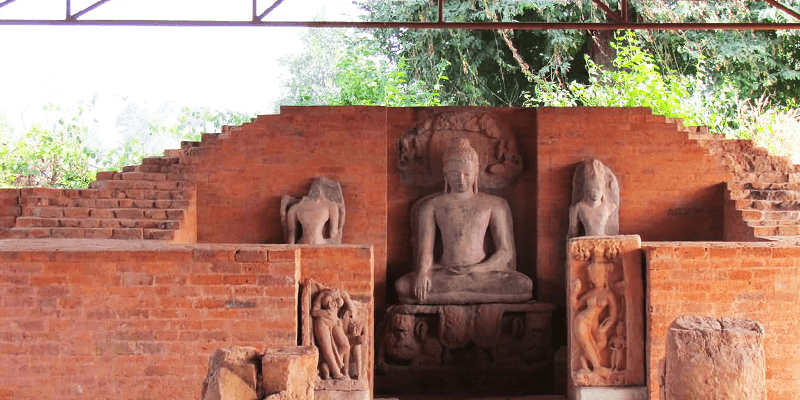 Popularly known as the Sirpur Buddha Vihara, this 8th century Buddhist temple and monastery brings many Buddhist pilgrims from far and wide all through the year. According to the inscriptions present at the site, this temple and 14-room monastery was built by Bhikshu Anand Prabhu with the sponsorship from King Sivagupta Balarjuna. The monolithic statues of Buddha and Makarwahini Gange, among other excavated artifacts never fail to capture the attention of tourists. 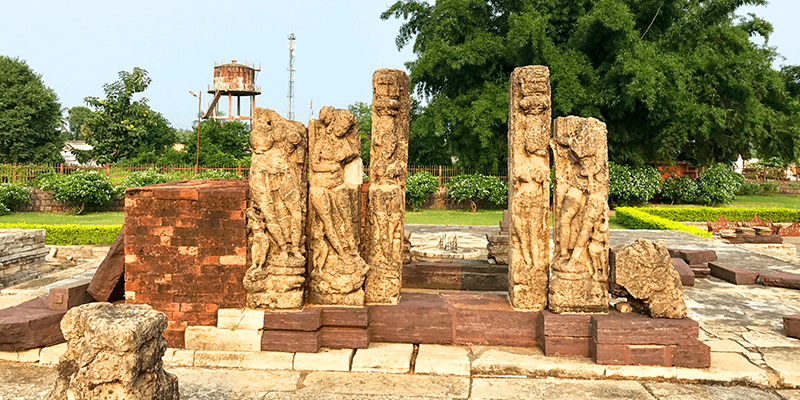 Baleshwar Temple should be rather referred as a temple complex because there are not one but many temples at this site. Each corner of the complex has 3-4 Shiva temples sitting side by side. These temples were built by King Mahashiv Gupt Balarjuna, thus the complex is named ‘Baleshwar’. In the recent excavations, by the ASI, many idols of King Balarjuna have been unearthed suggesting that he was a popular king. 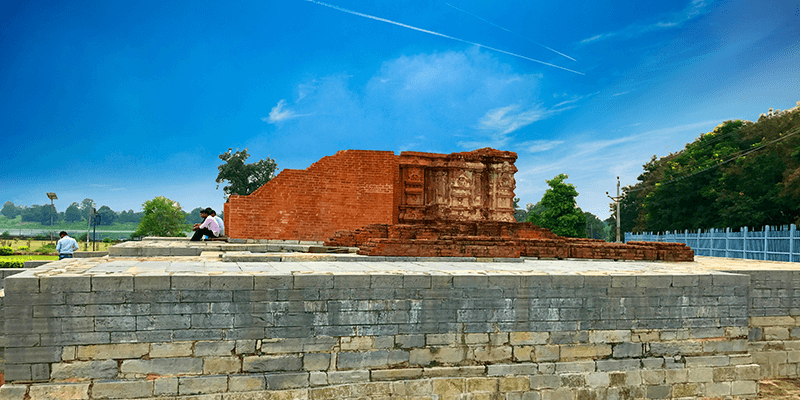 Situated near the Lakshman Temple, Sirpur Rama Temple is almost in ruins now. The popular attraction of this temple is the star-shaped platform. This Jagati (platform) is believed to be the earliest example of such an architecture in India. The temple is believed to date back to 6th century and was dedicated to the Rama-Lakshmana pair. 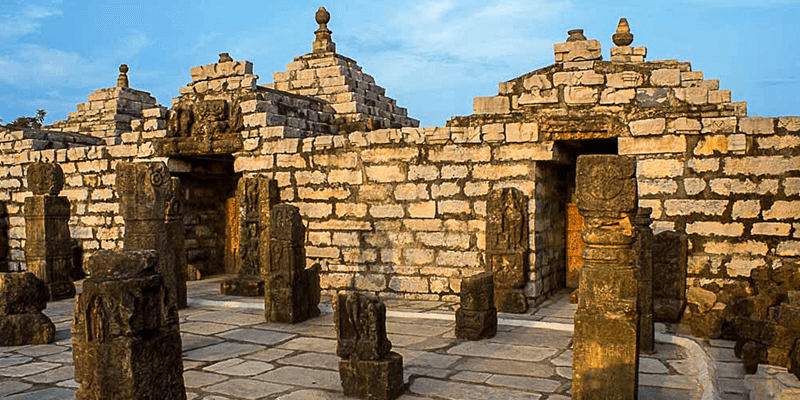 Surang Tila is definitely the largest temple complex in Sirpur, till date. The remarkable aspects of this temple complex consist of the white stone steps that lead to 30 feet high pillared terrace. The terrace (which served as the Mandapa) connects to 5 main Sanctums. While 3 sanctums have (2 grey and 1 black) granite Shivalingas, the other two belong to Lord Vishnu. There are also places of residence for the priests and monks present at the Surang Tila complex. Now, before the temple was excavated, this place used to have a mound with tunnels (Surang) used by the locals for commutation. An inscription found by the ASI dates this temple back to the 7th century. 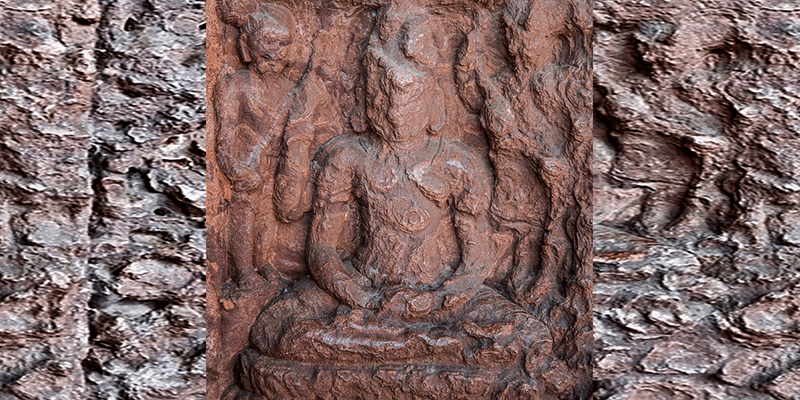 Near the banks of river Mahanadi, the archaeologists stumbled across the ruins of one Jain temple and monastery. Though most monuments are up in ruins, but you can still view the monolithic statue, made of Bronze, of Lord Adinatha. 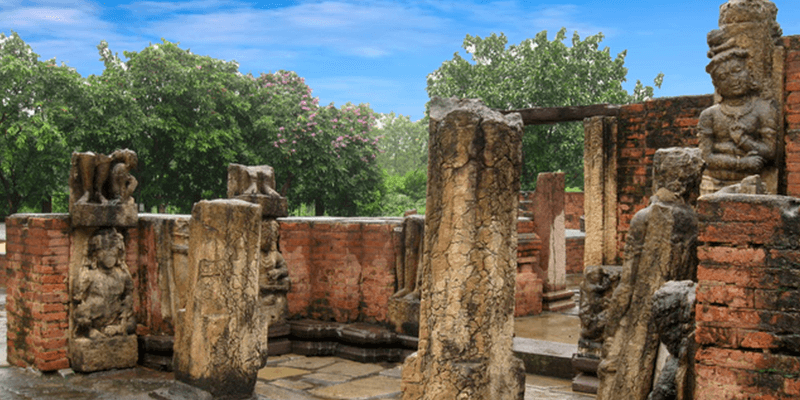 Situated about 1 KM away from the Lakhsman Temple, Teevardev is a Buddhist monastery having a perfect blend of Hindu and Buddhist architectural themes. The monument contains Buddhist art samples such as Buddha statues and Buddhist artworks, alongside Hindu themes such as goddesses Ganga and Yamuna, Kama and Mithuna scenes and carvings showcasing tales from the Panchatantra. The monastery is believed to have been built by a Shaiva king and his Buddhist queen from the South Kosala Empire. 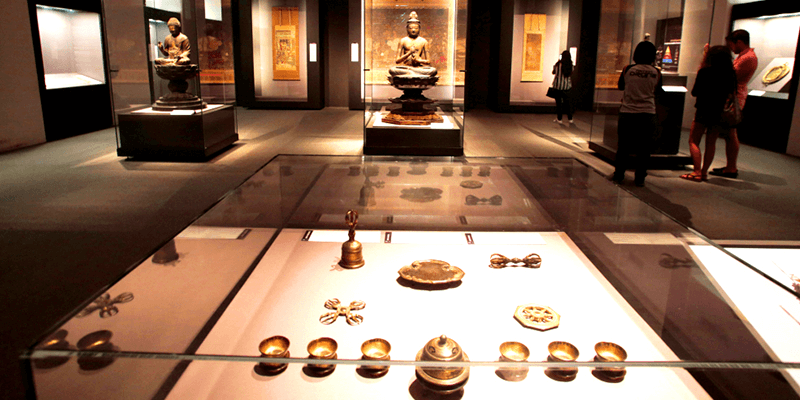 The ASI Museum would blow your mind away if you are a historian, architect or an explorer. It contains a rich collection of artifacts from the excavations conducted during 1950s and 2000s. The origin of many excavated ruins could not be traced, so they found a place in this museum. The artifacts date between 6th and 12th centuries and provide a glimpse into the life and times of those days. The ASI museum is situated in the Lakshman Temple premises, and is a must visit while you are in Sirpur.

Modern India is built over many layers of history, and Sirpur is the ideal place to relish the past! It is a great destination for an explorer just like you. So, when are you visiting this archaeological wonderland?