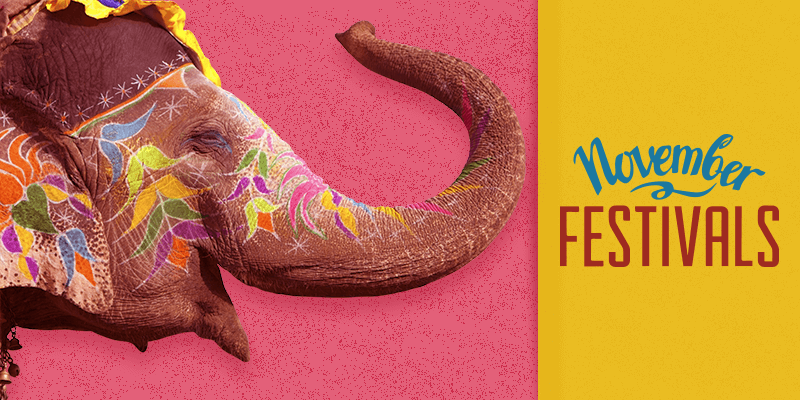 In a country as vibrant as India, one never runs out of avenues to soak in the spirit of revelry. India is a home of many cultures, flavours and traditions, which gives us ample opportunities to celebrate.
This list of festivals and events in November include some interesting ones. Check them out! 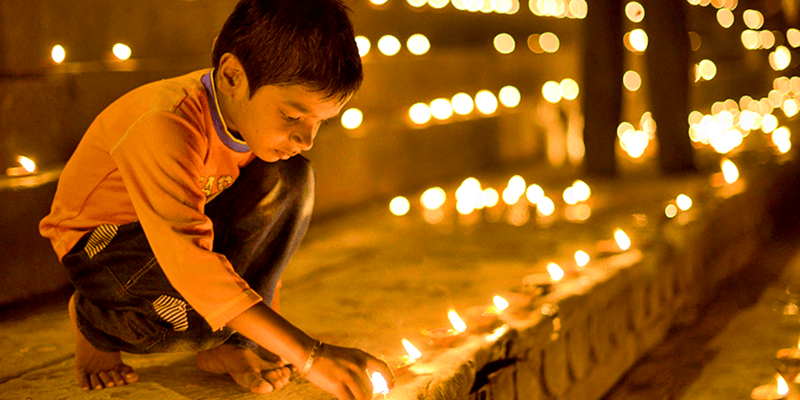 Observed after fourteen days of Diwali, Dev Deepavali marks a tribute to river Ganga. It is a popular belief that on this night (full moon); Gods descends on earth to bathe in the Ganges. Another legend speaks of the return of Lord Vishnu to his abode after the Vamana incarnation. Thus it has become an old tradition in the entire city to lit lamps to welcome Gods.

Two crucial events, Kartik Snan and Deepdaan, are performed as a part of this festival. Early morning, devotees take a holy dip in the river bowing to the Sun. While in the evening, under the full moon, they perform Deepotsav. And amidst chanting of Vedic hymns, diyas and lamps are lit everywhere, literally at every corner of the city and is a wonderful sight to watch. The Maha Ganga aarti is also performed.

Special Attraction: Ganga Mahotsav, a 5-day long programme, is the highlight of this festival. All of Varanasi comes alive with music, dance, and feasting for a few days on the occasion of Dev Deepavali. 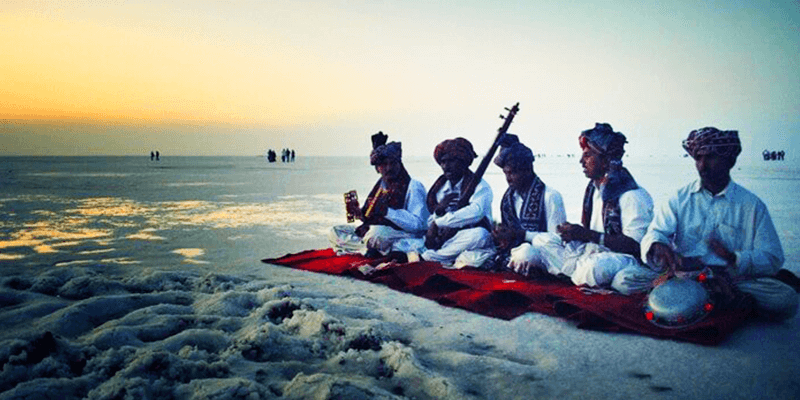 Starting from the 1st week of November, the salt plains of the Rann of Kutch are lined with bedecked camels, colourful turbans and tents to accommodate numerous people who come to enjoy the 3-month cultural extravaganza. The Rann Utsav is when Gujarat’s warm hospitality and excellent cuisines are easily noticeable in the temporary city called the Tent City which is spread across an area of 5,00,000 sq. Mts, thus making it the largest tent accommodation in India. 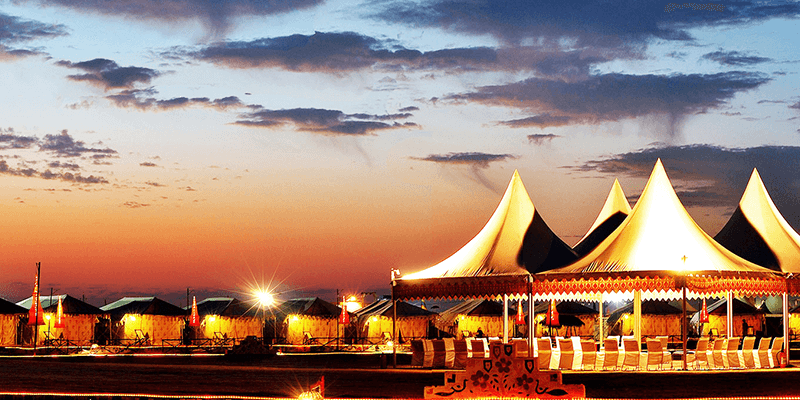 A holiday flavoured with traditional dances, food, music and surreal views of the White Rann is nothing short of a beautiful dream. Handicraft bazaars, pottery sheds and live embroidery work are showcased. With a multitude of activities to choose from – music and dance performances, spa centres, meditation pavilions, gaming zones, camel cart rides, dirt biking and paramotoring; the guests are offered various choices. These are sure to keep one busy during the festival.

Other November festivals in Rajasthan 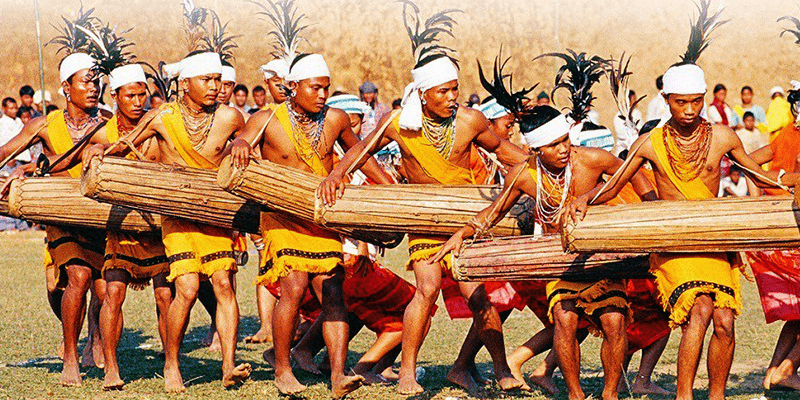 The Wangala, a post-harvest festival is celebrated by Garos as a thanks-giving ceremony to Misi Saljong, the deity of agriculture. The ceremony involves some rituals and culminates in merry-making and dancing particularly by the young couples to the rhythmic beating of drums and playing of other melodious indigenous musical instruments.

The 100 Drums Wangala Festival organised by the Wangala committee comprises of dedicated sets of people committed to not only preserve the traditions but also to showcase the rich cultural ethos of the Garos. It is basically a symbolic competitive event by ten dancing contingents drawn from all corners of Garo Hills.

The Sonepur Cattle Fair or Sonepur Mela is held in northern Bihar during the month of Kartik(full moon) and is one of the largest in Asia. The festival attracts a crowd from all over the continent and can stretch from fifteen days to a to a month. The site of the festival is at the confluence of the rivers Ganga, Son, Ghagra and Gandak which in itself is a holy spot for Hindus. Animals of all varieties from elephants and camels to cats and guinea pigs are brought here for trade.

Performers like dancers, singers, acrobats and circus artists also come to this festival to put up entertainment programs at night once the festival is concluded for the day. 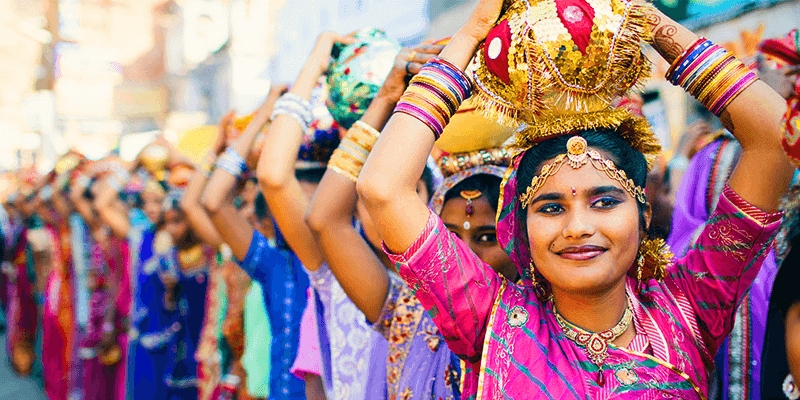 Bundi is a picturesque location in the Hadoti district of Rajasthan. The palaces and forts of Bundi have a fairy tale feel about them.The town is quite isolated from the maddening rush and crowd. But it is during the month of November that the city becomes alive during Bundi Utsav. It includes several spiritual and traditional activities and is a remarkable cluster of traditional art, culture and craftsmanship that even visitors are left charmed by its magnificence. 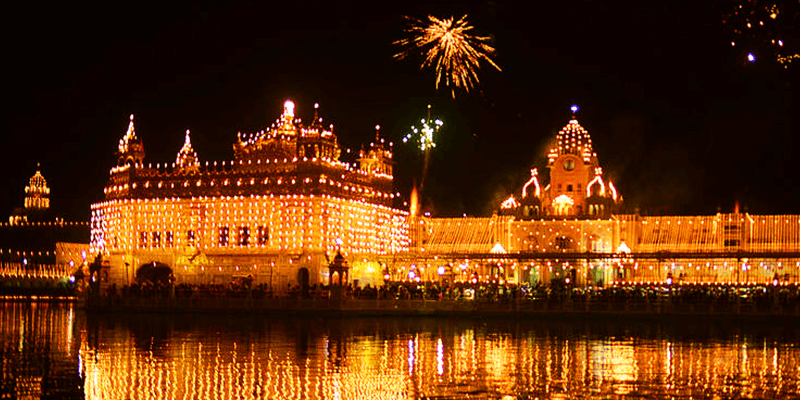 This event is a commemoration of Guru Nanak’s birthday (the founder of Sikhism) and is widely celebrated throughout Punjab, especially at the Golden Temple in Amritsar, the main shrine of the Sikhs. On the eve of the festival, Amritsar comes alive with a huge procession, accompanied by singers and musicians. Part of it features a demonstration of Sikh martial arts. The beautifully illuminated temple is an incredible sight to behold at this time. 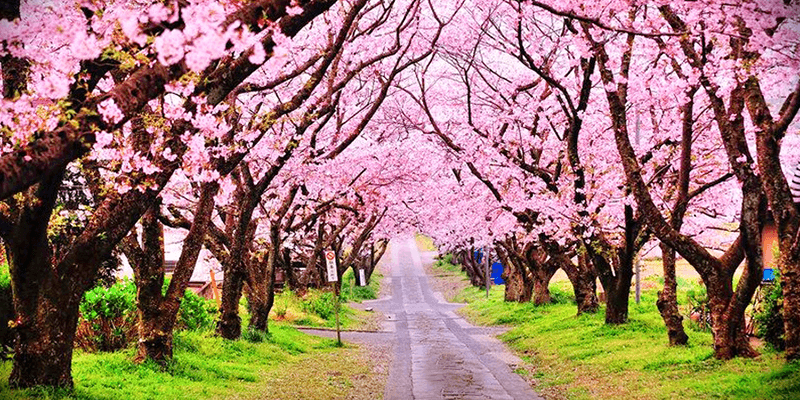 You no longer have to visit Japan to swim through a sea of cherry flowers. Himalayan cherry blossoms grow wild in the Khasi Hills, and they really are a sight to behold. Shillong’s going to be home to the 2nd India International Cherry Blossom Festival, and from the looks of the last one, it’s going to be glorious.

What makes this event unique is the fact that it is the world’s only autumn cherry blossom festival. Shillong will host this festival in three different venues—Polo Ground, Ward’s Lake and Golf Course. The festival will showcase planting of cherry trees, cultural programmes, arts and crafts, fashion show, cherry blossom run, a performance, music events, an exhibition football match, guided night walks, and story-telling, among many other activities.

Tip: Head over to Ward’s lake for a boat ride or go to Cheerapunji to trek along the ancient David Scott trail, your trip to Shillong will turn to a blissful memory! 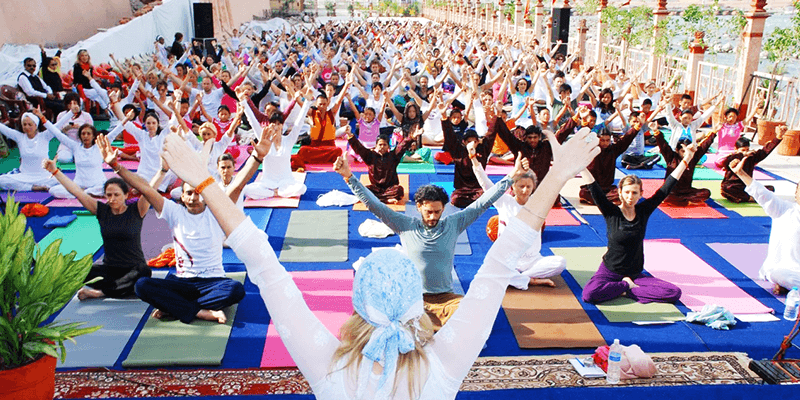 Since Yoga is an Indian practice to have gained recognition all over the world, it’s fair that Indians would know a better bit about organising a Yoga Festival. The International Yoga Festival happens along the banks of the river Ganges in Rishikesh, Uttarakhand, under the tutelage of expert Indian Yoga teachers. People from all over the world come to engage in traditional yoga practices coupled with kirtans and spiritual activities. The festival also features concerts, live music performances, and lectures. 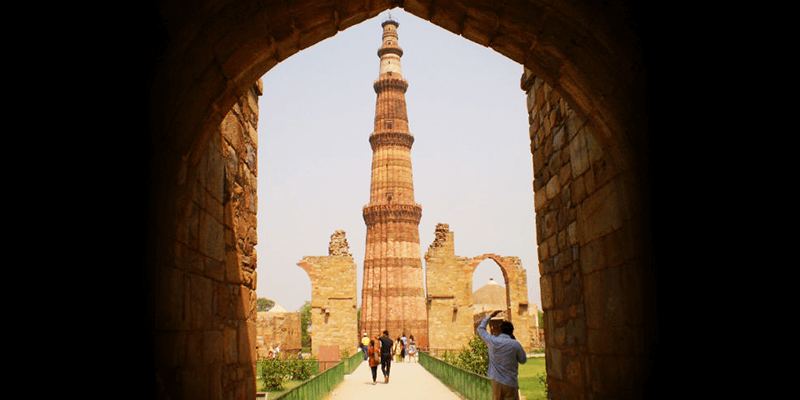 Delhi Walk Festival celebrates the vibrancy and multiplicity of this fast transforming city while dwelling into its history, composite culture and myriad narratives. Over a span of 11 days, 170 walks will be led by renowned experts. This 3rd edition of the festival will be attended by a good number of celebrities too. 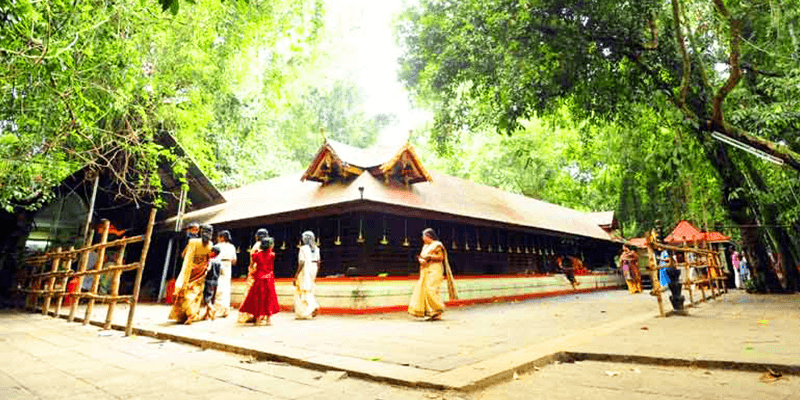 The three-day festival at this snake temple is sure to leave an impression. The unusual temple is a pilgrimage centre for devotees of serpent gods and has Brahmin woman chief priestess. Rituals involve the worship of snake gods and goddesses, and the celebrations culminate in a procession of all the serpent idols on the last day.

Soak in the cultural extravaganza in Rajasthan this November