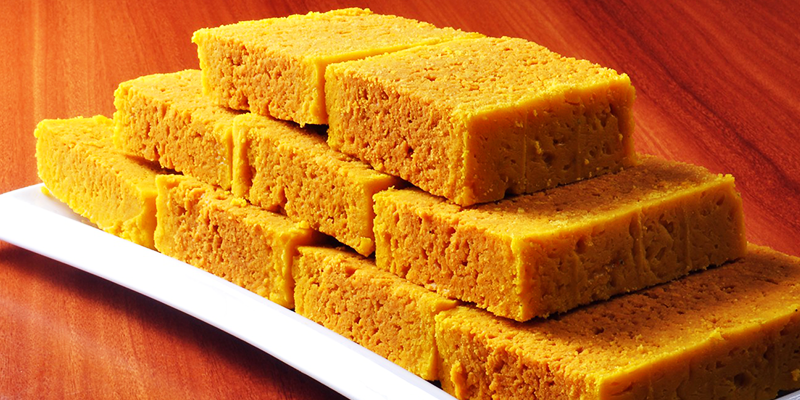 When you think about Mysore, there are many things that draw our attention. Some think about gorgeous silk sarees, others about the lavish Mysore Palace while many recalls the famous sandal soaps. However, if you have a foodie inside you, you will think about Mysore Pak; the signature snack of this royal city.

History of the delicacy 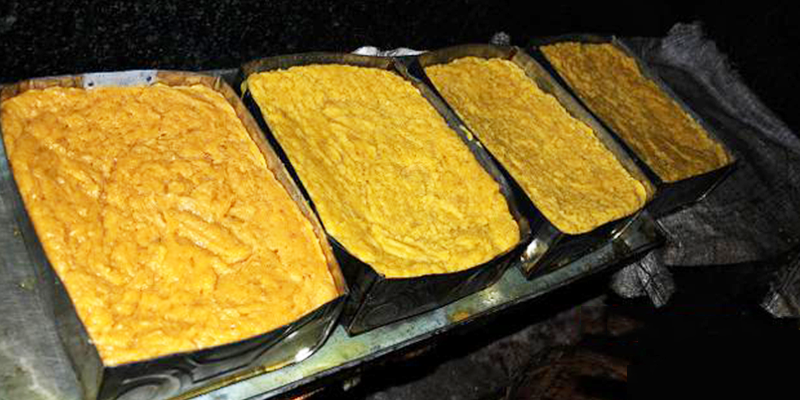 The legend goes like this: Mysore Pak was first made in the Mysore Palace by a person called Madappa. Madappa had this habit of experimenting with sugar syrups. Once he added gram flour and ghee and accidentally prepared a new kind of thick syrup. After some time, the syrup froze to become a cake-like sweet. He presented it to Krishna Raja Wodeyar, the most famous of the Mysore kings. The king was impressed and designated it to the status of a royal sweet. Madappa added more ingredients and called it Mysore Paaka (Paaka means a sweet concoction in Kannada). Later, Mysore Paaka came to be popularly known as Mysore Pak or Mysorepa.

Of cities and snacks

It is not uncommon for Indian cities to lend their names to a popular dish. You have Agra ka Peda, Hyderabadi Biryani and Tirunelveli Halwa, to name a few. In the case of Mysore Pak, Chennai is the hub for Paaka tasting. Sri Krishna Sweets, a Chennai-based network of confectionary stores, is the most trusted source of Mysore Pak. But the old timers still believe that Mysore Pak at Sri Krishna Sweets is a modified version and not the authentic one. 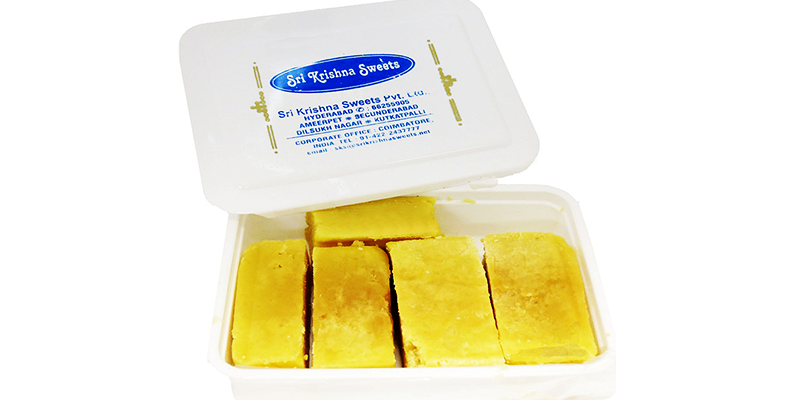 There are many sweet shops in Chennai that sell Mysore Pak, but it is believed that the authentic one is prepared in the lanes of Mysore. It is also available at railway station snack counters and at roadside bakeries in South India. But it never melts in the mouth, as it traditionally should! It is hard and almost like a square Laddu. So, where will you find the real Mysore Pak? 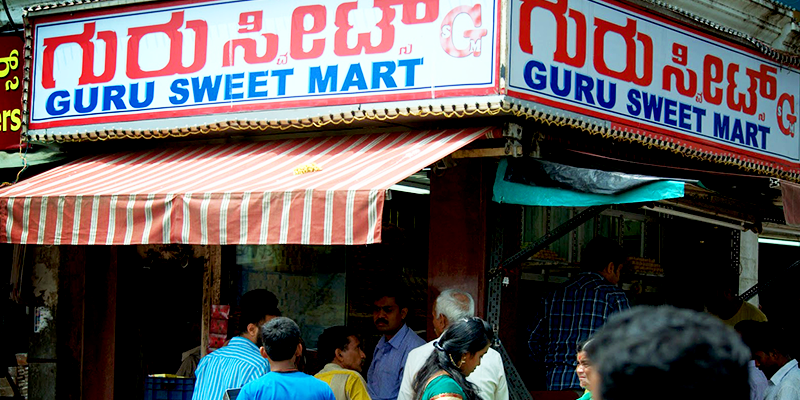 Guru Sweets is situated on Sayyaji Rao Road (walking distance from the rear entrance of the Mysore Palace). It does not have the air of a much sought-after place. There is no entrance or lobby as such. You have to stand on the footpath and point to the items on the glass jar. One of the current owners, Natraj, confirms that it was indeed their great-grandfather who created this sweet. They still make this in the traditional manner, making all the ingredients in-house, except for sugar, cardamom and turmeric. Mysore Pak available here is heavenly, to be frank. But it is clearly different from the other Mysore Pak readily available around the city. Apart from the Mysore Pak, Milk Burfy at the shop is also delicious.