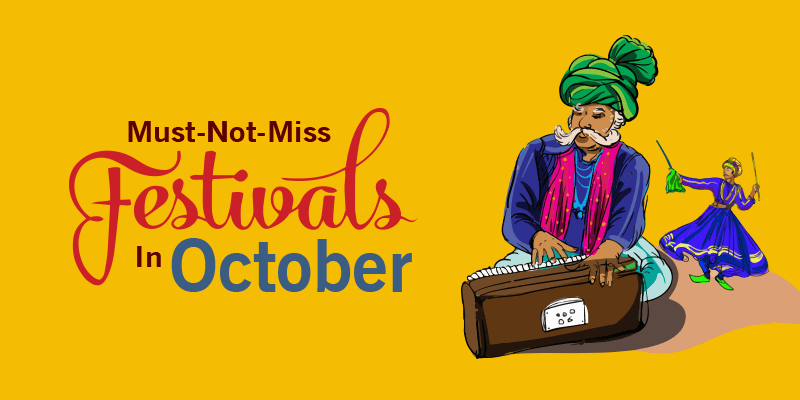 October is a very exuberant time in India. The monsoon rain has eased and the festival season has just begun. It is all about puja, music, food, sparkles, light and dance. So, as the gala time of festivities and feasts approaches again, here we are with the best of what’s hot & happening in October across the country. 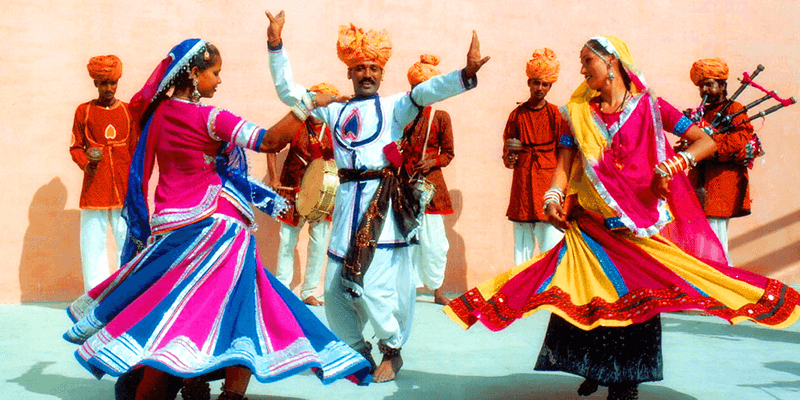 Marwar festival is a popular celebration in Jodhpur. It is an annual music and dance festival that takes place in the month of Ashwin(according to the Hindu calendar). Earlier known as the “Maand Festival”, it is organised to commemorate the heroes of Rajasthan and is observed for two whole days. This festival aims to invoke heroic characteristics in the newer generation, by relaying history and culture in their folk songs and dances.

During the festival, Mehrangarh Fort and Umaid Bhawan Lake Palace are used as a stage for performances on these two days. There are certain folk dances that are always performed at the festival such as, Dandi Gair, Kalbeliya, Ghoomar, Chari and Bhavai. Besides folk dances and atypical customs, the festival has something for everybody. The unique competitions, handicrafts, jewellery and jodhpuri clothing attracts visitors, locals and tourists alike. 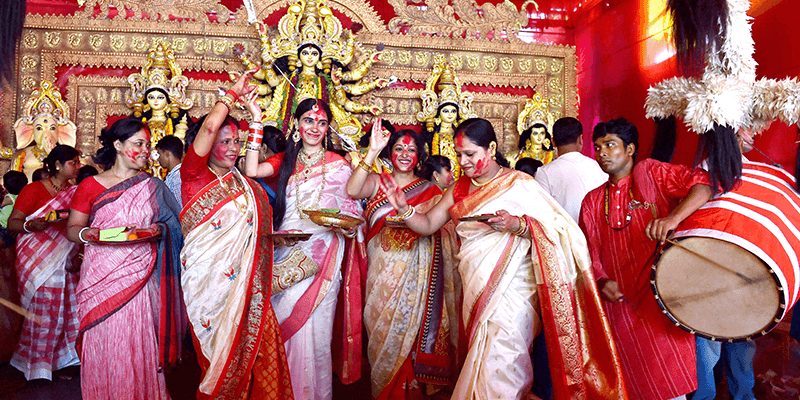 Though celebrated across the country and beyond, West Bengal is the hub of Durga Puja celebrations. Durga Puja is the ocassion when Bengalis celebrate the coming of Godess Durga to her maternal home.  Calcutta (Kolkata) and nearby cities and small towns all celebrate Durga Puja with great fervour. Puja, bhog, anjali(special puja of Godess Durga) all form an integeral part of the celebrations. The well decorated pandals are a must see and pandal hopping is the biggest itinerary for all Bengalis. Good food throughout the puja week is a must and there are varied food stalls outside each Puja pandals. Families and friends come together to organise large scale cultural programs and indulge in good food and merrymaking. The celebrations begin from Mahalaya and end with Dashmi when Godess Durga goes back to her abode.

Note : Most metropolitan cities today have Durga Puja celebrations even outside West Bengal, so find out about the puja pandals in your city and get drenched in Durga Puja fervour. 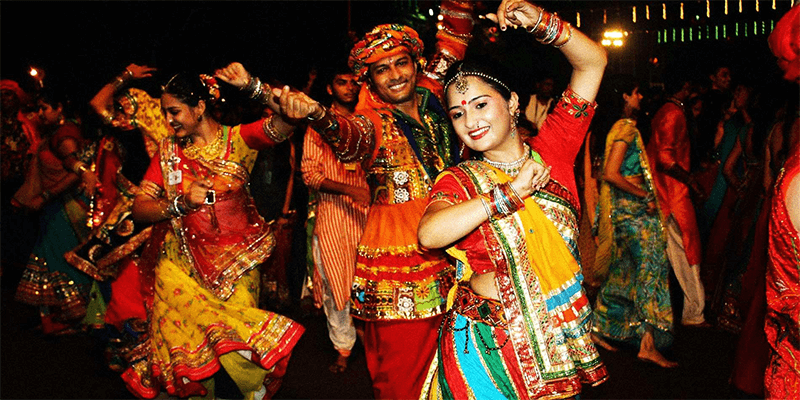 Though Navratri is celebrated across the whole of North India, Dandiya Rass is particularly popular in Gujarat. This is the time for fasting and puja with asthami and navami being the most auspicious two days. Many do kanya puja on these two days where small girls are invited and served special bhog. In Gujarat, however, Dandiya Rass is the biggest draw and everybody, especially young girls and boys get ready for days of dancing and merry making. Special events are organised where people join in to dance to the beats of rhythmic music.

Note: Book in advance for most popular Dandiya Rass events. 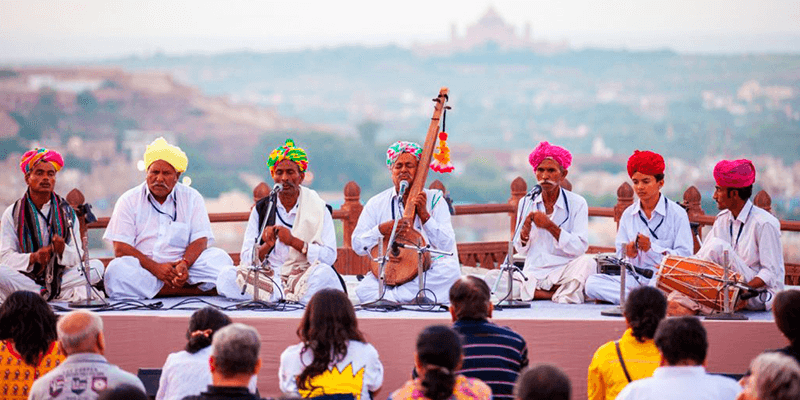 This festival fully entices the enthusiasm of the inhabitants of Rajasthan for five consecutive days with the help of most sizzling performances given by local and international artisans. The RIFF society assures to produce new sounds and observe different musical heritages each year through innovative associations of over 250 musicians and performing artists. Alternatively known as the Jodhpur Folk Festival, it was started in 2007 and since then the highly sensational performances have been deeply transporting the emotions of the locals and tourists, alike.

Mehrangarh Fort of the blue city of Jodhpur plays a host to this musical sensation with a series of spectacular events and musical concerts, as the sun sets to embrace the horizon during Sharad Poornima. You may also become wordless after seeing the global dance grooves and acts that are presented every night of the event. 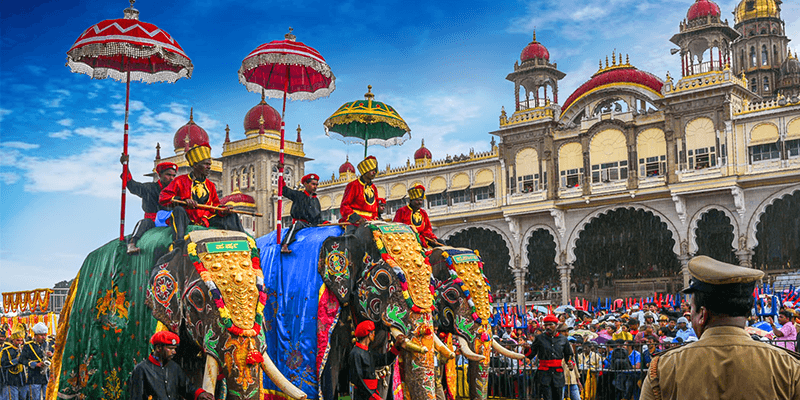 Dasara (Dusshera) is celebrated across India in different forms. In west Bengal it is Durga Puja, in North India it is Dusshera – where Ravan is put ablaze marking the end of everything evil, and in Mysore this festival is all about lights and celebration. The 10-day celebration across Mysore is marked with the grand procession of Goddess Chamundeshwari where people gather in thousands and follow the procession. Decorated elephants are a common sight during Dasara celebration in Mysore. Another not-to-miss is the illuminated Mysore Palace which is decorated with 100,000 light bulbs. Special cultural programmes are performed every evening during the 10-day festival. 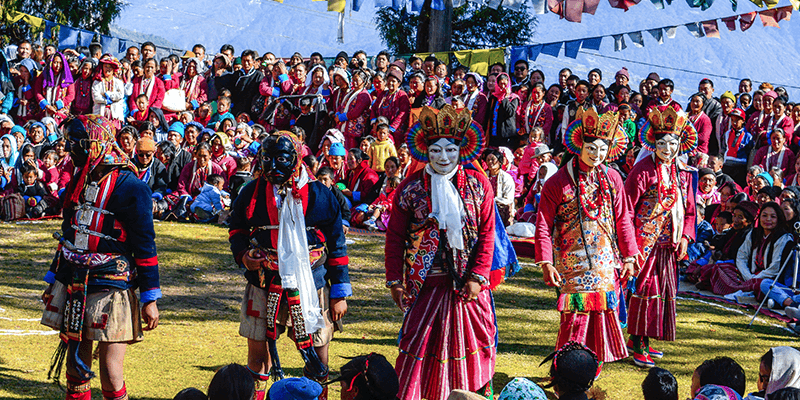 Tawang, in Aruncahal pradesh is a beautiful mountain town and an important seat of Tibetan Buddhism. The Tawang festival begins with the Sebang when monks from the monasteries move in procession to the festival site. It is a colourful sight with the high mountains and the iconic monastry serving as an ideal backdrop. There are exhibitions, traditional dances, crafts, handicrafts, traditonal food and plenty more at the fest to enjoy and buy. Apart from the festival, Tawang itself is a nature’s paradise with beutiful mountains and eternal snow. Bumla pass, Sela pass bordering China and Tawang Monastery are a must visit.
Note: In order to visit Arunachal Pradesh you will need special Inner Line Permit from the State Goverment office in your city.

Rajo Parba: Odisha’s own way of celebrating the magical monsoon