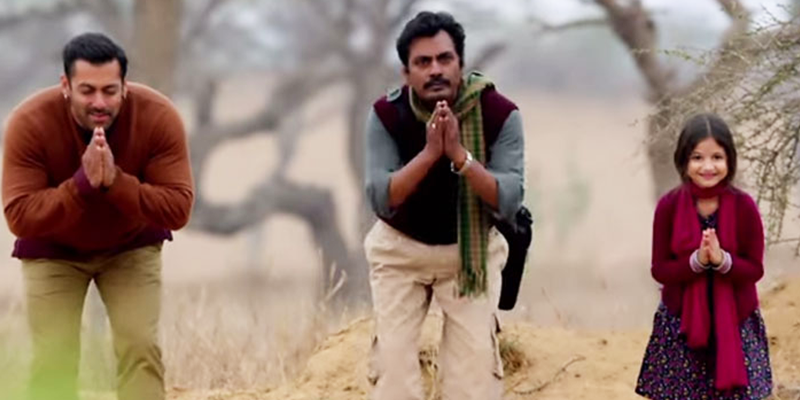 Bollywood movies are not just a means of entertainment for us, but they also invoke myriad emotions. They inspire us to love, hate, care, and also travel by train. If you’ve grown up on a staple diet of Bollywood movies, you would definitely agree that there is no better ‘prop’ than a fast chugging train in our movies. Indian trains have always been the best friend for filmmakers as well as cinema-goers.

Here is a list of memorable movies which will overwhelm you with their tryst with trains and who knows you might get inspired and pack your bags for a next train trip. 🙂 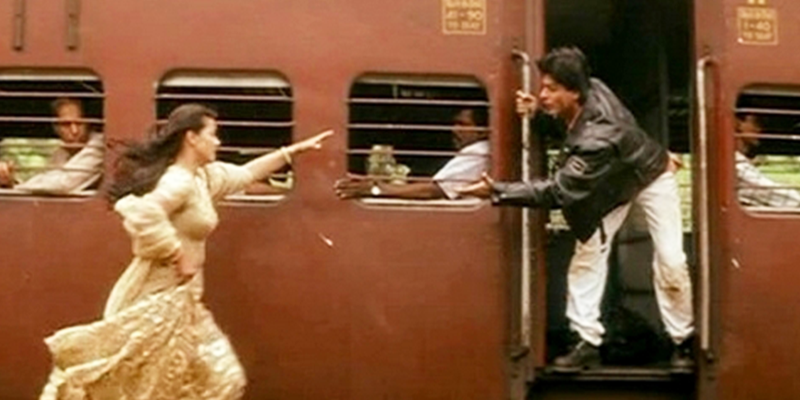 Who can forget the legendary dialogue of Amrish Puri when he says, “Ja Simran Ja, Jee le Apni Zindagi” shot at Apta Railway Station. The epic scene of this movie has the top-of-the-mind recall every time there is a mention of trains in Bollywood. 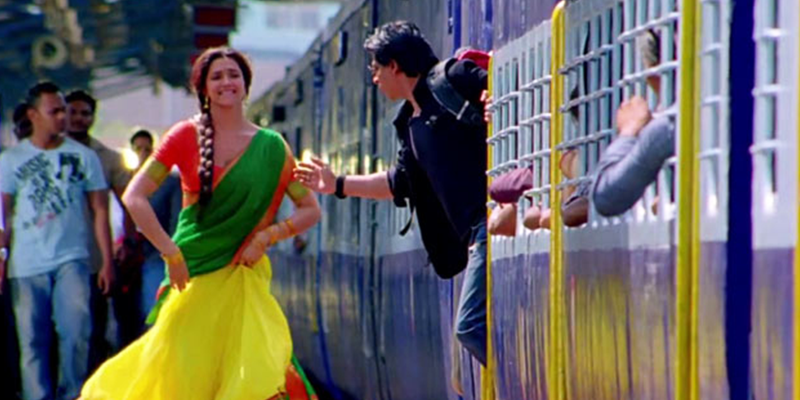 Amidst all the laughter and chaotic twists that stretch through Rohit Shetty’s venture, this movie absolutely took our breath away with another iconic train scene. Oh! How can one forget the train sequence in the movie which was more of a tribute to DDLJ, where we see Meena (Deepika Padukone) doing a Kajol as she runs to catch the train.  Did I miss another scene? Yes, the mesmerizing waterfall that is shown near Meena’s village.  Some important scenes of this movie feature iconic Railway stations such as Chhatrapati Shivaji Terminus and Castle Rock station. 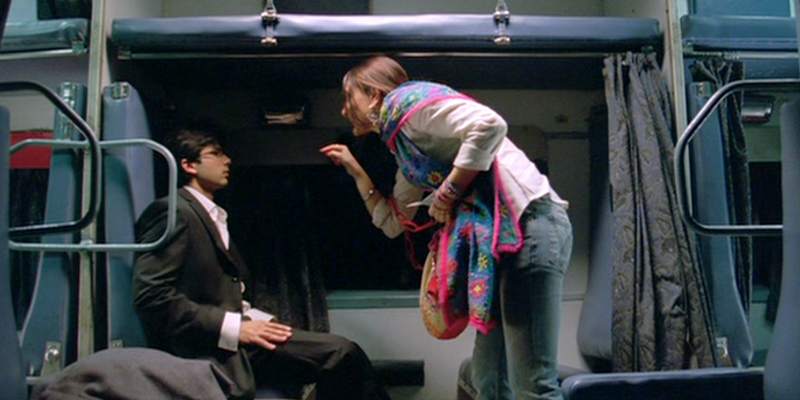 This romantic comedy starring Shahid and Kareena absolutely made us fall in love with Geet and the exotic locations of North India. Whistling through the bustling city of Mumbai on a train to Bhatinda, Jab We Met truly inspired us to travel and fall in love with Bollywood and of course Trains. 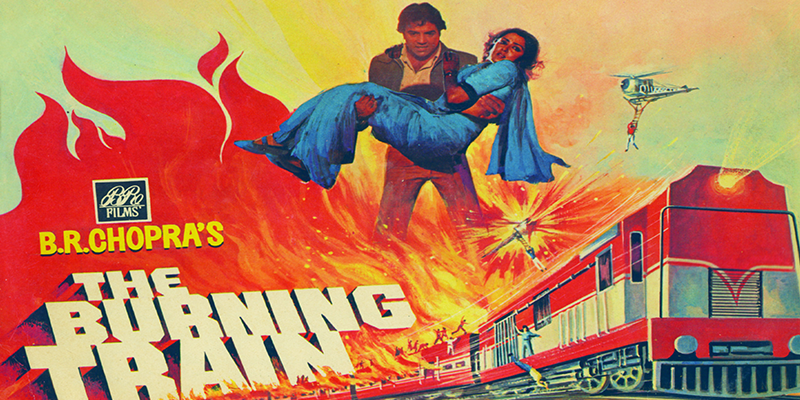 Yes, this 1980 star-studded box office flick is the only movie till date entailing all drama and tragedy on a train. Surprisingly it took Bollywood so long to pay a fitting tribute to the Railways, knowing the big-bang impact of Railways in our economy. Though even now trains have been very much around in the Bollywood landscape, but this movie continues to stand alone in sharing commonality with day to day Railyatris on train entailing a mix of personal stories and imaginary drama along the train journeys. 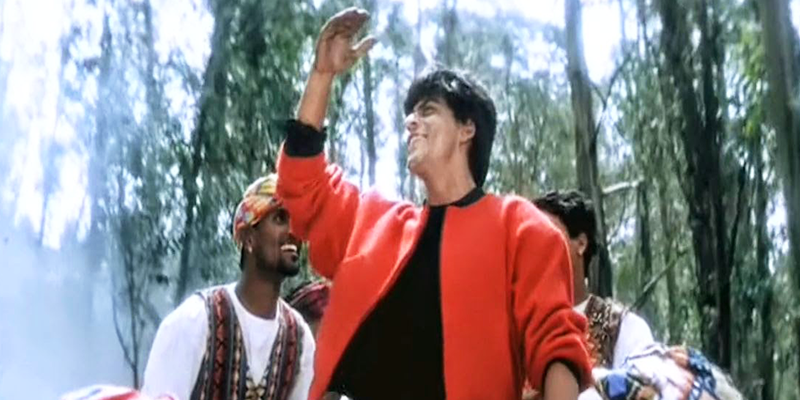 Though the movie was based on a serious story line and had only one song contributing to trains, which alone was a befitting come back to train sequence in Bollywood. Shah Rukh Khan and Malaika Arora Khan dancing atop a moving train made the Nation dance along. The pristine nature’s beauty of rocking terrain and tea plantations are beautifully depicted through trains. 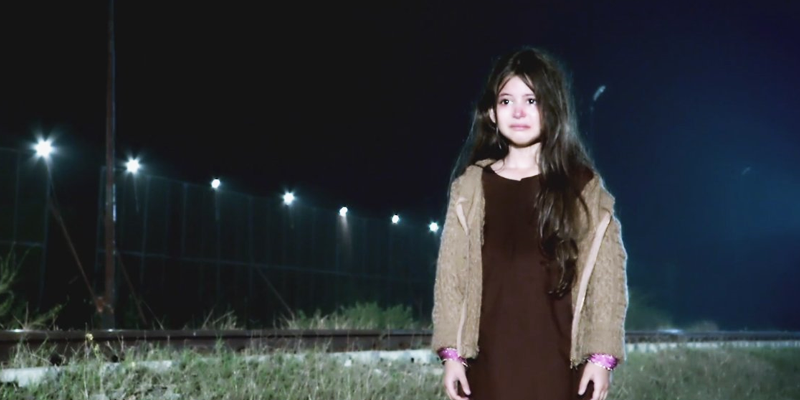 Munni definitely stole our heart without uttering a single word. Isn’t it? But this movie did what very few movies could achieve. It brought two lost souls together- India and Pakistan. The scene of Attari border railway station and train between Indian and Pakistan was definitely something could not be expressed in words. 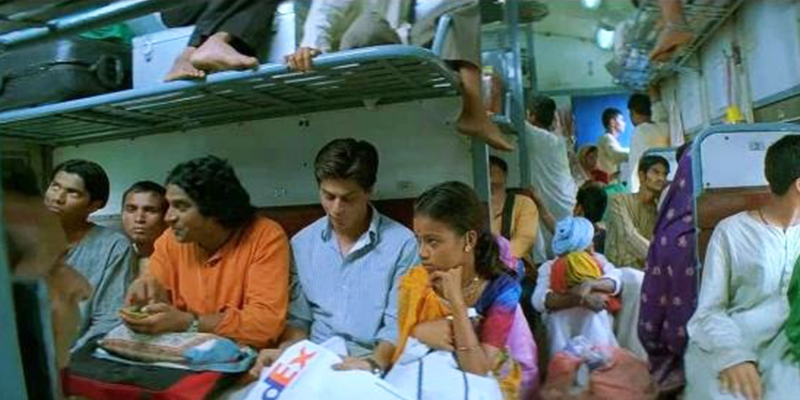 The Oscar-nominated movie is definitely a must have on this list. Travel, Love, Philosophy, and SRK was the recipe for this super-hit movie. But do you remember the scene that touched millions of heart when Mohan Bhagwat was traveling in a train and catches a glimpse of the real India and changes his mind to stay back in India? Truly inspiring for every ‘Swadeshi’ isn’t it? 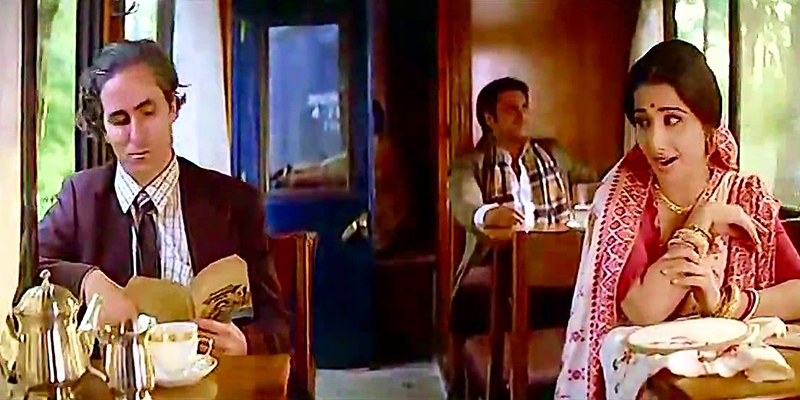 Vidya Balan and Saif Ali Khan starrer “Parineeta” depicted the scenic beauty of hills in the song “Kasto Mazaa hai railaima” and it remained one of the favorite number of Kids while taking a train ride.

So, why don’t you take your next train ride for another enchanting story to unfold – this time especially for you?