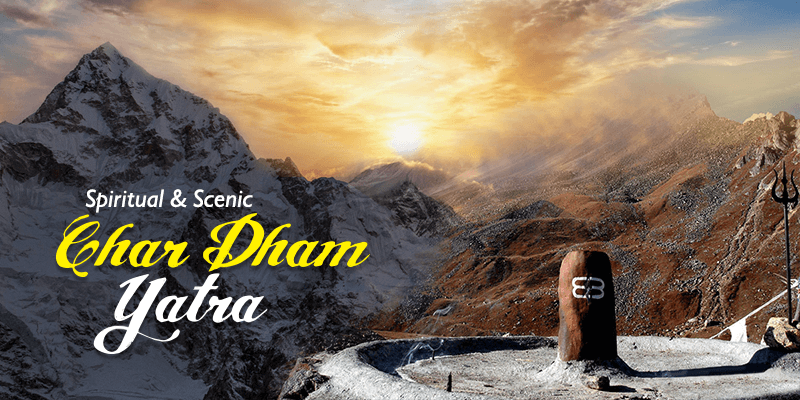 Char Dham (or 4 Dham) Yatra is one of the holiest pilgrimage trails in India. Apart from their huge religious importance, the Char Dhams are also situated in the beautiful mountains of Garhwal. The four religious centers are so auspicious that pious Hindus believe a trip to these destinations is a must to pave their way to heaven in the afterlife! With this notion in mind, each year thousands of Hindu pilgrims and many travel enthusiasts head for the hills of Garhwal. And during the Char Dham Yatra, pilgrims get a scope to traverse through the scenic terrains of Yamunotri, Gangotri, Kedarnath and Badrinath.

Any typical Char Dham Yatra tour package would provide ample scopes to explore the scenic beauty stretching from West to East Uttarakhand. The pilgrims pass through green meadows, breathtaking valleys and misty roads. The usual Yatra trail leads through the popular hill station of Mussoorie. If all walking is not a thing you like, then you can hire ponies or, even better, ride inside a decorated Palanquin like royalty! So, Char Dham Yatra (as typically projected) is not always about religious fervor. There are plenty of elements in this religious voyage that tickle the interests of a nature lover. And with that in mind we bring you highlights of this Yatra. 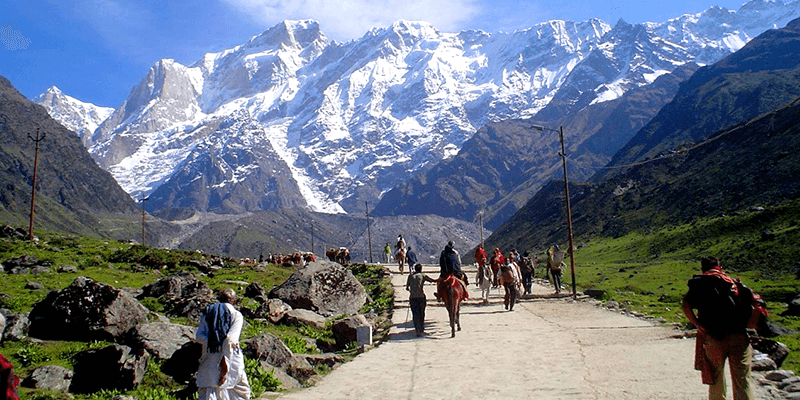 This long spiritual journey begins from Haridwar. The pilgrims flock to Yamunotri to take a bath at holy Yamuna river, which is also the starting point of Yamunotri Glacier. Haridwar is considered to be the seat of goddess Yamuna (as per Hindu scriptures) and people pay their obeisance at the Yamunotri temple. After appeasing goddess Yamuna with their homage, the pilgrims head towards Gangotri where they take a holy dip in the Bhagirathi River. After cleansing their body and mind, the devotees perform poojas and other rites at the banks of the river. It has to be said in this respect that both the above mentioned rivers tend to have freezing water temperature and taking a dip in the ice cold water is a daring feat. But religious fervor seems to win over earthly pains in this case!

Now that the pilgrims have been cleansed, they head towards towards Kedarnath with the objective of paying their reverences to Lord Shiva. Once they have kept their appointment with Lord Shiva it is turn to head towards Badrinath and ask for Lord Vishnu’s blessings. It is believed that the pilgrims who are able to complete this holy journey get a reprieve from the cycle of birth and death as their soul attains Moksha! 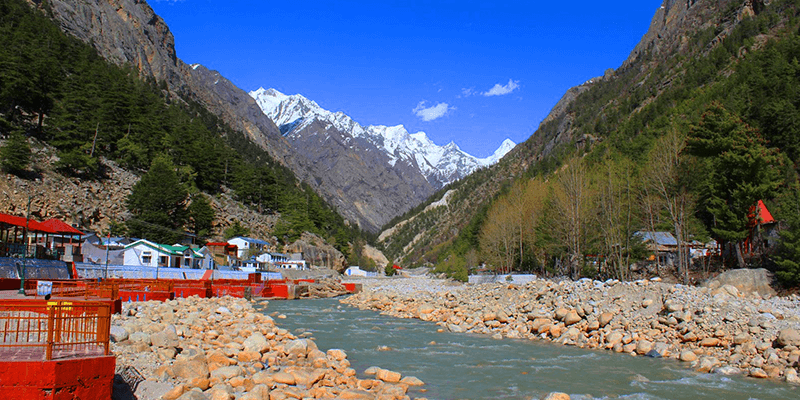 Gangotri holy site is situated in Uttarkashi district. Gangotri’s terrains are decorated with gushing fresh water streams and lush greenery all around. As per Hindu mythology, this is the source of River Ganga. The water here is supposed to stay fresh for many years. And scientific research has also backed this! The water from Gangotri is carried to Badrinath and Kedarnath, which are next stops on Char Dham tour package.

Places to visit in Gangotri 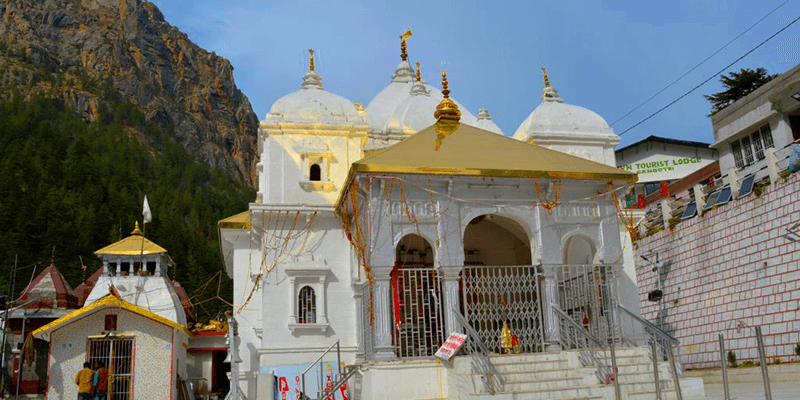 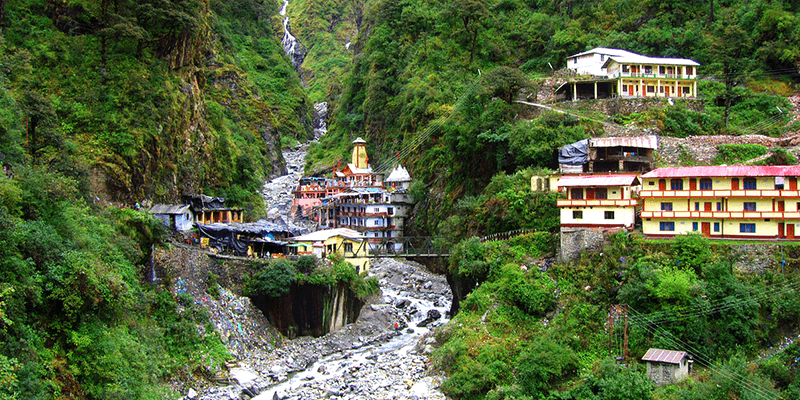 This holy town is dedicated to Goddess Yamuna. It is believed that River Yamuna originated from a spot in Kalindi mountains here. To reach Yamunotri, the pilgrims have to take a short trek from Jankichatti. However, you can skip the walk by hitching a Pony ride or journeying in a Palaquin. The costs of these two conveniences range between INR 500-1200. One of the customs of Char Dham Yatra is to prepare a potato and rice meal in the nearby Surya Kund hotsprings. This meal is taken to the Yamunotri temple and then carried back by the pilgrims as their Prasad.

Places to visit in Yamunotri 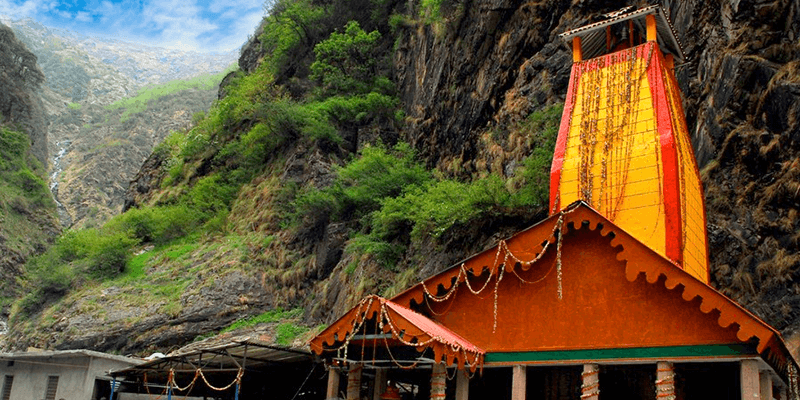 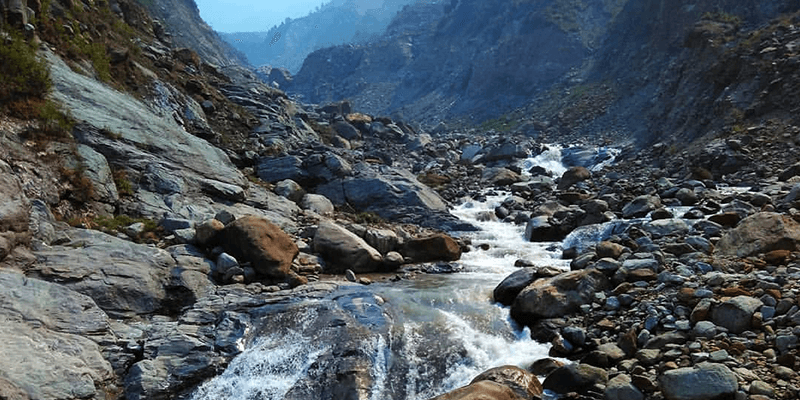 At a distance of 86 KM from Rudraprayag, in Guptkashi, lies Kedarnath. It is situated near Chorabari Glacier, which is the head of River Mandakini. Kedarnath can be reached by traversing through beautiful mountain routes, meadows, thermal springs, fabulous mountain peaks and lush greens. Out of the 12 Jyotirlingas of Lord Shiva, this is the most significant.

Places to visit in Kedarnath 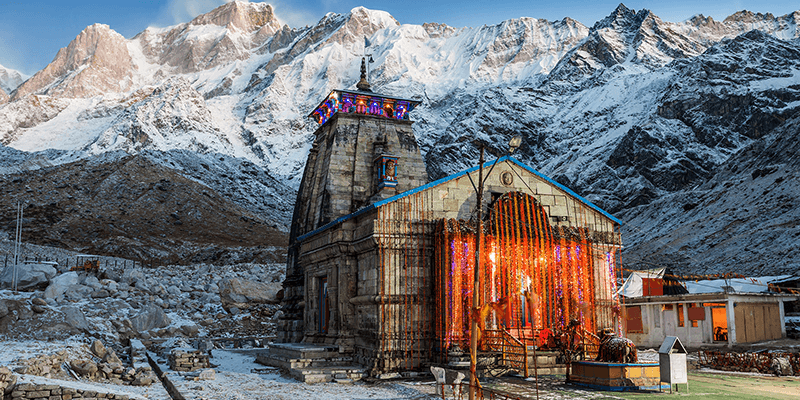 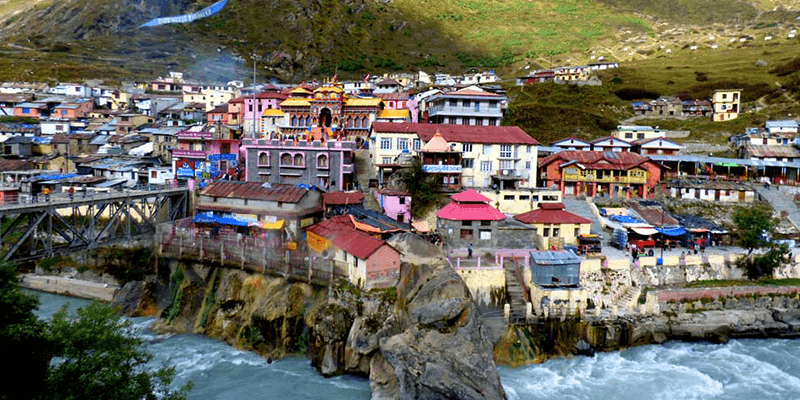 On the banks of Alaknanda River, nestled in the midst of the Garhwal Himalayas, lies Badrinath in Chamoli district of Uttarakhand. The Badrinath town is home to the holy temple of Badrinath.

Places to visit in Badrinath 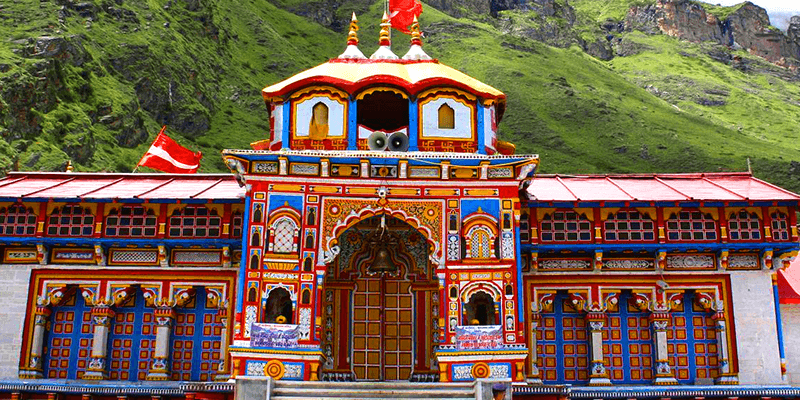 Char Dham Yatra is a must partake and it has all the right components for a perfect trip. You have adventure, religious fervor, nature viewing and unique experiences all through the trip.

Why Valley of Flowers is a MUST visit this Monsoon