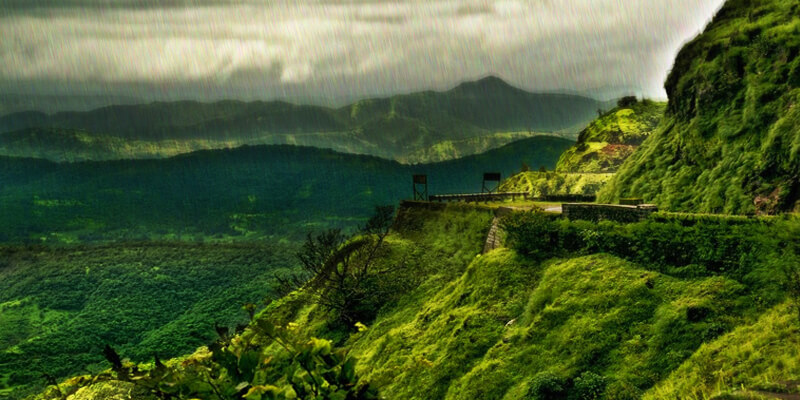 Imagine a scenario where hills and mountains around you are carpeted with lush greenery and their silence is interrupted only by the pitter-patter sound of the rain, the lakes overflowing with water and the sky oozing out thunder as you sip your cuppa and gorge on to some hot pakodas absorbing the beauty that is – Nature. Fascinated, aren’t you? The long haul of summer is finally coming to an end, and if you are around Maharashtra, we recommend some of the most exotic destinations that would be less chaotic and help rekindle your liaison with nature. 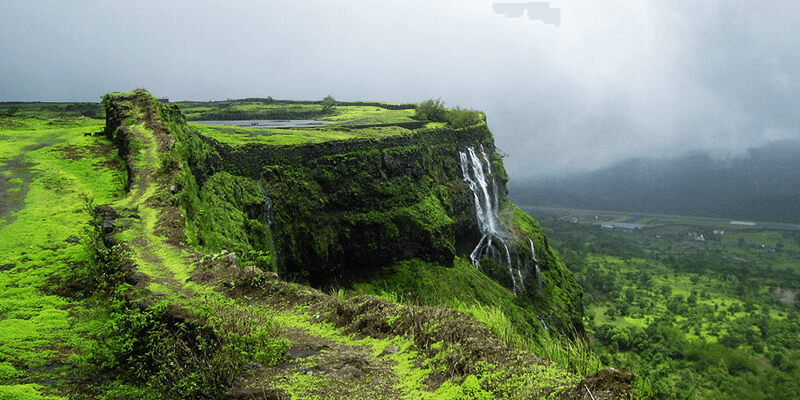 This hill station is located in the Western Ghats, on the foothills of the Sahyadri Range, and is unparalleled in its beauty. It’s a wondrous place with a stream flowing from the highest cliff called the Tiger Point. If you are an avid adventurer, take a hike and explore the famous Karla Caves, built during the 3rd century. These caves are steeped in Buddhist history. If you are a true nature enthusiast, you must catch the sunset radiating breathtaking hues on the mountains and waterfalls. The hill station also has its own railway station and all major long distance trains halt there. 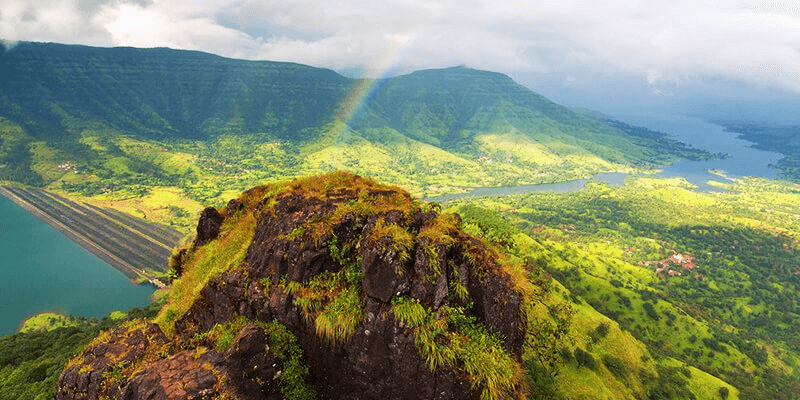 Spread over the green Sahyadri range, Panchgani is at its picturesque best during the rainy season. Getting its name from the 5 hills that envelop the hill station, Panchgani was developed as a famous retreat for the British during the colonial times. Hence, one can see an infusion of Indian and western buildings here. With the wind blowing gently against your hair, absorb the keen distinctive British architecture, while devouring some juicy strawberries. If you like monuments and history then you owe a trip to the Kamalgad Fort. Built during the Maratha period, it was used by the British to detain and execute prisoners of war. Another important historical attraction of the area is Mount Malcolm. A must visit is the Sydney Point that provides exhilarating views of the valley and Kamalgad Fort. Nearest railway station to this hill station is at Chiplun (26 KM away). 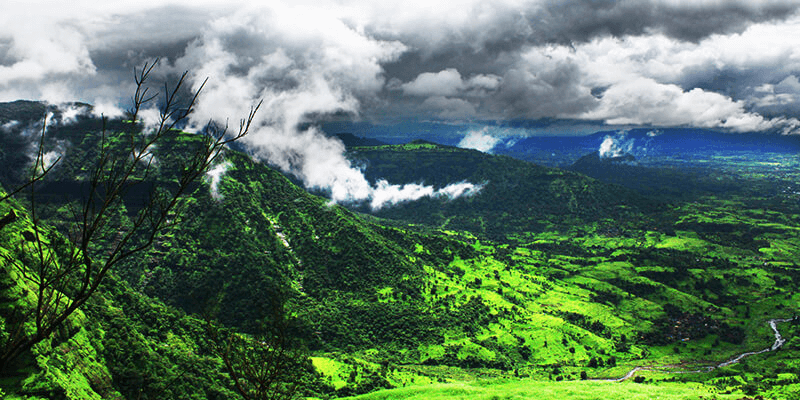 Famously known as the “Scotland of Maharashtra”, Matheran has all the elements of being an idyllic destination during the monsoon season. Nestled between the Western Ghats, the rain drenched hills provide striking views from the Louisa Point and the Panorama Joint. The hill station is also popular for its pony ride tours as it has a strict ‘no-car’ rule to avoid environmental degradation. Under the azure cloudy sky and flourishing greenery, Matheran is a small eco-friendly hill station, just a few hours drive from Mumbai and Pune. Offering a panoramic view of the lush hills and rolling plains, Matheran is the ideal destination for trekking during the rains. The Panvel-Matheran and the Neral-Matheran are the perfect trekking routes to follow and are best suited for beginners. Reaching Metheran by a toy train is half the fun, the train zig-zags its way across beautiful valleys to reach Matheran. 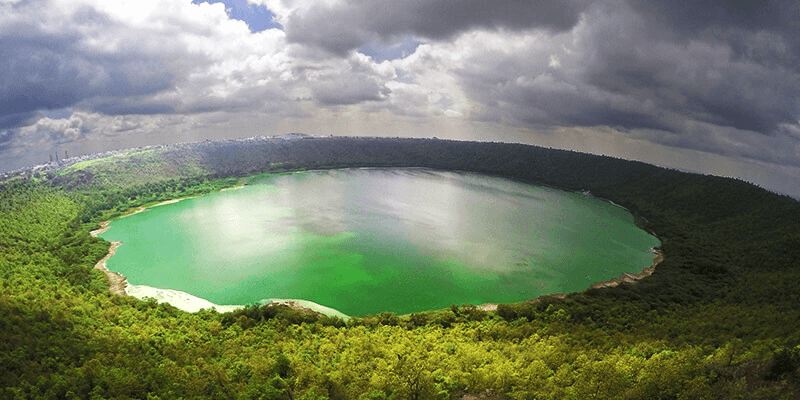 If anyone told you that Maharashtra is just dripping during the monsoons, with nothing extraordinary then trust us they have never stepped out. The Lonar lake is the most enigmatic and mysterious attraction, owing to its exclusivity. This unique salt water lake was caused by a meteor impact about 52,000 years ago. Located in the Buldhana district of Aurangabad, the lake’s most inimitable feature during the monsoons is the beautiful rainbow that covers its entire diameter. Its magnificence is increased tenfold as the rains encompass the unparalleled beauty of the lake. The colour of the water being a shade green gives it a giant emerald look. 12 temples around the lake form a graphic imagery as if they are providing an obeisance to the lake. To reach Lonar, you have to get down at Jalna railway station. 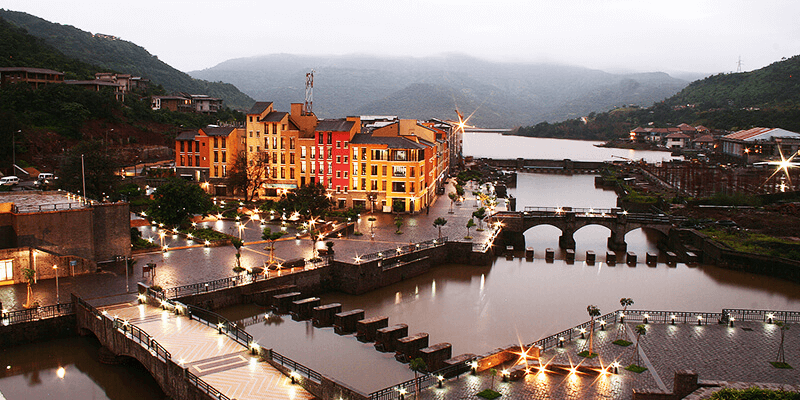 Luxuriously sprawled between the metropolises of Mumbai and Pune, the man-made hill station is spread over 25,000 kilometres. Spread over the edge of Western Ghats, Lavasa is surrounded by emerald-green plantations with a backdrop of the pristine Sahyadri ranges. The hill station sprawls across the Warasgaon Lake. The lake hosts a wide range of activities such as boar tides, kayaking, etc. From June-September, the hill sides look fresh and green as the fog covers Lavasa in a beautiful haze giving it a mystifying element. Being decorated with Italian eloquence, the well lit streets bear names such as Thicket and Celosia. The village that the town has replaced is now called the Dasve Boulevard. Lonavla railway station is the nearest access point to the city.

So, visit these monsoon attractions in Maharastra and you will be amazed by their beauty.