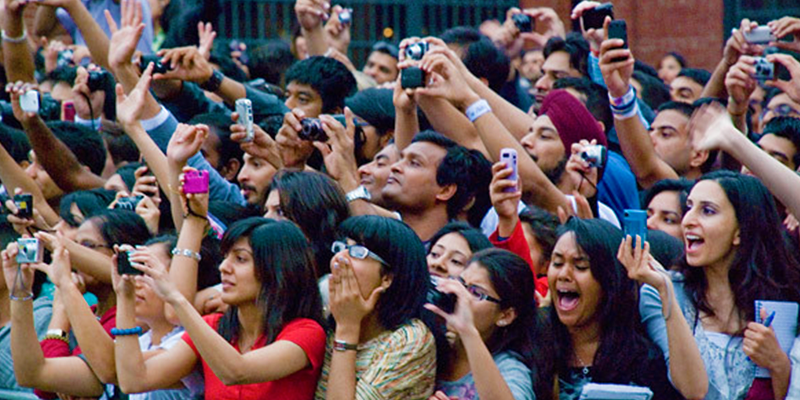 Mumbai is often called the city of dreams. Millions of people come to this city with great dreams, but only a few taste successes and a prominent chunk belong to the Bollywood industry. The stars of the silver screen have their fans scattered all across the globe, and many visit Mumbai with only one agenda – to see their stars in real life. Even a glimpse can make the pilgrimage of these diehard fans a success. For many such fans, the houses of their favorite actor are not less than a temple. But many are unaware where these celebrities put up at. So, let’s take a look at some destinations where the fans can catch their reel life stars in real life. 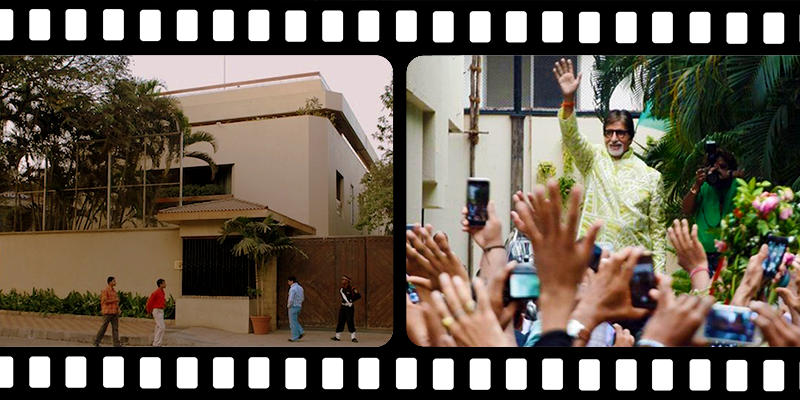 Jalsa over the years has become one of the most prominent milestones of Mumbai. Home to the Bacchan family since three decades, Jalsa is currently occupied by Big B, his wife, son Abhishek and his daughter-in-law. Located adjacent to Juhu Beach, Jalsa was not Amitabh Bacchan’s first house. His first house in Mumbai was “Pratiksha”, a lavish bungalow located behind Jalsa. Interestingly not many know that Jalsa was gifted to him by director Ramesh Sippy as a payment for his film “Satte Pe Satta” in 1982. Jalsa was supposed to be called Mansa. However, because of vaastu, the bungalow was renamed Jalsa. Thanks to his immense fan following, the road leading to the bungalow never remains silent, especially during his birthday (on October 11). And like he always has, Big B always thanks his fans. Every Sunday he waves to his fans from his window. If you wish to have a glimpse of him then book your next Sunday for a trip to Jalsa. 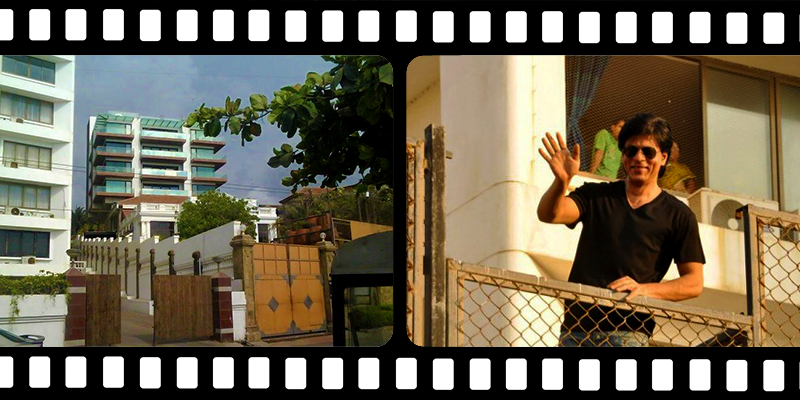 How can one miss this! This is the home of King Khan viz. Shahrukh Khan. This seven storied sea-facing marvel is located at Bandstand in Bandra West. Such is the fan following of Bollywood’s Baadshah that several hundred people visit the house everyday hoping to catch a glimpse of their favorite Bollywood star. Shah Rukh bought Mannat, his palatial ­bungalow in Juhu, because he wanted to have an exclusive prayer room. He wanted to name the house “Jannat” but due to Vaastu issues he had to rename it Mannat. He’s been quoted as saying that if he was broke, he would sell everything but Mannat. Originally, it was called as ‘Villa Vienna’ when SRK bought this sea-facing property in 2001 on a lease. It is said that today the market value of Mannat is approximately a jaw dropping ₹ 200 crores! On Sundays and his birthday (on November 2), SRK takes some time out to venture out on the balcony or window to wave to hundreds of fans waiting below. 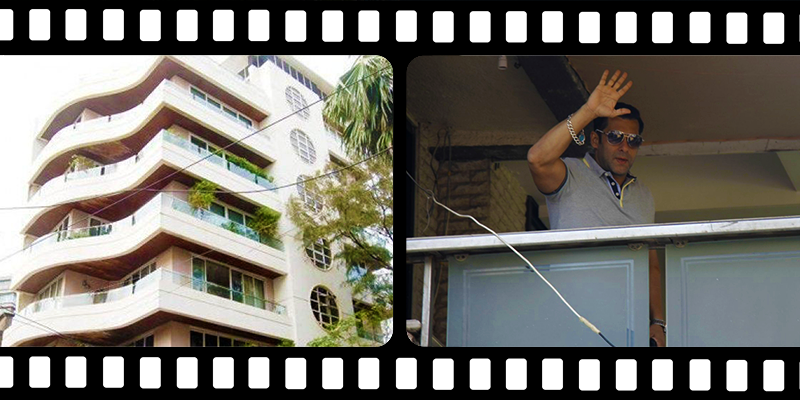 Talking about Bollywood, how can one miss the “Dabaang” actor, Salman Khan? Bollywood’s Bhai along with his parents Salim and Salma Khan stays at the Galaxy Apartments, not very far from Mannat. Salman has been residing here since his childhood days along with his celebrity brothers Arbaaz and Sohail. The actor is deeply attached to his childhood memories associated with the building. Salman Khan and his family celebrate all the major festivals at this house. On Eid, Ganesh Chaturti and Salman’s birthday (on December 27), large crowd of onlookers stand across Galaxy Apartments to catch a glimpse of Salman Khan and the celebrities who come to his house. He greets his fans during Eid. 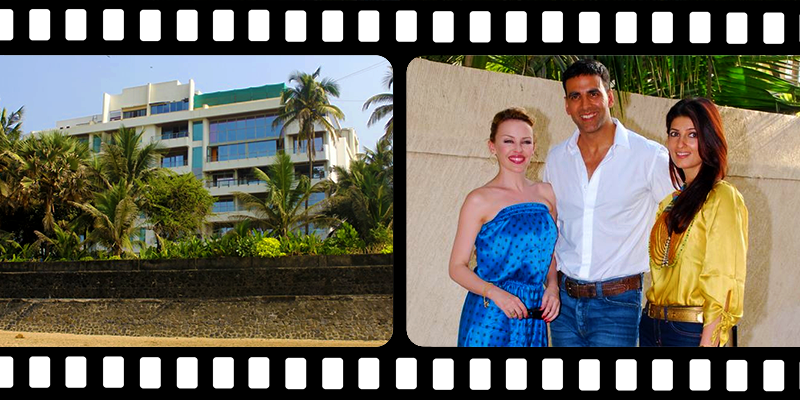 Prime Beach belongs to Khiladi Kumar of Bollywood. Yes, none other than Akshay Kumar. Located in Juhu, this iconic house offers the Kumar’s unrestricted view of the Sea. He lives here along with his wife Twinkle Khanna and his son Aarav. This house has an interesting history. Apparently, in his struggling days, this house was a location of Akshay Kumar’s first photo shoot. Years later, the superstar returned here, this time to buy the land. His wife has filled the house with number of paintings and artifacts. Contemporary art, family photographs filled with close memories transforms the duplex apartment into a private haven—a lush sanctuary amidst the urban chaos. He is always ever ready to greet his fans with a smile to die for! His bungalow is filled with his fans especially during his birthday (on September 9). 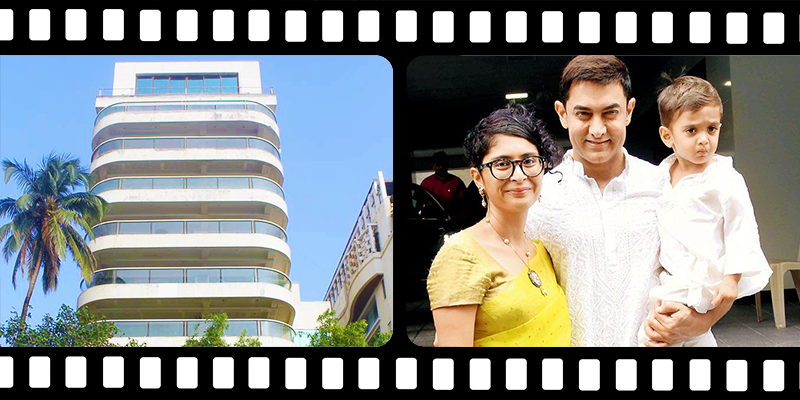 The indoors and outdoors of this apartment are designed with a mixture of Asian and European elements. It seems that everything is designed by a perfectionist without any flaws. And no prizes for guessing who owns it! Our very own Mr. Perfectionist aka Aamir Khan! Spread over an area of 5000 sq.ft area Bella Vista, located in Pali Hill is the residence of Aamir Khan and his wife, Kiran Rao along with infant son Azaad. Aamir Khan spent his childhood here along with his parents and his brothers. In 1995, he bought two larger flats in the same apartment complex and joined them to make a single whole apartment. This is the very house he resides in now. Aamir greets his fans through his window during Eid and his birthdays (on March 14). 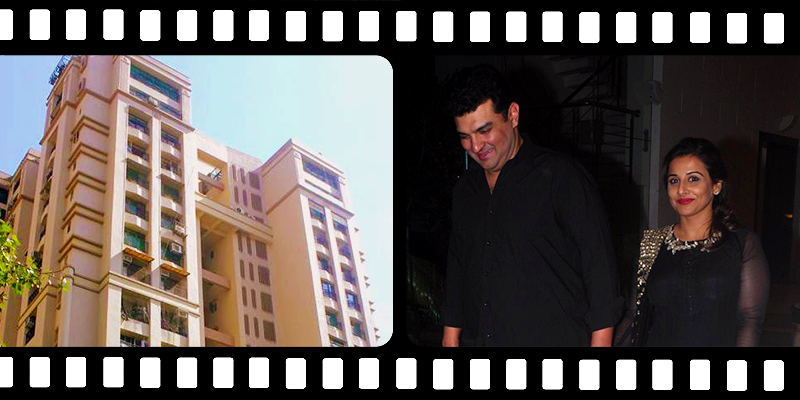 Praneta Apartments on Juhu Tara Road is home to not one or two but three Bollywood celebrities. Bollywood’s hearthrob Shahid Kapoor, Piggy Chops viz. Priyanka Chopra and the Kahaani girl, Vidya Balan and her husband Siddharth Roy Kapur stay in this very apartment. Apparently Shahid Kapoor stays at first floor and Vidya Balan on the top floor. Priyanka Chopra stays in the same complex but in a separate wing.