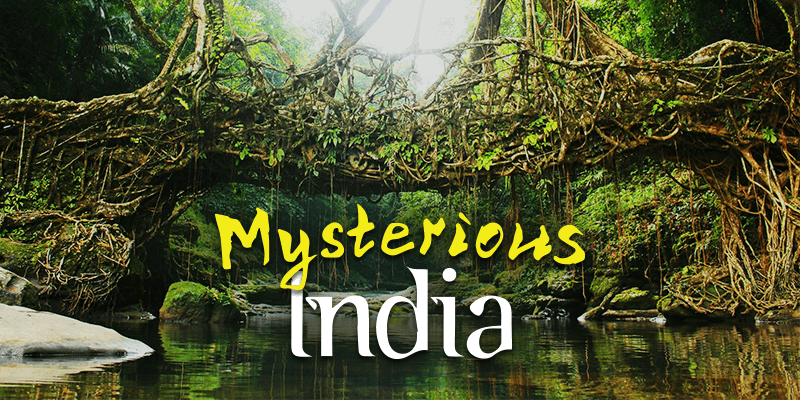 India is full of mysterious places and stories spanning back over the centuries, that are just beckoning to be explored. Some you may have heard of, but some rare places in India will take a little more to get to know.

So, here we present to you again some of those mysterious places in India, that will leave you in sheer awe, whether you travel to an on or the off-beaten path. 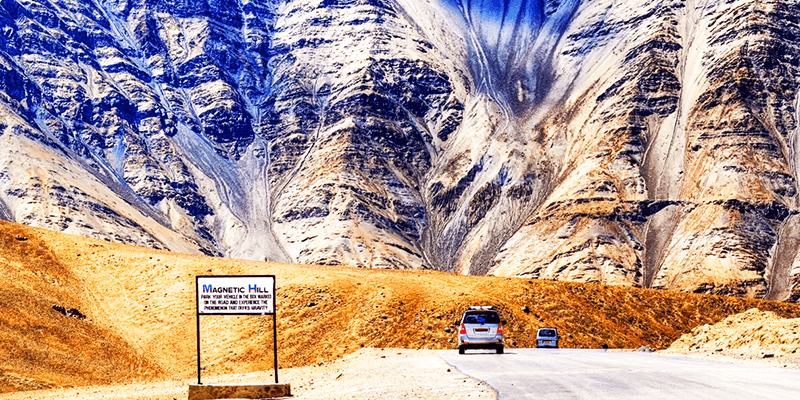 We all are aware of the vehicle slipping downhill, but did you know it can go the other way round? Yes, there is a hill in Ladakh that is believed to be magnetic. Just park your car, leave it in neutral and see the magic unfold in front of you. You will see your vehicle ascending uphill on its own. This place is popularly known as the ‘Himalayan Wonder’.

How to reach: The best way to explore the terrains and beautiful scenery of Ladakh, is to take on a road trip. Ideally, road trips from Manali serve the purpose. 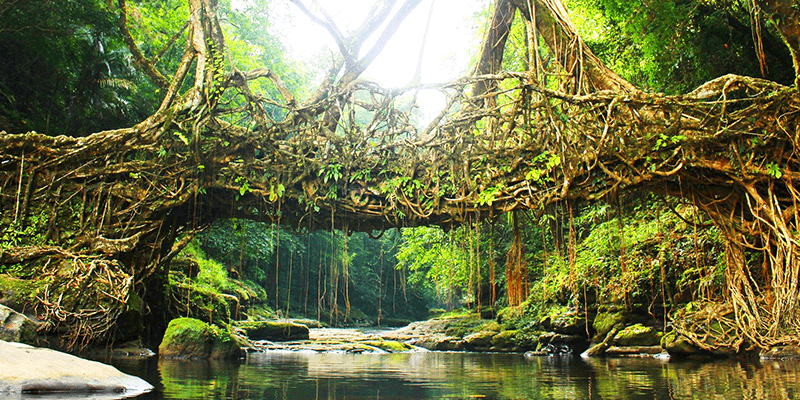 About 180 years ago, villagers (especially the Khasi tribe) in Meghalaya had devised a solution to cross the forever-flooded streams in the forests which also harnesses nature in its purest form. They grow their own living bridges. Using the roots of the rubber fig trees, they weaved an elaborate system of living bridges, some of which are said to be even 500 years old.

These extraordinary examples of living architecture are also the lessons in patience since they take about 15 years to grow. With age though, the living root bridges grow stronger and can often support the weight of 50 or more people at a time! A spectacular natural wonder indeed!

How to reach: Guwahati is the nearest railway station. The state has a good road network and you will easily find buses to Shillong/Cherrapunji. 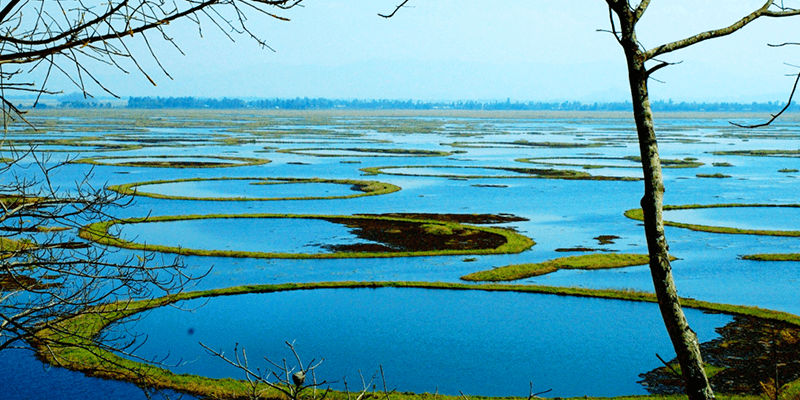 Loktak lake, the largest freshwater lake in north-east India is also the largest and the only floating island in the world. This is due to a lot of phumdis on its surface. Phumdis are basically the heterogeneous mass of vegetation, soil and organic matter at various stages of decomposition.

The lake is home to 233 species of aquatic plants, more than 100 species of birds and 425 species of animals. What makes the Loktak Lake even more special, is the Keibul Lamjao National Park located in the southwestern part of the lake. It is the world’s only floating national park and is home to the endangered Manipuri brow-antlered deer, Sangai.

How to reach: Nearest railhead is at Dimapur(215 km). You can reach the lake by boarding a bus or hiring a private taxi from the station. 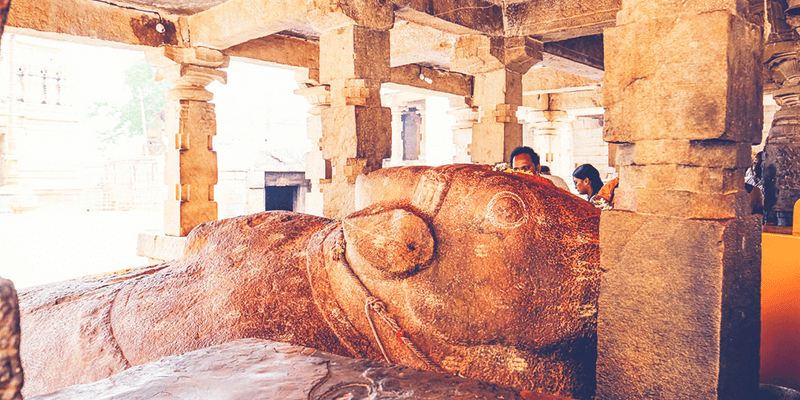 Yaganti Uma Maheswara Temple located in Kurnool district of Andhra Pradesh is dedicated to Lord Shiva. The other deities worshipped here are Goddess Parvati and Nandi, the bull. The interesting fact about this temple is that the Nandi idol has been found to be increasing in size, year by year. The locals claim that the idol was much smaller initially and has grown over time. 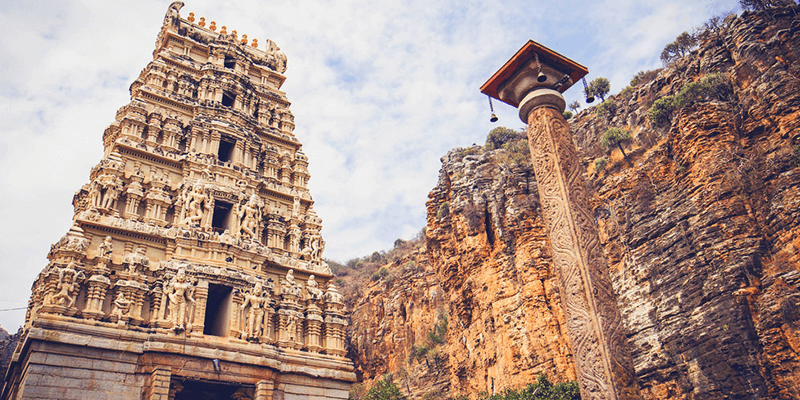 Researchers say that the rock used to carve the idol has an enlarging nature associated with it. And that the idol’s size is bound to increase by an inch in every 20 years.

How to reach: The nearest railway station is Nandyal Railway Station located(55km). The station is connected to cities like Hyderabad, Bengaluru, Hubli and Goa. Buses are also available from Banaganapalli, which is located around 11km away from the temple. 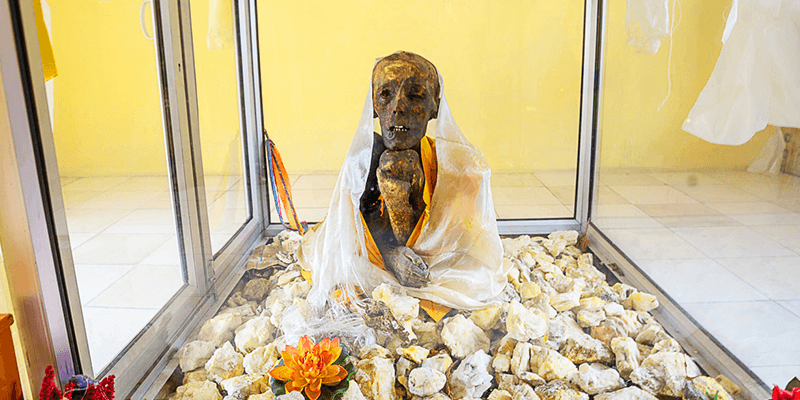 Geu is a small settlement at an altitude of 10,000 feet, between the towns of Sumdo and Tabo in Spiti. The village is as mysterious as it can be. Besides its curvy roads accompanied by wind-sculptured moonscapes, at one corner of the village also lies a famous shrine with 550-years-old Tibetan mummy resting inside a glass box.

The crouching mummy of 15th century belongs to the Buddhist monk, Sangha Tenzin. The mummy has his chin resting on the knee and one hand wrapped around the legs. The entire body dried up through a natural process, and even today its eyes and hair are intact. The mummy was uncovered, back in 1975, under a stupa during an earthquake. 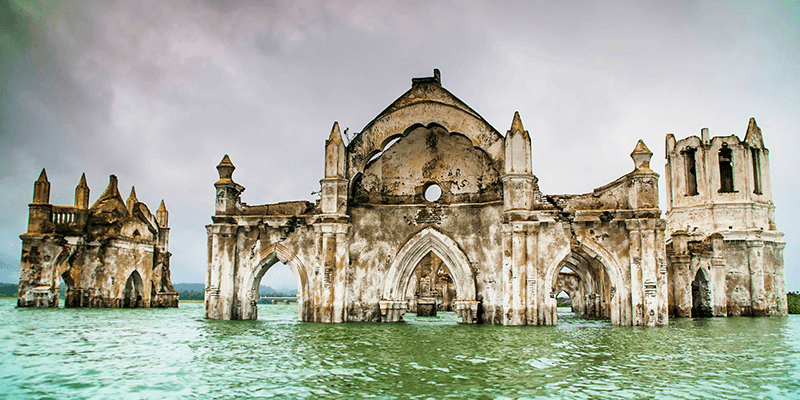 Have you heard of a church that drowns every monsoon and submerges back during the summers? The Shettihalli Rosary Church located around 22km from Hassan in Karnataka is one such structure that is in ruins, yet a wonderful piece of art that has stood the test of time.

This Gothic church was built in 1860 by the French missionaries. Later, in 1960s Gorur reservoir was constructed so that the water of Hemavathi river can be used in a better way. Subsequently, the collateral damage during the process led to submersion of around 28 villages around the river in flood. Today, the church is home to some birds and is a silent place where you can spend a lazy evening after a hectic week at work.

How to reach: The nearest railway station is at Yesvantpur. There are easily available taxis, buses and local trains to Shetihalli. 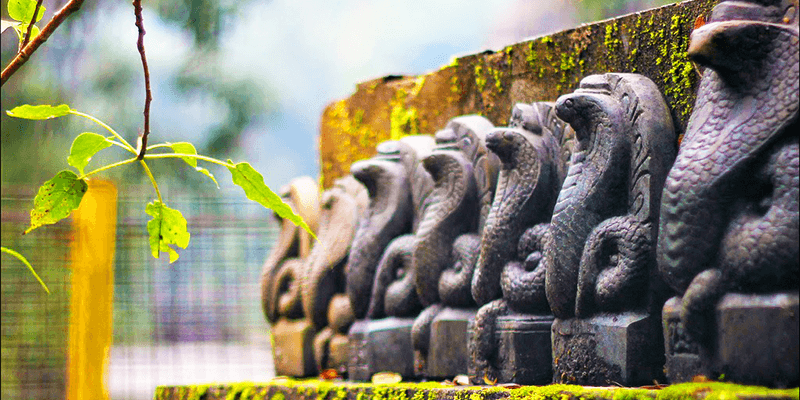 Shetpal village, located in Sholapur district of Maharashtra, is an unusual place where snakes especially Indian cobras, roam around freely even inside houses of the village. Shetpal often referred as the ‘Land of Snakes’, has a bizarre custom where each house in this village features a resting place for dangerous cobra snakes in the rafters of their ceilings.
Villagers of Shetpal worship the copper image of seven-hooded cobra over the Lord Shiva idol at Siddheshwar temple. They believe it is their duty to provide shelter to the snakes. The astonishing fact is till date not even a single case of snake bite has been reported.

How to reach: The nearest railway station is at Solapur. Buses and taxis are easily available to the village. 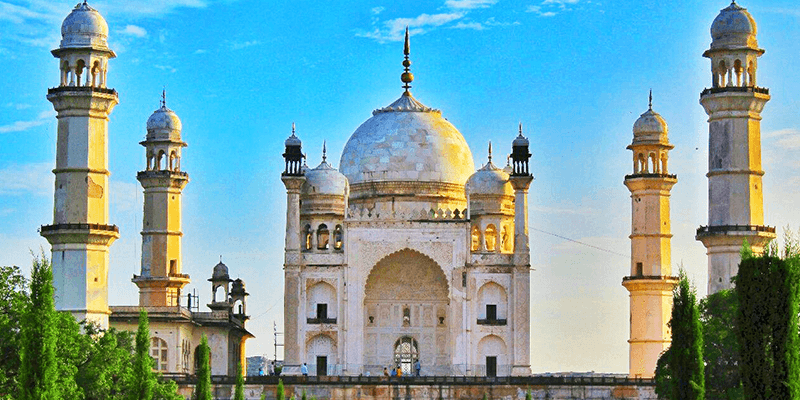 Everyone knows of the Taj Mahal, but in Aurangabad further south, you can find the “poor man’s Taj” – a sad, little monument mimicking its big brother up in Agra. The Bibi Ka Maqbara was built in the 17th century by the son of Emperor Aurangzeb in honour of his mother, Dilras Banu Begum. Situated in Aurangabad, the mausoleum was designed by Ata-Ullah, son of Taj Mahal’s principal architect. Made with an intention to rival the Taj Mahal, the monument became a poor copy due to budgetary constraints.

How to reach: The nearest railway station is at Aurangabad. Private and state buses are easily available from there to the mausoleum. 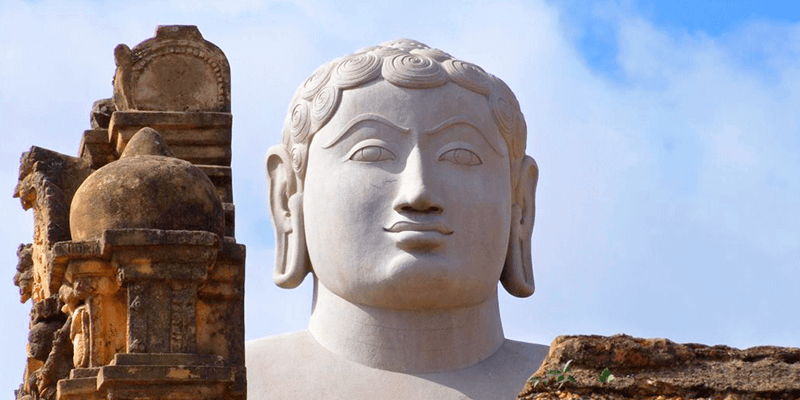 At a staggering height of 60 feet, Gomateshwara statue which is popularly known as Baahubali is the largest monolithic statue in the world. The Gomateshwara Statue is situated on the top of Shravanabelagola hill, in the state of Karnataka. The Gomateshwara statue was built by Chamundaraya (a poet and minister belonging to the Western Ganga dynasty).
A completely stripped statue, several inscriptions can be found at the bottom of the statue which describes the ancient Kannada architecture. A famous pilgrimage for Jains, it can be viewed from a distance of 30km.

How to reach: Shravanbelagola has its own railway station. Local autos and buses will easily take you to the pilgrimage.

A village with no locks and doors, Shani Shignapur 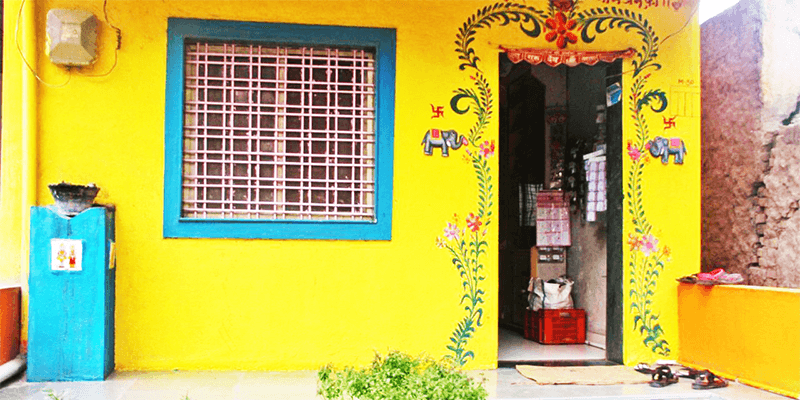 Believe it or not, there’s a village in India where none of the 300-odd buildings – homes, educational institutions, and even banks – have doors. Cash is stored in unlocked containers, as are valuable pieces of gold jewellery. The residents of Shani Shingnapur village in the state of Maharashtra do not feel the need for security measures because of their undying faith in the local deity Shani, the God of Saturn.
How to reach: The nearest railway station to the village is at Rahuri(32 km). You will easily get local buses or private taxis to reach the village.

It is often said that the road less travelled, takes us to the memorable places. And you will have a plethora of such places in India to unravel and explore.

ALSO READ: Mysterious Places in India – Part I, The Other Taj’s

6 Historic places you must definitely visit in Aurangabad