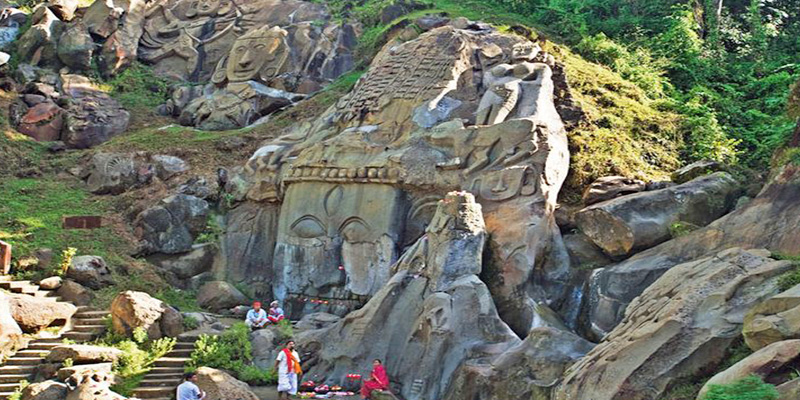 Unakoti, mountains with stone carved images of god and goddesses and a place of archaeological wonders. It is a hidden gem of India’s heritage and archaeological wonders which will not only amuse any traveller but also showcases the eternal work of the ancient sculptors. Unakoti is an example of finely executed and intricately designed rock-cut images belonging to the 11th and 12th century A.D.  Apart from its religious significance, Unakoti is a major tourist attraction because of its lush greenery and spring descending into the rivulet casting a magical spell on the beholders.

There are large numbers of rock-cut sculptures here, but the major attraction is the 30 feet high statue of Lord Shiva known as the Unakotishwara Kal Bhairava. The Headdress of the statue is 10 feet high. There are also figures of other deities including Goddess Durga along with her lion. There is an enormous sculpture of Lord Ganesha and Nandi Bull as well telling mysterious stories of their presence. 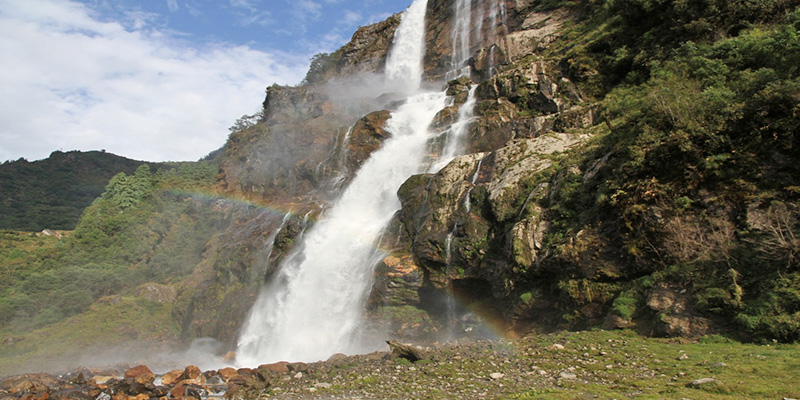 Unakoti, as the name suggests that is one less than one crore gives a picturesque view of the natural wonder. There are several stories associated with the place but the exact details of these stone carved God and Goddesses are still a mystery. It is believed that Lord Shiva along with other one crore deity was moving to Kashi and planned to halt here for that night. He asked all the God and Goddesses to wake up in the wee hours of the morning and leave for Kashi but the next morning only Lord Shiva woke up and thus an enraged Shiva cursed all the deities to turn up into stone.

The beautiful paradise of nature has so many alluring stories for the visitors and has various reasons to lure the history buffs. If you are travelling to Unakoti don’t forget to carry your camera as the place offers some amazingly good views to click for the photo fanatics. Interesting theme, vibrant landscape and fabulous design mark the essence of this beautiful creation of God. So enjoy a fulfilling outing at Unakoti.

Note: Unakoti lies 8 km away from Kailashaher and 178 km from Agartala. The nearest Railway Station is Kumarghat on the Lumding- Agartala Line, about 20 km away. Singerbhil Airport at Agartala is the nearest airport which is 200 km away to reach Unakoti.

The Charming Jampui Hills of Tripura

Mangalajodi: An Absolute Heaven for Bird Watchers and Nature Lovers