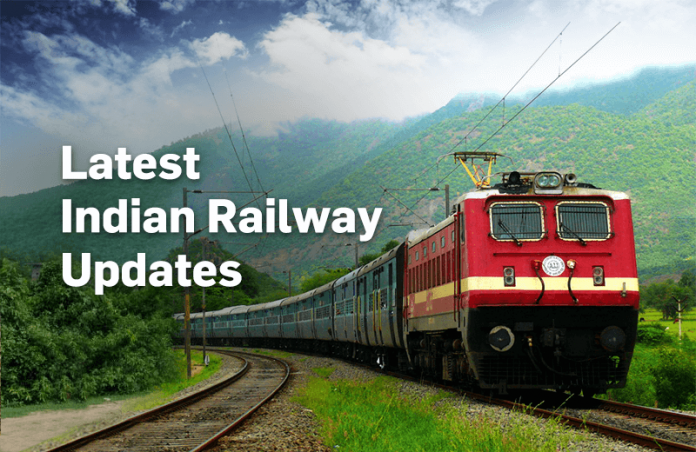 Indian Railways extended the services of 46 Festival Special Trains for travellers who are now returning back from celebrating festivals from all over the country. The timings of these special trains have been revised with effect from December 1, 2020. Here’s the rolled out list of festival special trains by the Indian Railways:

The Indian Railways recently caught the attention of many travellers who had planned their journeys back after celebrating popular festivals, like Deepawali, Dussehra, Chhath Puja.  If you are also someone who has booked a train journey with the Northern Railways, then this information is important for you.

Due to some technical and security reasons with ongoing farmer agitation, the North-western railway has canceled a few daily trains till December 1, 2020. Here’s the list:

At RailYatri, we offer the latest Indian Railways information. Stay tuned & stay updated with us. Wishing you safe and happy journeys!

(20/11/2020) – Special trains canceled/ short terminated by Indian Railways due to the ongoing Farmer Agitation in Punjab. Here’s what you need to know!

Farmer groups in Punjab have been protesting against the new Farm Laws by blocking the railway tracks in several locations not allowing passenger or even goods trains to pass. There is an uncertainty to when the rail blockade will end therefore Indian Railways recently announced the cancellation/ short termination of certain special trains. Here’s the list:

Click Here to read the Official Tweet from the Western Railways on trains cancellations and short termination.

Stay tuned with RailYatri for details on Indian Railways and plan your train journeys better!

Are you planning a train trip this festive season? Well then here’s an important Indian Railways update for you. Railways had earlier announced the commencement of Festival, special trains for diwali and Chhath puja celebrations. However, due to certain reasons, a few of the running trains have been diverted or cancelled.

Trains running from Kota-H.Nizamuddin, H.Nizamuddin-Kota, Kota-Udhampur have been cancelled by the railways due to the ongoing Gurjar agitation near Hindaun City and Bayana Junction.

Western Railways trains have been affected by a large number of trains being cancelled or diverted. Due to the ongoing Gurjar agitation in Rajasthan and Kisan agitation in Punjab.

Here’s a complete detailed list of Spl trains under Western Railways that have been cancelled or short-terminated. Click on the official tweet below for full information!

Find RailYatri blogs helpful? share with your family & friends and help them stay updated too.

We wish you safe and happy train journeys!

The suburban trains, also known as the local trains are considered the heart of Mumbai and many are dependent on these running local trains. Keeping this in mind, Railways has allowed passengers to travel in suburban trains in a staggered manner.

Earlier, only 704 Special suburban trains were running for Essential Services Staff. The increase in the number of these daily trains will help maintain social distancing and avoid overcrowding.

Although the fight against the novel coronavirus has not yet ended, Indian Railways urge travellers, commuters to take precautionary measures to keep themselves safe and follow railway rules laid down by the government like, reach station at least 90 minutes before the train’s departure, cover your face using face mask, only come to the station if you have a confirmed journey ticket, wait-listed passengers will not be allowed to enter the station, bring your own food, water and other consumables for a complete contactless journey. Medical and social protocols mandated for COVID-19 should be followed by all travellers.

Diwali Celebrations, Chhath Puja and many more festivities are right around the corner. In light of the upcoming festivals and expected rise in train passenger rush, Indian Railways has decided to run 46 (23 pairs) more special trains for everyone’s safe, comfortable and happy journey. All 46 trains will go to different districts of Uttar Pradesh and Bihar.

Here’s the complete list of 46 (23 pairs) more special trains. Book your train now, and confirm your train ticket with RailYatri.

These Festival Special trains will run in all popular destinations across the country such as Kolkata, Patna, Varanasi, Lucknow, and many other cities. These 196 pairs of trains will offer service to the growing passenger rush in the holiday period of Durga Puja, Dussehra, Diwali, and Chhatt Puja. These trains will have mandatory AC coaches keeping in mind the safety of all passengers.

Here’s a full list of the 196 pairs of Festival Special Trains. The scheduling of these trains will be announced soon. Stay tuned to RailYatri App for updates!

Travellers can book tickets easily online or through PRS ticket counters. Recently, in the month of October itself, the Indian Railways had approved services of 39 more special trains which too will operate successfully along with the 392 Festival Special trains.

What are you waiting for? Quick book train tickets NOW with India’s most trusted RailYatri App (IRCTC Official Partner)

Here is the list of new special trains that are to be introduced:

Train ticket booking, seat availability will now be available 30 minutes to 5 minutes before trains’ actual time of departure. Indian Railways has finally announced the restoration of an old system (PRS) of Second Reservation Chart 30 minutes before the departure time of all running special trains.

Here’s all you need to know!

(24/09/2020): Good News for travellers: Railways may announce 100 new special trains in October for the festive season!

The much-awaited festive season is approaching including Dussehra, Navratri, Diwali, Bhai Duj, and Chhath pooja; Indian Railways is expecting a surge in the number of trains ticket bookings. An announcement of 100 new trains is expected by next month.

In India, travelling on trains is the most common and preferred mode of travel for covering larger distances. Every year during the festive season in the country, the surge in travel demand is always higher than the entire year. Keeping this in mind, the Indian Railways is assuming high demand in train bookings again in the upcoming festive season in October, 2020, hence decided to add 100 more new special trains very soon.

From these 40 trains, 10 trains will operate between Bihar and Delhi under the East Central Railways. These trains will originate and terminate in Bihar at Saharsa, Rajendra Nagar, Rajgir, Darbhanga, and Muzaffarpur. The two trains operating under the Northeast Frontier Railway are also from Bihar route: Katihar⇌ Delhi.

The Northern Railway will also run 10 trains which will operate between Delhi⇌Bihar, West Bengal to Delhi, Punjab to West Bengal, Uttar Pradesh to Delhi.

Indian Railways has announced to run 40 clone (duplicate) trains from September 21 due to the high demand on few specific routes. These trains are to run at least two hours early to the already running 310 special trains. These clone trains will run fully reserved with limited stoppages being limited to operational halts.

The reservation period of these clone trains will be 10-days. The announcement of more trains running has brought relief to waitlisted passengers on routes with a high demand for train travel.

Here’s the detailed list of 20 pairs (40 trains) of clone trains:

Stay Tuned! with RailYatri and receive all the latest railway updates. Railway travellers can now plan their train journeys without a hiccup – Download the RailYatri app for instant Train Ticket Availability, check Train Time-Table even without the internet, get correct PNR status & more.