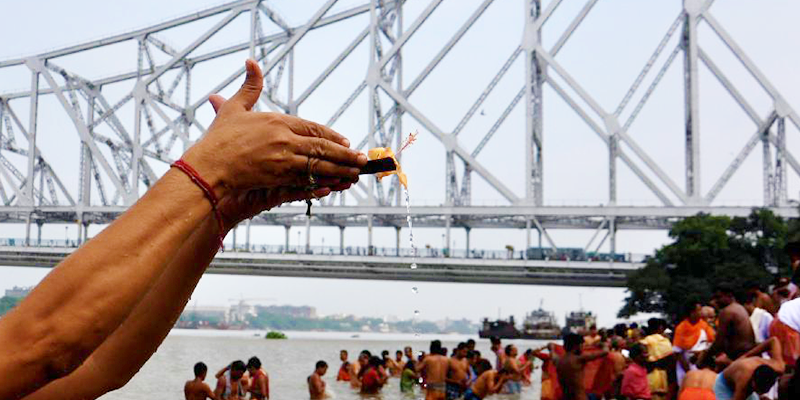 With Mahalaya just a few hours away, Durga Puja festivities have already begun in Kolkata. It is a time when the ghats of Kolkata come into limelight. Though ghats, built on the bank of the river Hooghly, hold special significance in everyday life, on Mahalaya gain a completely new perspective. People come in hundreds to offer Tarpan (or homage to their ancestors) on the day of Mahalaya. The rituals of Durga Puja start and end at these ghats. Not many would know, that the structure (or Kathamo) for Durga idols is mostly reused from last years and they are bought at these ghats. The idols are also immersed to culminate the puja here at the ghats.

The significance of these ghats is clear from their mentions in great works by eminent poets and historians. With their age-old markets, parks and bathing spots, the ghats still reminds us of bygone Calcutta. The ghats of Kolkata are much more than just spots to board/de-board from boats. To imbibe the true heritage of fast changing Kolkata, a visit to some of the age-old ghats is necessary. Now, let us take a trip through some of the iconic ghats of Kolkata and see what they have to offer. 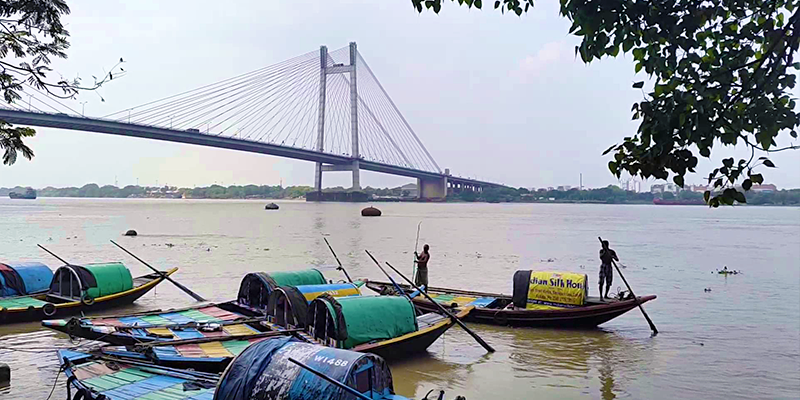 James Princep came to Kolkata in 1819 as the Assistant Metal Examiner of the Kolkata Mint. He was also a scholar, a chemical scientist, Indian coins specialist and inscription reader and the honourable secretary of the Asiatic Society. The people of Kolkata wanted to remember him after his untimely death at the age of 40 and hence The Princep Ghat was opened for the public in his memory in 1843. You can visit Princep Ghats on a rainy or sunny morning to watch the beauty of the river and a majestic view of the Howrah Bridge. Watch the boatmen sing while they work, and soak in the feel of true Kolkata. You can also take boats from Princep Ghat to Belur Math and Dakshineswar temple and discover these subtle peaceful and charming get away from the city. 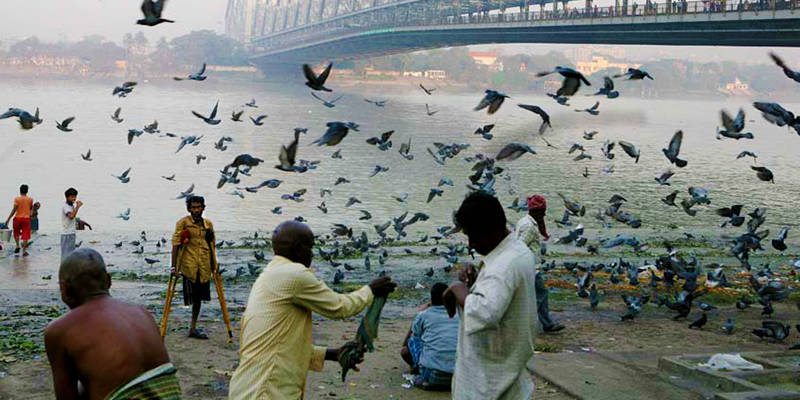 In the 19th century, Outram Ghat was built by the British in memory of Sir James Outram. During the colonial rule, this ghat served as an important port and ships sailed to East Bengal and Burma from here. In present times, Outram Ghat has become a foodie’s delight and offers the most delicious Phuchkas and Bhelpuris. You can also be touristy and hire boats to take a tour of the Hooghly river or make road trips to Victoria Memorial, Maidan, Millennium Park and Race Course from here. The skyline of the opposite bank during sunset makes it a perfect destination for landscape photography and brings in that “Old Calcutta feel”! 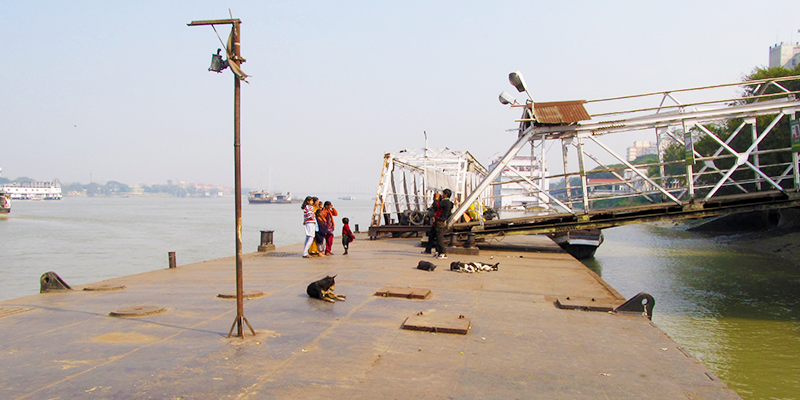 Babughat or Babu Raj Chandra Ghat was built in 1830 in memory of Babu Raj Chandra, late husband of Rani Rashmoni, the zamindar of Janbazar. It is the second oldest ghat of Kolkata and the marble table beneath the pediment implies that Lord William Bentick aided in the erection of this tall colonial structure. Today’s Babughat is bustling with passengers who ferry across Hooghly river towards Kolkata from Howrah station or vice versa. It is one of the hotspots for Durga puja idol immersions. Ferries from this ghat take you to Chandpal, Telkal Ghat and Bally. The BBD bus terminus, Eden Gardens, Kolkata Circular Railway railway station, Netaji Indoor Stadium, Calcutta High Court, Writer’s Building and Millennium Park are also close by this ghat. 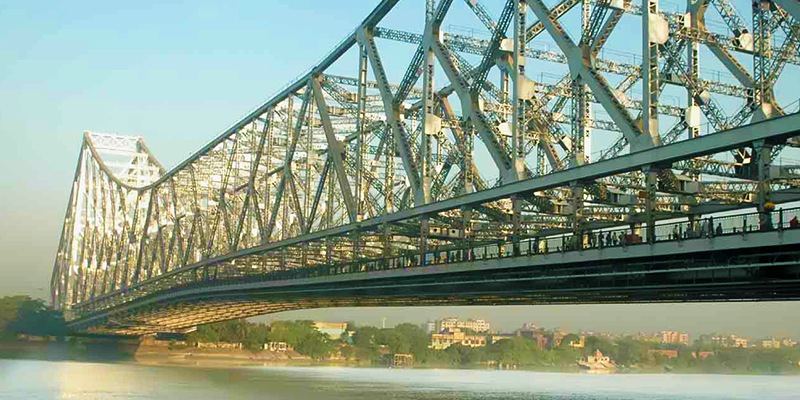 Ahiritola Launch ghat is one of the most prominent and functional jetties around North Kolkata which was established by Babu Raj Chandra. This ghat opens at 5:30 AM and operational till 9 PM providing regular ferry services to Bandhaghat, Baghbazar and more importantly to Howrah station. Take a ferry from here to Howrah station and the boat will pass right under the Howrah Bridge offering some of the best shots of this iconic structure. 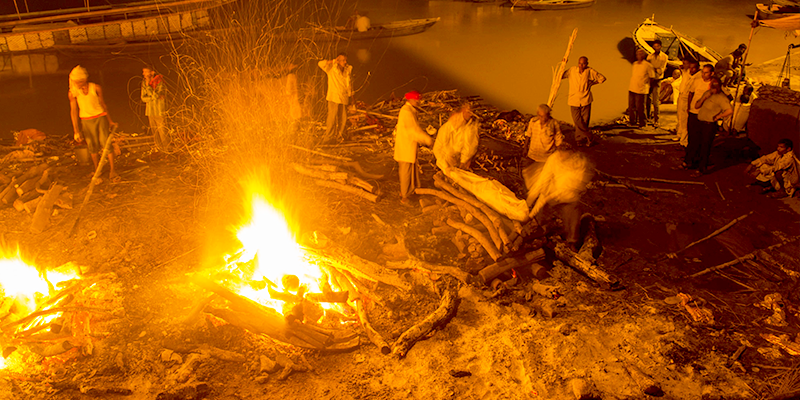 This prominent burning ghat was established in 1927. Often attributed as haunted, this ghat is a place of grim business with around 80 bodies cremated every day. Outside the crematorium complex, the ghat bustles with flower vendors and local tea stalls serving samosas, biscuits and of course tea. The ghat also boasts of a memorial site for Rabindranath Tagore, which is a must see for all literature fans. 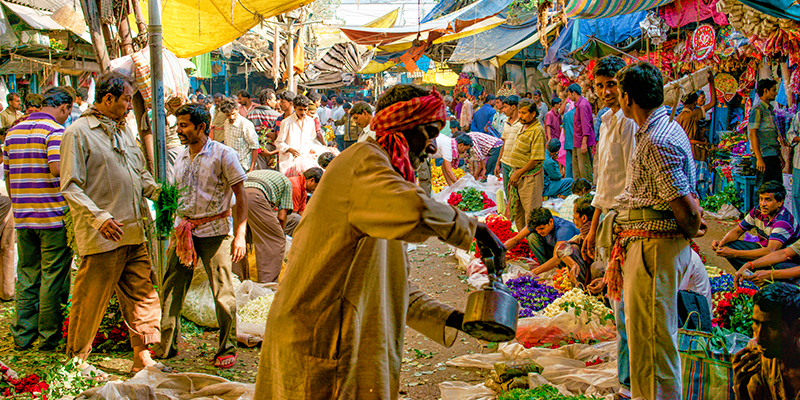 Situated exactly opposite to the iconic Howrah Bridge (on Kolkata side) is this important ghat. Though it was originally used for waterways transportation but today it has become home to the largest wholesale flower market in Kolkata. This ghat is a photographer and flower lover’s paradise. You need to reach the ghat around dawn if you want spectacular pictures. While here, do not forget to have the chai in earthen pots or “bhar”. 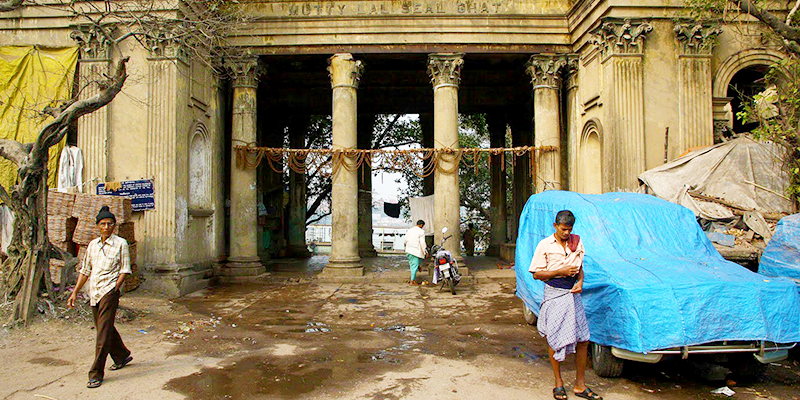 The Armenians are one of the earliest foreign immigrants to have settled in Kolkata. The Armenian Ghat was built in 1734 by Manvel Hazaar Maliyan, a famous Calcutta trader of Armenian origin. This ghat with its gracefully designed iron structure is a beautiful place to visit. Few ferries cross from here to Howrah every hour. The flower market here sells a variety of rare flowers like Lilies, Dutch rose, Gladioli, Dahlias. There is also an open area amphitheatre where wrestlers practice “Kushti” every morning. Indulge yourself in riverside massage to relax those tired muscles and watch fascinating sunrises and sunsets.