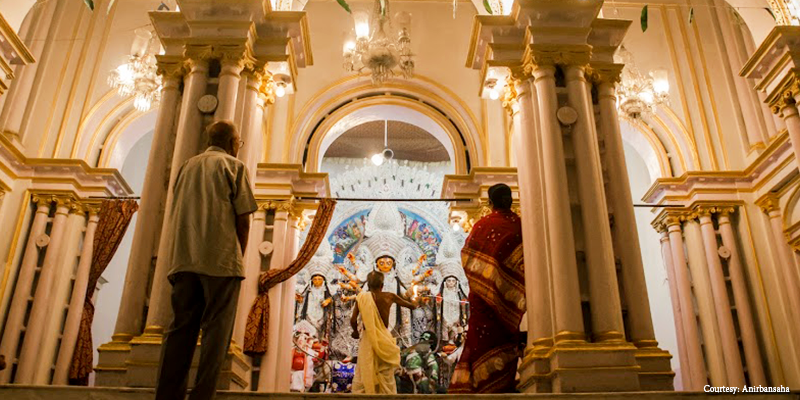 Come Durga Puja and the whole of Kolkata, in fact West Bengal is soaked in revelry. However, Durga Puja in West Bengal is not just limited to its metropolitan city. While the Sarbojonin (or for all) Pujas of Kolkata steal the show with their pomp, glory, crowd and money, it is often the old bonedi (or family) pujas in small towns that follow the strict rules of this festival. Celebrated in relative calm, following the strict dictum of rituals, the bonedi pujas are the reminiscences of old Bengal. So, we bring before you some of the oldest bonedi Pujas in various parts of Bengal. 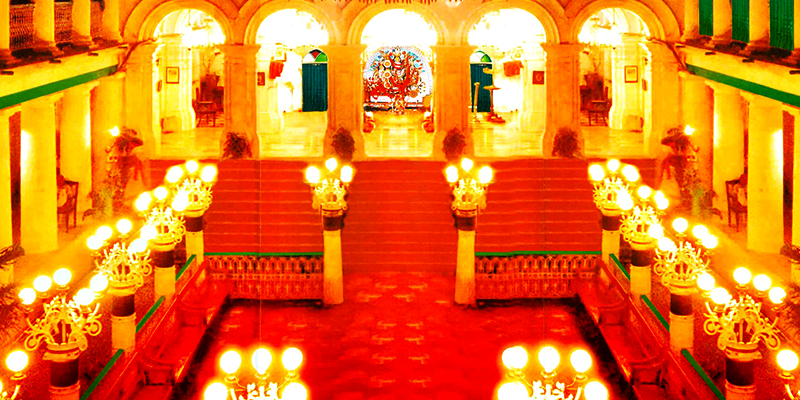 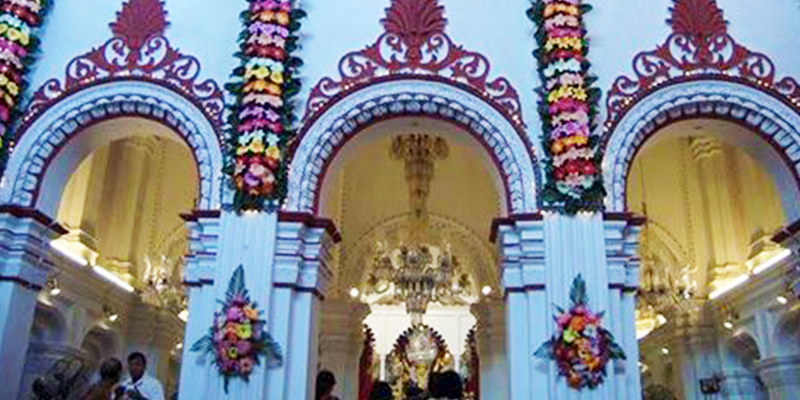 Situated on the other side of river Bhagirathi, Howrah has its fair share of “bonedi” pujas as it was the hub of successful Bengali traders who built their palatial mansions here during the British Raj. One of the oldest puja here is held at the ancestral home of Dutta Choudhury’s who can trace their lineage to the 5 Kshatriyas said to have come to Bengal at the start of Sen dynasty in Bengal! This 400+ year old puja in Andul is older than the famed Shovabazar Rajbari Puja (the most prominent “bonedi” puja in Kolkata). 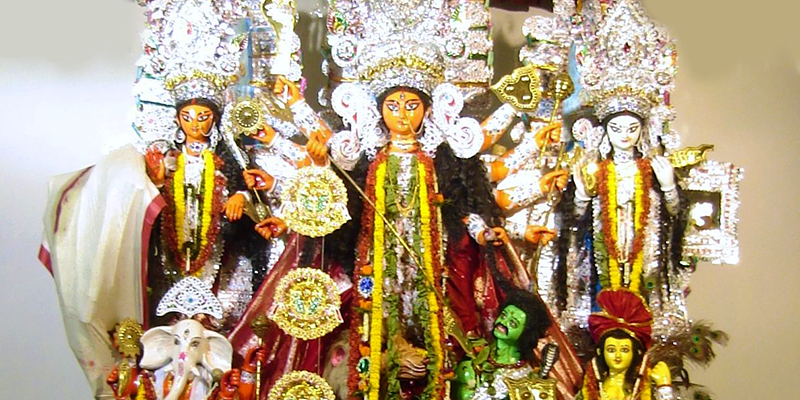 This 400+ years old puja is held in the Roy Choudhury zaminder family. There is a lot of uniqueness about this puja. Here, Goddess Durga is worshipped alongside the family deity of Batai Chandi (Chandi is another incarnation of Goddess Kali) through the five days. 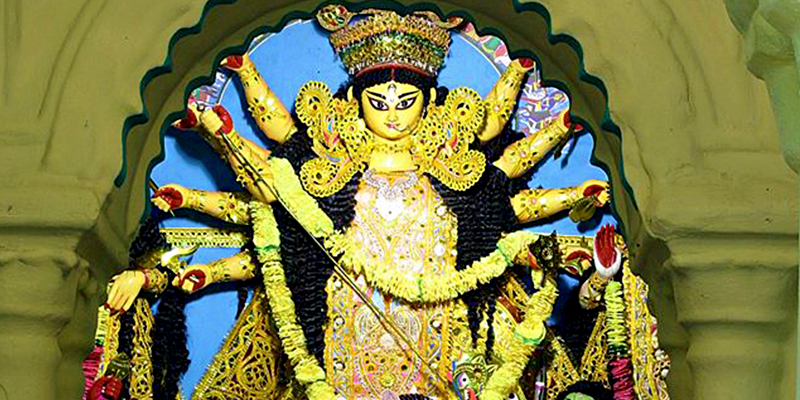 The Andul Raj Bari puja has been celebrated for many centuries now. Original Roy family who hosted the puja were the rulers of this area. The family started their journey with Ramlochon Roy who was a trusted lieutenant in Robert Clive’s army. However, the present day puja is hosted by the Mitra family, as the original Roy lineage died. Some decades back, an unforeseen incident (that happened during the puja) stopped it for about 150 years but the present generation have revived their Bonedi puja. 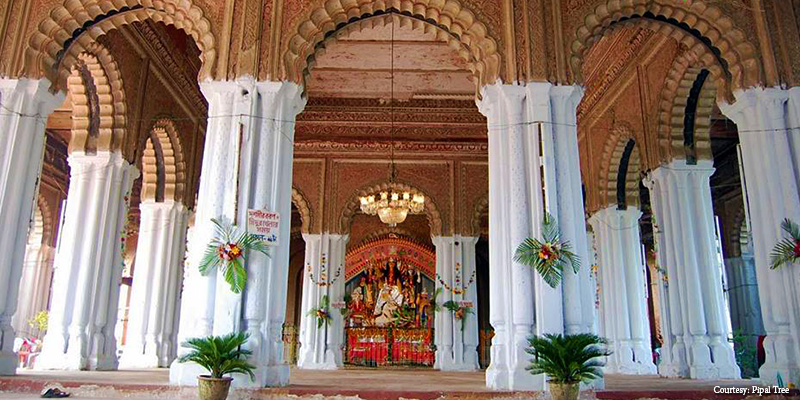 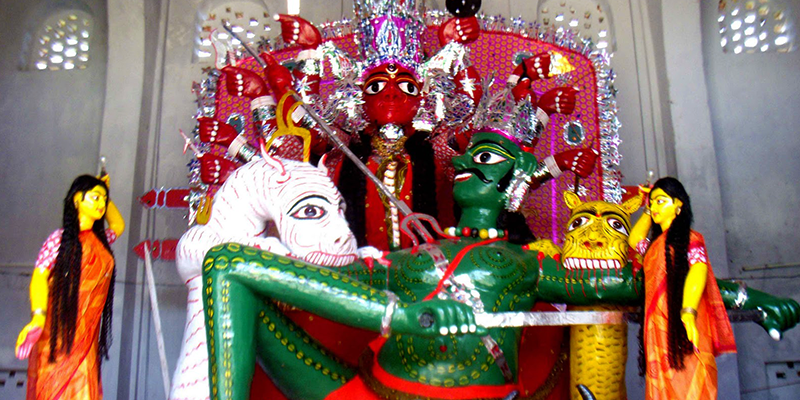 Moving towards the North, one of the famous Bonedi Pujas in this part of Bengal is held at Cooch Behar Raj Bari (500 year old puja). Though the royal family is not hosting the puja anymore, a trust was created some years back to organize the puja every year. Goddess here does not have her sons and daughters as companions, but rather it is Jaya and Bijoya who accompany her. The idol is housed in a permanent temple called Debi Bari. Her carriages are both lion and tiger.

So, take a tour through these historic Bonedi Pujas of Bengal and relive the ancient glories.