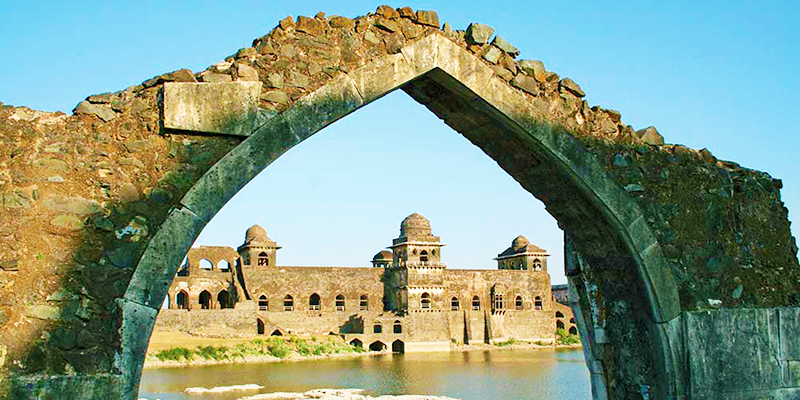 Madhya Pradesh is truly the heart of Incredible India! Madhya Pradesh brings before us the images of roaring tigers in Bandavgarh or the mesmerizing marble rocks of Bhedaghat, the treasures of Sanchi Stupa, the silence of Narmada River at Omkareshwar or the breathtaking monuments of Kajuraho. But apart from these there are some truly unique places in this state, which might not be that famous but a visit here will allow you to view something special. 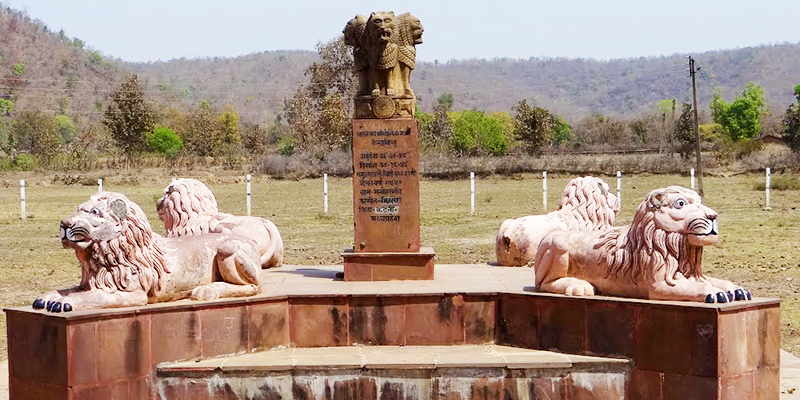 This small and insignificant village is the geographical centre of India and not Nagpur! In reality, the “zero mile” in Nagpur was the central point of Undivided India. Post partition the topography of India was redrawn and the central point got shifted from Nagpur to Karondi. The co-ordinates of center point are 23*30’48” N and 80*19’53″E. The old name of the village was Manohargoan. Though being one of the unique spots in Madhya Pradesh, sadly it has been completely ignored by the government. A small monument certifying this village as the centre point of India lies within a small agricultural plot. The monument is a cement based replica of the famous emperor Ashoka’s four headed lion pillar. Except the locals, not many people really know that this is a very significant place in India! 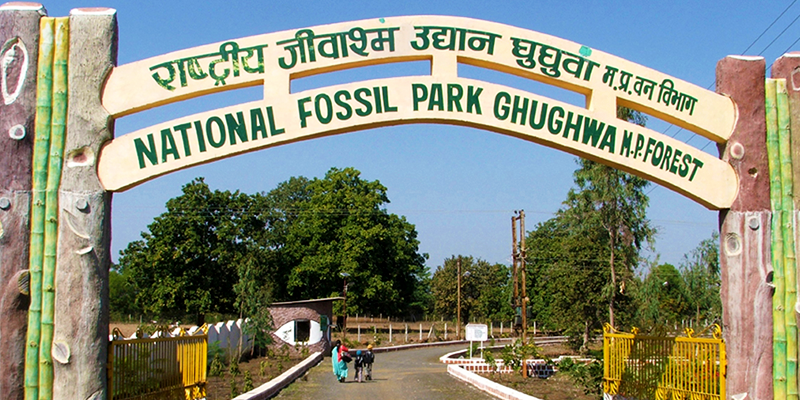 Located near Shahpura in Dindori district, about 80 KM from Jabalpur, it is the largest fossil park in Asia and second largest in the world. The park possesses a priceless treasure of plant fossils dated over 65 million years old. It is believed to contain fossils from the time of Gondwana Supercontinent. The fossils kept here went unnoticed before they were finally discovered by Dr. Dharmendra Prasad in 1970. The fossil park contains plant fossils belonging to 31 genera of 18 plant families. The eucalyptus fossil, which is now a native to Australia found here dates back to Gondwana period. But the main attraction of this unique park is the fossil of a dinosaur egg preserved here! 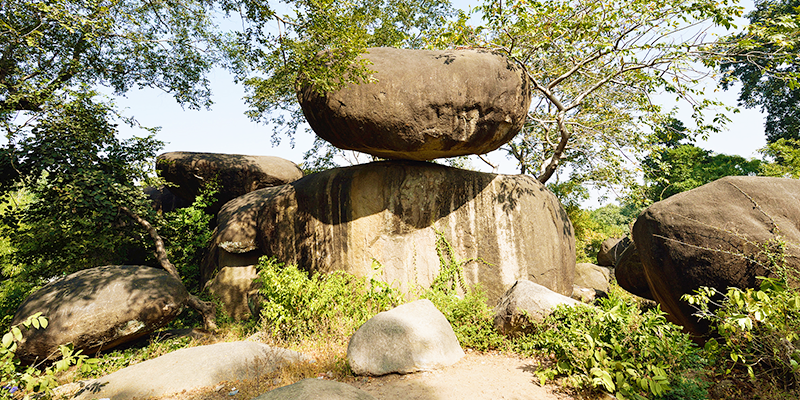 Built by Gond Raja Madan Shah in 11th century AD, Madan Mahal Fort located near Jabalpur boasts a unique charm. At its entrance, one comes across the Balancing Rock that rests on another rock with a very narrow nexus. Balancing rock is an independent rock precariously balancing over another rock. The upper rock balances on the base of the lower rock; the area where the two rocks meets each other is about six square inches. The rock even survived the 6.5 magnitude earthquake in 1997. 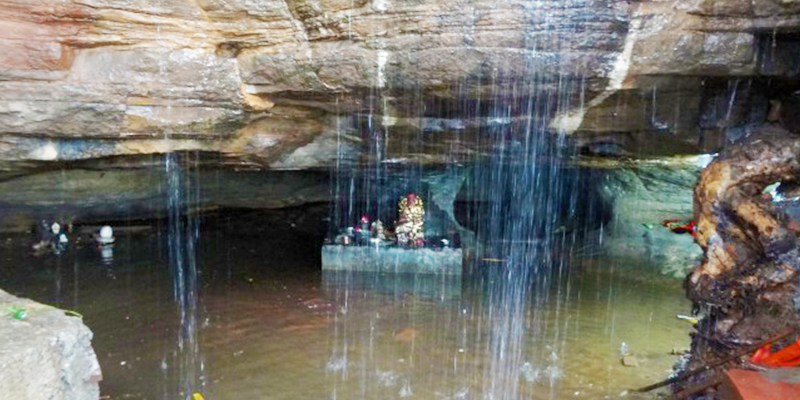 The temple is located in a gufa (cave), quite literally! Located on the top of Idgah hill in Lalghati, Gufa mandir was discovered by Swami Narayandas in 1949. No one knows the exact age of this temple. This huge cave temple, has the idols are Ram-Laxman, Hanuman, Sita Devi, Goddess Durga and Lord Shiva. The specialty of the temple is that all the idols are installed as rock cuts within the cave. Lord Shiva is placed under a waterfall and it is an amazing sight for the visitors. The source of the waterfall is unknown and flows constantly even during summers. 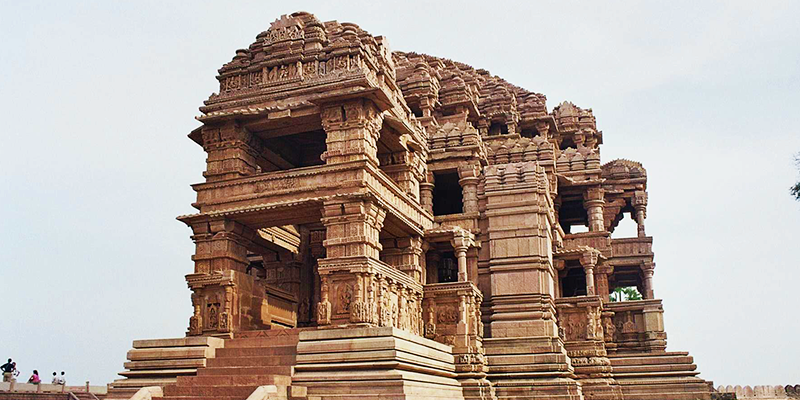 No! This was not built by any Ekta Kapoor fan. Actually, there are two temples built side by side, one dedicated to Lord Vishnu and the other to Lord Shiva. The story goes like this, the wife of Kachchhapaghata’s king, who ruled Gwalior from 10-12th century AD, worshipped Lord Vishnu whereas her daughter-in-law was a devotee of Lord Shiva. Thus, the two temples were named “Saas-bahu temple”. The original name of the temple is “Sahashtra Bahu” and is one of the greatest architectural marvels of Gwalior Fort. 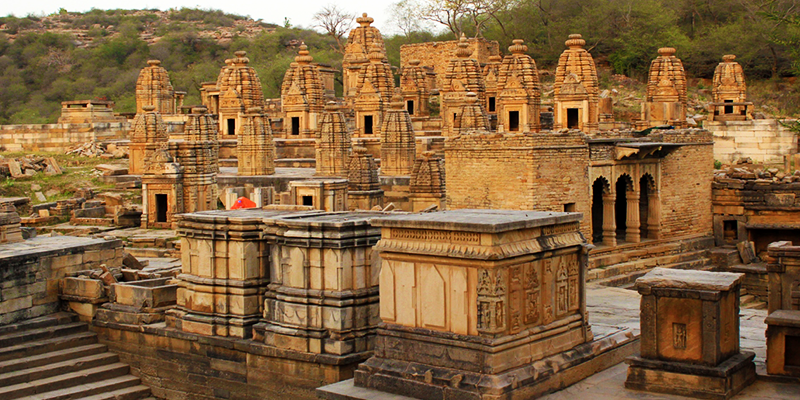 If the western part of Madhya Pradesh is famous for its tiger reserves, the central part is known for its historical value. Bateshwar, 25 kms from Morena, is one such place. Bateshwar houses not one but a complex of over 200 temples. Nowhere in the world will you see so many temples housed at a single place. The temples dedicated to Lord Shiva and Vishnu were built during Gurjara Dynasty’s rule in 8th century AD, 300 years before Kajuraho came into existence. Today, most of the temples have been reduced to a pile of rubbles. Though ASI and local communities were successful in saving some of these magnificent structures, yet years of neglect has left deep scars. 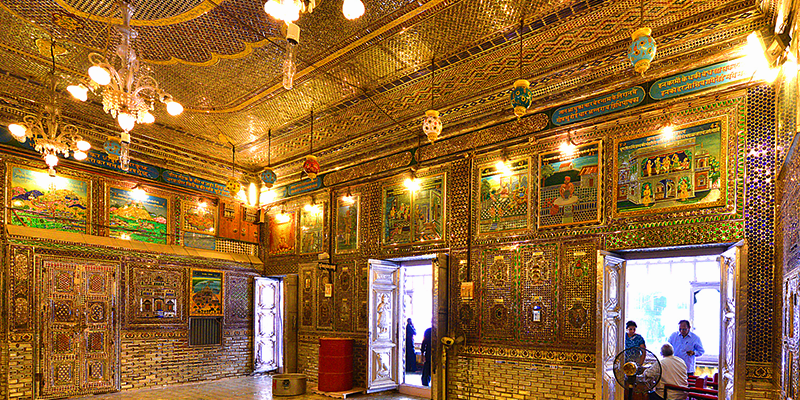 Just as the name suggests Kanchmandir, situated in Indore, is a temple entirely made of glass! Built in 1903, this is a famous Jain temple housing the idols of Tirthankaras flanked by mirror on both sides due to which their images can be seen infinite times. Alongside, Kanchmandir is a Sheesh Mahal built by Seth Hukumchand Jain. It is one of the most popular spots in Indore and slowly has graduated as a famous Jain pilgrimage site.

TRAINS TO INDORE
So what are you waiting for? Grab your bags and head to see the rich heritage of Madhya Pradesh. After all, “MP alag hai, sabse gazab hai”.