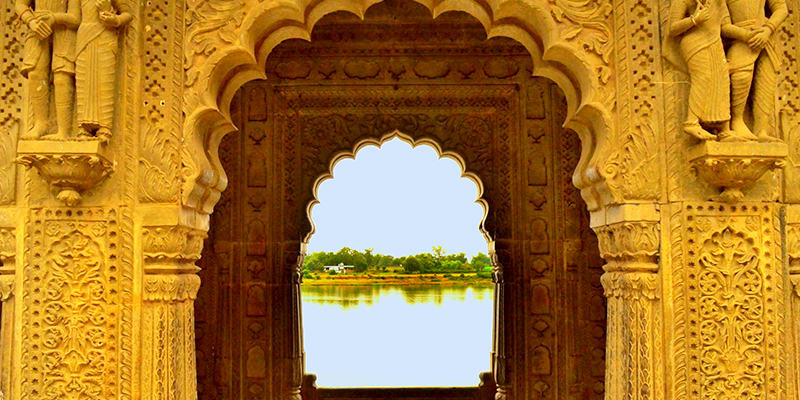 Indore is termed as the modern, dynamic, commercial capital of Madhya Pradesh. Its blooming economy has made this city the state’s very own “Future city”. However, in this race towards the future we often leave behind our glorious past. And Indore has a very interesting history. Let us have a look at some of the glamorous forts in and around Indore displaying glories of Indian history. 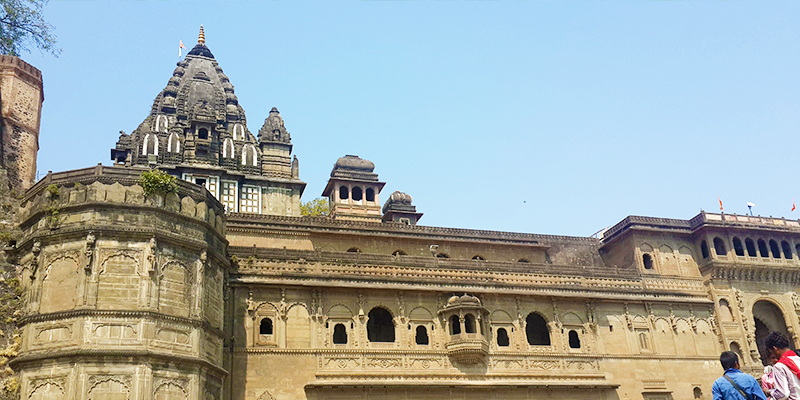 After the death of Malharrao Holkar, he was succeeded by his daughter-in-law Ahilya Bai Holkar. Ahilyabai moved the capital from Indore to Maheshwar (4,000 year old town, 90 KM from Indore) situated on the banks of river Narmada. The Maheswar fort was built in the late eighteenth century and remained the capital of Holkars until 1818. The fort was constructed in royal Rajasthani pattern with oriental windows and arches, and stands on a hill overlooking the Narmada river. As one approaches the ghats flanking the river, you are welcomed by a massive arched gateway. The gateway then leads to an open courtyard that houses memorials of Ahilyabai and the rulers of the state called as “chattris”. At the centre is the chattri of Vitoji Rao, who led an unsuccessful battle against the Peshwa’s. The chattri of Ahilyabai is called as Ahilyaleshwar Shivalaya as it also hosts a Shivlingam in the grabhagriha (inner sanctum). Rest of the fort was converted into a hotel in 1971 by Prince Richard Holkar. 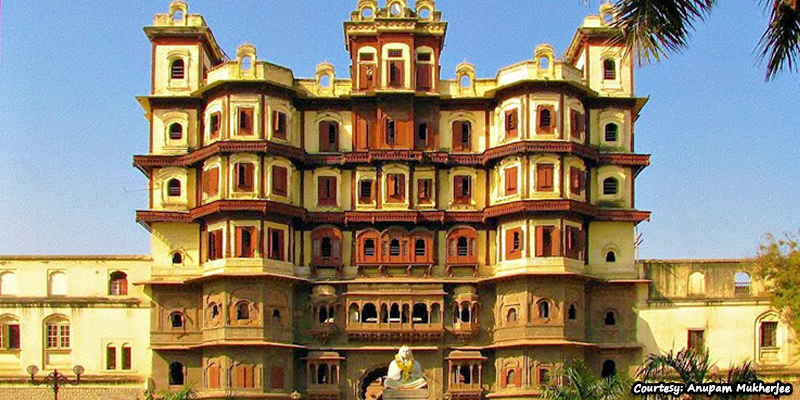 When Malharrao Holkar laid the foundation of Holkar state he created the magnificent seven-storied Rajwada Palace as his seat. Built over two centuries ago Rajwada today stands as a prime example of royal splendour and magnificent architecture. The front gate is a giant wooden door covered with iron studs. One can see the combination of Maratha, Mughal and French architecture in the palace. First three floors are built in stone while the rest are made up of wood. The carvings showcase the rich heritage of Maratha architecture. On the first floor is the Maratha Durbar Hall built in traditional French architecture. Behind this is Holkar’s residential palace which was completely destroyed in a fire in 1984. Post renovation it is now converted into a small museum filled with artifacts and personal belongings of the rulers. Rest of the rooms in Rajwada has been converted into various offices of ASI (Archeological Survey of India). 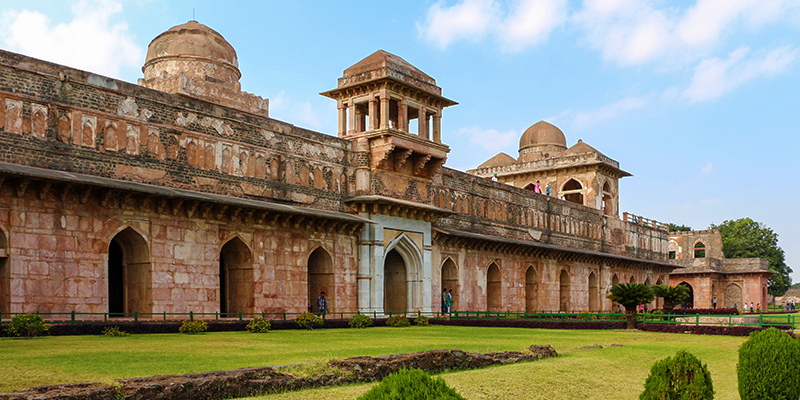 Dhar, 60 KM from Indore, was once the capital of Raja Bhoj. In 1685, Mohammed bin Tuqhluq captured Dhar and built this fort. The fort was built on a mountain overlooking the city. Its interiors consist of deep rock-cut cisterns and a part of Raja Bhoj’s palace. It also houses a museum containing small collection of artifacts. One part of the fort is called “Kamal Maula” which is a specious enclosure containing four tombs of Islamic saints – Shaykh Kamal Maulavi and Nizamuddin Auliya. Lath Masjid or Pillar Mosque behind Kamal Maula is made of iron pillars. The masjid was constructed in late 11th century. “Bhoj Shala”, built in 1903, which is situated right besides Kamal Maula is an attraction here. Bhoj Shala (School of Raja Bhoja) has inscriptions for a number of poems written by Raja Bhoj himself and Raja Arjunavarnam, who ruled over a large part of Malwa in early 13th Century AD. 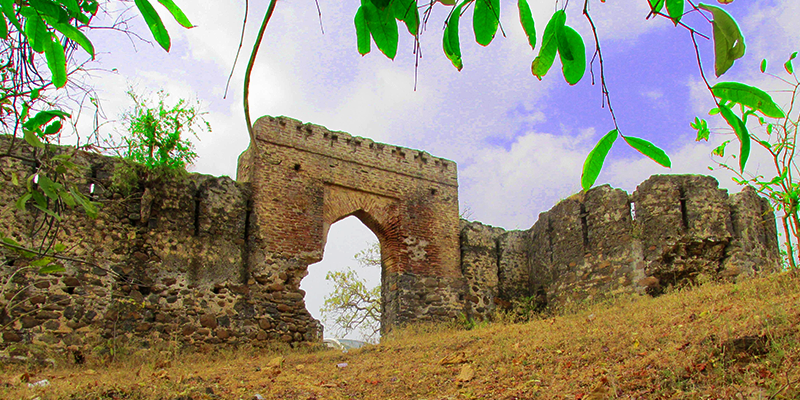 It is a rare fort in Madhya Pradesh that can be seen on Google Maps. Situated 20 KM from Indore this, now ruined, fort has a lot to say about its past. Built sometime in late 18th century, the fort got its named from ancient Kajligarh Mahadev Mandir located inside the fort though not much history is known about this. You will have to trek some distance to reach the fort, since it is built on a hill, and the stairs are in depleted condition. This is one of the cool hangout places for youngsters. The area surrounding the fort becomes beautiful during the monsoon season when a green cover is added and a small waterfall comes to life. It is a must go if you like old forts and have an appetite for valley covered hilltop areas.