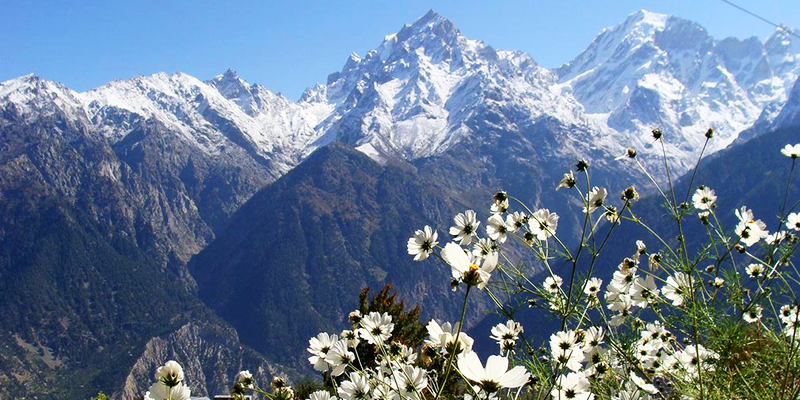 Heart-warming valleys and petrifying mountains of Kinnaur district in Himachal Pradesh have been enticing travellers for many decades. Located on National Highway 22, about 235 km northeast of the state capital Shimla, Kinnaur is a land where people are still deeply rooted in their cultures and traditions. In addition to its picturesque setting and welcoming culture, Kinnaur is the only place in India famous for producing Chilgoza (known as Neoza in the local dialect). 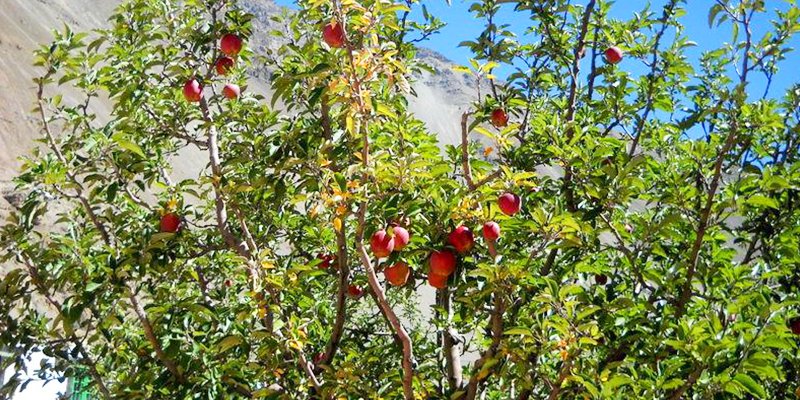 A preferential dry fruit, Chilgoza is grown in natural conditions in dry tropical forests of Kinnaur. Grown at an elevation of 1,800 to 3,300 metres, Chilgoza is a chief cash crop of Kinnaur. It has nutritive and medicinal value. Locals of Kinnaur use Chilgoza oil for treatment of various skin ailments and also in the speedy recovery of superficial wounds. Chilgozas fetch a handsome price in the market or at the Lavi ka Mela (a famous commercial trade fair held in the second week of November in Rampur). But there is much more to Kinnaur, then just the Chilgoza farms. Let’s take a trip through some of the pristine villages of this land.

Villages of Kinnaur with a lot to offer 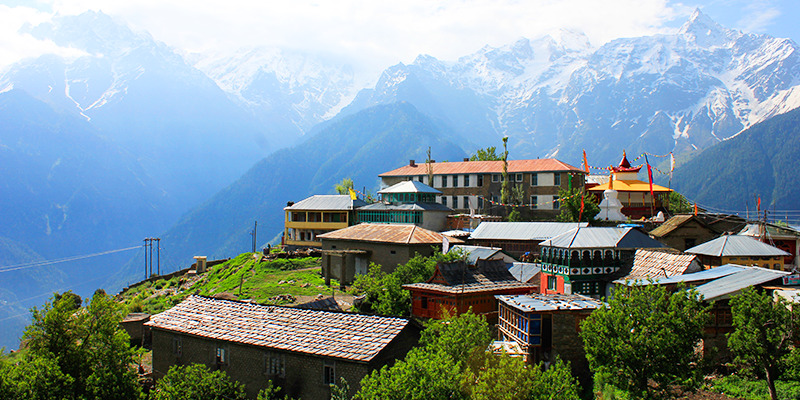 Located at an elevation of 2,758 m, Kalpa is a vibrant little village in the Sutlej Valley. The village is dotted with apple plantations, forests of Deodar, Himalayan Birch and Chilgoza pine trees. There is a plenty of room for short walks and excursions here. The village is eminent for its Chilgoza plantations and offers a majestic view of the renowned Kailash ranges. 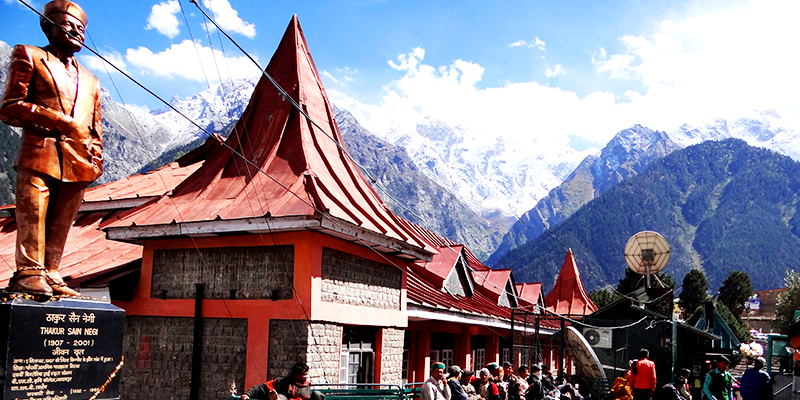 Reckong Peo or Peo is known as the administrative headquarters of Kinnaur district. Situated at an elevation of 2670 metres, Peo is always bustling with visitors due to ample staying options. There is a temple dedicated to the deity Chandika Devi which is built in Kinnaur’s own architectural style. It is against the backdrop of the snow-clad Kailash Mountains and is a sight to behold. The surroundings of the village are dotted with Chilgoza trees and offers majestic views. 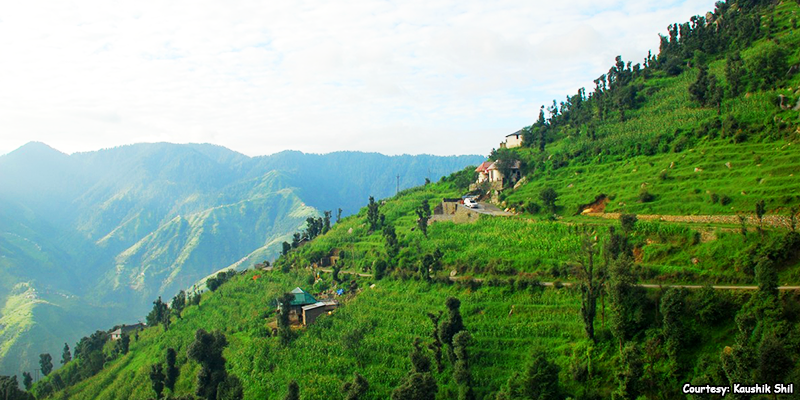 Pangi is a small ancient village located towards the North across a stream known as Pangi Nullah. This stream has significance because it marks the Hindu-Buddhist geographical divide in Kinnaur. On the southwest side of the stream is the Hindu dominance; while across the Nullah towards the northeast is where the Buddhist culture and traditions dominate. There are a number of monasteries upstream the Pangi Nullah. The inner Kailash ranges are visible and the best time to watch them is during sunrise or sunset. 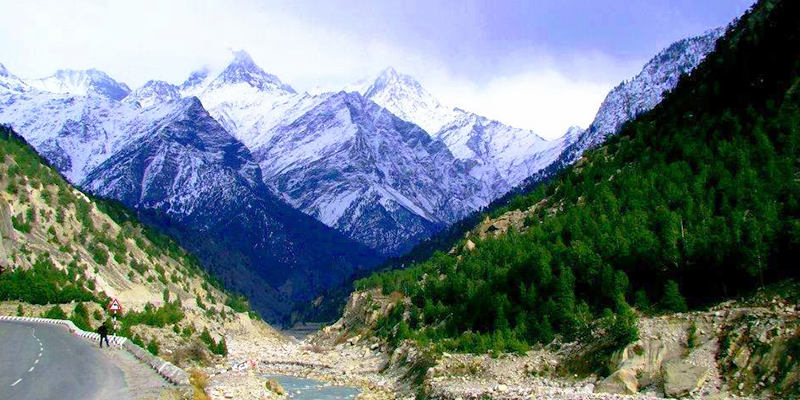 On NH – 22, 12 km beyond Akpa, a road bifurcates away from the highway leaving the Sutlej Valley. Continue on this route, and you will reach the picturesque Jangi village. The area is surrounded by dense lush green forests that have a good populace of Chilzoga trees. Jangi is a very beautiful and scenic village, but due to its interior location, it hasn’t made its entry in the region’s tourist map yet. 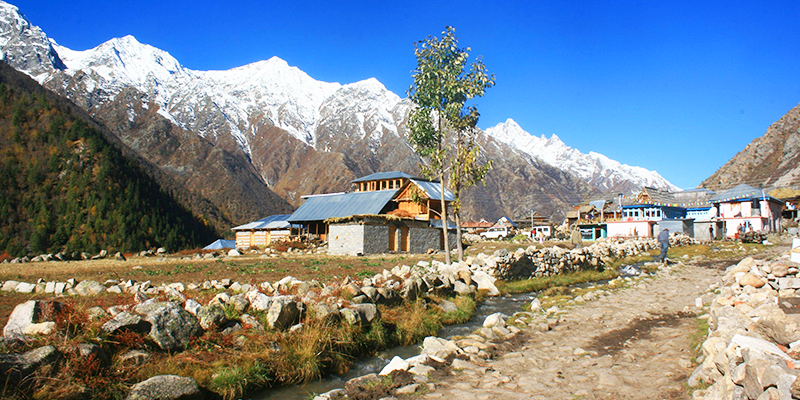 Ropa Valley is adjacent to the high Manerang Pass which heads into Spiti region of Lahaul and Spiti district. The finest sight in Ropa Valley is its oval and immensely green Gabong region. The lush green area here is prominent with a scattered population of under-sized Chilzoga trees. The valley celebrates all festivals of Kinnaur and the locals with Tibetan accent make the area culturally rich.