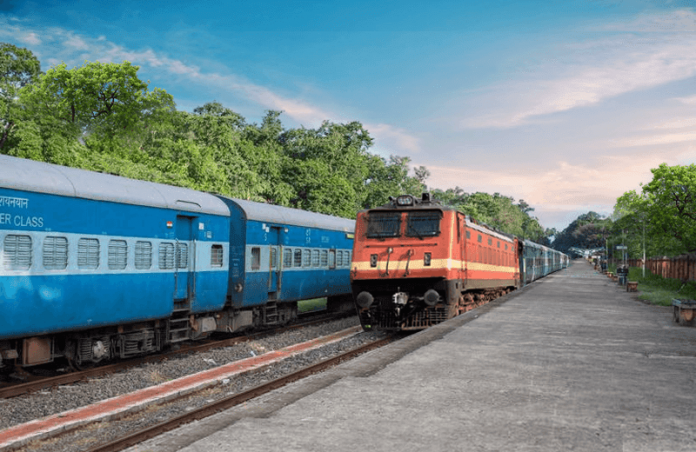 Just like every year, several students are appearing for NEET, JEE Main exams in the on-going year 2020. Many students also required to travel by train to sit for the exams. But due to the spread of the Novel Coronavirus infection, many Passenger and Special trains are operating in a phased manner making train travel uncertain. Therefore, it was recently announced by the Government that students appearing for JEE, NEET Main exams 2020 to travel by special train services in Bihar, U.P, Rajasthan, and Maharashtra. In these Special trains, only students and their parents/ guardians will be allowed to travel.

No. of Special Trains running in states:

Indian Railways to Introduce 100 new Special Trains very soon (1/09/2020) – As India prepares itself for Unlock 4.0, the Ministry of Railways is planning to introduce 100 more passenger trains. The introduction and operations of these passenger trains will happen in strict monitoring and phased manner.

Earlier this year in March, the Indian Railways had announced a complete halt of all train services due to the sudden widespread of COVID-19 cases in the country. However, with time the train travel restrictions were eased out. 30 Rajdhani trains + 200 special trains started train travel services in the month of May & June respectively. The Indian Railway also introduced the Shramik Special trains for transporting stranded migrants back to their hometowns across all states.

All the state Governments are being consulted for the proposed idea of 100 more passenger trains. The decision about the number of trains to be started will be announced soon.

Stay Tuned! with RailYatri and receive all the latest railway updates. Indian Railway travellers can plan their train journeys without a hiccup – Download the RailYatri app for instant Train Ticket Availability, check Train Time-Table even without internet, get correct PNR status & more.

Nevrati Express special train & other running trains stand cancelled or diverted (25/08/2020) – Earlier this month, due to the heavy rainfalls in the Konkan region, the lined-wall of the Pernem tunnel in North Goa had collapsed.This resulted in four long-distance IRCTC trains to stand cancelled.

The Indian Railways today announced that six trains have been diverted, and further cancelled four trains on the Konkan route due to the damage caused by the landslide. The diversions are in the Londa Jn – Panvel section.

Passenger trains suspended except special trains (11/08/20) –  Due to the sudden spike in the COVID-19 cases in the country, the Indian Railways has decided to suspend services of all regular passenger trains till further notice. However, 230+ special trains will continue to run. A full refund is promised to all train travellers who have booked their IRCTC tickets in the regular passenger trains. The refund process of e-ticket cancellation remains the same – it will be credited back to the user’s account after auto-cancellation.

Konkan Railways Update (10/08/2020) – Four major long-distance IRCTC trains running through the popular Konkan Railway route have been cancelled. Due to the ongoing heavy rainfalls in the region, the Pernem tunnel lined-wall collapsed. This lies between Pernem-Madure stations; multiple landslides in Kulem-Castle Rock Ghat section of South Western Railway has also been reported. The IRCTC services will face affect in states like – Maharashtra, Kerala & Karnataka.

West Bengal Railways Update – The West Bengal Government recently announced a complete lockdown every two days in a week in Odisha, to prevent the novel coronavirus infection. Due to the announcement of a complete lockdown, the IRCTC services and train travel will continue to remain affected in Odisha and other states like Tamil Nadu, New Delhi, Bihar, U.P, Jharkhand, Rajasthan and more.

Indian Railways special trains passing through or originating from the state of Odisha will be cancelled or will experience stoppages in the ongoing operations. The West Bengal Government has declared a strict lockdown on the following dates – 5, 8, 16,17, 23, 24, and 31 August 2020.

Check out the list of special trains affected due to the lockdown!

Trains under Withdrawal of Stoppages

RailYatri is closely monitoring the Government/ IRCTC guidelines and will adhere to all instructions related to train ticket booking.