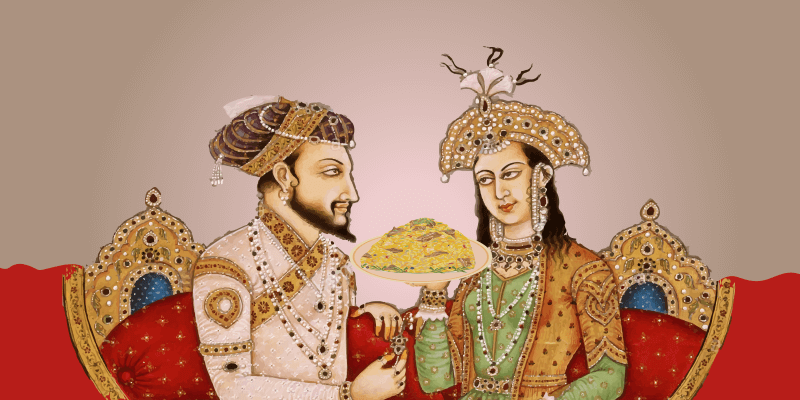 Biryani, that made its way to India with the mighty Mughals, has over the years matured from being a foreign import to a complete Indian dish. This long journey, spanning across centuries, has seen Biryani undergo a complete make-over to find a place in every Indian’s plate. It would not be an exaggeration to state that the Biryani we taste today is completely Indian, with minimum likeness to its Persian origin. The loving bias Indians hold for Biryani can be gauged from the fact that today there are more than 30 different varieties of this dish across the nation. Each Indian region has infused some local elements in its preparation, and made it tastier than ever. From the Northern lands of Lucknow, to the Southern Malabar coast, each has its own brand of Biryani.

History of Biryani in India

The word ‘biryani’ is derived from the Persian word “Birian” which means “rice that is fried before cooking”. Most sources suggest that this dish arrived in India with the Mughals. But, for many centuries, Biryani was held in high esteem by the Mughal emperors and was prepared only during grand occasions. It could be prepared only by the royal chef. So, it remained confined within the royal court of Delhi. Only the nobility had the rare privilege of tasting this dish. But, all that changed when one fine day Mumtaz Mahal decided to visit the army barracks. She was shocked to see the Mughal soldiers weak and undernourished. So, she called on the royal chef and asked him to prepare biryani. For the next few days, the soldiers were served a nutritious platter of biryani, and it was from there that the dish finally made it out of the royal court.

Biryani has become deeply rooted in the culture of India and is almost becoming synonymous with happy occasions. And nothing can be more joyous than traveling! It is no wonder that this fulsome meal with its rich aroma and delicious taste has become one of the most popular food items for train passengers. If you truly love biryani, and care for its taste, then you have got to taste it from the best restaurants around. Now, that is where RailYatri’s food delivery service can help. We would deliver the tastiest Biryani, right at your seat, specially packed to keep the taste intact. 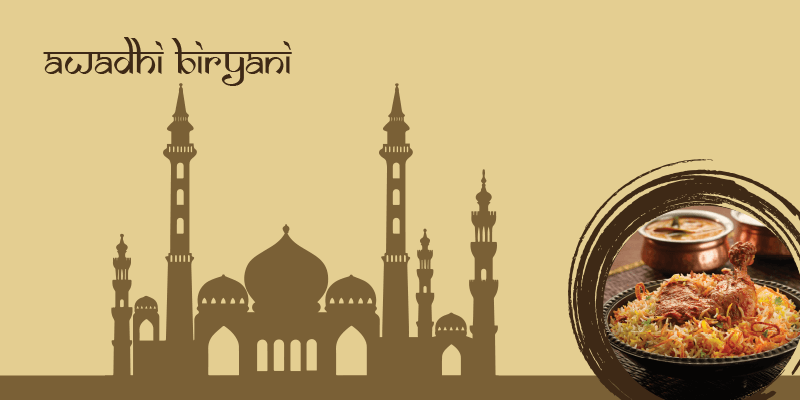 This is one of the direct descendants of the Persian cooking style. Here, the meat, egg or vegetables (whichever may be applicable) is cooked separately leaving behind some gravy as well. Once the meat has been cooked to a point, preparation is mixed with rice. After mixing, the Handi (or any other cooking utensil) is sealed off and allowed to cook on low flame over an oven for a certain time. 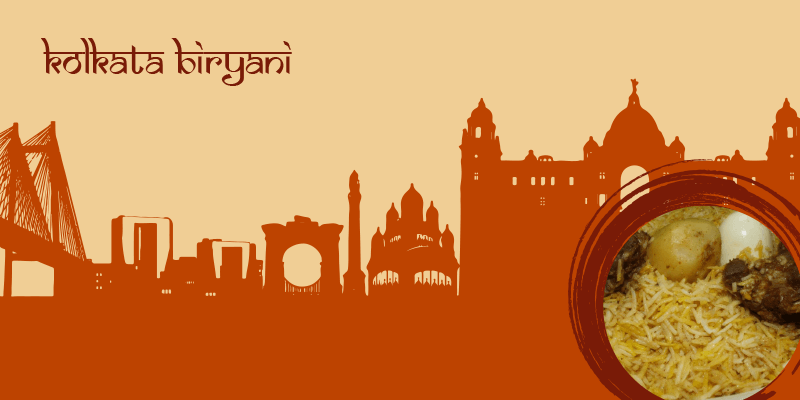 It is believed that a Nawab from Lucknow brought the recipe of this delight to Kolkata. Later, this recipe was tweaked significantly to match the taste buds of Bengal’s food connoisseurs. Today’s Kolkata Biryani is very distinct in all aspects from the Awadhi style. Biryani of this style uses the specialty Basmati rice, which is marinated with ghee. The rice is then mixed with meat, eggs or vegetables (whichever is suitable) as well as potatoes and boiled eggs. This gives the preparation a unique flavor. When the cooking is almost done, some saffron and kewda are sprinkled over to give the Biryani its signature aroma. 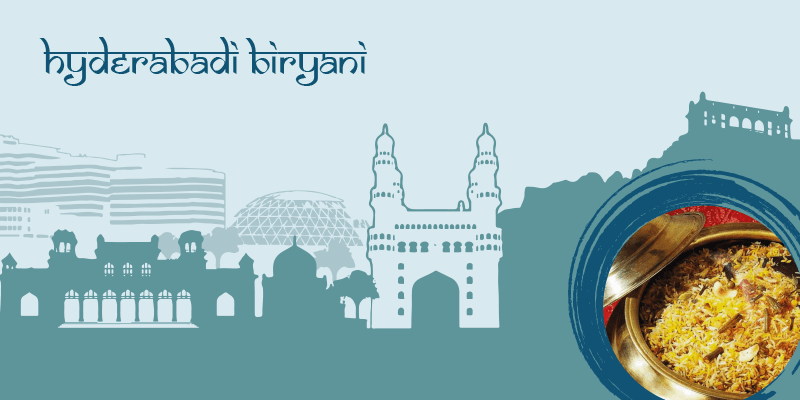 The Nizams of Hyderabad introduced this dish to the denizens during one of the many public feasts, and soon it became a South Indian delight, with some alterations. Like most other food varieties from Andhra Pradesh and Telengana, it is incomplete without some coconut. Apart from this, the uniqueness of Hyderabadi Biryani lies in its cooking style. Here, the Basmati rice and meat (or vegetable or egg) are mixed in layers and then cooked equally. Based on how the meat is put into the rice, there are two distinct Biryani varieties – Kachchi (when the meat is put without any cooking) and Pakki (when the meat is put after some cooking) Biryani. Yogurt is used to add some tanginess to the preparation, while the fried onions are used for garnishing. 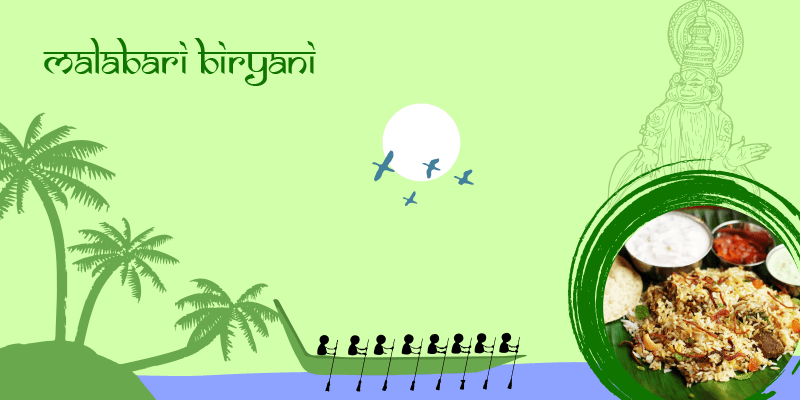 This is the Keralan version of Biryani and can be made with chicken, egg, mutton and fish. Cities along the Malabar region such as Kozhikode, Malappuram and Kannur are famous for their Biryani. The Malabar Biryani is cooked with a unique variety of rice known as Khyma. Apart from many aromatic spices, there is a generous usage of cashew nuts and raisins during its preparation. While cooking, the rice and meat with gravy are cooked separately. They are mixed up only before serving.

So, go on and explore the rich diversity of Biryani in India!