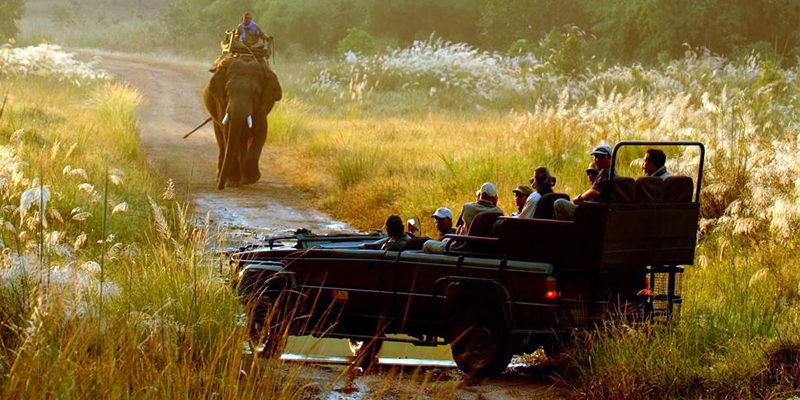 Northeast India, largely known for its scenic beauty, simple way of life and unique cultural traditions holds within it a rich treasure trove for tourists. Many mesmerising destinations lying here go unsung. But visitors, who happen to visit the Northeast India, keep coming back time and time again. A large percent of Northeast is still dotted with lush forests. There are as many as 63 national parks and wildlife sanctuaries in the tiny states of Northeast India. Yet, apart from Kaziranga National Park most others are unknown entities, but are equally attractive and largely unexplored. So, here is a list of some unknown but beautiful wildlife sanctuaries that are teeming with animals. 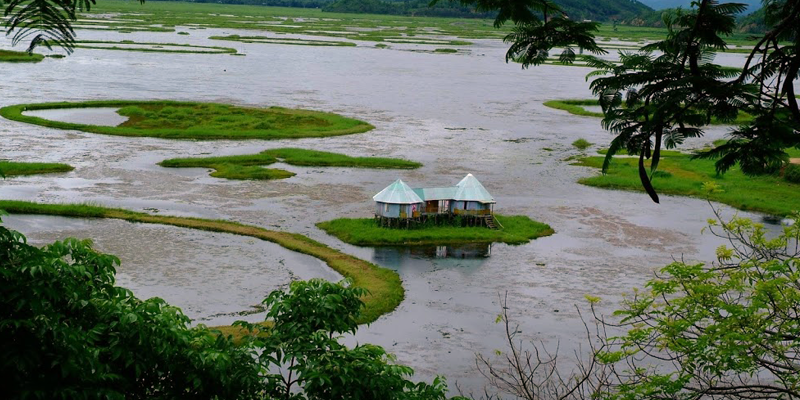 Keibul Lamjao National Park, Manipur: Presenting the world’s only floating park. Keibul Lamjao National Park is entirely situated on Loktak Lake in the Bishnupur district of Manipur. The park consists of moist evergreen forests that have a rich diversity of aquatic, wetland and terrestrial wildlife. It is home to the endangered species of Brow Antlered Deer or Sangai. Other animals residing in the area include hog deer, large Indian civet, flying fox, sambar, golden cat, common otter, jungle cat, etc. It is also home to many beautiful bird species such as East Himalayan pied Kingfisher, hill myna, skylark, ruddy shell duck, etc. National Park is well connected from Imphal and Guwahati. The best time to visit would December to April. 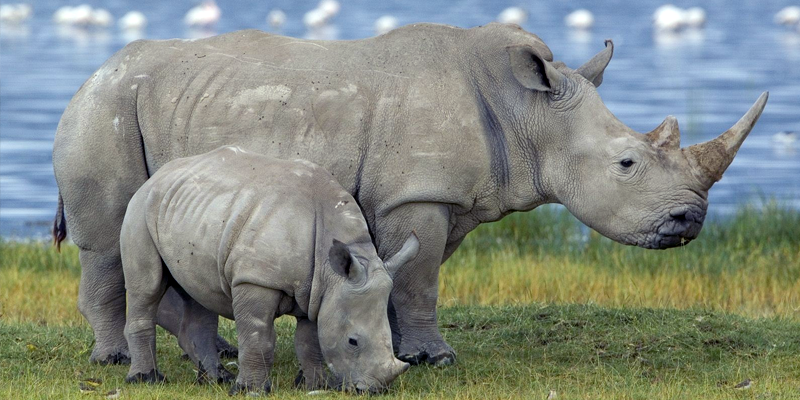 Pobitora Wildlife Sanctuary, Assam: Situated in the Morigaon district of Assam, about 30km East of Guwahati, Pobitora has the highest density of one-horned rhinoceros in India. The density of rhinos in this wildlife sanctuary is so high that the area was declared “overpopulated with rhinos”. Apart from the rhinos, it is also an important bird area. Other animals you can catch a sight of while at Pobitora are barking deers, leopard, wild boar, wild buffalo, etc. Evening and jeep rides are available for tourists into the wildlife sanctuary. Best time to visit Pobitora Wildlife Sanctuary is during February to May. 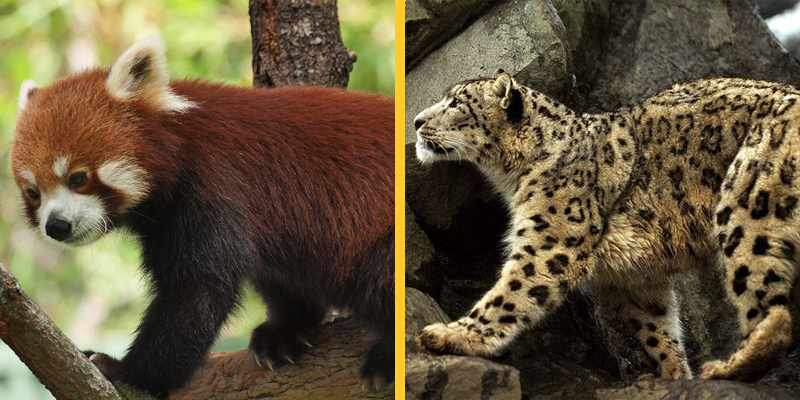 Balphakram National Park, Meghalaya: The natural beauty in and around this national park is absolutely stunning. Situated near the Garo Hills, the area is also well known for one of the best Canyons in India. Visitors to Balphakram have a high probability of sighting marbled cats, red panda, tiger, barking deer, wild water buffalo or barking deer. The national park is well connected with the state capital of Shillong. The best time to visit Balphakram is during February to June. 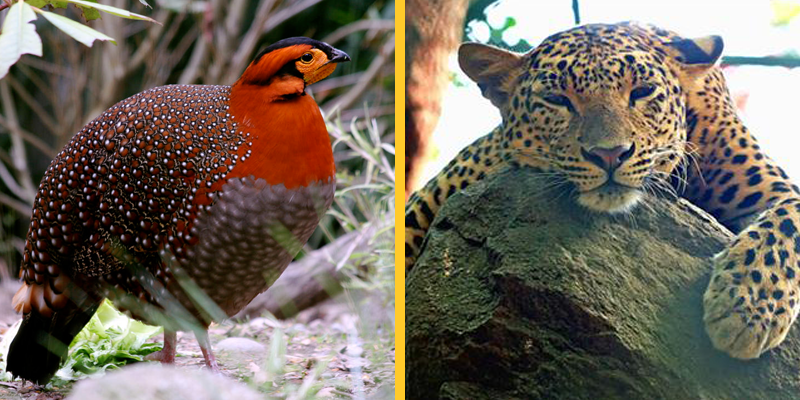 Phawngpui National Park, Mizoram: Situated close to Burma in an area called Blue Mountain of Mizoram, Phawngpui is a haven for naturalists. The national park covers the highest mountain peak in the state and is located about 300 km from Aizawl. The national park is known for its large population of leopard, leopard cat, serow, mountain goat, langur and Asiatic black bear. Rare bird species such as Hume’s pheasant, hornbills, Blyth’s tragopan, grey Sibia and Sunbird are found in the jungles. The best time to visit this park is between the months of November and April. The national park can be reached easily from Silchar railway station. 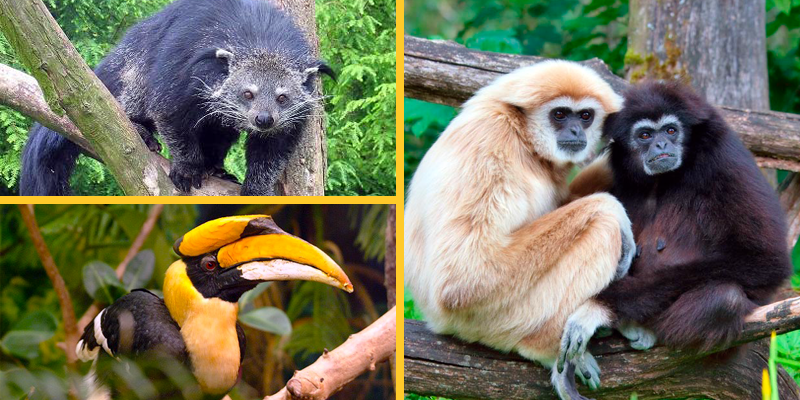 Ntangki National Park, Nagaland: The land of Naga warriors has a paradise in store for all nature lovers. Ntangki National Park, can be ideally reached from Dimapur railway station, is located in the Peren district of Nagaland. It is one of the least explored national parks around the Northeast. Ngtangki is well known for rare hoolock gibbon and golden langur populations. Apart from these hornbills, sloth bear, monitor lizard, black stork are other marvellous creatures found within the park. The best time to visit Ntangki National Park is between November and March. 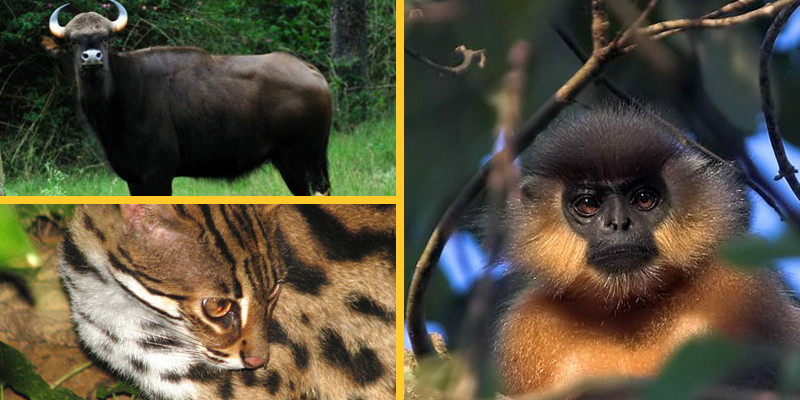 Trishna Wildlife Sanctuary, Tripura: The prime attraction of this wildlife sanctuary lies in the forests themselves. The forest comprises of many rare species of trees. The landscape of Trishna is unique for there are water bodies surrounding the patches of virgin forests. Within the forests animals such as Deers, Hollock Gibbon, Golden Langur, Capped Langur, and Pheasant can be viewed.

When are you planning a Wildlife Safari to Northeast India?

7 Awesome places to visit in Guwahati