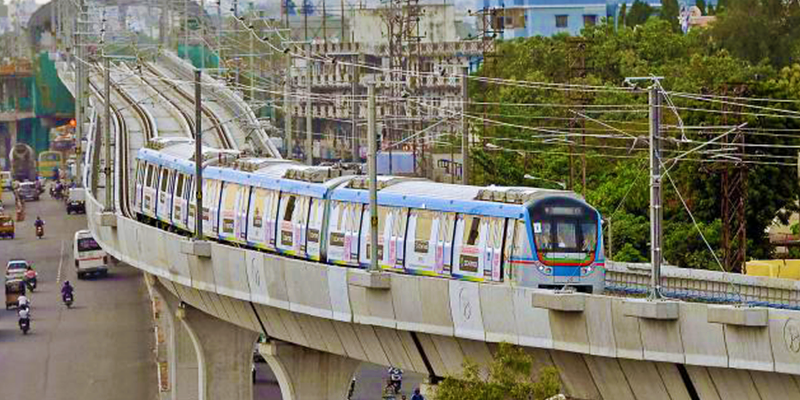 The Twin Cities of Hyderabad-Secunderabad is at a steady grooming stage. With organizations such as Apple Inc investing in the city, it is barely a few steps away from becoming the IT Hub of India. The driving force for conceptualising Metro Rail in Hyderabad was the dire need for an eco-friendly, solid and quick transport that would withstand the growing demands of an urban city like Hyderabad.

As the work and residential areas are not clearly demarcated in Hyderabad, the city faces a lot of traffic jam issues in peak hours. The worst hit areas are, Begumpet, Mehdipatnam, Masab Tank, Nampally and Abids, where it sometimes takes hours for the jam to ease up. The TSRTC (Telangana State Road Transportation Corporation) buses are presently the lifeline of Hyderabadis and it runs more than 4000 buses across the city. But the local people have started relying less on the TSRTC buses due to the time it takes. Moreover, the number of two-wheelers in Hyderabad has shot up while the ridership in MMTS (Multi-Modal Transport System) has seen a considerate downfall. 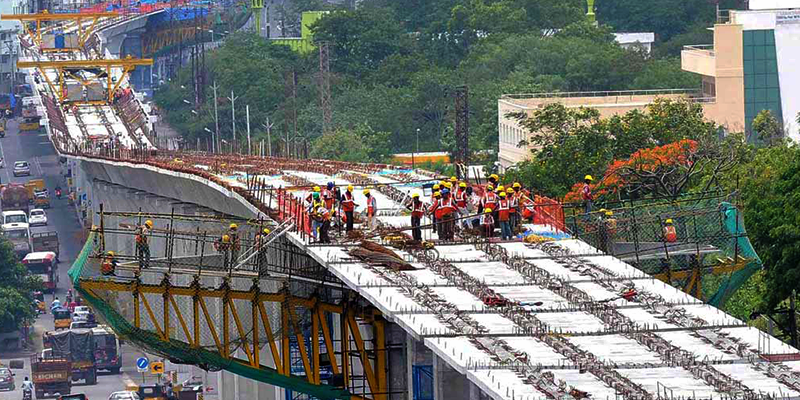 Thus in October 2003, the Central Government gave its nod for the Hyderabad Metro Rail Project and directed the Delhi Metro Rail Corporation to conduct a survey. Now, it is being developed as one of the largest modern transports in the world based on PPP model and is also a technical pioneer, bringing CBTC to an Indian city for the first time. The first phase comprises of three lines totalling 71 km with 66 stations. The following routes will be connected in Phase I. 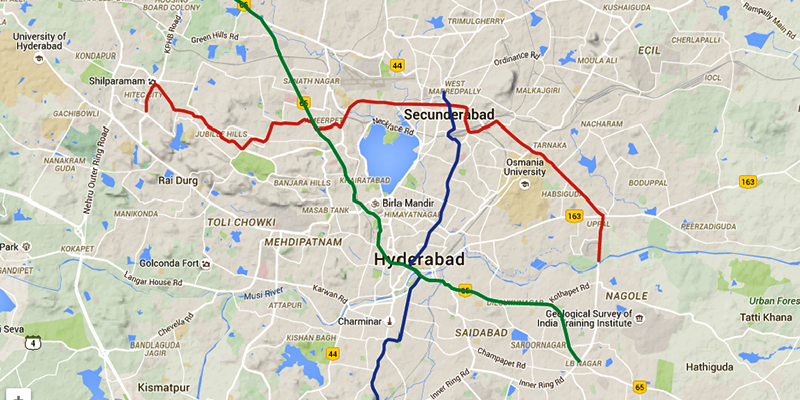 simultaneously, the proposals for taking up the construction of MMTS Phase-II are also taken forward which shall make Hyderabad Metro the second largest metro network in India. Following are the routes sanctioned in Phase II: 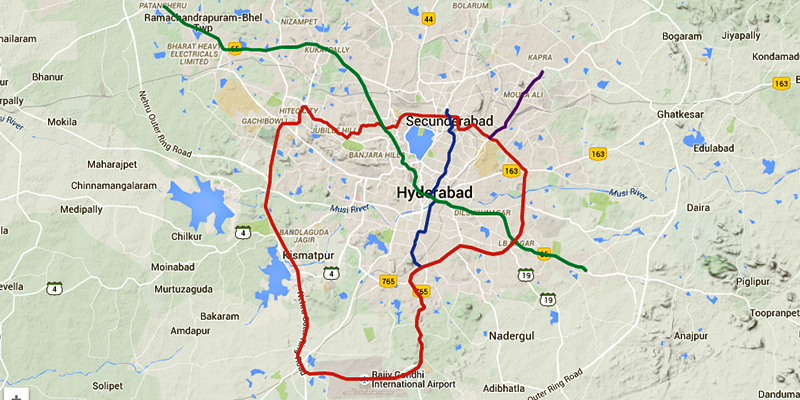 This in progress Metro network is vast and will be connecting almost all crucial areas of the city. The main idea behind the concept of Metro Rail in Hyderabad is to make sure commuters reach to work on time and do not get delayed on account of lack of rapid transport. Growing urbanisation has led to innumerable problems for commuters who face delays on account of traffic jams. Metro Rail will allow them to bypass these traffic congestion barriers. While the metro rail will obviously benefit many commuters daily in long shifts, it will also spur economic activity with retail spaces opening up near the stations. Also, the metro rail here is likely to reduce the pollution in the city and make it eco-friendly.

With the continuous drive instilled in the minds of people to keep innovating and growing as a city, Hyderabad repeatedly keeps proving the title of India’s best city to live in.

But will Hyderabad Metro make this city invincible? The answer is – A sure-shorted YES!