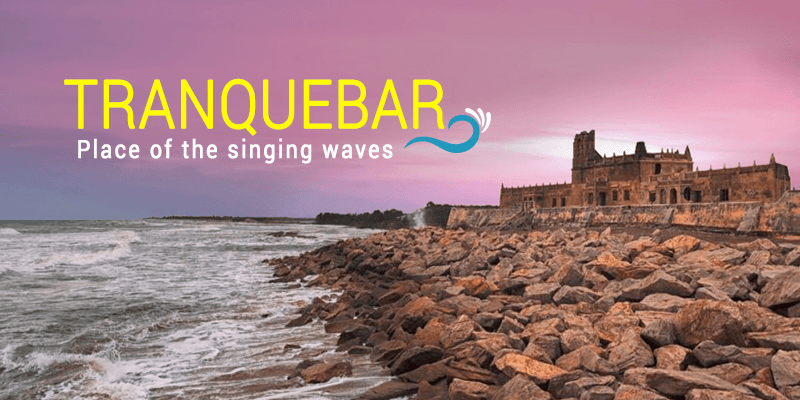 India has a diverse colonial past and the colonizers have left significant footprints on the culture of India. Most of us are aware that during the heydays of colonization different areas of India were ruled by the British, French and Portuguese powers. But there is a least known town situated on the coasts of Tamil Nadu that was ruled by the Danes! Erstwhile Tranquebar, today renamed as Tharangambadi, was a Danish overseas territory for 150 years! Situated in the present day Nagapattinam district of Tamil Nadu, Tharangambadi is the sole Danish ruled town in India. 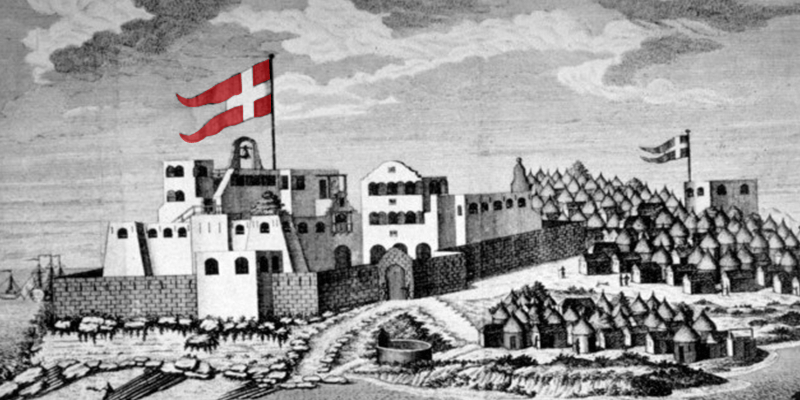 In the early part of the sixteenth century, Danes had a strong trade relationship with South Indian states and present day Sri Lanka. Spices and herbs would be loaded in ships and taken back to the Scandinavian lands. But this flourishing trade was being hampered by other colonial forces. To consolidate their trade, the Danish general Ove Gjedde approached the king of Thanjavur Nayak kingdom to setup Danish settlements in the coastal town. He also sought permission to build Fort Dansborg overlooking the sea. The king agreed to the deal and the Danish made Tranquebar their home away from home. During the Danish rule, the town was renamed as Tranquebar meaning “place of the singing waves” in Danish. In 1845, the Danes decided to leave transferring their power to British East India Company, but today’s Tharangambadi has somehow managed to cling onto its Danish roots. This sleepy little fishing village is today an up and coming Tamil Nadu tourism destination, offering travelers the Danish experience in India!

Places to visit in Tranquebar 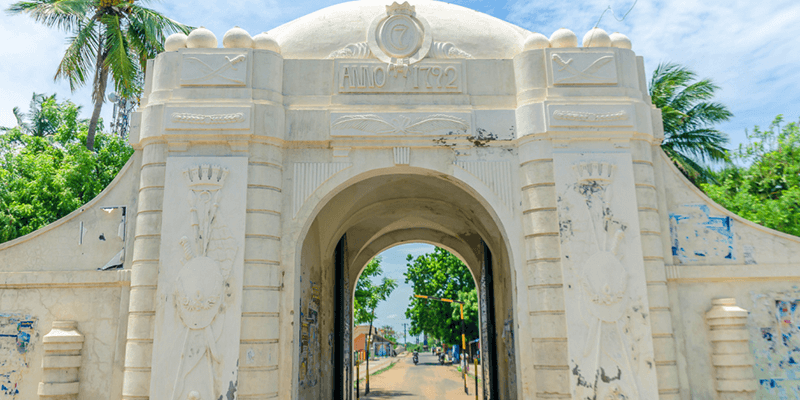 Tranquebar town gateway lies on the King’s Street, which is the main street of Tharangambadi. The locals refer to this gate as the “Gateway to Tranquebar” and in the past years this was the main entrance gate to the town. The main gateway was built by the Danish rulers, but it was later destroyed. The modern day gate maintains the Danish architectural style. The white gateway has an inscription “Anno 1792” on top of it, meaning that the ‘gateway was constructed in 1792’. There is a museum nearby, which carries many beautiful artifacts from the Danish period. 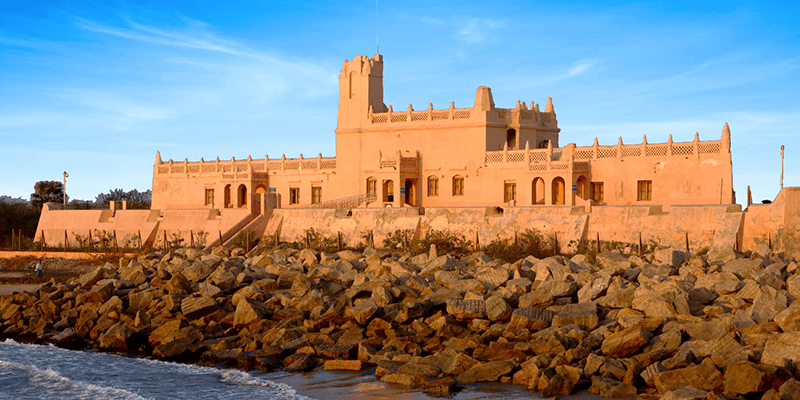 This is where the Danish rule in Tranquebar began. Fort Dansborg or as the locals refer to it “Danish Fort” was constructed in 1620 on land provided by the local king to the Danish. The fort is situated on the shores of Bay of Bengal and offers stunning ocean views. The fort has a unique architectural design with columned structures and high ceilings. The fort has two floors, but most rooms of Fort Dansborg stay locked. Even today, one can spot a canon pointing towards the sea! This fort is a a must visit to relive the era of Danish rule in Tranquebar. 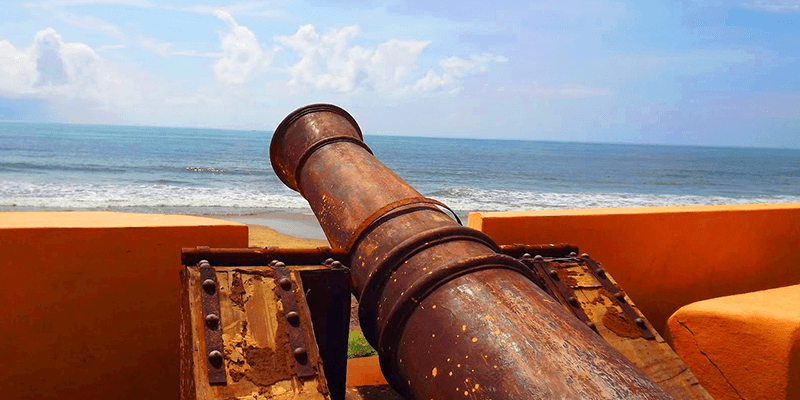 To learn more about the rich and magnificent heritage of Tranquebar, a visit to the Tranquebar Danish Museum situated within Fort Dansborg is a must. The museum contains antiquities from Tranquebar’s Danish history including Danish manuscripts, glass objects, tea jars, decorated terracotta objects and many other exhibits. You can gather plenty of information about the Danish rule in Tranquebar at this museum. 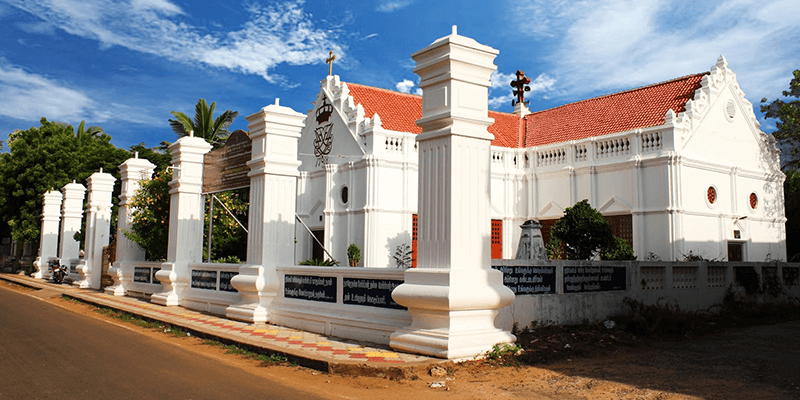 New Jerusalem church is a majestic piece of architecture lying on the King’s Street. The initial church building, which went by the name Jerusalem Church, was built in 1707 by a Danish Missionary. But a severe tsunami destroyed the church building in 1715. As a result the New Jerusalem church was built with bigger accommodations and grand architecture. This white building has an impressive blending of the Danish and Indian architecture. New Jerusalem Church was consecrated in 1718 on the birthday of the Danish king Frederick IV. The foundation stone of this church still bears the name of this Danish king.

This grand building lies opposite to Fort Dansborg. It was constructed during 1780s and functioned as the private residence of the Danish governor. The bungalow has a European feel with its Yellow walls, lovely windows, doors and huge pillars. The original building has undergone many repairs, which have enhanced its elegance. Tranquebar Danish Governor’s Bungalow has a dance floor, service area and various other lavish rooms. 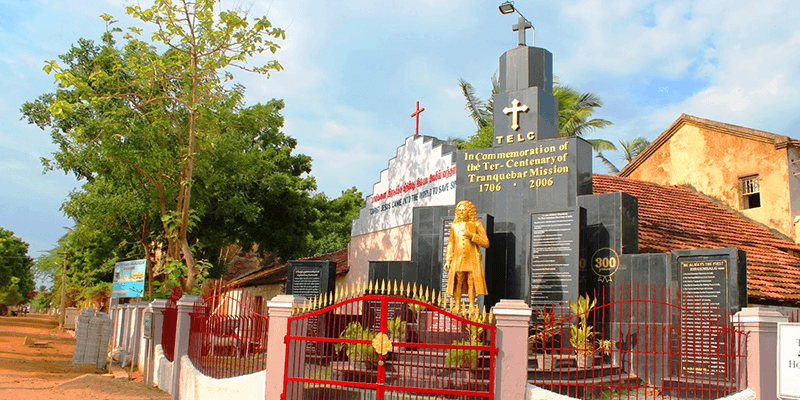 Consecrated in 1701, Zion Church is the oldest church in Tharangambadi. It lies in the premises of Fort Dansborg and was built by the noted Danish missionary Rev. Bartholomaus Ziegenbalg. The Zion Church is also believed to be the first Protestant Church in India. The church premises are decorated with lush lawns, while the interiors have polished brass plaques to signify the first five Indian protestant converts under the Danish mission who were baptized at Zion church in the year 1707. 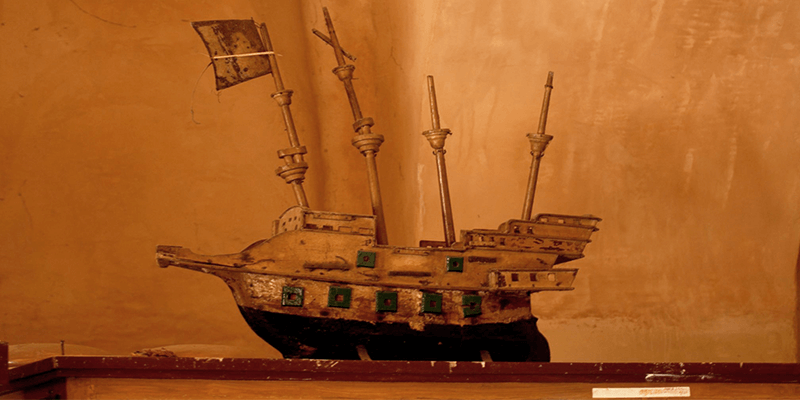 The Danes were known to be great navigators, and this museum exhibits some of their equipment. From old Danish boats, fishing boats to old maps of Tranquebar and photos from the past years, the museum has a rich collection. The museum is situated in the Danish Commander’s House, and is run by the Danish Tranquebar Association. Apart from a great collection of books on maritime history, there is a special photo-video show organized at the Tranquebar Maritime Museum reflecting the effects of 2004 tsunami in Tranquebar. 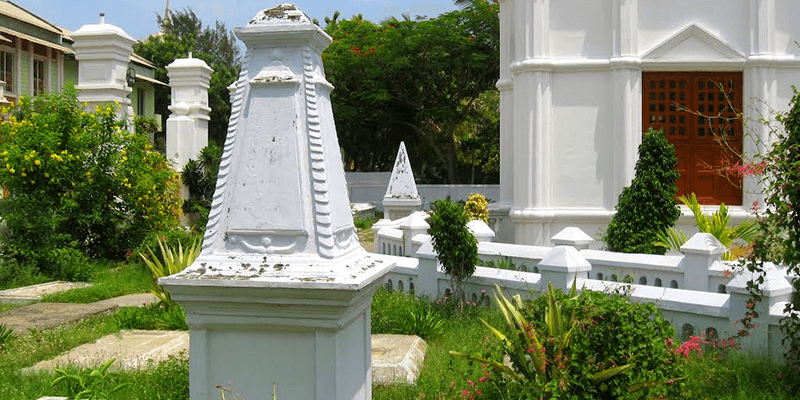 Apart from the scattered Danish houses and the Fort Dansborg this is another important relic from the Danish era of Tranquebar. The Old Danish Cemetery served as burial grounds for many notable Danish nobles and high ranking military officials. The plaques at the cemetery give you a glimpse into their lives and enrich your Danish exploration in Tranquebar. 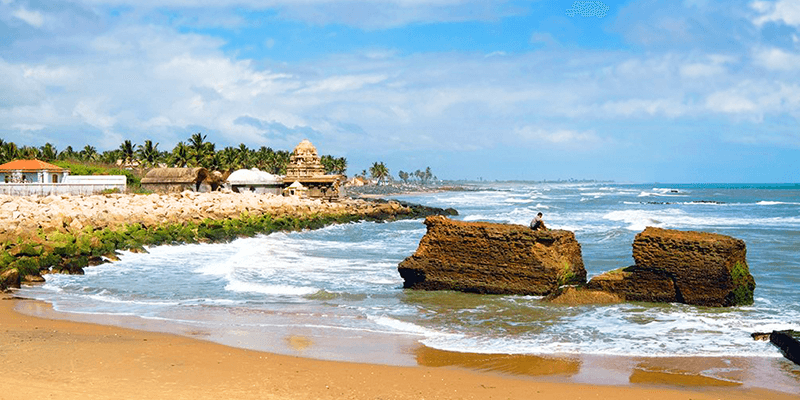 One of the most romantic beaches in India, you would just want to hold hands of your better half and take a leisurely stroll along this beach. The beach is as clean as it can get and decorated with casuarinas. It offers spellbinding views of the Bay of Bengal. One of the star attractions of the Tranquebar Beach is an ancient Bungalow. It was the house of a Danish nobleman, but today it has been transformed into a heritage hotel.

Tranquebar or Tharangambadi, anyway you call it, has preserved the memories of a unique part of Indian history. Far from the crowds of Chennai and just a short distance from Pondicherry, Tharangambadi is a not to miss Tamil Nadu tourism attraction.

Wellington: A Hidden Treasure of the Nilgiris