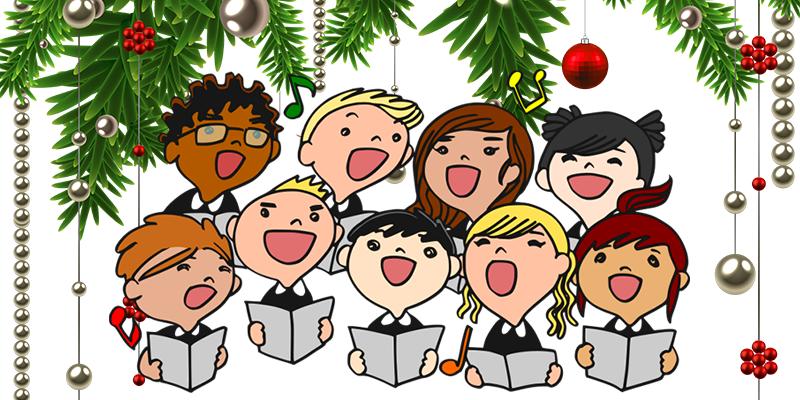 With only a few hours to go before the Church bells ring, people all around India are readying themselves for the grand Christmas celebrations. There are many things that make Christmas such a special occasion in India. Though only 2.3% of Indian population belongs to Christian community, yet Christmas is celebrated in India with much fervor. One of the things that make this day so special are choir groups singing soothing carols. Singing carols on the Christmas Eve have been in practice since the Medieval ages, but nowadays the groups are more experimental in their approach. While some groups are including contemporary versions of the old carols, others are Indian-izing their songs. As choir groups gear up for their performances on the Christmas Eve, we take a look at some of them. 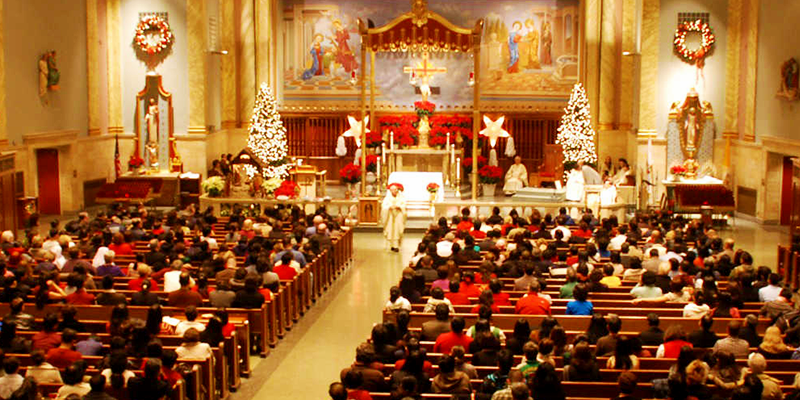 The capital of India has its own choir circuit. The oldest among the choir groups is Delhi Christian Chorus, which was formed some 50 years ago. The group performs everything from Mozart and Bach compositions to old Hindi songs. Another prominent choir group is Capital City Minstrels (formed in 1994), which has diplomats, foreigners and senior executives of MNCs as their members. Gabriella Boda-Rechner, director of choir groups all over Europe, is in charge of all the performances. 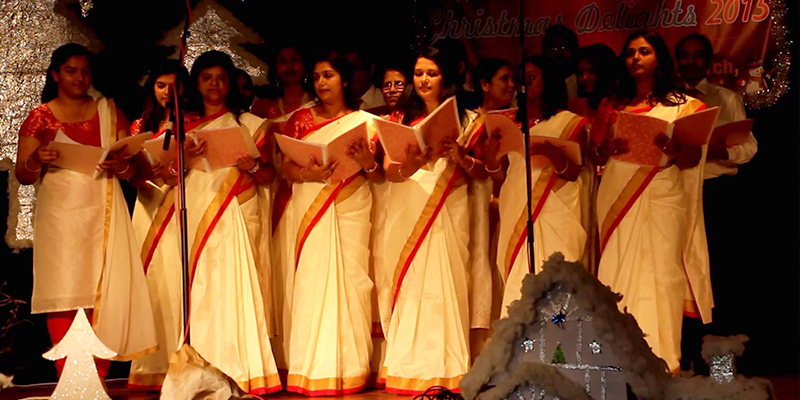 Chennai is filled with many reputed groups. Madras Youth Choir (MYC), formed in 1971, is held as the oldest existing choir group in India. This group is not confined to performing only during the Christmas. MYC has performed in many national and international musical events. MYC’s choir performances are multilingual and contain songs in at least 6 languages. Another popular choir group is the St. Thomas Orthodox Cathedral Choir. Founded by Jacob John, who was A. R. Rahman’s piano teacher, the group sings carols in Malayalam. Each year, this group tries to come up with two new carols in Malayalam, which have a blend of European and Carnatic music. Then there is the Handel Manuel Chorus, formed in memory of Handel Manuel who was a pianist, composer and conductor of world repute. The group specializes in church music from classical and the Baroque period. 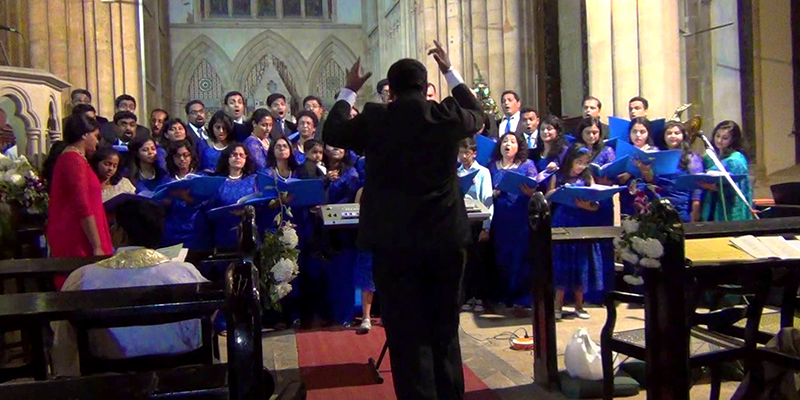 Midnight masses are a fun event in Mumbai, and it is partly due to quality of choir groups who perform during this event. While most of the choir groups tell the musical story of Christ’s birth in the traditional choir singing way, there are other groups who have the daring to innovate. Powai’s Holy Trinity Church Choir has a unique way of performing; all the singers from the group hold solar lanterns to give the listeners a green message. In Pune, the Bel Canto Choir are merging the classic tunes into their choir songs. Some years back they sang “Santa Santa” on the tune of Abba’s hit number “Honey honey”! 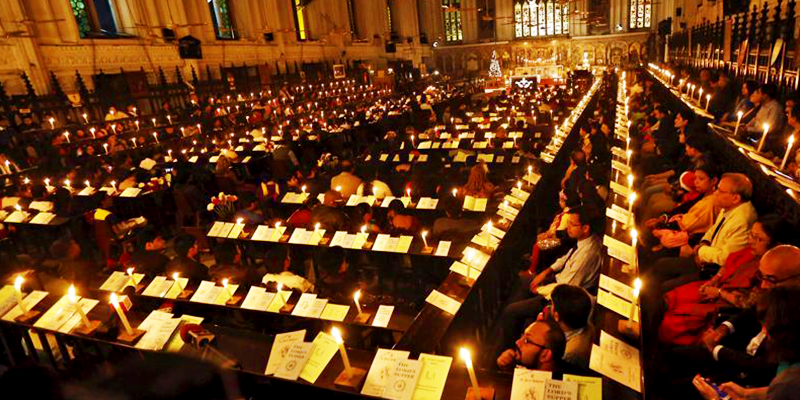 A lot happens in the streets of Park Street on the Christmas eve, but sadly there are not too many choir groups in the city to entertain the mass attendees. The best mass in the City of Joy is held in St. Paul’s Cathedral and their choir can be crowned as the best in the city. But if you really have to look for upcoming choir groups then there are dozens in North Bengal. The choir culture is very popular in this hilly part of Bengal. The reputed groups from the hills are Dr Graham’s Homes School Choir (from Kalimpong) and St Paul’s School (from Darjeeling). These choir groups keep their performances simple and on traditional lines, where experimentation is not done.

Apart from the cakes and puddings, carols have somehow become an integral part of Christmas celebrations. The soothing carols on the chilly Christmas night are an experience you must enjoy.