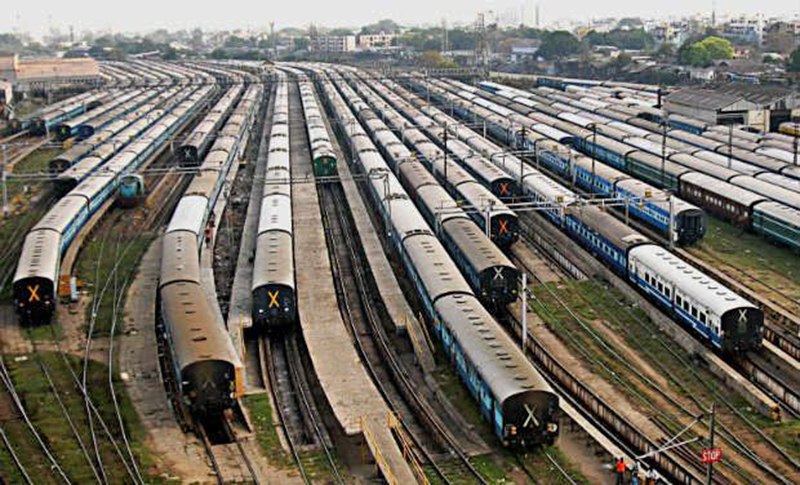 Indian Railways is an awesome organization based on its operations and coordination. But when it comes to its quality of service, railways is still lagging far behind the passenger expectations. Our rail network has the potential of reaching people to their destinations much quicker and safely, but it cannot do so. Apart from some Premium trains, every other train is hurt by delays along the route. Passengers have even designated some stations as the main culprits behind the late running of trains. But the truth is much different to the popular belief. Indian railways time table always leaves enough time for trains to cover the distance between two stations. Why then are the trains late?

Do we not have the kind of technology to support the traffic of trains? Indian railways have the third largest railway network in the world. There are millions of people working to make the trains run on time between the destinations. Some of you would be surprised to know that we have a control room with all the advanced settings, just like the ones we are habituated to seeing in the Hollywood movies! Yet, the people manning or using these technologies are often helpless. Why?

Well, each year there is a rail budget and new trains are announced alongside the new reforms. This means each track is filled with more and more trains. Though the additional trains are reducing the shortage of tickets and people do not have to search extensively for trains between two stations, yet this means the tracks along the busy routes are always full. Just like the roads, rail tracks across India are getting congested each year and at times this leads to a standstill.

Recently there has been a term used for the Allahabad – Mughal Sarai section of the railways, it is known to many passengers as the Bermuda Triangle of Indian railways. Passengers tend to blame the technicians for the delays. But as a matter of fact it is the traffic of trains and the availability of empty tracks that have to be blamed. This route witnesses a large traffic of trains all through the day. So, it is really difficult for the operators to find empty platforms. Even when there is an empty platform, the operators have to give preference to the Premium trains first and there are a hefty number of Premium trains plying through this route.

Apart from this, there is not only Express, Superfast or Premium trains plying across a particular route in India. There are also slow moving goods vehicles and local trains. These need tracks too. So a particular train might be moving at over 65 KMPH speed, and then stop all of a sudden in the middle of nowhere. This is done to sidetrack the slow moving train ahead and let the high speed train pass. Or to pass another deemed important train through. Problem with many Indian trains is not in their high or low speeds. It is shifting from a high speed to a standstill. Most trains may travel through a particular stretch at great speeds, only having to wait for half an hour at a signal waiting for trains ahead to vacate a platform.

The problem of delays in the Indian railways stems from imparity between the number of tracks and trains. While the number of trains keeps on increasing each year, sadly there is no new lines set up to accommodate this increase in traffic. This is the reason why live train status for most trains in India will suggest they are running at a hefty delay.

Look what we have done with your GPS data!