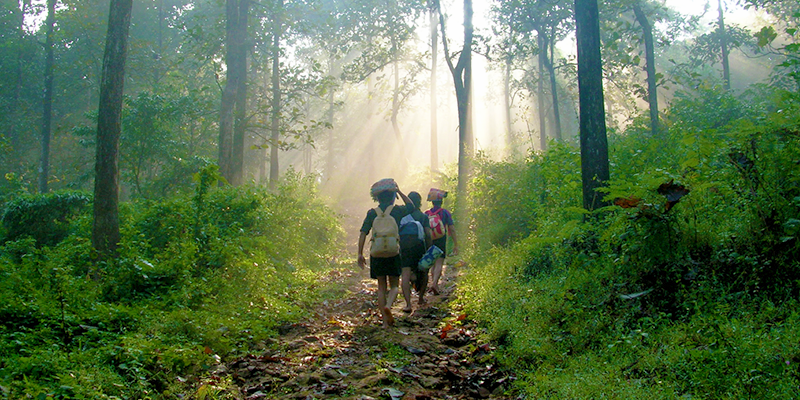 It is that time of the year when all eyes are focused on the Sabarimala Sree Ayyappa Temple. Pilgrims have already started making their way to Kerala in hopes of earning the blessings of Lord Ayyappa. In the next three months, a deluge of people are anticipated to visit this holy shrine. Though Makara Vilakku (on January 14, 2018) is the main draw at this temple, but presently devotees are rushing to the Sree Ayyappa Temple to pay their reverence during Mandala Pooja Mahotsavam (from November 11-December 26, 2017). In the coming months Sabarimala will see one of the largest conglomeration of devotees, who defy the hardships in favour of their faith.

The History of Pilgrimage 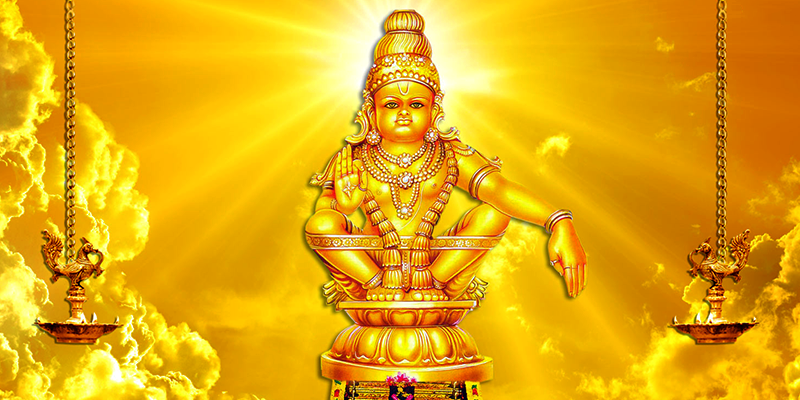 The temple of Lord Ayyappan gets its mention as early as 12th century, when the Prince of Pandalam dynasty known as Manikandan, mediated at the ancient temple. It is believed that on the holy day of Makaravilakku, Lord Rama and his brother Lakhsmana met Sabari, a tribal Goddess and were blessed by her. It is also the day, when it is believed that Lord Dharmashasta stops his meditation to bless all the devotees visiting the temple. With the hopes of getting divine blessings, millions of devotees make their way towards the temple.

Preparation for the Pilgrimage 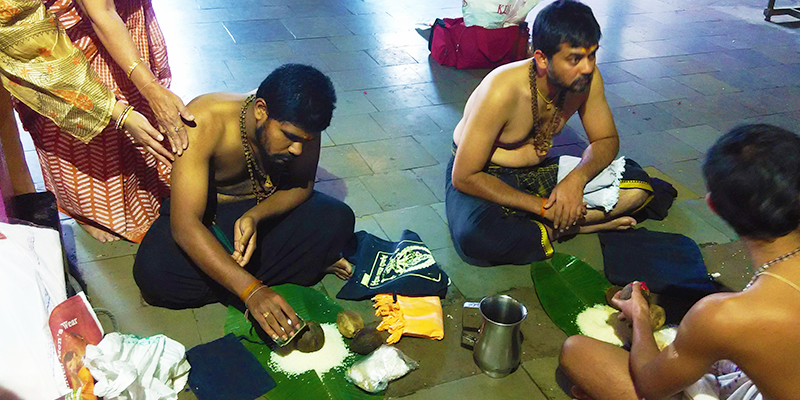 Sabarimala is one of the most difficult pilgrimages. It takes a prior preparation, and not just anyone can take this walk of faith. To undertake such a pilgrimage the devotee needs to be both physically and mentally fit. So, how do prospective pilgrims prepare? 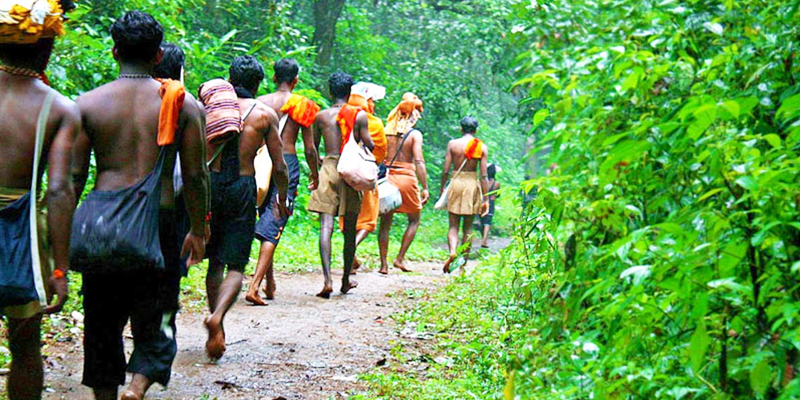 Seeking divine blessings from Lord Ayyapan, devotees trek through the mountanious forest paths. All the devotees have to walk across atleast 8 KM on the steep mountainous tracks. Though the route has been re-developed in the present times and along the road there are provisions for medical aid and other emergency support available, but it still remains an arduous trek, no doubt. This trek pushes the physical fitness limits of all the devotees.

TRAINS TO CHENGANNUR
TRAINS TO KOTTAYAM 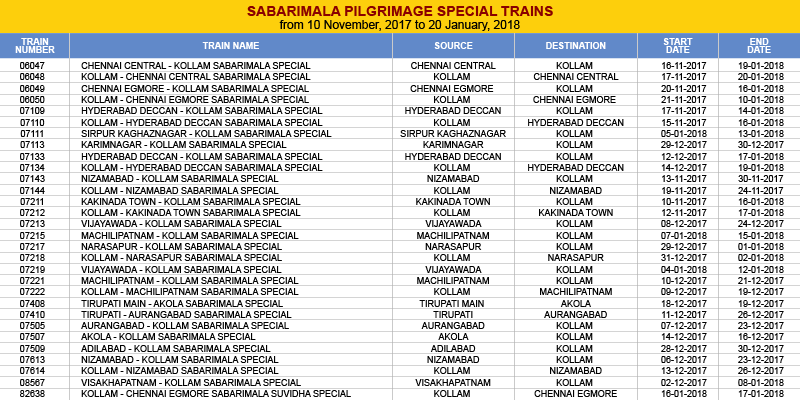 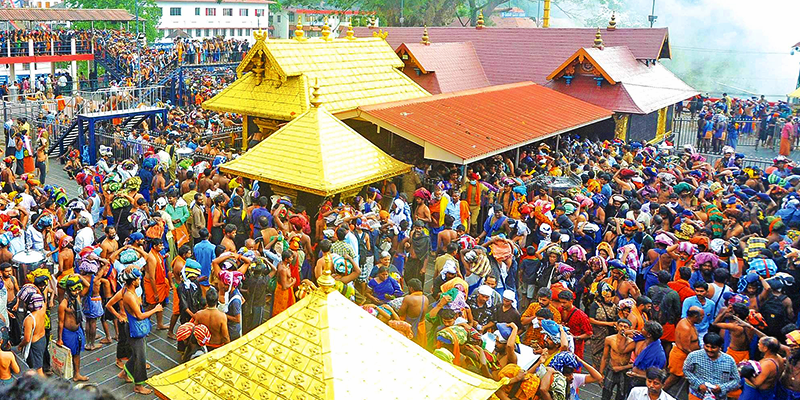 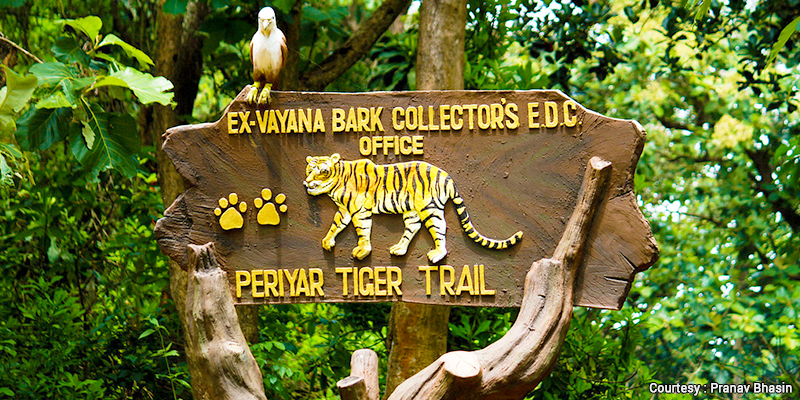 Periyar National Park: Situated in Thekkady town, this Tiger and Elephant reserve is a great place to spend some time in the lap of nature. Known for its scenic beauty and amazing bio-diversity, this is a must visit destination when you are in Sabarimala. The reserve is filled with colorful varieties of orchids and other flowering plants. 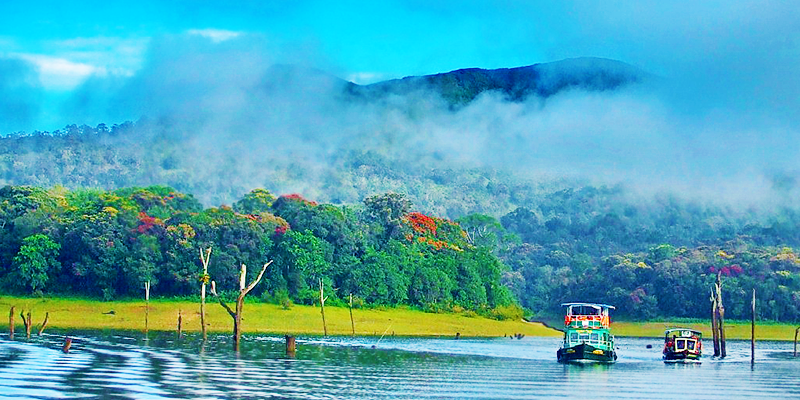 Periyar Lake: This pristine lake is situated within the Tiger Reserve itself and is dotted with many scenic attractions. The rich flora and fauna around the lake will leave you mesmerized. Boating is a major attraction while at the lake.