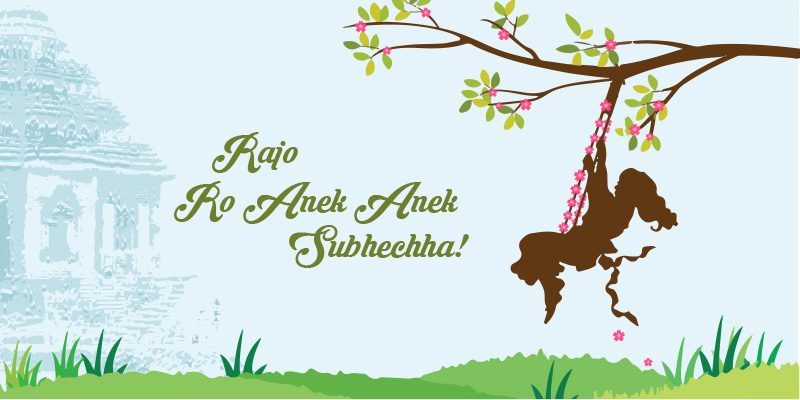 Rajo festival marks the onset of the long-awaited monsoon after a really dry spell of summer in Odisha. The state welcomes the season of rain with open arms and celebrates this 4-day festival with full pomp and show. A festival which was initially confined amongst the tribes now witnesses active involvement of the entire state between 14th to 17th June, every year.

During Rajo, Bhu Devi/ Mother Earth (wife of Lord Vishnu) is worshipped and farmers pray for a good rainy spell for their crops. Spread across four days, various interesting rituals are performed along with a grand feast and merry-making. Each of the four-day festival is significant and has a different name associated with it 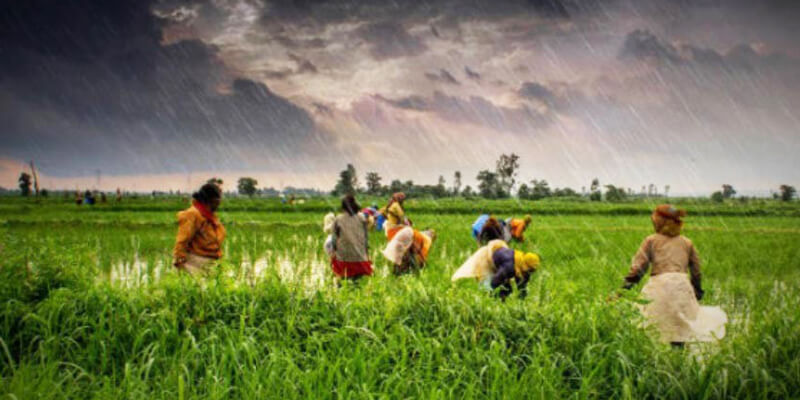 Women, especially the unmarried ones, participate in Rajo with all gusto and fervour. With full-time pampering, they give a break to their household work for some days, get decked up in sarees of vivid hues(red, blue and green), embellish their feet with red dye, decorate their foreheads with sandalwood paste and play indoor games. Fun and festivity seep in, like totally! 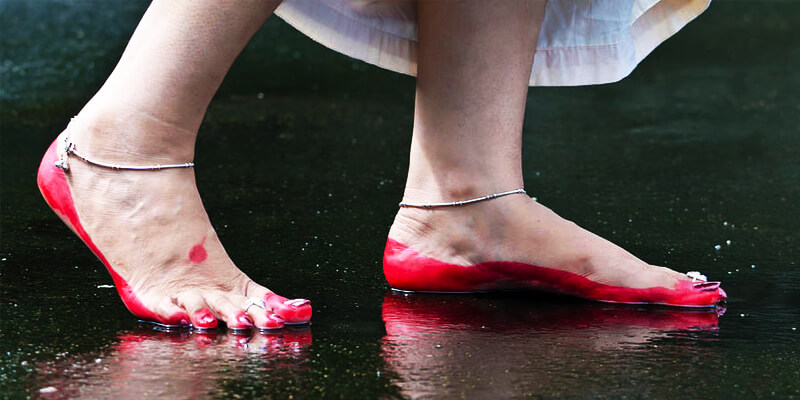 Walking barefoot is a strict no for girls during the festival. This is because “Rajo” comes from the word “Rajoswala” which means a menstruating woman. It is believed that during the first three days, Bhudevi undergoes menstruation and is thus bathed on the fourth day. Hence no girl can walk barefoot during these four days. Doing so could defile Mother Earth and make her angry.

No work and only merry!

Another interesting ritual of the festival is that no farmer can work or even visit the fields during these four days. They have to attend the festival of rains. Having to keep their fields undisturbed, they have plenty of time to accompany the women in the merriment. 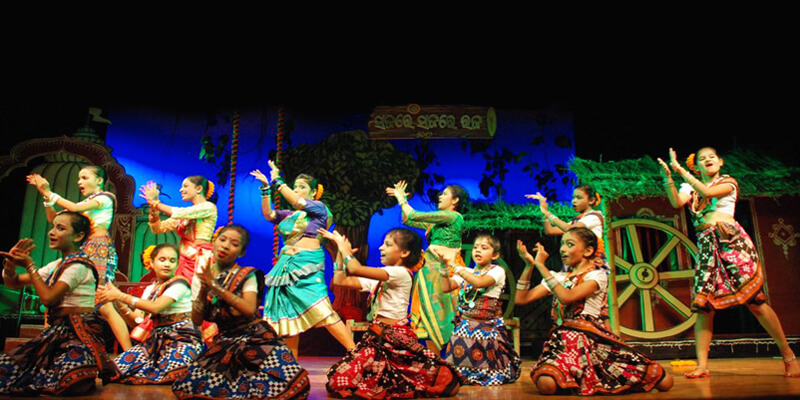 Odisha has a unique style of celebrating and welcoming monsoons. Be it jungle tribes or city folks, Rajo fever surmounts everyone and everything. It is a completely relaxing time for people. Women have their days off from the kitchen and household duties. Songs, drama, and dances such as Jatra and Gotipua are performed to keep the attendees awake throughout the night.

In the jungles, Adivasis or the tribals celebrate the festival by drinking their age-old traditional wine made of palm juice and mohul flower. They drink their fill and dance late night to the echoes of songs and beat of the drums. Everyone in the house, in the neighborhood and as a society, mingle with each other and be a part of the celebrations.

The season of swings is coming 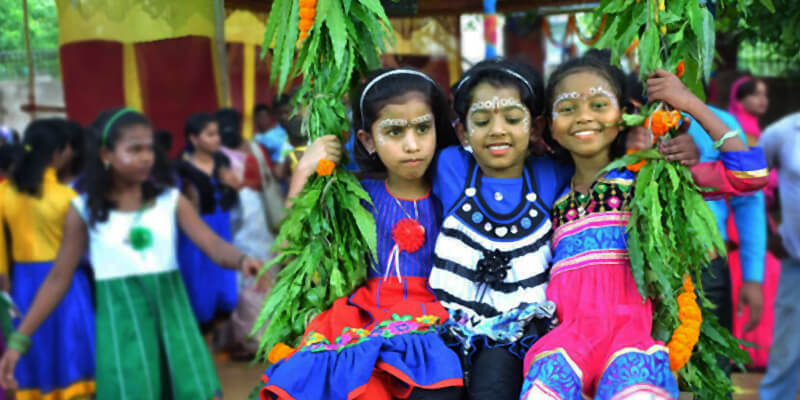 Yes, it’s merry time for all the ladies out there in Odisha. All decked up, they swing on the decorated jhulas hanging on the low branches of the tree. There are different varieties of improvised swings arranged during the festival and they have names as well such as ‘Ram Doli’, ‘Charki Doli’, ‘Pata Doli’, ‘Dandi Doli’, etc. Swinging high above and singing songs of love & rain, Ah! what love.

It’s time for some yummy treats, too! 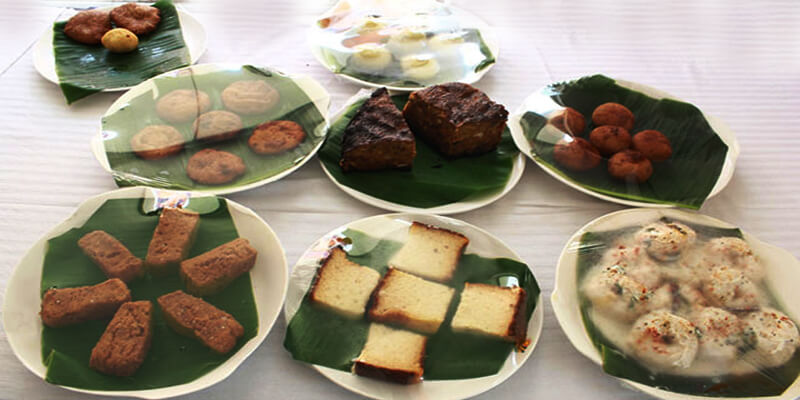 Rajo is also the time of a grand feast, a time to relish some of those regional flavours of Odisha. If you are in Odisha at the time of the festival, savour the delicious Pithas such as Poda, Manda, Arisha and Chakuli. Wait, hey, this is just not it. You’d be missing some scrumptious flavours if you did not taste Muga Bundi, Khira Gaja, and Chena Poda. Rajo Pan offers a special finishing to this lip-smacking treat, which is exclusively available during the Rajo festival.

Come and be a part of Rajo this monsoon

In an attempt to preserve the essence of this age-old festival, Odisha Tourism Development Corporation (OTDC) has started Rajo Mahotsav. Such celebrations are held at it Panthanivas (guest houses) which are located at Bhubaneswar, Chandipur, Konark, Gopalpur, Barkul, Paradeep, Cuttack, and Puri. 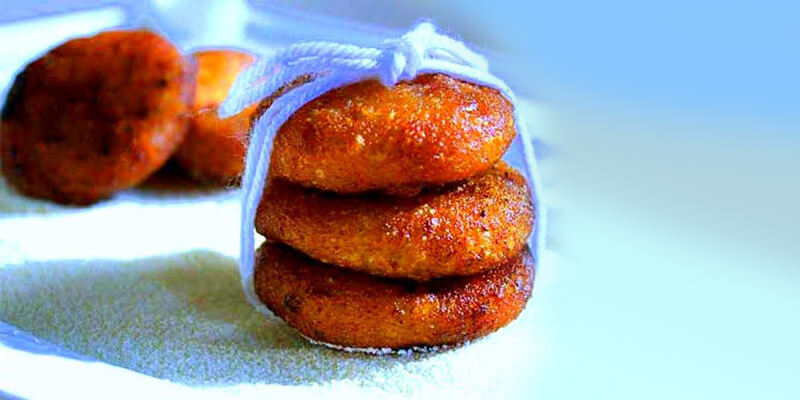 From performances to yummy treats(including the yummy pithas), such carnivals prove to be an ultimate fun for the locals and tourists alike. Raja Pana and Raja Doli are the major attractions at this celebration.
Note: This carnival at locations mentioned above is held from 14th to 17th June between 9 AM to 1 PM.

So, visit Odisha at the time of Rajo Parba and soak in the unique festive spirit by celebrating the magical monsoon.