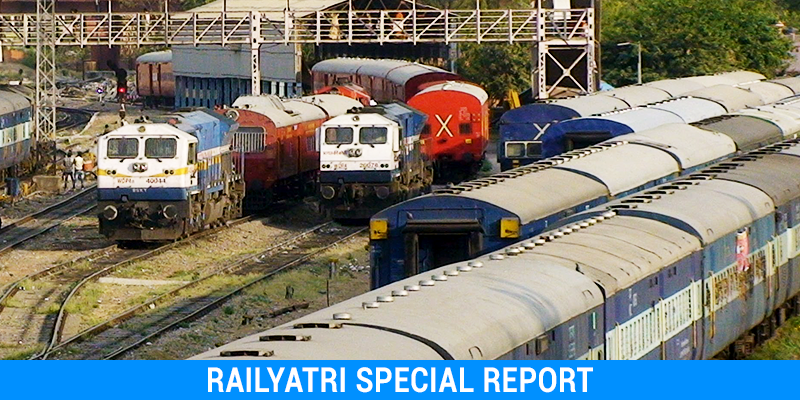 Based on a comprehensive analysis done over the last 6 months across more than 2500 important train stations in India, RailYatri.in reports that the nationwide Train Delay Average has fallen by nearly 30% since the start of the year 2016. However, the same analysis also reveals that the average National Train Delay Index still remains high at 35.03 minutes at the end of June 2016.

What is the Train Delay Index?

Our study considered more than one million trains’ running status data points each month, collected from train travelers boarding trains at various stations across the country. Our definition of Train Delay Index is based on the amount of time a traveller has to wait at a station for the arrival of the train beyond its scheduled arrival time.

It is important to point out here that the worldwide operating definition of Train Delay Index across the world, including Indian Railways, only considers the delay at its final terminating station. This means that if a train manages to reach its terminating station on time, despite being late at all other intermediate stoppages, the entire run is considered on-time. This explains why trains are given extra buffer time, either just before or close to their last stoppage, so as to help them complete an on-time run.

However, our study has considered delays at all intermediate stoppages where passengers board the train as we believe that considering delays at all the stoppages is a more realistic measure and reflects the train traveler’s view about the delay on their train journey.

Change in the Right Direction

We would like to congratulate the new ministry for putting the spotlight on the perennial train delays which travelers in India have always complained about! The improvement is significant and it seems like the efforts are showing results. However, it is a continuous improvement cycle and we are sure that Indian Railways would continue to control and bring the delays to an even more respectable level. Our study has highlighted areas which are chronic under-performers, and we suggest a bottoms-up approach which focuses specifically where severity of the problem is highest.

A. Top 5 States where average train delays are least (as of June 2016)

B. Top 5 States where average train delays are maximum (as of June 2016)

C. Give the officials a pat for showing significant improvement over 6 months

D. Course correction needed – delays are increasing in these states

RailYatri Train ETA: Prediction that is essential for your travel decisions