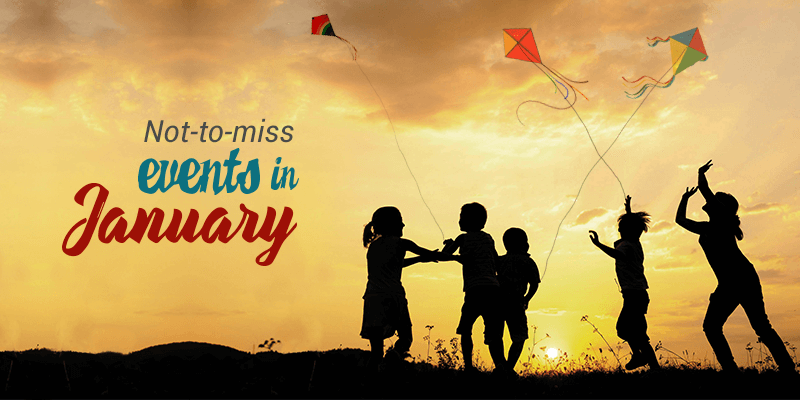 January is our favourite month of the year and thanks to its abundant lot of festivals & events that creates an exuberance and warmth in the wintry month. Kites, camels, music, dance, literature and much more are on offer!
Kick start your year on a celebratory note and check out the best of what’s on this January in India:

Be it a harvest festival, a kite festival, a solar festival or a festival of sesame and jaggery sweets – Makar Sankranti is all of this and much more. This day marks the oblation of Sun god (transition of Sun away from Tropic of Capricorn towards Northern Hemisphere) and signifies the essence of prosperity and faith. This festival takes on different colours as it crosses state boundaries – Uttarayan in Gujarat, Bihu in Assam, Lohri in Punjab and Pongal in Tamil Nadu.

Makar Sankranti is observed as Uttarayan or International Kite Festival in Gujarat. The sky changes colours as millions of kite enthusiasts pitch themselves from rooftops and open fields. Fun-loving rivalry to outdo each other in kite flying skills and delicious Gujarati feast of Undhiyo and Jalebi are the hallmarks of the day. 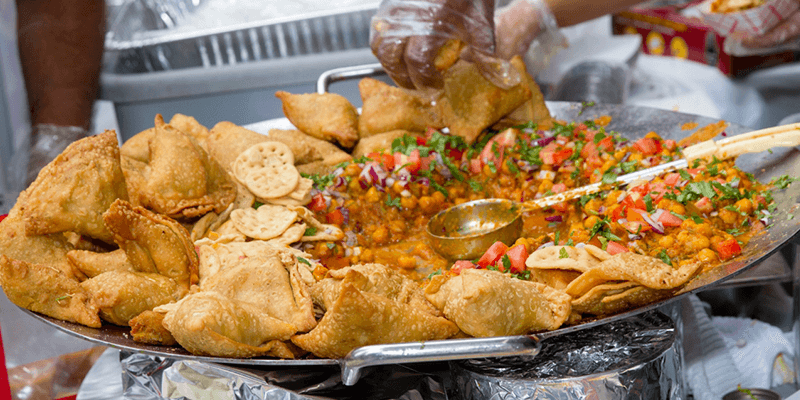 The street food is a treasure house of local culinary traditions and is increasingly playing an important role as an enhancer of tourism sector all over the world. As the leading platform of street vendors, the National Association of Street Vendors of India is promoting the street food of India through the National Street Food Festival and will closely help in promoting the cultural diversity of India

The festival would witness a large number of food lovers thronging to the venue to savour the much-loved street delicacies from different regions of India, at one place. 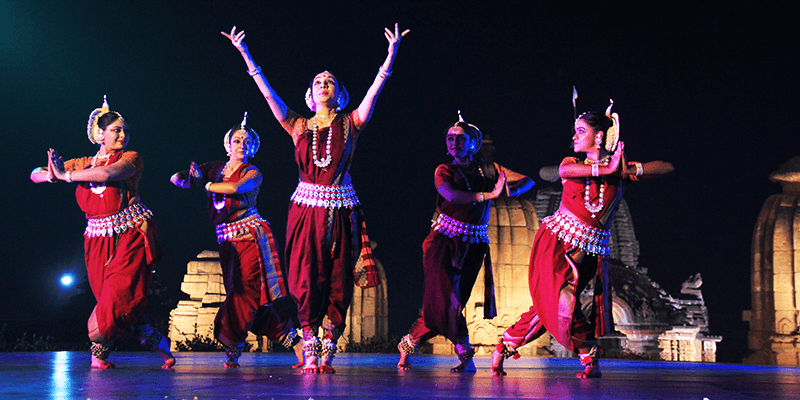 The Mukteshwar Dance Festival concentrates exclusively on Odissi dance. It features solo, duet and group Odissi performances by young and senior artists.
Reputed troupes from Odisha and elsewhere in India perform at the festival. It takes place in the courtyard of one of Bhubaneswar’s most prominent and well-preserved temple complexes that’s more than 1,100 years old – Mukteshwar temple complex. 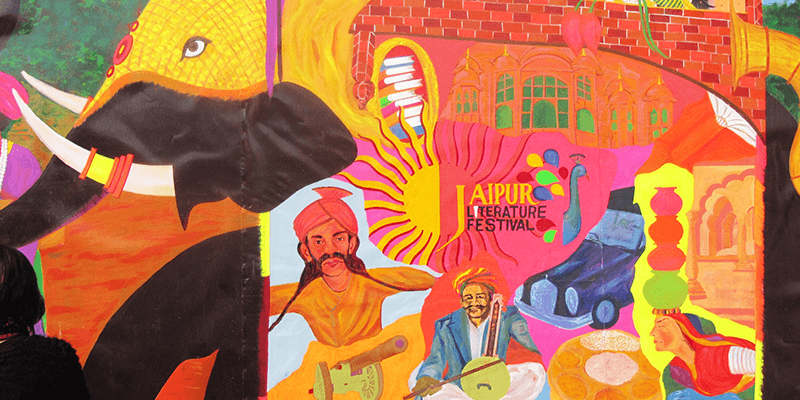 Bringing together some of the greatest thinkers and writers from across the world, Jaipur Literature Festival has grown from a modest beginning to the largest Free Literature Festival in the world. Every year, the festival draws hordes of audience and guests from around the world during the 5-day event.
Each year, participants, from Nobel laureates to local writers and from Man Booker Prize winners to debutant novelists engage in readings, debates, discussions at the Diggi Palace. In between the events, various cultural events like musical gatherings, songs and dance performances are organized to keep the audience engaged. 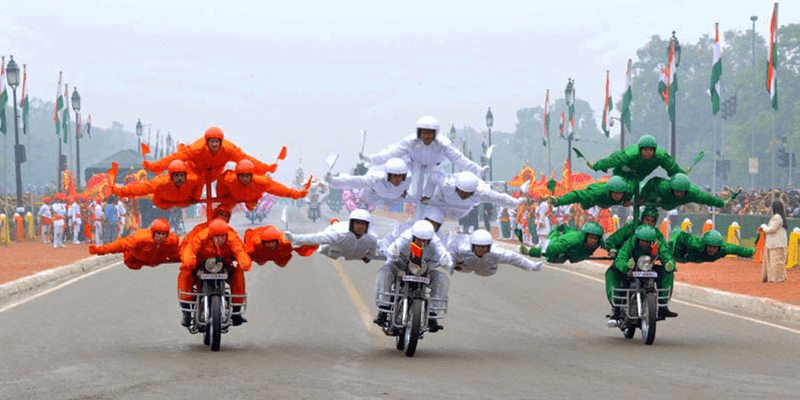 Republic Day marks India’s adoption of a republic constitution on January 26, 1950, after gaining independence from British rule in 1947. One of the national events in India, it is an occasion that’s close to the hearts of all Indians.
Celebrations take place on a grand scale in India’s capital city. Traditionally, the highlight is the Republic Day Parade which features contingents and displays from the Army, Navy, and Air Force. The parade also includes colourful floats from each of India’s states. The Republic Day Parade is followed up with – Beating the Retreat ceremony on January 29.
Note: Republic Day 2018 would be a historic event as India will be hosting leaders of 10 ASEAN countries as chief guests on 26 January. 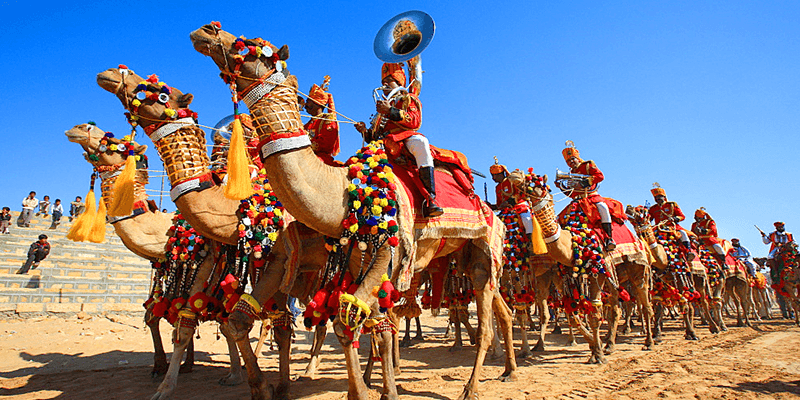 This is another exuberant desert festival in Rajasthan that fills the city of Jaisalmer at its magical best. While the fancily dressed locals come forward and take part in the turban tying competition and the moustache competition, there are camel races, polo matches, acrobats, puppeteers, and jugglers all around that keep the tourists amused.
This festival ends on Poornima (full moon day) with the “Sonar Qila or the Jaisalmer Fort in the background, thus creating a fairy-tale ambience. Delicious food, interesting stalls displaying artefacts, handicrafts and other souvenirs, are also available at the festival. 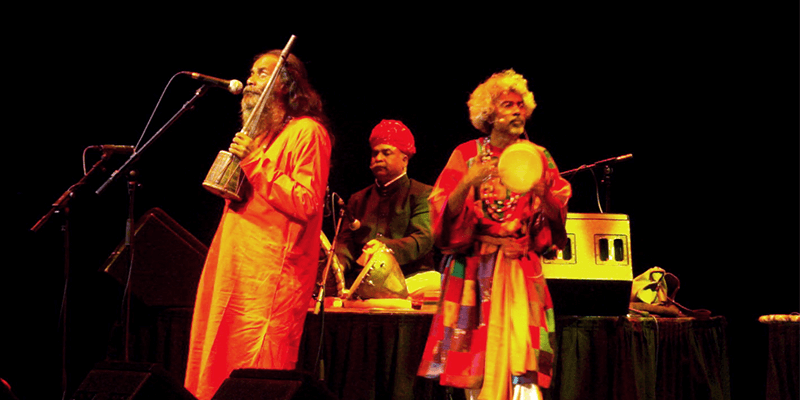 On the banks of the river Ajoy, Jaydev Kenduli is believed to be the birthplace of the famous poet Jaydev. In his memory, an annual fair is organized here every year on the occasion of Makar Sankranti.
The Kenduli Mela is, therefore, a great opportunity to savour the taste of Baul music. Thousands of people every year come to the Kenduli Mela to experience a slice of rural India being brought alive. A happy folk music festival, Jaydev Kenduli Mela will surely strike a spiritual chord in your heart.
Note: You can easily reach this village by getting down at the Bolpur railway station. Regular bus service from Jamboni bus stand connects Bolpur to Jaydev Kenduli. 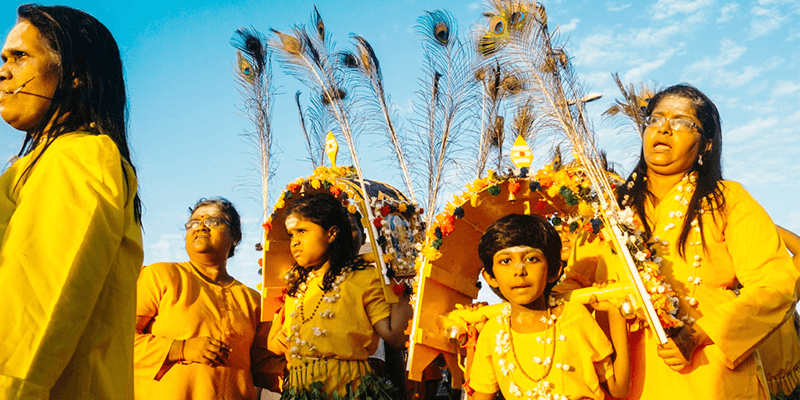 Dedicated to Lord Murugan, this unique festival is celebrated with great fervour by the Tamils. Many walk long distances carrying a kavadi – an offering such as a pot of milk or a decorative altar on a frame. One of the biggest Thaipusam celebrations takes place at Palani, near Madurai in Tamil Nadu that lasts for 10 days. The main day is the seventh day when the temple deity is taken out in procession for a bath. 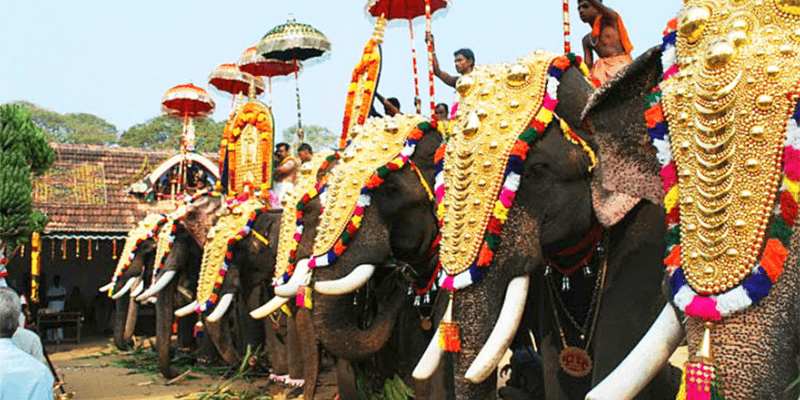 Ernakulathappan Uthsavam is a weeklong festival which is devoted to Lord Shiva in Ernakulam. It features a flag hoisting ceremony, parades and bathing of the temple’s idol. The festival also includes fireworks and numerous decorated elephants. Temple art is also promoted during the festival along with some amazing music and dance performances.

Now, what are you waiting for? Start packing and go!