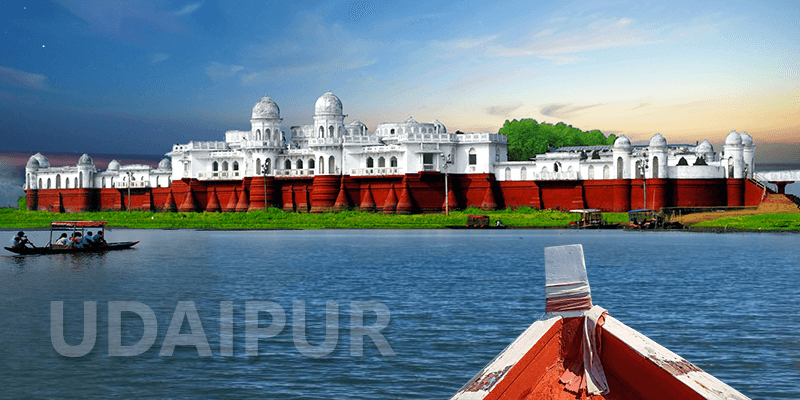 There are many places in the northeast that simply blow your mind away with their beauty, exotic settings, and splendor. One such little-known, yet historically rich, tourist destination is the town of Udaipur in Tripura. Once a seat of power and learning during the royal reign in Tripura; Udaipur is now a confluence of cultural and modern insights. Formerly known as Ranghamati (during the reign of the Manikya dynasty), Udaipur now reminisces its glorious past through its revered temples and beautiful lakes. You may call Udaipur the “City of Lakes” or the “City of Temples”, whichever way you look at it. Udaipur is a great destination for the explorers who want to beat the usual tourist trails. Today we take you on a tour through this unexplored Tripura tourism marvel. Let us start… 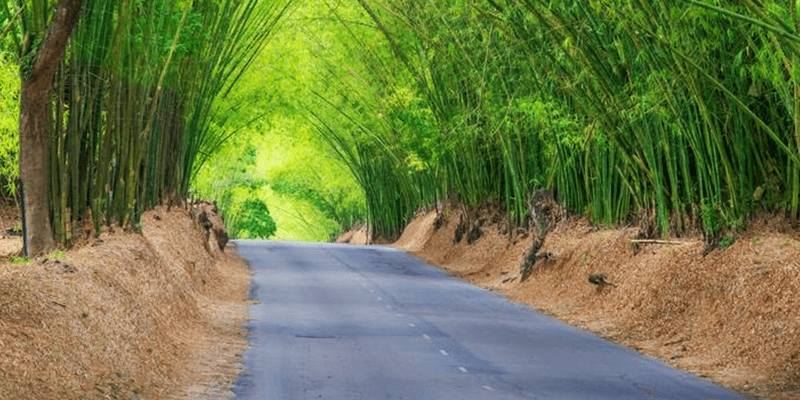 Udaipur being the third biggest city in Tripura is well connected by buses and cabs from Tripura’s state capital of Agartala. Udaipur is 55 KM away from Agartala and can be reached through the least crowded roads of Tripura.

Places to visit in Udaipur 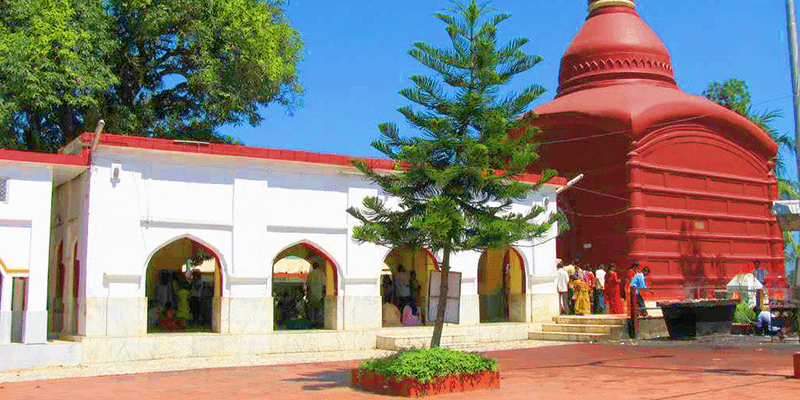 Tripura Sundari Temple (also called Matabari Temple) is one of the foremost Tripura tourist places. This temple is among the 51 revered Hindu shakti peeths. The initial structure for the temple was constructed about 500 years ago by Maharaj Dhanya Manikya Dev. As the legend has it, the foot of Sati’s human body fell at the site of this temple, after she was dissembled by Lord Vishnu. Today, the temple has become a pilgrimage site and thousands of devotees congregate here to seek blessings from the goddess. Diwali is celebrated at this temple with much fanfare, when the Goddess Kali is worshipped. There is a huge fair organized on the eastern side of the temple, on the shores of Kalyan Lake. While paying their reverence to the goddess Tripura Sundari (a form of goddess Durga), devotees need to take a plunge in the Kalyan Lake and they also have to feed the teeming population of tortoises in the lake. The inner shrine of the Tripura Sundari temple resembles the hump of a tortoise. 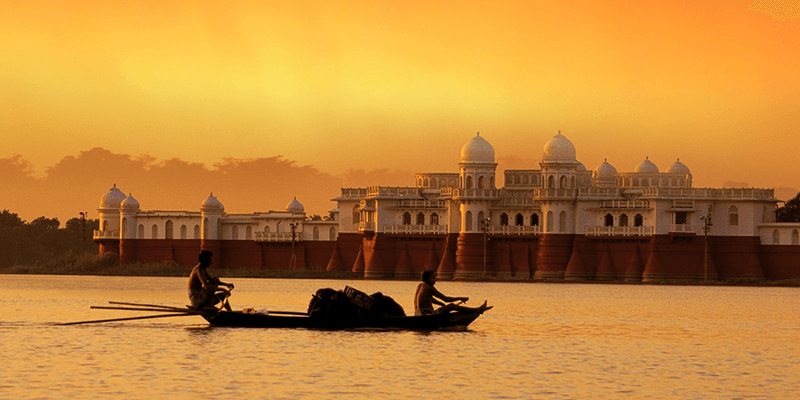 Now, this breathtaking structure has to be the most beautiful Tripura tourism attraction. As the name suggests, Neer Mahal has an integral association with water. It is in fact built in the middle of the Rudrasagar Lake. This summer palace was constructed by Maharaja Bir Bikram Kishore in 1939. Being situated on water, Neer Mahal offered the royal family some reprieve from the humidity during those summer days. The architecture of this summer palace is a blend of Hindu and Mughal architecture. The palace has 24 rooms with two huge wings and two grand staircases. The palace is divided into the Andar Mahal (where the royal family would reside) and an open-air theatre (meant for cultural shows that would entertain the royal family). Neer Mahal can be reached only through a boat ride. Standing tall in the glistening waters of Rudrasagar Lake, this white structure is a sight to behold! 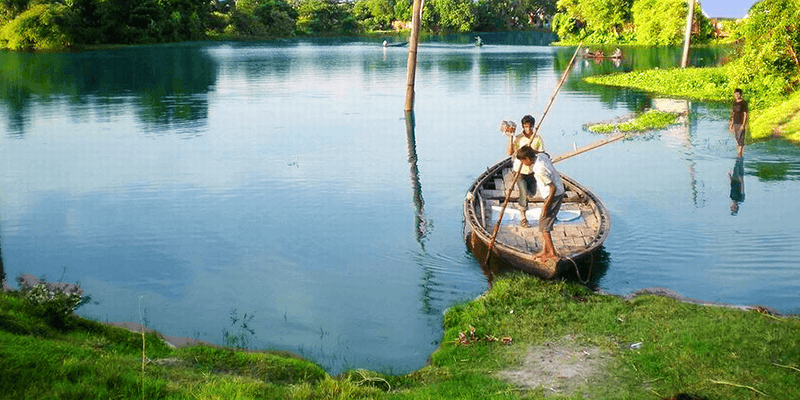 Udaipur is the best place for nature lovers, the Gumti River passes through the heart of this town. The landscape of Udaipur is dotted with many beautiful lakes. The largest among these lakes is the Bijoy Sagar Lake. This picturesque lake is also known as Mahadeb Dighi, in the local circles. The lake is 750m long and carries a rich history. The lake was created as a constant water source for the Udaipur dwellers sometime between the reigns of Dhanya Manikya and Govinda Manikya. Even today, the lake is used by the locals for all their daily chores. 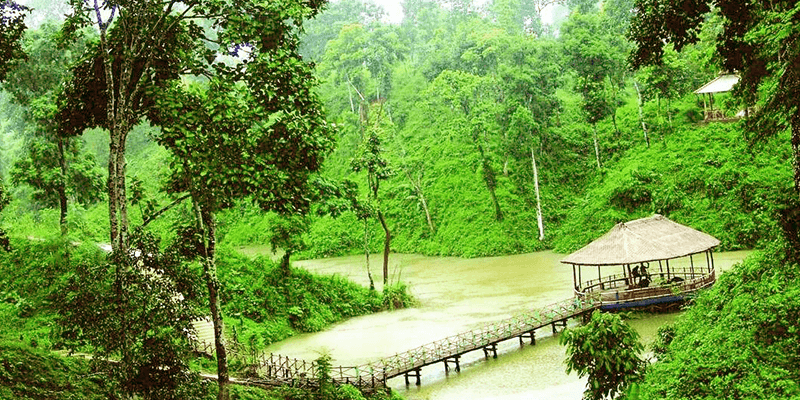 Situated at an hour’s drive from Udaipur, Trishna Wildlife Sanctuary is known for its diverse flora and fauna. This sanctuary, in Belonia sub-division, is famous for its high population of Gaba (the local variety of Bisons). One can also easily spot Hoolock Gibbons, Golden Langurs and Capped Langurs while taking a tour through Trishna Wildlife Sanctuary. If you are lucky, you may also catch a glimpse of leopards. The waterbodies around this sanctuary are filled with both migratory and local species of birds. The landscape of Trishna is a mixture of perennial rivulets and grasslands. The forest area has a high presence of local bamboo trees (known as Kaillai by the locals). 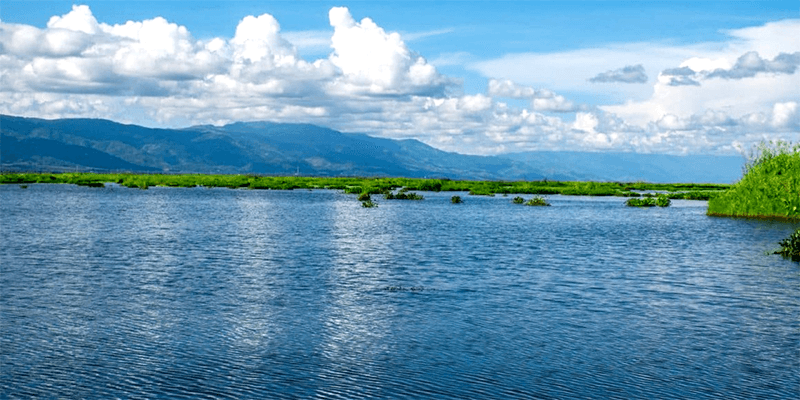 The Dumboor Lake is situated some 75 KM away from Udaipur. It is Tripura’s largest water body and is spread across an area of 41 sq. km. The lake is shaped like Lord Shiva’s drum and hence it has picked up the name “Dumboor”. Dumboor Lake is situated in the midst of lush green forests with hills as its backdrop. Boat ride on the lake is a special attraction. The boats take you to 48 islets lying along the lake, which are emerald green in color. Dumboor Lake is also a haven for the birdwatchers, as it is visited by various species of migratory birds. 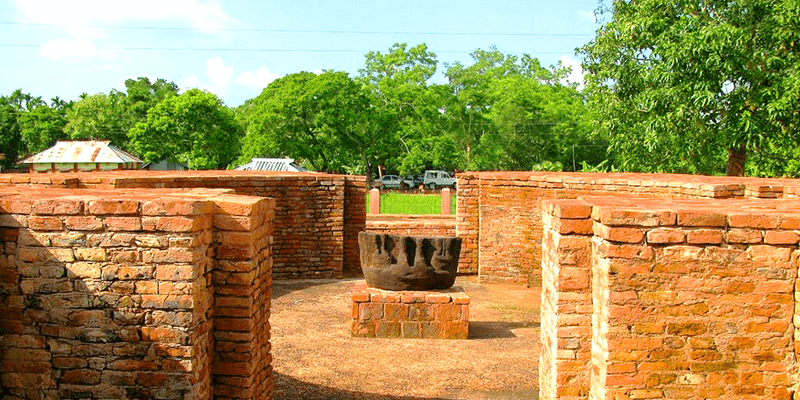 Pilak, an archeological site, is a must visit for all the history buffs. Situated on the outskirts of Udaipur, Pilak is best known for its ancient Hindu and Buddhist structures, dating between 8-12 centuries! Among the prime attractions of Pilak are the massive sculptures of Lord Shiva, Surya, Narasimha and Avalokiteshwara. Apart from these, there are of course plenty of terracotta seals and plaques from ancient times which can be seen at Pilak. Even as we speak, more Hindu and Buddhist antiquities are being unearthed at excavation sites of Pilak.

Now, tell us, would you like to visit Udaipur?