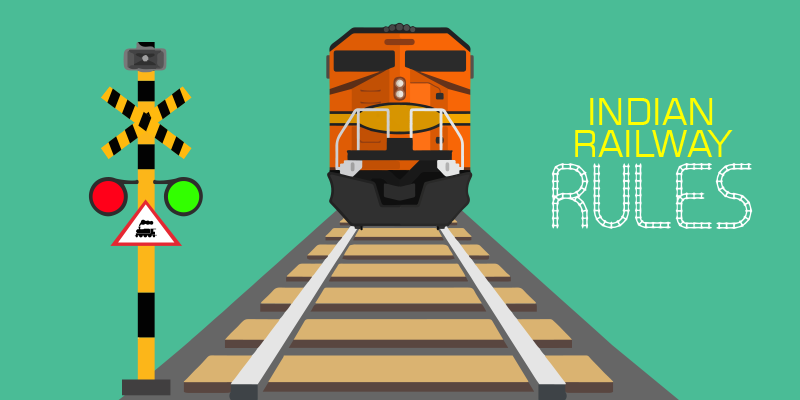 Even though millions travel by train, there are many railway rules which passengers are not aware of. At RailYatri, it is our constant endeavor to bring forth information that would help solve your travel worries. Today we bring you some such rules that you might not know.

Rule #1: Refunds on Tatkal tickets too! 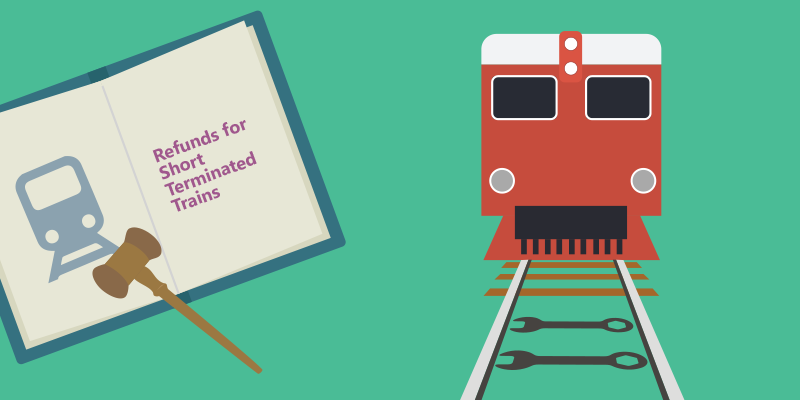 Travel plans sometimes come knocking out of the blue. And when you have to travel by train – Tatkal tickets are your only last minute choice. Till not so long ago Tatkal tickets were non-refundable. However, with the new Railway rules all this have changed and you can now claim refunds on Tatkal tickets too. So if your train is delayed by over 3 hours or there is a change in route of your train and it misses your station – you can rightfully claim your refund. Also, if a train is short terminated due to any natural calamity or technical problem, then the full fare paid for the booked journey will be refunded. In such a case, the passengers should surrender their tickets to the Station Master of the station where the train got short terminated.

Rule #2: The rule of two stops 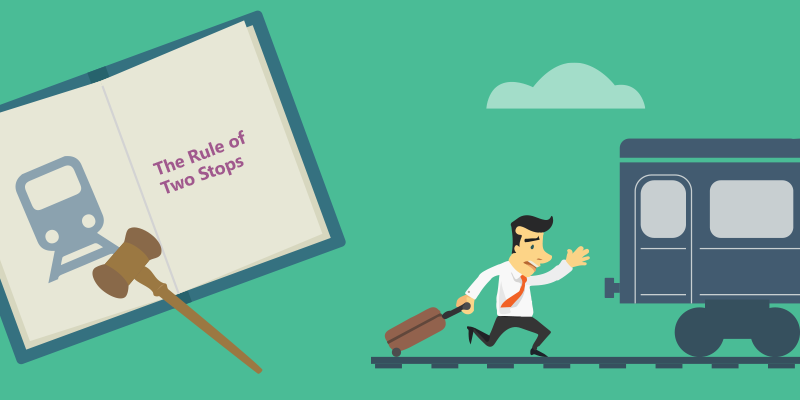 In case you miss the train from your designated boarding station, the TTE cannot allocate your berth to anyone else until the train passes the next two stops or during the next one hour (whichever is earliest). The rule thus allows you to board the train from the next upcoming station, if that is feasible. Once the train has passed the upcoming stop (or the time line), the TTE is free to allocate the seat only to the next person on RAC list. 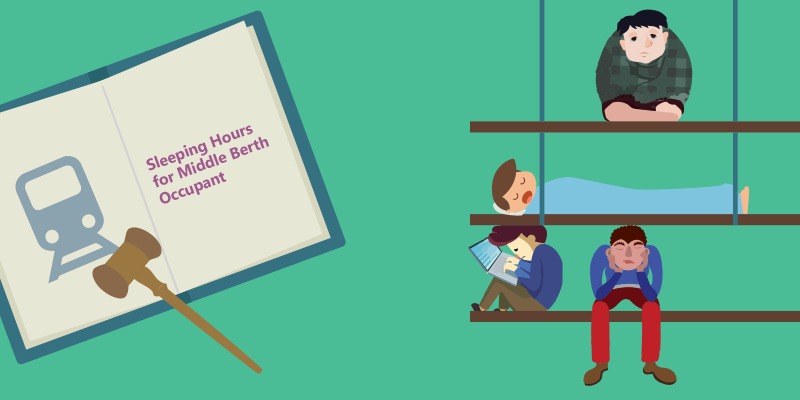 The rule says that any occupant of the middle berth cannot keep the berth up beyond the sleeping hours. The sleeping hours have been earmarked between 10 PM to 6 AM. The berth should be lowered after the said time to accommodate the smooth seating of co-passengers. 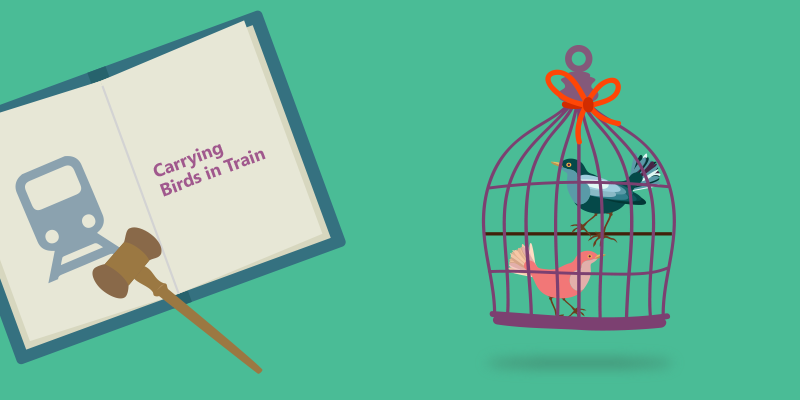 If you want to travel with your avian bird then you have to adhere to certain Indian railways rules. First of all, you cannot carry the bird along with you in the regular coach. Your bird will be treated as freight and placed in the luggage van. Chapter 10 of the Indian Railways Commercial Manual, clearly states that: “the responsibility for the well being of the bird (in this case) lies with the owner.” You have to fill up a form where the value of the bird, their number (in case you are carrying multiple birds), the number of cages and its dimensions should be clearly mentioned. It is the responsibility of owner to provide food and water for the bird while in transit. As you will not be allowed into the luggage van, so stock the cage with sufficient water and food to last the journey. 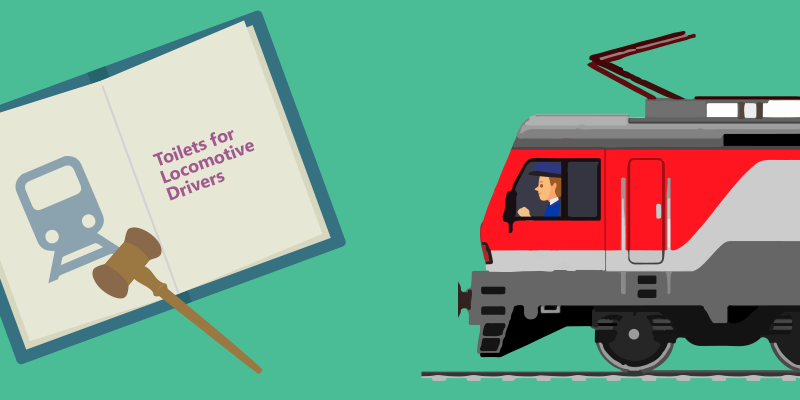 It has been 163 years since the first train chugged in India, but till date, the locomotive pilots (drivers) have to ignore their nature’s call for hours as there is no toilet in the engine. The logic against providing such a basic facility, is to avoid unnecessary train delays (as trains have to be stopped while the driver uses toilet).

Rule #6: Prices of packed food within the station premise 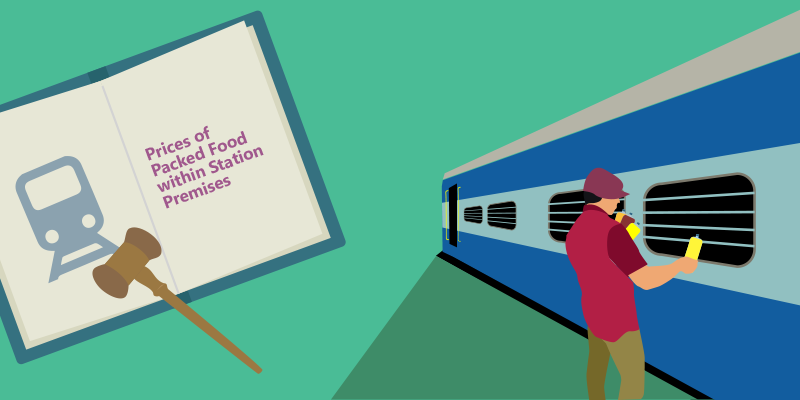 The Railways Act of 1989 clearly states that the IRCTC authorized food vendors selling packed food items or water bottles cannot sell their goods over the MRP. Any vendor if caught in the act, would be punished with a hefty fine and may have the license cancelled. Railways have a toll free number of 1800111321  to register complains in this regard. 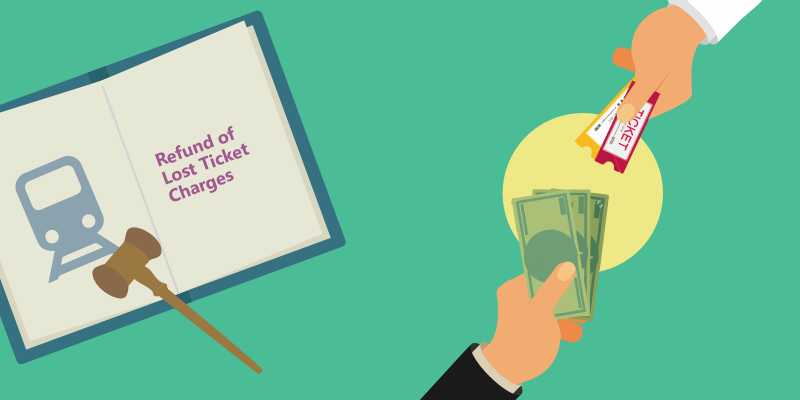 Suppose you have an upcoming journey, and find that somehow you have lost or misplaced the ticket/s, there is still a way to go ahead with the journey. You can approach the Chief Reservation Supervisor at the boarding station and submit an application requesting the issuance of a duplicate ticket. Alongside the application you would be asked to submit a xerox copy of identity card.This request would be entertained only until 24 hours before the journey time. After inspection, the duplicate ticket would be provided on payment of a nominal processing fee. In case, you find the original ticket, you can claim refund on processing charge for the duplicate ticket. To get such refund you need to furnish the original as well as duplicate ticket to the same official. 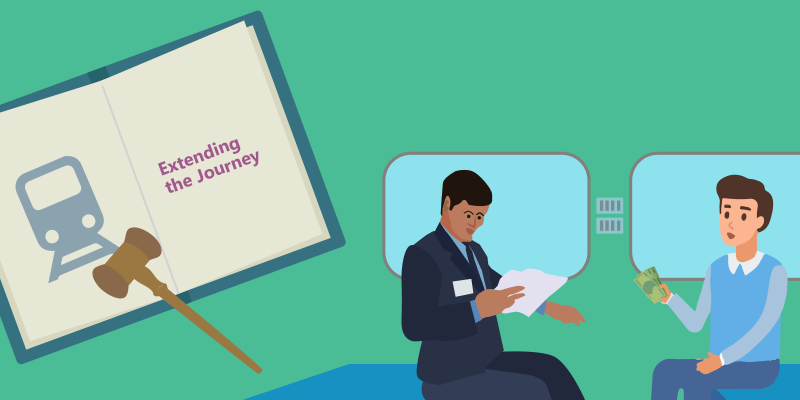 During the peak seasons, many passengers have to book tickets to an earlier station than their original destination (dictated by unavailability of tickets). In such instances, there is a provision to extend the journey upon informing the TTE before reaching the destination station. In such case, the TTE will collect the extra fare and issue a ticket for forward journey. You might be provided a different berth though for this forward journey.