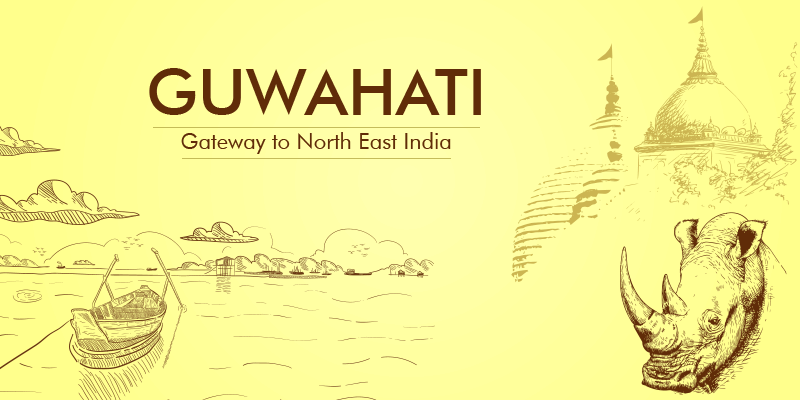 It is that time of the year when all routes lead to the auspicious Kamakhya Devi temple in the western part of Guwahati. Fondly known as the “Kumbh of Northeast”, the Ambubachi Mela brings people from far and wide to this laid back city of Assam. While that may be a great excuse to travel to Guwahati, during this time of the year, you should not limit yourself to visiting only this temple while your temple visit. Laced with lush greenery, fabulous excursion sites, gushing rivers and peaceful atmosphere, Guwahati is an explorer’s paradise! There is no dearth of fabulous places and numerous activities to participate in. So, here is a list of 7 destinations you should simply not miss while in Guwahati. 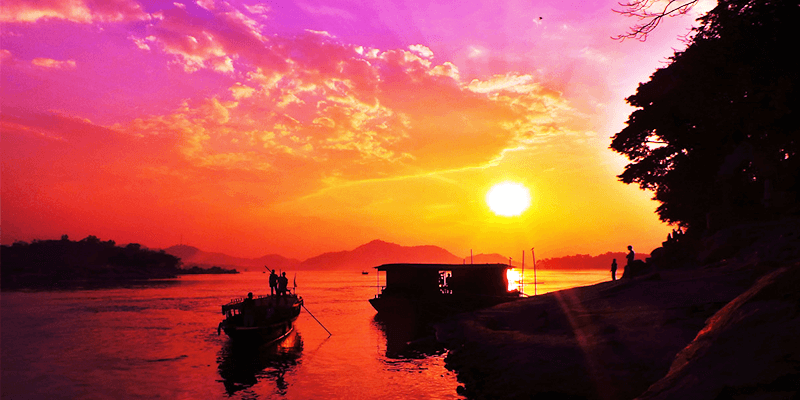 The temple is located on Peacock Island, in the middle of Brahmaputra river. The fifteenth-century Umananda temple is situated on a hillock and has Shiva as the presiding deity. The island is also famous for its population of the endangered Golden Langurs. Ferry services are available to this island, and sunsets are specially beautiful when viewed from this island. 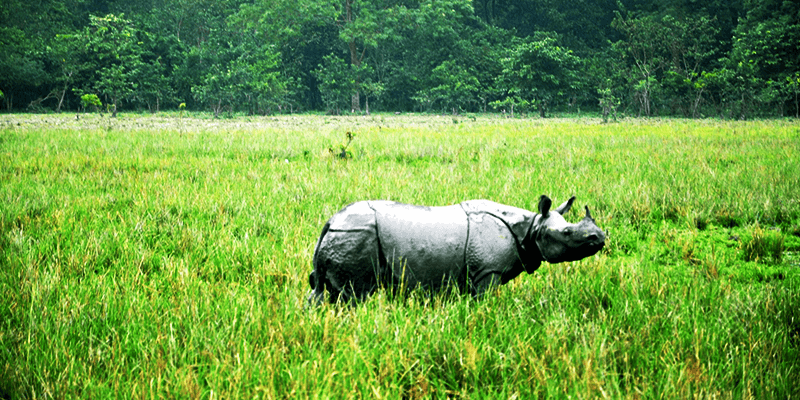 If you want to experience the best Rhino sightings, head straight to Pobitora. This wildlife sanctuary, that spans a mere 39 square kilometers and comprises of 16 square kilometers of rhino habitat. That means you are almost assured of spotting small groups of Rhinos wandering in the wilderness. Other animals that are frequently spotted at the sanctuary are wild buffaloes, wild boars and jackals. 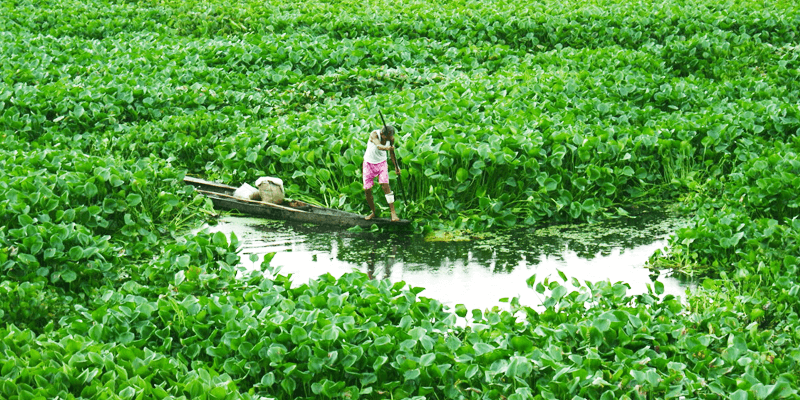 If you are in love with bird-watching, then Deepor Beel is the best place to visit. This large natural wetland is known for housing a large variety of beautiful migratory birds. Visitors can spot the threatened species of birds like Spotbilled Pelican, Baer’s Pochard, Palas Sea Eagle, Greater Adjutant Stork, Siberian cranes, to name a few, here. Apart from this the wetland also adorns a rich cover of aquatic vegetation such as water hyacinth, water lilies, Duckweed, curly leaved Pondweed and other aquatic grasses. The wetland is also biologically very important, being only major storm water storage basin in the city.

Brahmaputra River Cruise
Once in a lifetime experience 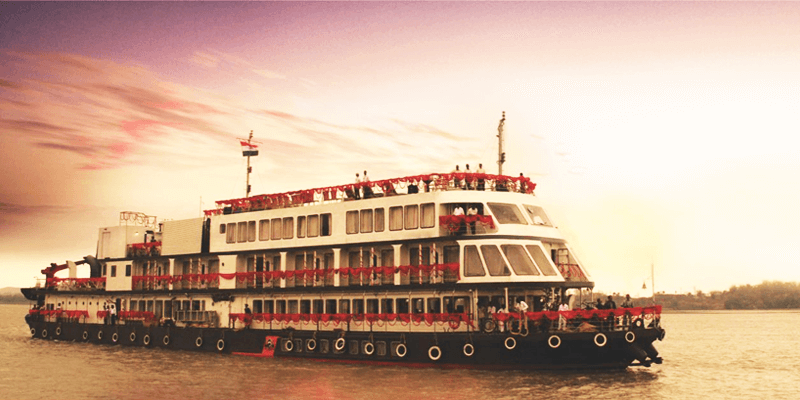 Your trip to Guwahati, surely cannot be complete without sailing through the mighty Brahmaputra river. There are various duration of cruises organized, by the government as well as private operators. The cruise takes you to many of the key tourist attractions of Assam. It would typically start with a halt at Peacock Island, pass through the scenic and filled with wildlife sections of Silghat, take you through Kaziranga National Park, Majuli and the heritage sites of Sibsagar. The cruise also halts at Riverside small villages, giving you a glimpse into the local way of life. You can expect to sight plenty of animals along the cruise and glide past some picture perfect scenery. You can also experience the vivid hues of sunset and capture those golden moments with your camera. 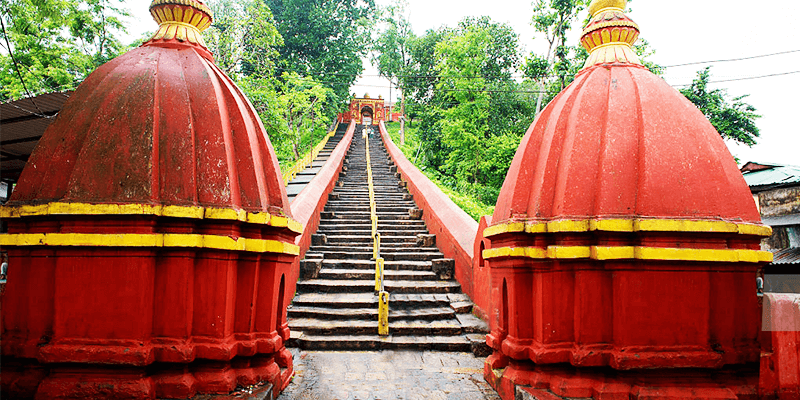 Standing graciously on the banks of Brahmaputra, about 24 KM away from Guwahati, Hajo is an ancient pilgrimage site for many religions. The city is well known for its ancient temples, most famous of which is the Hayagriva Madhava Mandir. This 6th-century Hindu temple, is also a sacred shrine for the Buddhists. It is believed that Buddha attained Nirvana, right here. There is also a 17th-century mosque known as Powa Mecca. It is an important pilgrimage site for Muslims, as it is believed that the mosque was built from soil brought from Mecca itself. Kedareswara Temple and Madan Kamdev Temple are two other ancient temples worth visiting in this town. 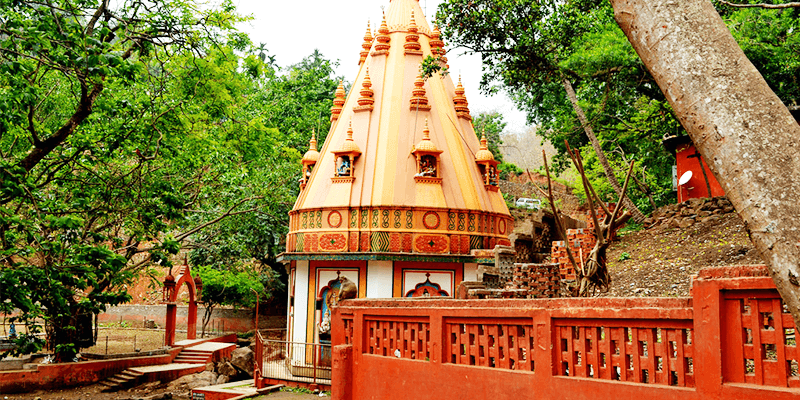 Located 12 KM away from the main city, Basistha temple and ashram are believed to have been in existence since the Vedic ages. As you near this temple area, you will be transported into a different aura altogether. This stone built temple stands on the banks of the gently flowing river Basistha. The stream adds a particular beauty to the surroundings. There is also a cave within the premise, where sage Basistha is supposed to have meditated for many years. There is a waterfall close by the cave. If you want to explore, some more, than there is Garbhanga Reserve forest nearby, which is known for its high elephant population as well as butterfly reserve.

Mesmerising isn’t it? So pack your bags and set on an expedition to explore the varied hues of Guwahati.