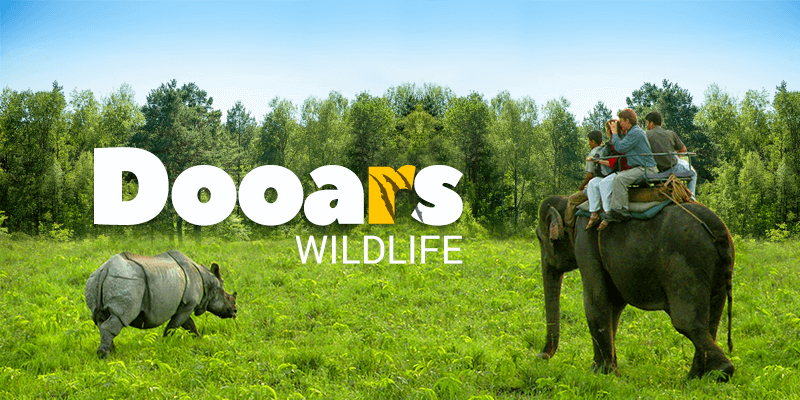 Right after the cold winters, early summer is the best time to visit reserve forests and wildlife sanctuaries in the Dooars region. The weather in North Bengal still remains pretty pleasant during this time of the year and this is also the time when most forest fruits ripen. The herbivorous animals then venture out of their secret hideouts to relish these fruits and also enjoy the warm sunshine. All these would also mean great time for tourists as chances of sighting goes up tremendously. But you need to know which Dooars forests offers you the best sighting experience. Read below to know where the rhinos and red pandas are waiting for you. 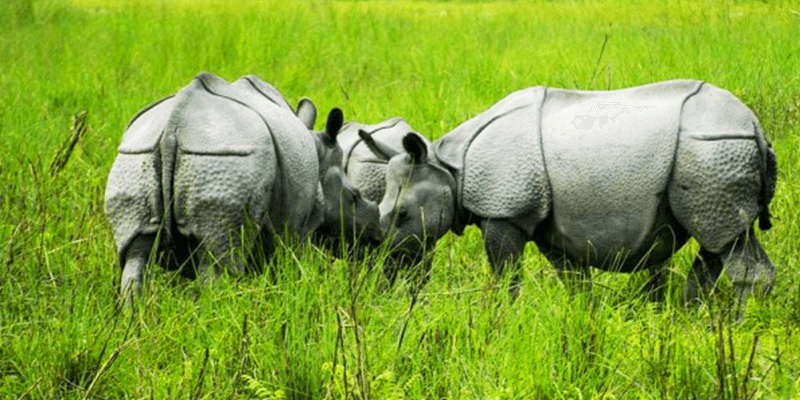 Spread over 200 sq. km area, Jaldapara National Park is your best bet if you want to see the mighty rhinos. This national park boasts of high one-horned Asiatic rhino population besides other species such as Indian bison, deer, antelopes, and of course elephants. Though Jaldapara forest area has a small population of leopards and tigers, you might just get lucky to spot one! 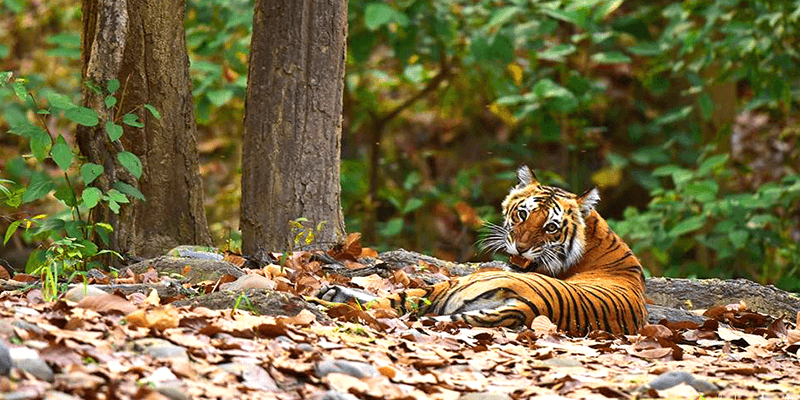 Buxa Tiger Reserve is part of the Buxa National Park situated in the Alipur Duar district of West Bengal. With six tigers relocated here a year back, Buxa Tiger Reserve has been a hotspot for tiger sighting. With thick forest and lovely flora and fauna, the Reserve is good to visit by itself – sighting can be the nice icing on the cake. Within the Reserve you can view other animals such as elephants, Chinese pangolin, royal python, great hornbill, to name a few. Another prime attraction here are the many colorful species of butterflies. 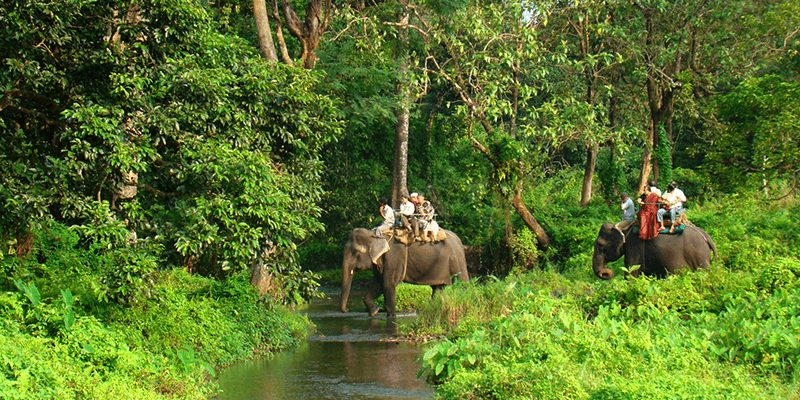 This reserve forest was declared a national park in 1949. Situated near Malbazar in Jalpaiguri district, the Gorumara National Park is known for its high population of rhinos. Gypsy and elephant safaris are organized by the Forest Department and they give you a chance to sight not only the rhinos but also gaur, chital, sambar deer, Indian wolves and Asian elephants. Apart from the safaris, the tourists can enjoy a panoramic view of the forests from one of the many watch towers placed strategically within the Gorumara national park. Some such popular watch towers include Jatraprosad, Medla, Chandrachur, Chapramari and Chukchuki Watch Tower. 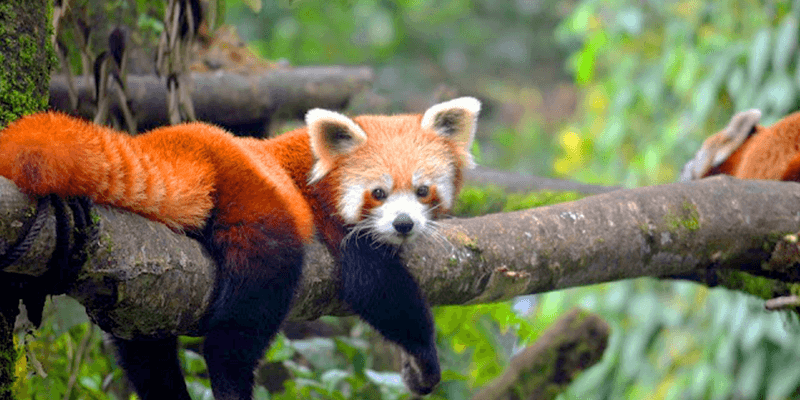 Situated in the Kalimpong district of West Bengal, Neora Valley National Park touches the neighbouring state of Sikkim and our Himalayan neighbours, Bhutan. This forested area in Dooars is the most bio diverse national park in eastern India. The dense forest cover here makes it a popular hotspot for trekkers and adventure seekers besides being regularly visited by entomologists and bird watchers. The Neora Valley National Park is also one of the rare places in India where can spot the elusive red panda and clouded leopards.

So, before choosing a Dooars tour package, make sure one or couple of these pristine wildlife destinations are included in them.

5 Scenic North Bengal trips which are best enjoyed from a cab backseat!