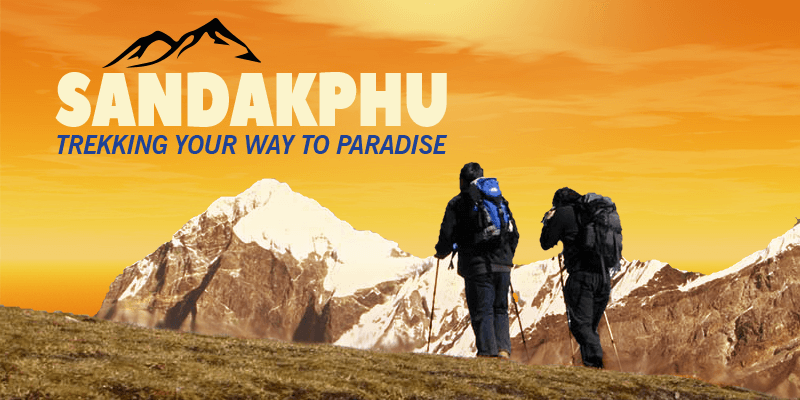 Trekking, this single word is enough to infuse a sense of thrill in the minds of an adventure loving traveler. Blessed with the Himalayan ranges, India has some mesmerizing trekking routes. For an amateur or first time trekker, Sandakphu is the perfect place to start! Sandakphu is the highest point on the Singalila Ridge, and is situated in the hilly terrains along the West Bengal and Nepal border. The Sandakphu trek would serve as an early test for your stamina and endurance, which are two qualities every trekker needs.

This 3-5 day long trekking trip starts from the base camp at the small township of Manebhanjan. You would commence the upward journey from the base camp early in the morning and walk through forests teeming with rhododendrons, giant magnolias, spruce trees and wide range of amazing orchids. Once you reach Sandakphu, at the end of your one way journey, all your travel exhaustion would be cast away by the spellbinding views of four of the tallest mountains in the world (Kangchenjunga, Makalu, Lhotse and Mt. Everest). 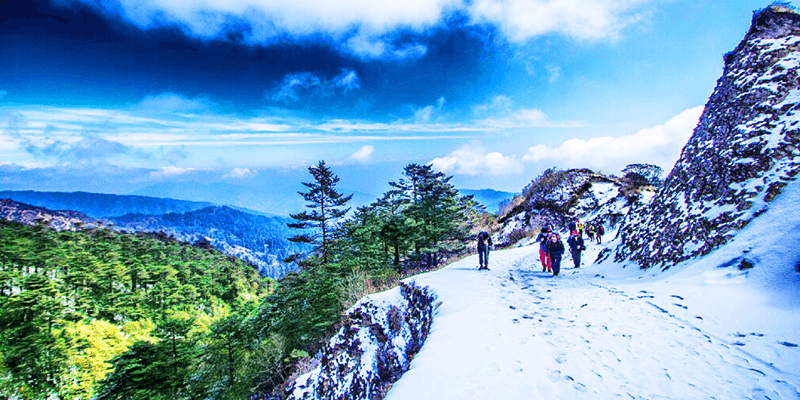 There are two distinct seasons to visit Sandakphu and each has its own beauty. The first season starts from April to mid June. During this season the valley turns into a “valley of flowers” with Rhododendron, orchids and other beautiful flowers in full bloom. The second season starts from October and last tills December. Though temperature during this season is very cold but the views remain crystal clear and that allows the trekkers to have great views of the dazzling white mountain tops.

The most picturesque route for the Sandakphu trek runs through the Singalila National Park, while you do not need a permit for the trek. You would be needing a permit from the Forest Department to pass through the National Park. The Forest Department office is located on the outskirts of Manebhanjan. You can also book the trekker’s huts, for overnight stays, from the same office.

Tourist Attractions along the Route 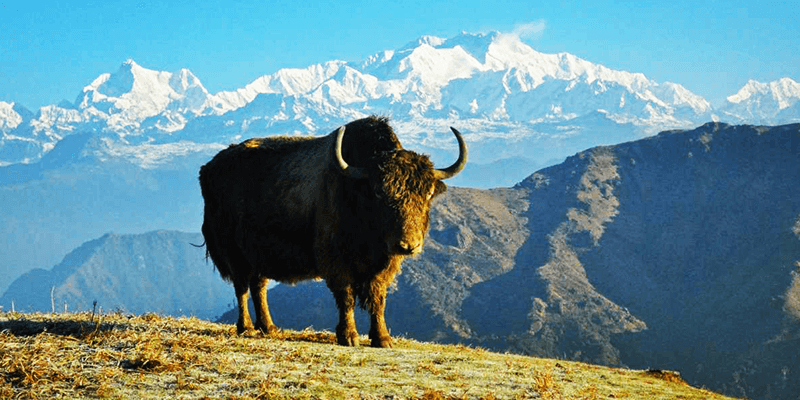 Declared a National Park in 1992, trekkers would pass through various parts of the Singalila National Park along their route. In fact your trek would start through this forested area. The national park is well known for its unique flora and fauna. The Singalila National Park is covered with rich vegetation of bamboo, oak, magnolia and rhododendron trees. Rare Himalayan animal species such as the Red Pandas, Pangolins and barking deer can be commonly spotted while passing through the park. There is also supposed to be high population clouded leopards, takin and wild boar, but the trekkers will not encounter them. 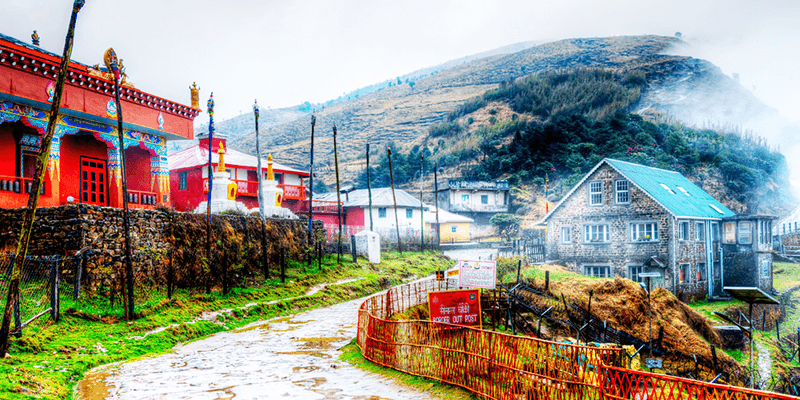 It is the cleanest among all the small hamlets you will encounter along the route. It is also used by the trekkers as their overnight halt. The village is located on the India-Nepal border, and there are only a handful of families residing in this village. Meghma in local language means “within the clouds” and justifying the name, this village is mostly adorned with thick cloud cover. However, you are welcomed to the beautiful village by a sixty year old Buddhist monastery, known as Sangchen Ugagyur Hoshal Dechen Choling Monastery. This monastery is specially significant for having the 108 forms of Buddha. It is believed that visiting and praying at this monastery brings good luck for the journey ahead. 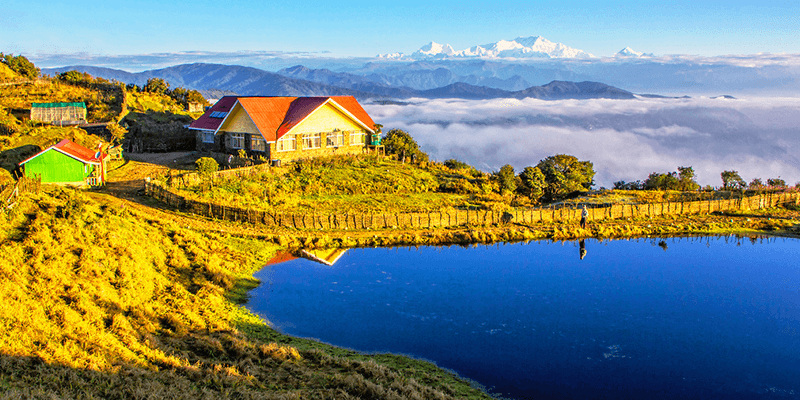 Another scenic small village, surrounded by oak and pine trees, Tonglu is a picture perfect place to rest. The Tonglu Lake is a special attraction here. The lake appears to have come straight out of an artist’s canvas, with its crystal clear waters and the reflection of magnificent surroundings. Stand at one of the two great view points in Tonglu and you can enjoy the majestic views of the snow clad Kanchenjunga, on a clear day. Look down and you can see the beautiful Koshi river making a winding journey. At night, you can see the lights of Darjeeling and Kurseong towns. 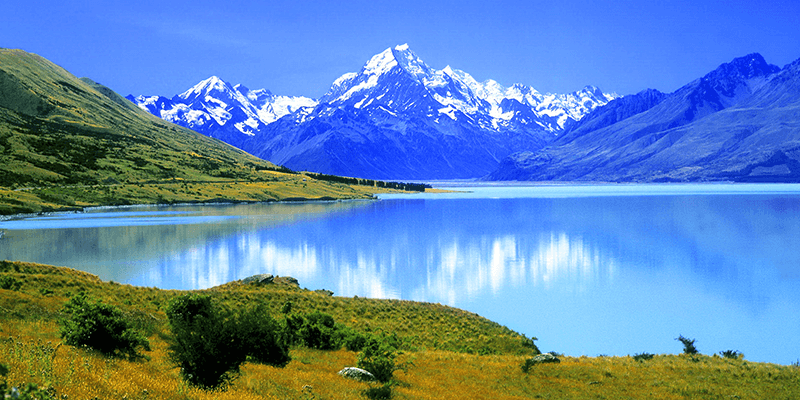 Kalipokhri lake would arrive midway through your trek. The lake offers two types of experiences in two seasons. During the Spring (April to mid June) the lake can be witnessed with its clear water. You will find many species of ducks swimming in the lake. Trees along the shores are teeming with rare migratory birds. While during the winters (October to December) the lake remains frozen and offering a mesmerizing view of endless snow.

ALSO READ: Trekking to Valley of Flowers, Trekking around Pune