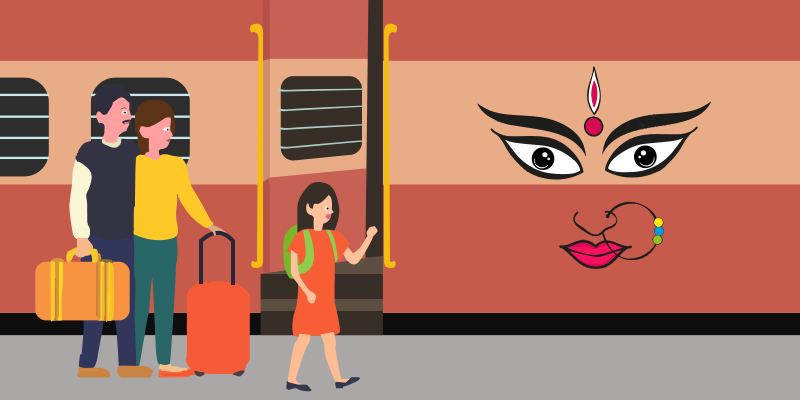 Durga Puja is the magnum opus for Kolkatans. Over the five day long Puja, everyone in the City of Joy forgets their worldly problems and immerses in a sea of joy. Pandal hopping, being one of the star attractions of Puja, is aided significantly by the Kolkata’s local and metro train connectivity. Thus, it would not be a vague statement to say: Durga Puja is quite incomplete without train travels. So, we present some of the unique experiences a train passenger can enjoy before, during and after the Durga Puja.

The Sound of Hundred Dhaaks 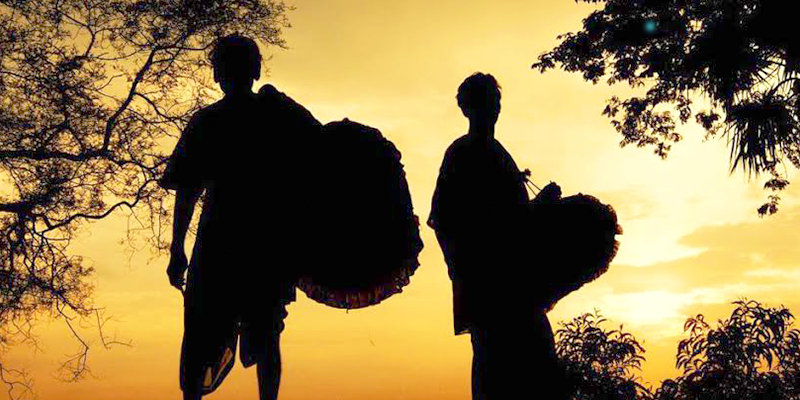 If you happen to be at Sealdah, one or two days before Durga Puja, you will be greeted with the rare music of hundreds of dhaaks (drums) playing together. However, don’t mistake this to be a special arrangement by the Railway authorities. The fact is: dhaakis (drummers) wait here in large groups to be hired by various Puja committees. No Puja is complete without these dhaakis and hence they are in huge demand during Durga Puja. Hundreds of dhaakis come to Kolkata with the intention of showcasing their talents. They get down at the Sealdah station and while they wait for the committee members to receive them (who are invariably late), they start flaunting their skills by playing dhaak; one stroke reverberated by the sound of hundred others. It is a joyful contest among these skilled players, and you can enjoy that free of any cost. 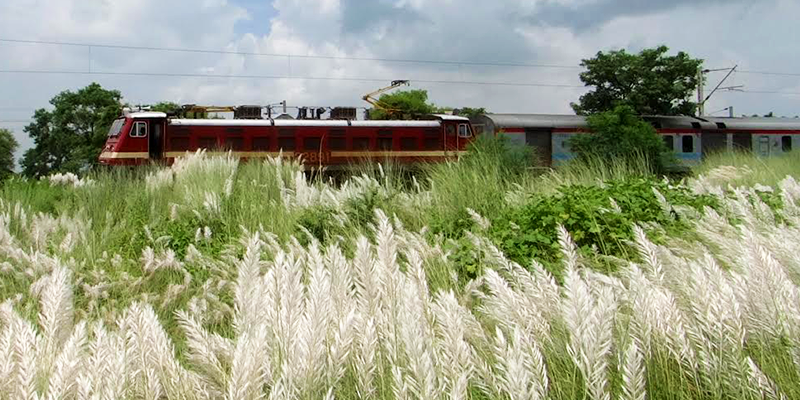 Kash Phool is synonymous with Sharad Utsav (or Durga Puja). Seeing the Kash Phool makes the heart of every Bengali beat faster. It means the Pujas are fast approaching. Sadly, these wild grass flowers are not visible in the densely populated Kolkata metropolitan. But those who venture out to the suburbs on a local train can see vast fields filled with this grass. Though only a wild grass flower, the Kash Phool has an eternal charm. If you have seen Satyajit Ray’s award winning movie “Pathar Panchali” and its famous train scene, you would be quite aware of the beauty that these wild flowers possess. 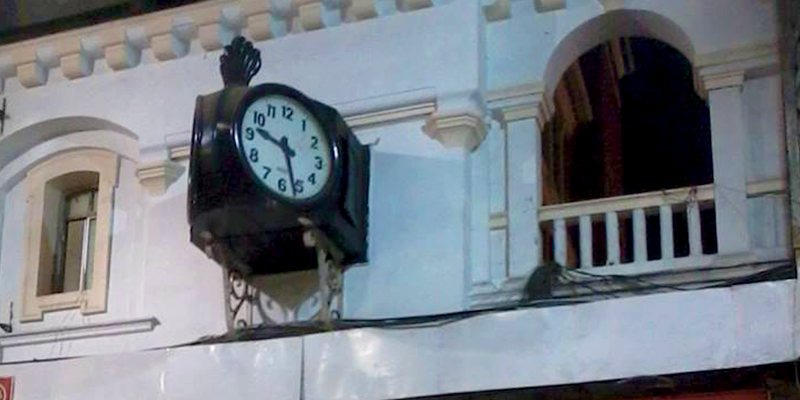 Seldom will you see one going pandal hopping alone. Teenagers and adults always make this trip with friends and family. Often the group of friends are spread out among various cities. So, they have to meet up somewhere before embarking on the trip. Well, Boro Ghori (or Big Clock) is the meeting point for most groups travelling to Howrah from the suburbs and nearby cities. This Big Clock has become much more than a way to know time. Situated between Platform 4 and 5 this is the best gathering point during Durga Puja. So, don’t fret if you see a large gathering and lot of noise at one place within the station. 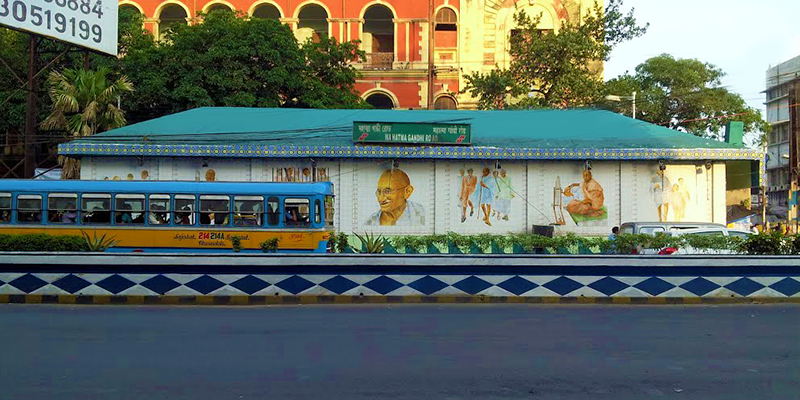 The best Pandals of Kolkata are spread among South and North Kolkata. Being on two opposite sides, the Pandal hoppers ideally start on one part and then have to use the Metros to transit to the other. Mahatma Gandhi Road, situated at close proximity to two iconic pujas – Mohammad Ali Park and College Square, serves as the perfect place to make this North-South transit. By taking the metro, they can reach South Kolkata (Kalighat metro station) within 15 minutes, which would have been impossible in road transport. If you wondered why M.G. Road Metro station remains so crowded during Durga Puja, this is your best answer.

If you would like to add some experiences that we may have missed out on, please comment below.