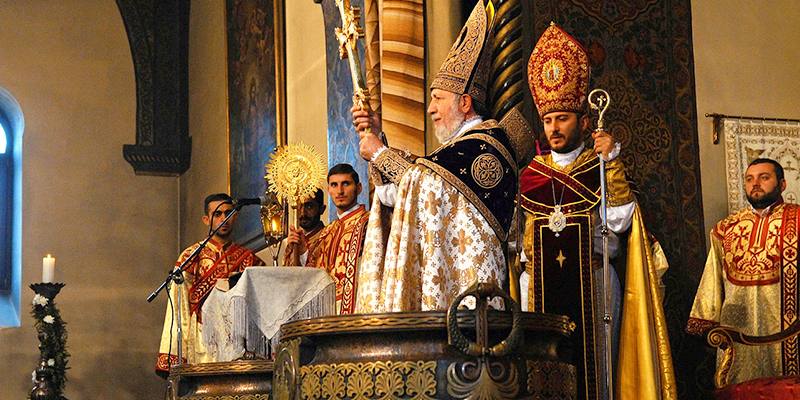 Not many would know: Armenians were the first to adopt Christianity as their official religion, way back in the fourth century. When the Armenians came to India in the 16th century as traders, they became the first community to bring Christianity to India. To preserve their religious legacy in India, they built many beautiful churches and invited priests. The religious practices (based on Oriental Orthodoxy) and architecture of these churches is quite unique in many ways. Kolkata was one of the centres where the Armenians really flourished as traders. To preserve their culture and heritage, the Armenians built three architecturally pleasing churches in Kolkata, which now stand as silent sentinels to the once flourishing Armenian settlement. Let us take a look at these. 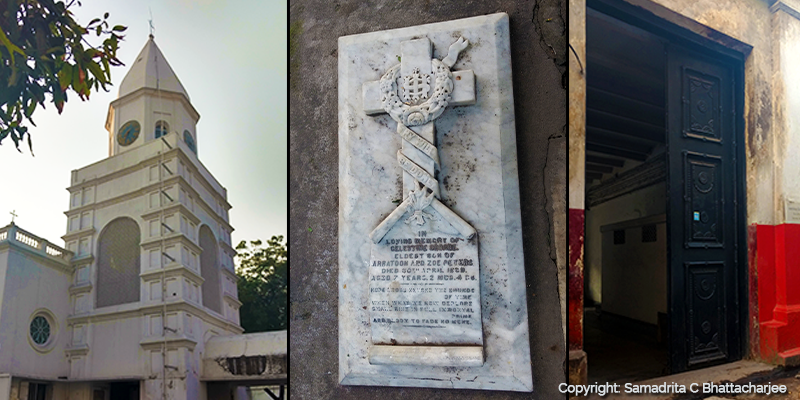 Situated in the busy trading hub of Barrabazar, the Holy Church of Nazerath popularly known as the Armenian Church was built by Catchick Arakiel in 1724 and has the distinction of being the oldest church in Kolkata. The alter of the church is adorned with three great paintings – “Holy Trinity”, “Last Supper” and “The Enshrouding of Our Lord” by the famous English artist A. E. Harris. There is a staircase leading to an overhead gallery whose walls are full of mural tablets. It is one of the few Indian churches where the gravestones are embedded serially in the ground all around the church’s main building. Over the years the church has undergone several modifications including the inclusion of a clock tower. 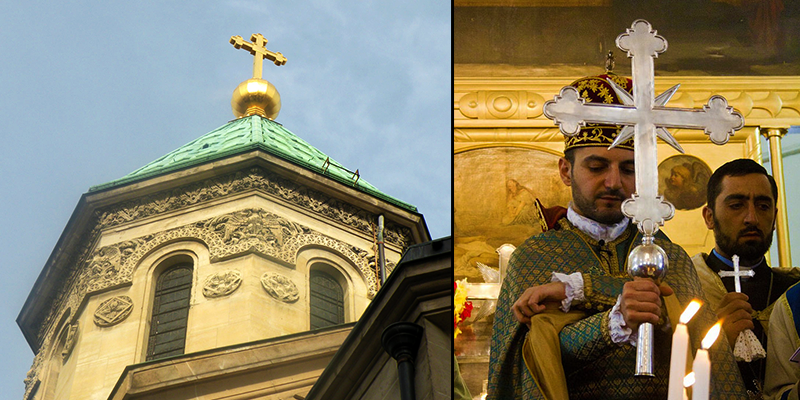 Established in 1867, this small but elegant Holy Trinity Armenian church is located on the Eastern fringes of Kolkata in Tangra. It is built on a beautiful compound which also houses a graveyard with most of the graves being decorated with statues of beautiful angles and floral ornamentation. The church is also surrounded by beautiful lawns complete with flowerbeds and fountains. Over the years the church has undergone several extensions and renovations and in 2007 the church was presented with a “khatchkar” (Cross stone) from Holy Etchmiadzin by his Holiness Karekin II. 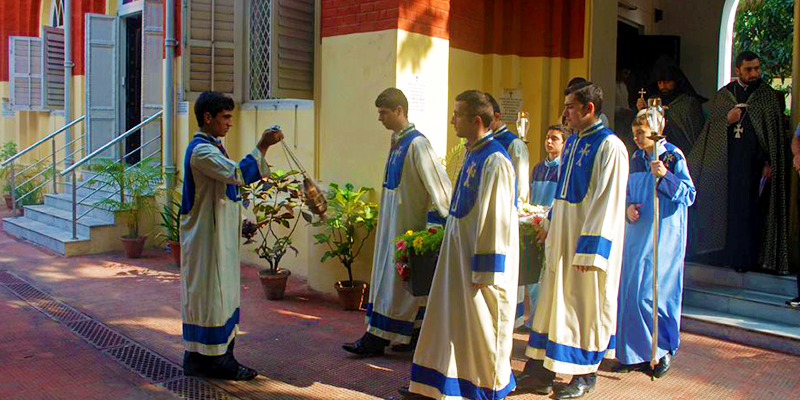 Located on the by lanes just off the Park Circus 7 Point Crossing, Saint Gregory the Illuminator Armenian Church is not easy to spot. Sharing its boundary walls with the lower circular road cemetery, this Church was built in 1906 with funds raised by the Indian Armenian community. The complex is beautifully decorated with statues, lawns and flower beds, and it also houses graves of several members of the Chater family. The complex also contains an old age home named after Catchick Paul Chater. On Good Friday every year the Calcutta Armenians celebrate Easter in the church by recreating the burial of Christ.

If you want to enjoy the glories of Armenian architecture and culture then visit these exquisite churches.