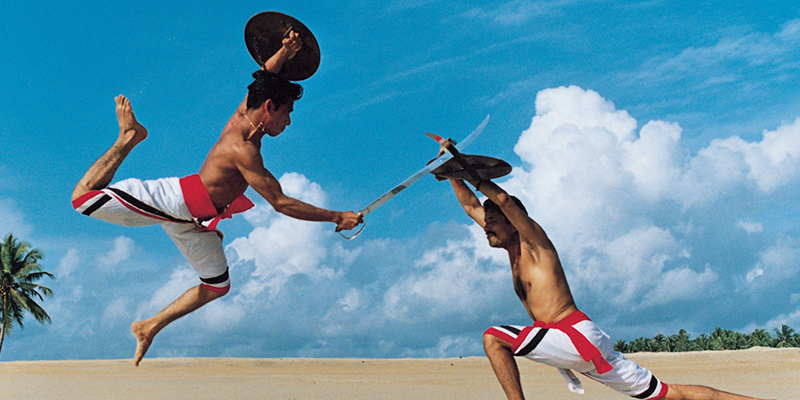 Kozhikode (aka Calicut), known for its spices has a lot of the unknown to offer for the travel enthusiasts. Kalarippayattu (Kalarippayat) is definitely one of the heritages of this revered city. You may have seen glimpses of this master martial arts form in Kerala tourism brochures and videos, but not much else is still known about this oldest martial arts form. So, here we are bringing you certain facts that will help you truly revere Kalarippayattu.

Now, you would be wondering – what is this Kalarippayattu? It is one of most ancient martial arts forms of the world. Ask any Malayali elder and he would tell you Kalaripayattu dates back to almost 3000 years, and it was a forerunner of the world-famous Chinese Martial arts while many historians believe that this fighting form was brought to this coastal paradise from China by a monk named Bodhidharma. Not getting into the debate, it can be safely said that Kalarippayattu is a pride of Kozhikode. 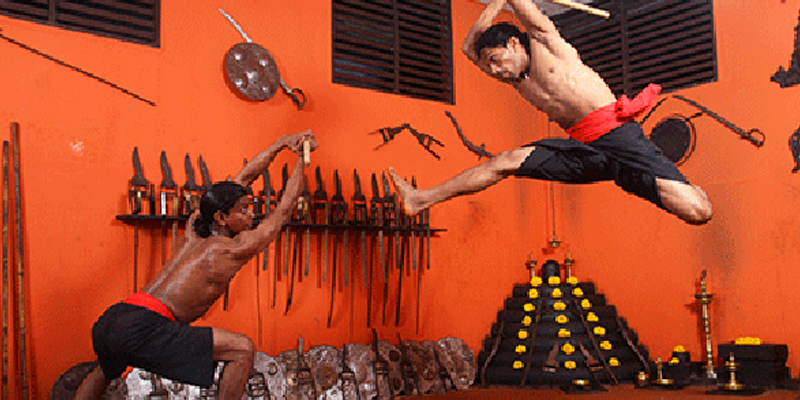 If you like the Ninja moves in the Chinese and Hollywood movies then you should definitely visit the famous Kalarippayattu training school named CVN Kalari in Nadakavu. CVN Kalari is the oldest training ground for Indian ninjas! At this school, you will find many Indian youths practicing hard to perfect their art. Kalari is over a century old martial arts school that have trained many Kalarippayattu champions over the years. 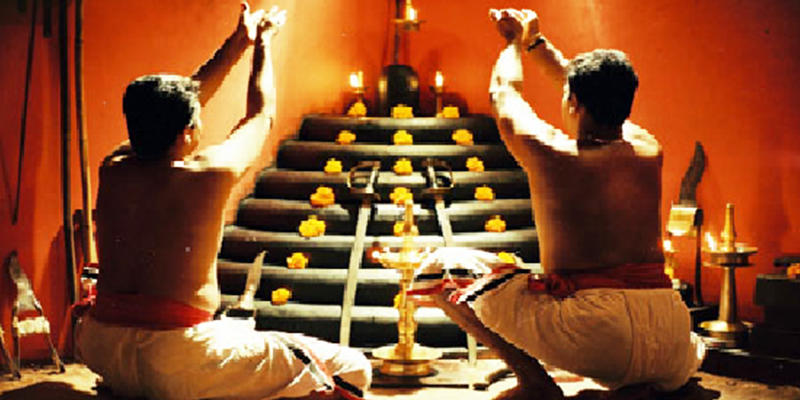 But Kalarippayattu is just not about picking up the shield and sword. There is an extensive preparation needed before practice. Don’t be perplexed if you find the practitioners massaging oil before they get into the arena. They are not relaxing, just preparing themselves for the vigorous training session ahead. There is a close relationship between Ayurveda, Yoga, Dhanurveda and Kalarippayattu. So, massage and use of oils is an important part of conditioning the body for the Kalari.

You should also know that Kalarippayattu training always takes place in a practice area, especially constructed for this art form and the masters impart their knowledge to the students only here, and that includes classes in rigorous self-discipline and meticulous physical training. The place of practice has seven steps. The South West corner of the training ground called the Poothara, is maintained akin to a temple. But surprisingly there are no religious restrictions.

If you happen to visit Kozhikode, do visit Nadakavu and CVN Kalari to experience this marvelous martial art form the first hand.