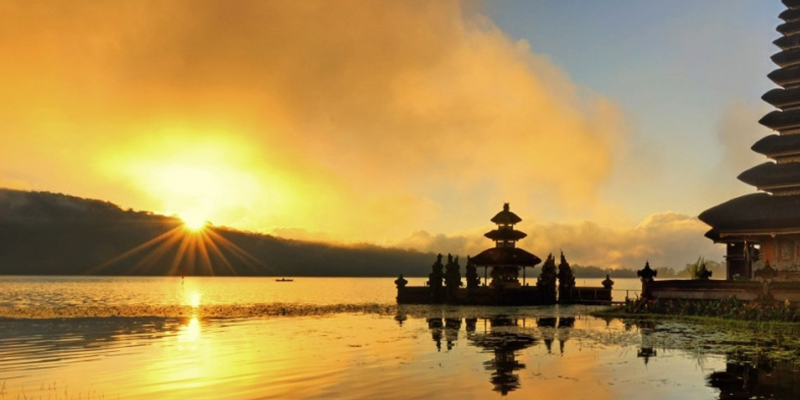 India can be described as a land of temples. There are millions of temples interspersed across this great nation. When you think of temples, there is a certain structural detail that comes to mind. What if we say, there are certain temples that break this norm with their odd structures! In this post we would like to focus on five such Indian temples. 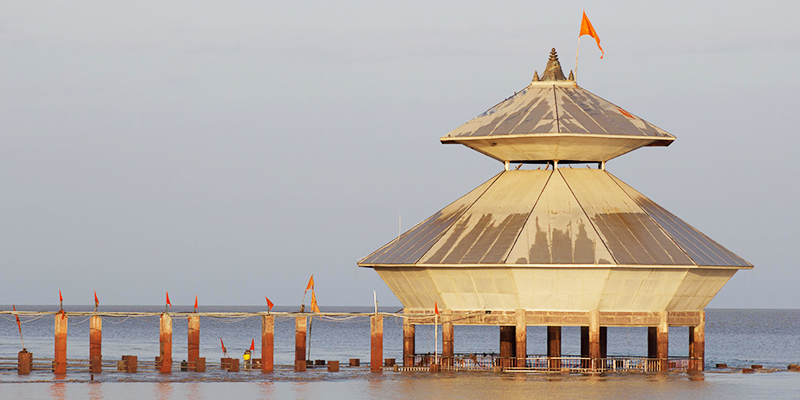 Stambheshwar Mahadev Temple, Kavi Kamboi, Gujarat: Also known as the Disappearing Temple, it is located in the town of Kavi Kamboi. This 150 year old Shiva temple is situated on the confluence of Arabian Sea and Bay of Cambay. Stambheshwar Mahadev temple can be visited only in the early morning hours or when there is low tide prevailing in Kavi Kamboi, during the high tide hours the temple remains submerged. This submerging and re-emerging of the temple brings in tourists to view this unique feat. 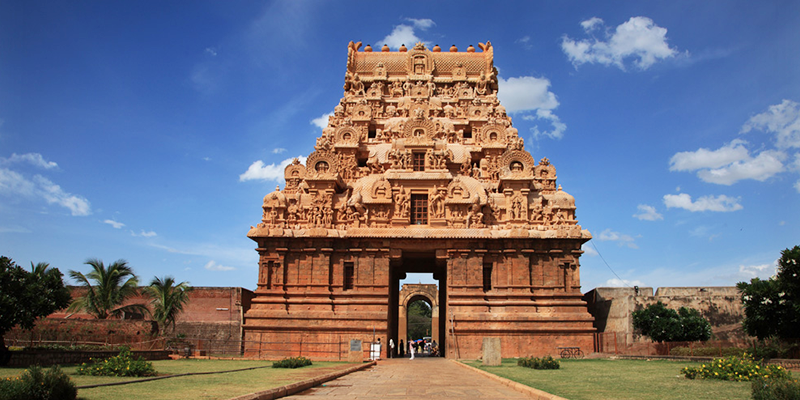 Brihadeeswarar Temple, Thanjavur, Tamil Nadu: Better known as the Temple without Shadow, this temple was completed in 1010 AD. Brihadeeswarar Temple has the tallest temple tower in the world. But that is not what is so odd about the temple. Though this temple has the tallest towers, but its shadow never falls on the ground. Some contribute this feat to the unique designing of the temple, while others find divinity in it. 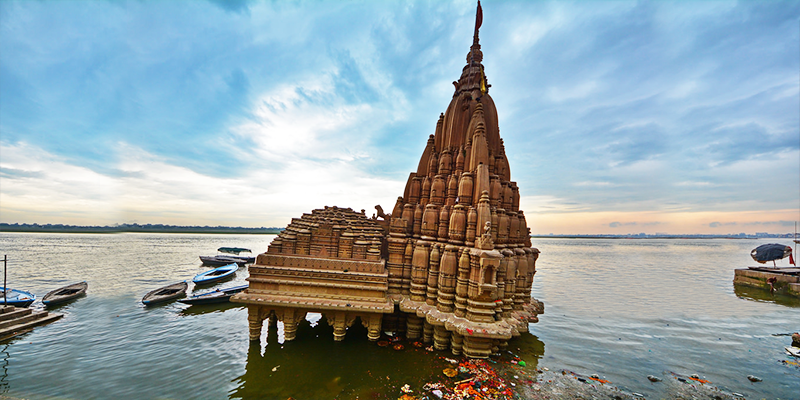 Shiva Temple, Varanasi, Uttar Pradesh: All those who have visited the Scindia Ghat in Varanasi would have seen a Submerged Shiva Temple. This temple was built more than 150 years ago and was one of the auspicious temples around. But in the year 1830, the temple fell due to the weight of Scindia Ghat’s construction. It has remained submerged in the Ganges then onwards. 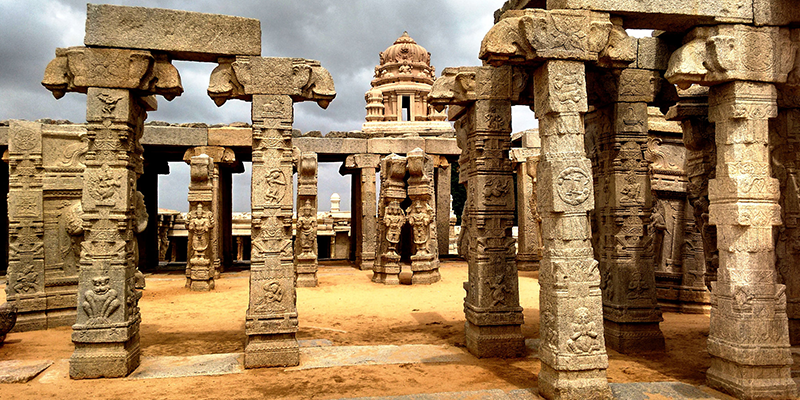 Veerabhadra Temple, Anantapur, Andhra Pradesh: Built in the 16th century, the Veerabhadra Temple is a perfect example of the splendor of Vijayanagara style of architecture. But it is more popular for its Hanging Pillar. There are as many as 70 pillars, one of which does not rest on the ground. This is a marvel of architecture. It is learned that a British architect once tried to dismantle certain parts of the pillar to understand the miracle, but failed. 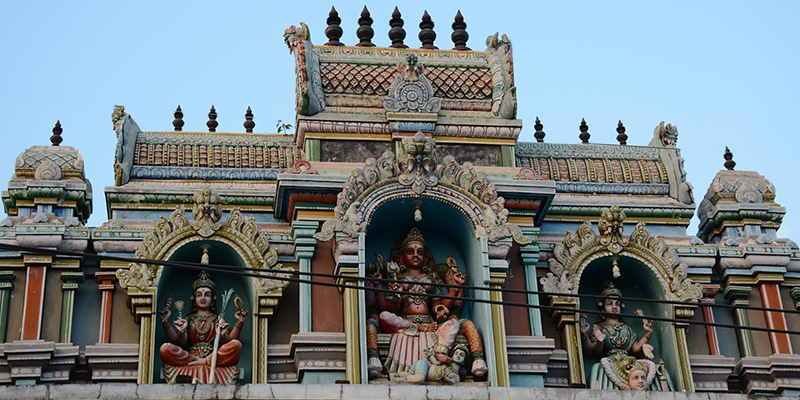 Vekkali Amman Temple, Tiruchirapalli, Tamil Nadu: The temple is famed as the Roofless Temple. Vekkali Amman temple is dedicated to Vekkali, who is a form of Hindu deity Parvathi. The temple was built during 9th century and six major annual festivals are held at this temple. But what is odd about this temple is that there is no roof over the main sanctum where idol of the deity is seated. It is learned that roofs had been built many times over the sanctum, but each time it was destroyed. Thus, the deity presently sits under the sun.