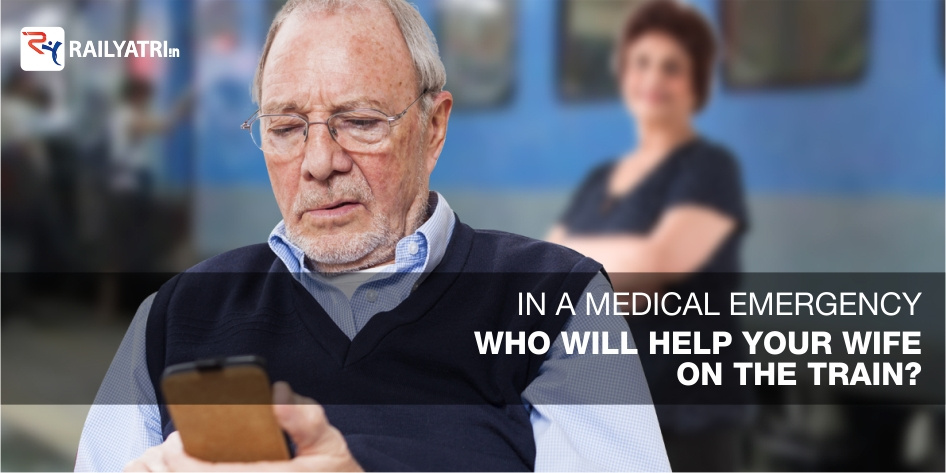 As many travelogues portray: travel is blissful. But ask someone who has fallen sick on Indian trains, they will comment: travelling is nothing but hellish. With the acute shortage of capable medical staff, Indian railways are struggling to provide on time medical help at station. But not anymore, for RailYatri has launched its Medical Emergency feature. Seeking information about medical emergency in train travel has become easier than ever. 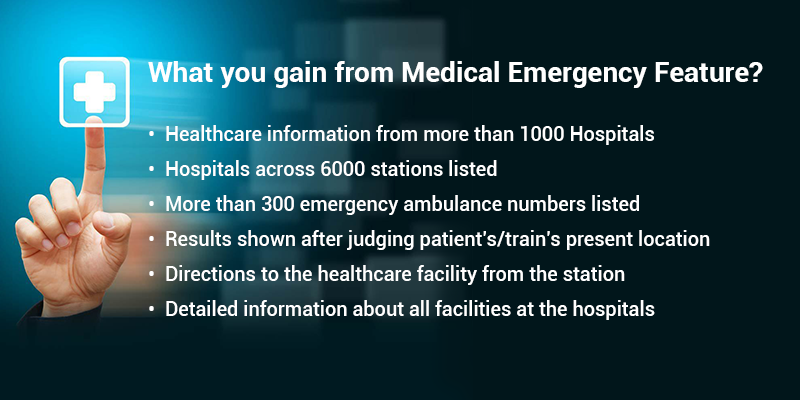 Indian Railways despite being the largest organization of its sort on earth can also at times fall short on providing emergency medical facility in train or along the route It’s best to be prepared and not be sorry later. That reminds of an incident that happened with my friend’s family that depicts how lack of information during a health emergency can haunt the passengers for a lifetime.

My childhood friend Anil narrated this incident when I told him about our Medical Emergency feature. Uncle was travelling with aunty to Chennai for emergency kidney transplant. The transplant had been awaited for many months and finally they found a donor. So, they hurried to Chennai. Luckily, uncle obtained tickets on a Premium train. Everything was smooth in the early hours of the journey. Suddenly, midway through the journey aunty felt discomfort and the situation worsened in no time at all. 70 years old, uncle had to spring up into action.

Uncle called the ticket checker and requested him to arrange for travellers health services. As per a High Court ruling, each Premium train should contain adequate medical supplies for emergency healthcare. But, to uncle’s dismay there was nothing more than some antiseptics and painkillers available on the train! The ticket checker informed the locomotive driver about arising medical emergency and help was sought from upcoming stations. Two upcoming stations did not have any attending railway doctor, so critical health attention could not be provided immediately. The third station was about hour and a half’s distance, offered their help. All this while, uncle was seen running restlessly, weeping at times and trying his best to comfort aunty.

When aunty was finally stretchered off, she was hurried to a local government hospital. But her discomforts were far from over. Attended by a general physician, who plainly did not have the specialization to deal with aunty’s case, she still did not get adequate healthcare. Finally, a local person arranged for the lady to be shifted to a multi-specialty hospital nearby. By the time, aunty had got intended care she had already suffered for more than 3 hours’ agony.

This makes me question: are our elderly fathers and mothers safe on trains? Are they left to sheer luck, if, God forbid, some medical emergency arises? This is why I would suggest everyone to be prepared and install RailYatri’s updated app (with Medical Emergency feature) on your father or mother’s phone. You never know when it may become a life saver for them.

Get Help from Loved Ones during Medical Emergency