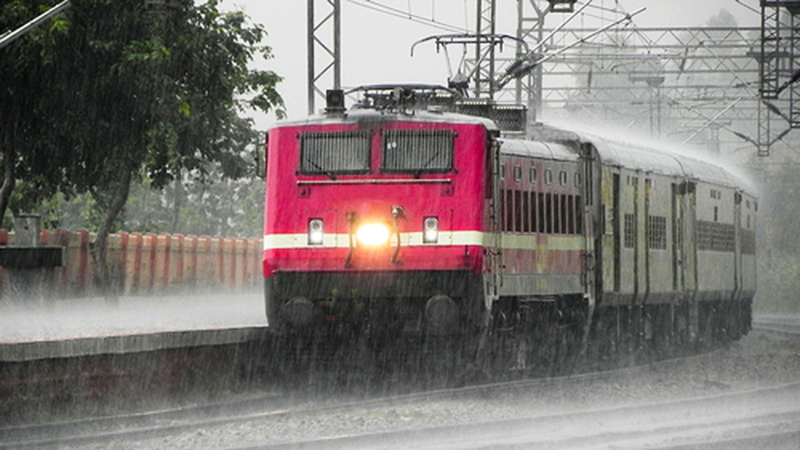 After the sticky and unbearable heat of the summer months, the monsoons have finally arrived in the Indian sub-continent. Though everyone is rejoicing now, but with the monsoons many other problems have also arrived. Mumbai floods were just a precursor to many other similar events that may be in store for us this monsoon. Come the monsoons, many people have to call off their travel plans. It is really a bad time to travel. Roads are clogged with water, airlines schedules are disrupted by the rains, so the only safe travel option is train. But then again, most passengers travelling in trains have nightmarish experiences to report of. If the trains in India travel at slow pace around the year, they travel at snail’s pace during the monsoons.

This is why it is more important than ever to make a good travel decision these monsoons. As a fact you know that the trains are going to be late. This is why you should look through the trains between two stations and select the best performing trains, or the ones that are hardly late in their regular runs. This means, Premium trains are the best choices during this season. Even if they charge something extra, the money is well worth paying for; otherwise you may end up waiting for many hours and even days to arrive at destination.

Though the speed of the Premium trains is also slower in the monsoon season, but they are given the first preferences and thus allowed to pass through busy routes unhindered, while other trains are stranded. This would also mean that everyone would want tickets in these Premium trains and there will be a heavy rush. Well, you can lodge a train enquiry between two stations and find out the Premium trains available on the route. After you have finalized the train, search for seat availability using the RailYatri app (download by visiting link: rytr.in/and or giving a missed call on: 8080809551). When you search for seat availability, the app not only shows the present booking status based on the PNR status but also gives you Confirmation Probability, which will aid you make an informed decision. 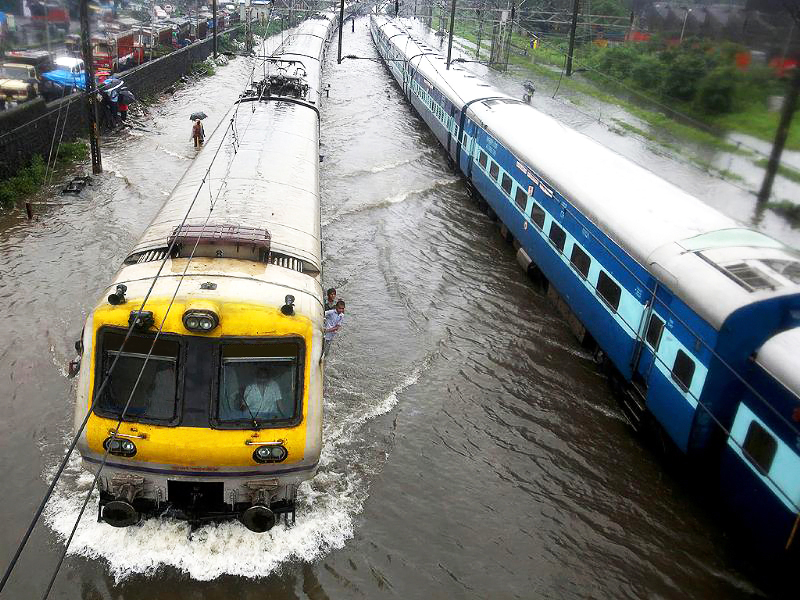 Given the certainty of delays, the passengers should not create plans without flexibility. Rail systems can go all wrong during the rainy season. So, you have to keep some spare time in hand while planning a travel. If a train is reaching you to your destination at 9 PM, then you should always calculate keeping at least two hour bracket. This means you should judge the arrival time in terms of 11 PM arrival. The arrangements should be done likewise. In most towns around India, unless it is a major city, during the monsoon season conveyances from the stations during night are hard to get. So, you may have to think about it too. Why not use our Taxi Booking feature to book a taxi from the train itself. You should also take into consideration this factor while going through the Indian train time table.

During the rainy season the mobile and Internet networks along the routes will also be down. This is why whenever you get a chance, open the RailYatri app and share your location with the friends and family members (on WhatsApp) using the Trip Sharing feature. This will keep them worry free even when they cannot reach your number and the train is heavily delayed. You can plan wisely for your monsoon travels with the RailYatri app, as it not just a live train status app; it is much more than that.