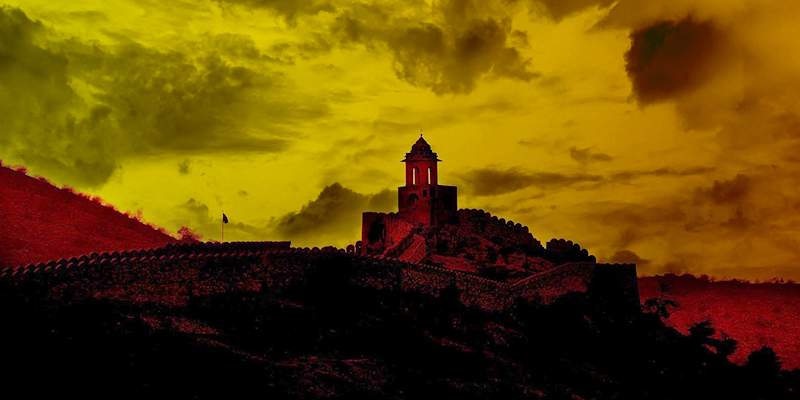 If you thought that those overwhelming and eerie structures only exist in the British isles, you are quite wrong. Our great nation has many places that will run a chill through your spine! Rajasthan known for its heritage palaces, forts and vibrant culture also accommodates many secretive and mysterious places known for their haunting incidents. Now, you must be thinking here goes another blog on Bhangarh! But you are wrong; we will be telling you about other unknown haunted places of Rajasthan. So, if you like creepy ghost stories, here is a list of some unheard haunted destinations in Rajasthan. 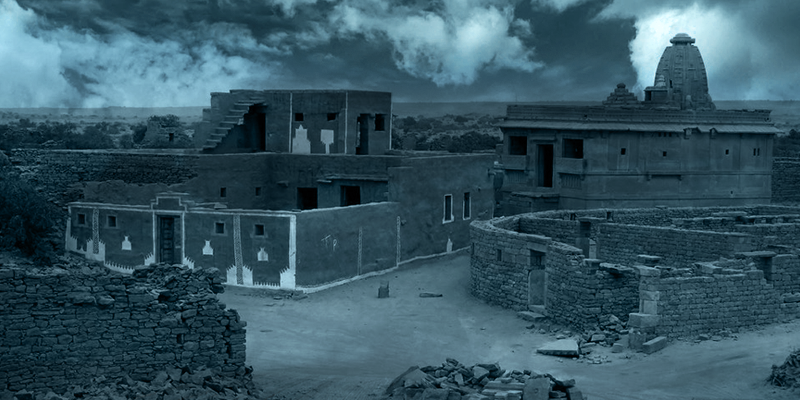 This abandoned village is located some 17 km away from the Jaisalmer city. The village is famous as one of the most haunted places in Rajasthan. A lot of paranormal investigators and tourists travel every year with a desire to encounter a ghost. Including Kuldhara, there are 84 villages in the vicinity, which are vacant. A look through the annals of history suggests that Kuldhara was once a flourishing village, but it got deserted overnight. According to locals; Zalim Singh, who was a minister of the state at that time wanted to marry the village head’s beautiful daughter. However, the local community strictly opposed this marriage. And as revenge against the locals, Zalim Singh tortured the villagers and raised their taxes. But far from being pressurized, the villagers decided to quit the village instead. While going away the villagers cursed the village and since then it has become un-inhabitable. Many haunting tales have been heard from those who dared to stay at Kuldhara during night. 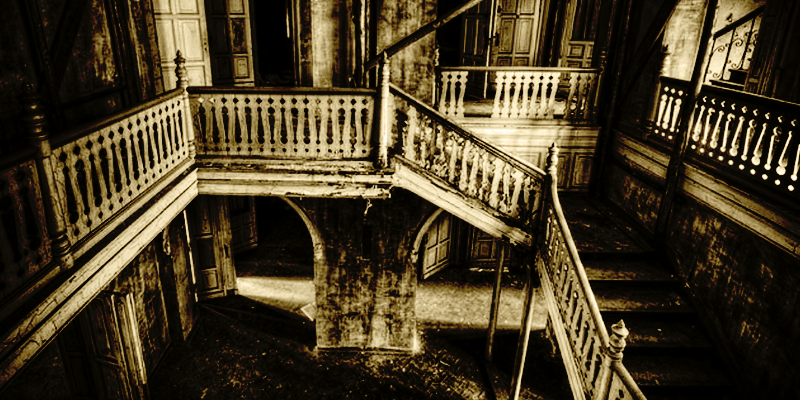 Jagatpura is a residential area of Jaipur City and you would hardly find any tourists here, as it is a believed to be haunted. Many visitors have experienced paranormal activities here, especially at night. According to legends; many years ago the king of Jagatpura (an avaricious and narcissist person), started ill treating the villagers. During his rule many people died because of extreme hunger and they cursed him while dying. It is claimed that till date the souls of those poor villagers can be felt here. Those who have visited Jagatpura after dark have encountered mysterious ladies in white attire who disappear into thin air and have also heard the ghostly cries. During the day time, the place is crowded but as soon as the light starts fading no one dares to stay back. 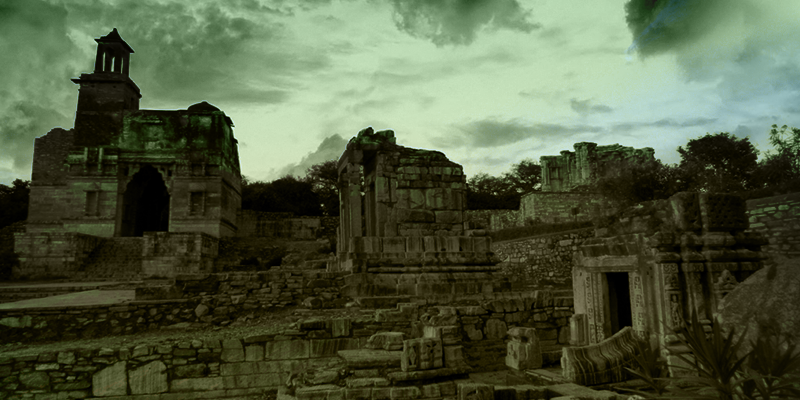 This heritage palace located at Chittorgarh is regarded as one of the scariest forts of Rajasthan. According to many visitors, the palace is haunted and you will most likely encounter a ghost if you do not follow the guidelines such as “do not light the fire at the place where Queen Padmini along with 700+ females performed self-immolation and sacrificed her life”. Our knowledge of history tells us: emperor of Delhi Alauddin Khilji attacked Chittorgarh after being infatuated by the beauty of Queen Padmini. At the face of defeat, brave Rajput girls performed ‘jauhar’ (self-immolation) to save their dignity and respect from Muslim invaders. Locals believe that the soles of these brave Rajput girls still wander about in the palace and their screams asking for help can be heard. It is also claimed that if anyone turns around to respond to the voices he /she sees a royal lady with a burnt face. 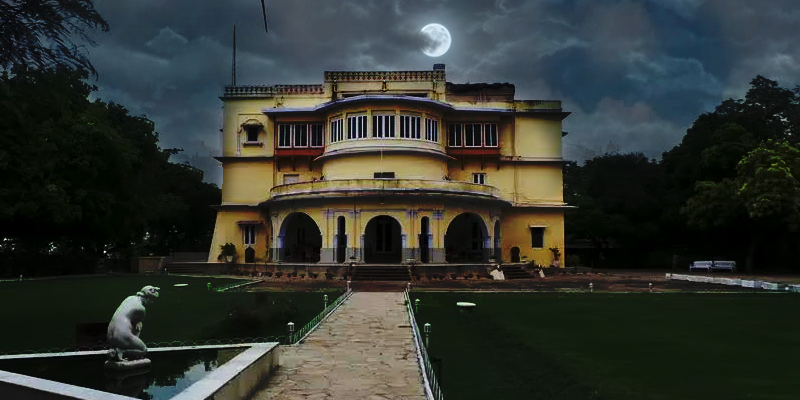 Brij Raj Bhawan is a 178-year-old palace in Kota. It was the residence of former Kota rulers that later served as the residence of Major Burton (employee of the British Residency). During the revolt of 1857, he along with his family was butchered by the Indian soldiers. Till now the ghost of a British officer and his son are seen around the palace by people. The Brij Raj Bhawan has now been turned into a heritage hotel, but it is rumoured to have those un-harmful ghosts never disturb tourists, but slap the security guards if they find them dozing at the time of their duty. 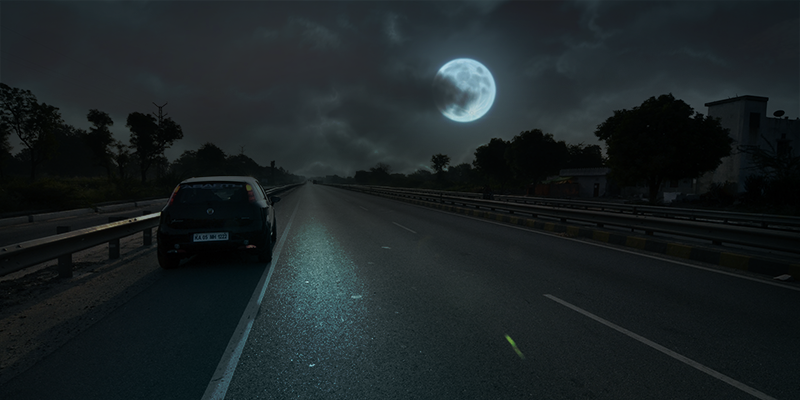 Can a highway be haunted? Yes, Rajasthan has a ghostly highway near the small town of Dudu. Many people travelling through NH-79, connecting Ajmer and Udaipur, have seen a lady carrying a child in her arms who seeks lift from them but doesn’t harm anyone. The local legend suggests that an infant 5-day old girl was supposed to be married with a 3-year boy but the mother of the girl was against this marriage and ran away from her home to save the baby. While crossing the highway, she met with an accident and died on the spot along with her infant child. Then onwards, the haunting tales started.

Rajasthan is a state with so much history and houses many secret places that are still ignored and hardly any tourist visit here. If you are a frequent traveller and love to see such places to experience something extraordinary and thrilling then you must visit these places.

Skipping the forts: Other tourist places of Jaisalmer