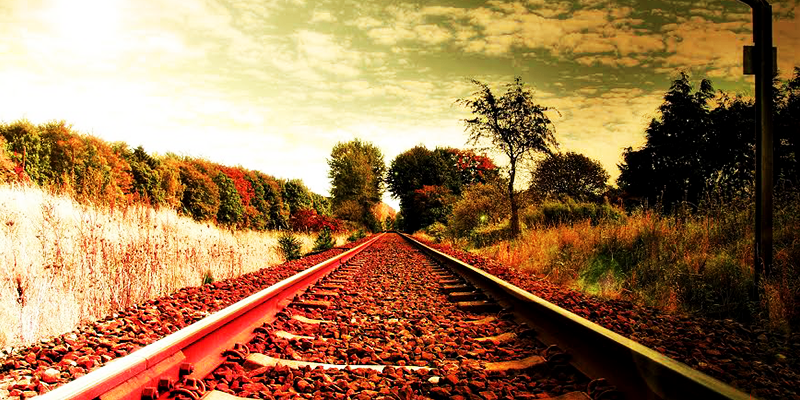 Mountain Railways of India is one of precious gifts by the British, which continues to give us much joy of travelling in the hills. As a matter of fact, out of total 20 narrow gauge mountain railways in the world, which are still operational, India claims to have six of them. Mountain railways in lesser Himalayas; Himachal Pradesh and West Bengal, are known for the refreshing journeys that let you witness the scenic Himalayan beauty at every curve. Let us take a closer look at the best mountain railways that one can enjoy in the lesser Himalayan region. 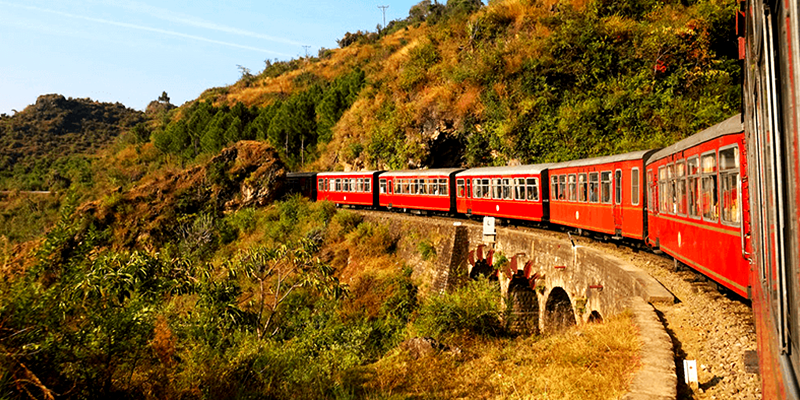 Operational since 1881, along with Darjeeling Himalayan Railway and Nilgiri Mountain Railway, Kalka-Shimla Railway was included in the list of UNESCO World Heritage Sites in 2007. It should have been a tough task to built 107 tunnels (out of which only 103 are functional) and 864 bridges over small and long flights. The railway track includes over 900 curves, out of which 48 are believed to be sharpest in the world. The track came into existence specially because of love affair Britishers had with Shimla, when it was known as ‘Mini England’ owing to its climatic conditions that matched with England.

Kalka-Shimla Railway journey offers thrilling experience through pine and deodar forests as the toy train passes many hills and tunnels, hooting at intervals. Even the echoing hooter of the train has a charming effect on those traveling in it. All the major stations en route have accommodation facilities for travelers. Trains as well as accommodations can be booked prior to arrival or on first come first serve basis. 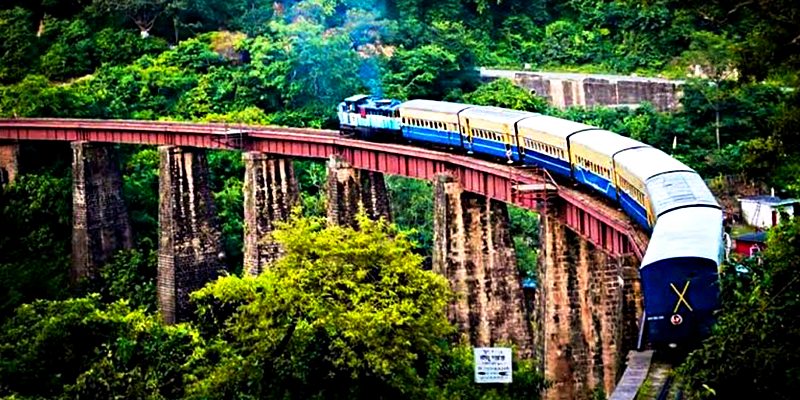 Located in the sub-Himalayan region of Kangra Valley, this network scales a distance of 164 kilometers from Pathankot in Punjab to Jogindernagar in Himachal Pradesh. It was established in 1926 and became operational in 1929. Unique in itself, this line features only two tunnels and instead of the dizzy curves, engineers opted for a straightened path while avoiding awkward corners.

While travelling on this track, travelers get a chance to gaze at the marvelous panorama of snow-clad ranges and the green fields. The grandeur of the majestic Banganga river gorge and the Dee Kangra chasm offer magnificent views. As the track approaches Palampur, snowy chain of peaks in the backdrop appears to be nearing. Thereafter, the train runs parallel and very near to the Dhauladhar ranges. It won’t be wrong to say that Kangra Valley Railway can take you as close to eternal snows as it is possible in India. 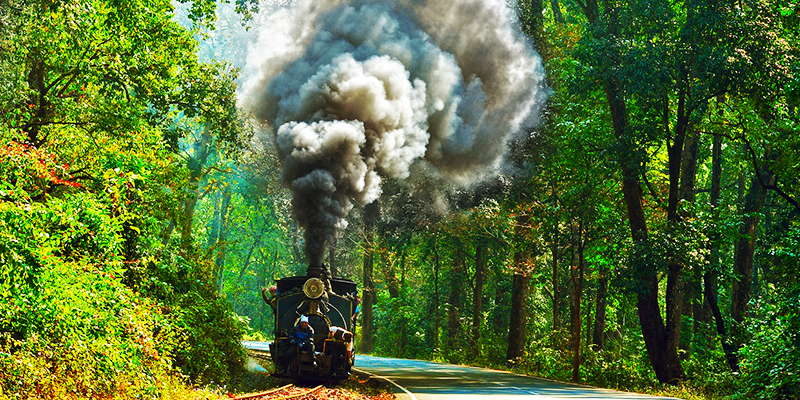 Built between 1879 and 81, this railway system is listed as an UNESCO World Heritage site. This slow moving journey that starts from New Jalpaiguri takes a gentle climb up the hills and reaches Darjeeling Bazaar (which is in the heart of Darjeeling town). In order to combat the steepness of the climb, there were loops created at different points of the journey, where the train could either move forward or in reverse direction. There are three such important loops still existing, of which the Batasia loop is most popular. While you climb up the hills, the train will make a halt at the highest railway station in India aka Ghoom. Apart from ascending along the line of tall trees, picturesque huts, flowering plants and smell of momos, the tourists can have a preview of life in the hills and its beauty. One’s who have taken a ride on this heritage toy train will not prefer the faster modes of travel up the hill.

Generally, passengers on a train want to reach their destinations at the earliest, but these picturesque railway routes will make you crave for delays!

6 best getaways to take your dad this Father’s Day!

A tale of India’s railway heritage