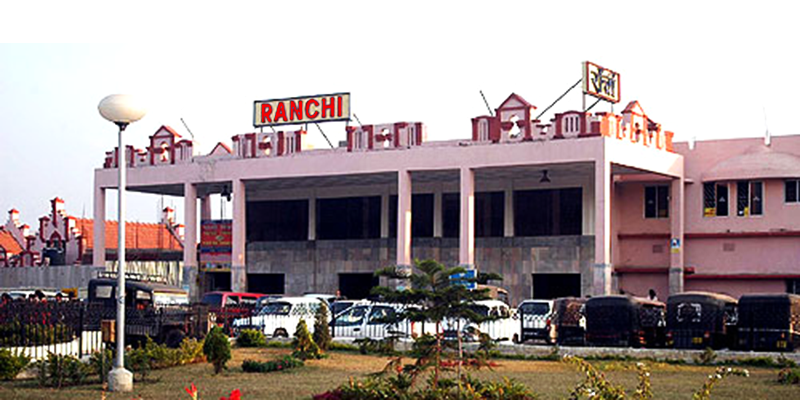 Indians are travelling more than ever, and Indian Railways has to be given a big credit for this. Indian Railways has proliferated in every part of India. In parts which are still not under the rail radar, projects are ongoing. There are new and special trains launched every once in a while to beat the rush. Even when praising the ongoing efforts of Indian railways, one chink in their armour is the rate of delays that trains for various routes face. Delay of trains between two stations causes a lot of hassles for the travellers. Numerous hassles, some that cannot even be thought of, are compounded by the periodical delay of trains.

RailYatri and its team of data analysts can give you insights, helping remove the agitation from your train travel. Today, we bring you insights into the delayed trains to Ranchi.

Ranchi Station (RNC) is the railway station located in the capital city in the state of Jharkhand. It is the headquarters of Ranchi division of the South Eastern Railway Zone of Indian Railways. The station has trains running frequently from Delhi, Patna and Kolkata. Some of the major stations close by Ranchi is Hatia Station, Ranchi Junction, Namkom Station and Tatisilwai Station. The station receives a footfall of more than 40,000 passengers per day.

One of the promising facts about arrival and departure of trains from Ranchi station is that more than 75% of them run with minimum delays. But those that are regularly late are covered in the following list.

Most Delayed Trains at Ranchi Station

First entry into our list of delayed trains is the Hyderabad – Raxaul Express (17005). This train starts its journey from the Deccan Peninsula and travels towards Raxaul in Bihar. The train has a pardonable delay time of half an hour in the last 50 days. The train leaves Hyderabad on its scheduled departure time and then travels a fair distance without much delay. The train starts its trail of delays between the stations Jharsuguda Junction and Rourkela Station. As Ranchi is the immediate station, so 17005 arrives at Ranchi 30 minutes late. If you want to travel without any delays on this route, then your pick should be 17007 – Secunderabad – Darbhanga Express.

Making to the fourth position in our list is the Mumbai LTT to Ranchi Express. 18610 travel from Mumbai LTT in Maharastra and reaches Ranchi. Along the way it is delayed by 35 minutes regularly. Though it is a marginal delay for a long route, yet it makes passengers wait. Though the train leaves its source station on time, but it faces more than an hour’s delay between Manmad Junction and Bhusaval Junction. It has to be said that the train makes up a lot of ground before reaching Ranchi station. Passengers looking for a better alternative can avail 12811 – Mumbai LTT – Hatia Super Fast Express which has an average delay of less than 15 minutes in last 50 days.

With an average delay of more than 3 hours and 20 minutes, Ajmer to Ranchi Garib Nawaz Express makes it to the third position in our list of delayed trains. In-depth analysis of 18632’s history suggests that the train leaves Ajmer on time (in most cases). But the train’s timing is severely hampered between the stations Kanpur Central and Allahabad. Garib Nawaz Express has reached Ranchi on time only thrice in the last 50 days.

This train reaches Ranchi station 2 and a half hours delayed regularly. Initiating its journey from New Delhi station on time, the train runs into delays some place between Mughal Sarai Junction and Koderma. Once it is delayed by more than 1 hour in its initial phase, the train just keeps on adding time to its journey as it moves forward. Luckily, there is a much better alternative waiting for the passengers. Rather opt for 12878 – New Delhi – Ranchi Garib Rath Express which has a delay time of only 12 minutes.

The worst performing train in our list is the Delhi Anand Vihar – Hatia Swarna Jayanti Super Fast. The train has a whopping delay time of close to 10 hours. Just imagine sitting within the train for extra duration of 10 hours! The thought itself is quite distressing, isn’t it? The Swarna Jayanti Super Fast has left Delhi Anand Vihar with a delay of more than 1 hour in all but 7 instances of the last 50 days. Once the train is delayed from its source, the performance just gets worse. To minimize your waiting time you can avail 12454 – New Delhi – Ranchi Rajdhani Express via Daltonganj (which is punctual about its time).

Hope this list will help you stay away from the worrisome trains and make your travel to Ranchi much smooth. If you want such doses of information on a daily basis then you should definitely download the RailYatri app by visiting the link: rytr.in/and or giving a missed call on: 8080809551. And for further clarification, our app is not a traditional live train status app, though we have that feature. We try to bring more insights with each of our features such as Indian Railways time table, schedule of trains between two stations, PNR status, etc.