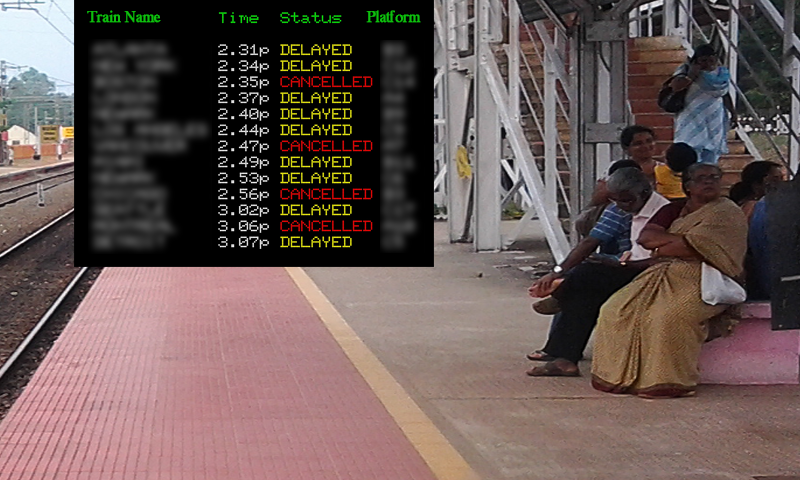 Indeed delay is an unpleasant event when you are travelling. Many of us travel for fun, others for business and some others to meet an immediate need. Delay in journey poses an obstacle for your planned course of action. This is why we want to bring some information that will help you stay away from delays during train travel. In the first part of our study we take a look at trains that connect Kanpur Central Station to various parts of India.

Kanpur Central Railway Station is one among the four central railway stations in India and it holds the record for largest interlocking route system in the world. Kanpur is one of the busiest stations of the North Central Railways and receives traffic of more than 150,000 passengers. Kanpur also lies strategically on the important Howrah – Delhi broad gauge route. No less than 280 trains stop at this station. So, there are plenty of options for the commuters or tourists.

But like passengers through other stations, some of the Railyatri app users from Kanpur have been reporting to us about regular delays of trains. We used the crowd-sourced data to probe into the matter and found some common trends. Based on our investigation we identified 5 culprit trains that regularly run late frustrating the travellers at Kanpur Central Railway Station. 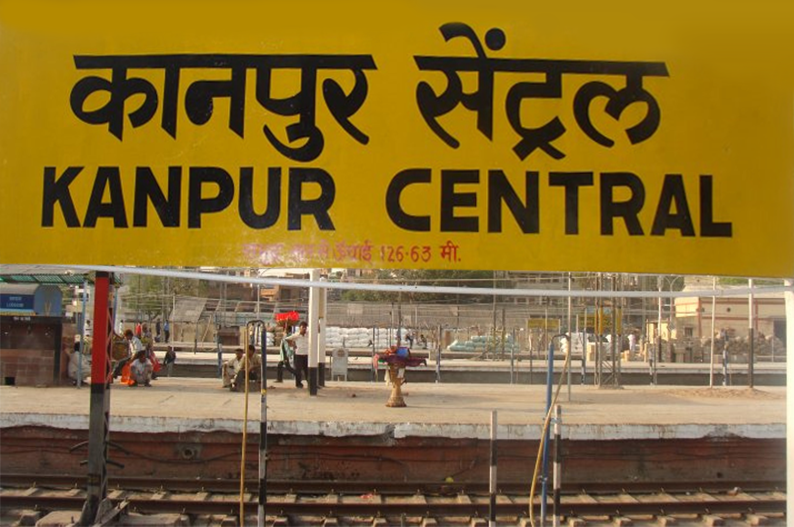 Why at all are such trains named “Express” is still a mystery! Just imagine you are returning from Bhagalpur and have a busy schedule waiting for you upon return, how would you meet that? This train is on an average 12 hours late and makes its boarders wait for eternity within the train. On close inspection of the train’s schedule, we found the root of its delay lies in the delayed departure from Bhagalpur Station. It has left Bhagalpur on time, only 8 times in the last 50 days. Once it leaves the source station with over an hour’s delay, the complexity of its route makes time make-up impossible. If you want to travel from Bhagalpur to Kanpur Central, then you can book tickets in Malda Town – Old Delhi Farakka Express (13413) which is relatively better in terms of delays.

With an average delay time of time of 6 and a half hours in the last 50 days, 12401 – Islampur – New Delhi Magadh Super Fast Express features second in our list of most delayed trains to Kanpur Central Station. The problem with this train is that it starts journey about an hour delayed regularly and the time piles on as it moves along the route. Booking a ticket in this train, would be a fun for none. Though there are no other direct trains from Islampur to Kanpur Central. But you can minimize the travel time by boarding a train from Patna Junction. The best alternative for you on this route is 19314 – Patna – Indore Express (which has a track record of only 8 minutes delay in last 50 days).

This train sits at third place on our list, with an average delay time of nearly 6 hours in the last 50 days. Our team probed into the cause of this train’s delay and it was found that 12874 left Anand Vihar more than one hour’s delay regularly. In fact it has left Anand Vihar on scheduled time only 7 times in the last 50 days. Once there is such a delay at the initiation, the delay keeps on extending along the route. If you want to travel from Anand Vihar to Kanpur Central, then you can definitely avail 12004 – New Delhi – Lucknow Swarna Shatabdi (which is hardly late on most days).

Next on our list is an Express train from Anand Vihar Delhi to Kolkata Chitpur. 13132 with an average delay time of more than 5 hours and 45 minutes is again not a train that we advise you to board. Leading reason for the lacklustre performance of this train is its delayed departure from the source station (Anand Vihar). Normally the train leaves one hour or more late from Anand Vihar, and then it gets further delayed through the course of its journey. You can avoid this train and rather opt for Delhi Anand Vihar – Guwahati North East Express (12506) which is relatively less delayed.

Last but definitely not the least is Guwahati – New Delhi Sampark Kranti Express. Though the train leaves Guwahati on its scheduled time, but it gets delayed between Patna Junction and Mughal Sarai Junction. At least that is what its runtime statistics suggests. Instead of 12501, you can rather book tickets in Dibrugarh Town – New Delhi Rajdhani Express (12423). This train has an average delay time of 15 minutes.

Passengers do not know about the delay of trains because it is not mentioned in the Indian railways time table neither in the trains between two stations information. It was so far information that people knew about from their personal information. Now, we want to change that and provide a clear picture to the pictures. Like we have advised you on GPS Locator, Fare Calculator or Confirmation Probability, we want to advise you on the Average Train delay at a station.

Next, time we will come up with facts from other trains and other stations. So, stay glued to railyatri.in.

5 Tips to get a confirmed PNR Ticket during heavy rush!