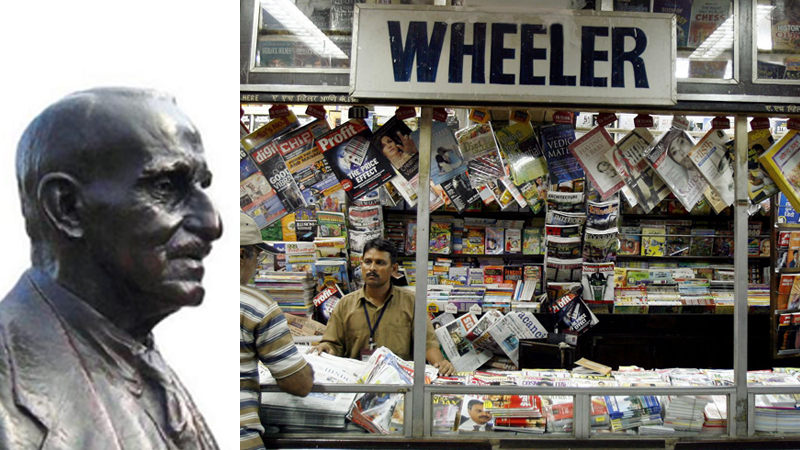 Reading is a traditional past time when travelling. Nowadays, every station has a string of bookstalls. But the scenario was not same way back in the early days of Indian railways. It was the innovative thought of Emile Edouard Moreau, the mysterious European businessman that led to the concept of bookstalls at stations.

As the story goes, when the rail link between Calcutta and Bombay was being constructed in 1867, the young Emile was involved in the process as a young employee of the managing agency named Bird & Company in Allahabad. He noticed a high demand for reading material among the passengers, especially those travelling in First Class coaches.

The scope of setting up bookstall arrived to him by chance. One day when he was visiting the home of his long time friend Aurthur Henry Wheeler, Wheeler revealed that he had way too many books in his library and wanted to sell out some of these. So, the idea sprang in Emile’s mind. He took A.H. Wheelers wooden almirah stacked with books to Allahabad station. Emile’s concept was an instant hit among the passengers. They bought books from the wooden almirah.

Soon, in 1877 Emile founded the first bookstall at Allahabad and this was just the beginning. He soon had bookstalls in all the stations across North India. The chain of bookstalls was named A.H. Wheeler & Co, named after his friend who had provided the books for first sales. The chain spread out to all parts of India, as railways proliferated.

To provide the passengers with fresh reading materials, Emile started a printing press and requested Rudyard Kipling to contribute some works to his publication. The publication of Kipling’s short stories was published as a part of Indian Railways Library Series. The books were sold at railway stations for one rupee. Some of the famous publications of Indian Railways Library Series include The City of Dreadful Night, The Story of Gadsbys, Soldiers Three, Wee Willie Winkie, The Phantom Rickshaw, Under the Deodars and Other Eerie Tales.

Children’s Day: A trip of India through its books