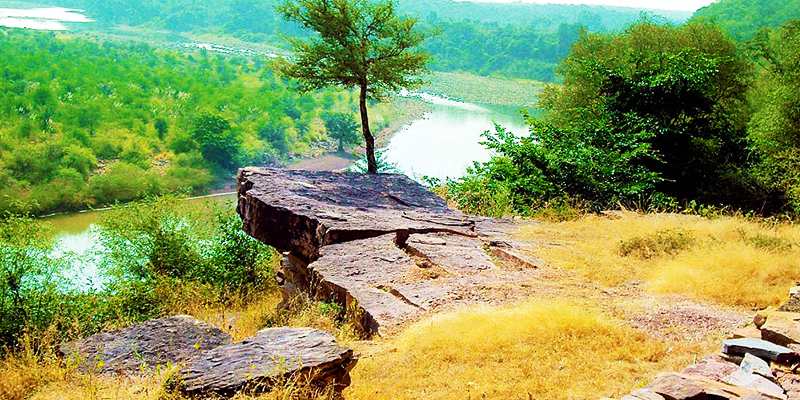 Gujarat is known as the largest salt marsh of Asia and houses many revered temples. But did you know: Gujarat has some extremely rare wildlife dwellings. Sheltering a large count of Asiatic lions in Gir National Park, the state is home to wild asses in the Little Rann of Kutch, the rare great Indian bustard in the bird reserves, the world’s only four-horned antelope, and the Black Buck. Speaking of wildlife, many migratory birds (some endangered), find Gujarat as their preferred haven. We’ll give you myriad reasons over why the wildlife sanctuaries of Gujarat are worth a visit. 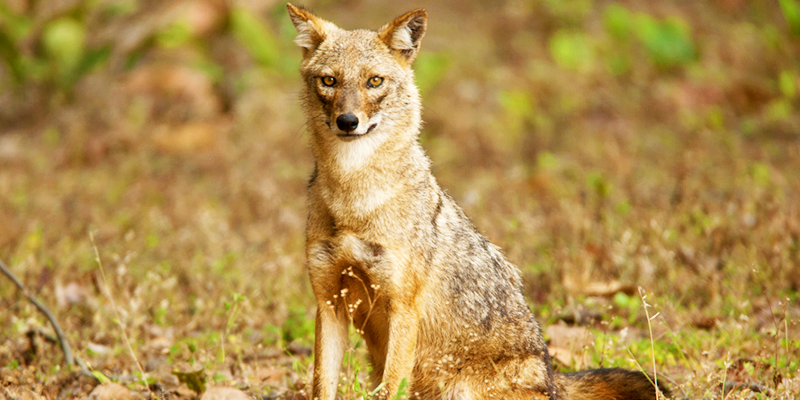 Situated in the Panchmahal district of Central Gujarat, the wildlife sanctuary covers an area of 130 sq km. This sanctuary houses a vast population of leopards, hyenas, python, jackals, cobra, the tailor bird, crocodiles, the golden oriole, teals, and ducks. Targol and Kada are the two main regions in the Jambughoda Wildlife Sanctuary that are worth taking a visit. Kada, being most famous of the two, is an ideal location for camping in the lush green turf. July to February makes an ideal time to visit this sanctuary. 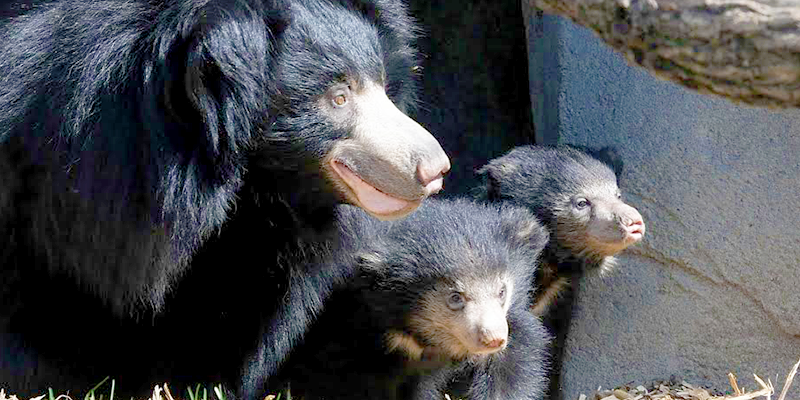 Sprawled across the Thar Desert, Jessore Sloth Bear Sanctuary gets its name from the majestic Aravalli hill region named Jessore. Home to leopards, blue bulls, sambars, porcupines, wild boars, and 105 varieties of birds that include migratory birds as well, this sanctuary also shelters the endangered species of sloth bear. Jessore sanctuary is believed to be one of most picturesque places to visit in Gujarat. The forest huts and the cottages, located in front of the lake surrounded by mountains, make for an ideal stay in the sanctuary. Monsoon serves as the best time to visit Jessore Sloth Bear Sanctuary. One can also visit Kedarnath Mahadev Temple and Muni Ji ki Kutia from this sanctuary. 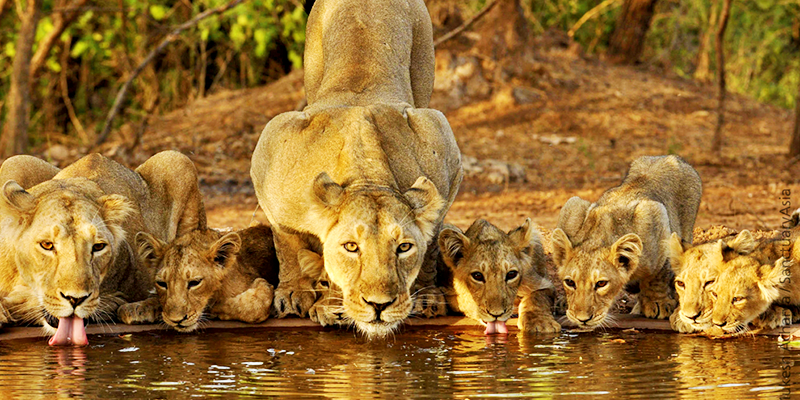 Gir National Park is the largest abode of the Asiatic Lions in the country and attracts a great number of tourists coming to visit Somnath and Junagadh. Gir has become a major tourist attraction owing to the high lion population. Apart from lions, tourists can also sight rusty spotted cat, pangolin, ruddy mongoose, paradise flycatchers’ civets, and 300 species of birds. Gir takes pride in being one of the most awe-inspiring National parks in the country with a distinctive landscape having isolated hills, plateaus, rugged ridges, and valleys. December to mid June is the best times to visit Gir National Park. 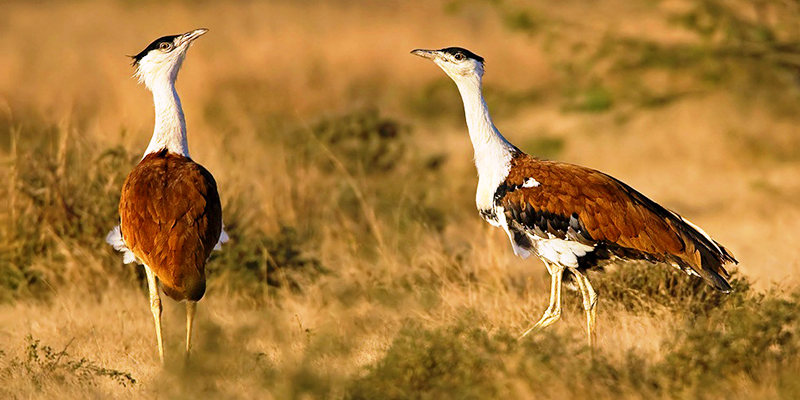 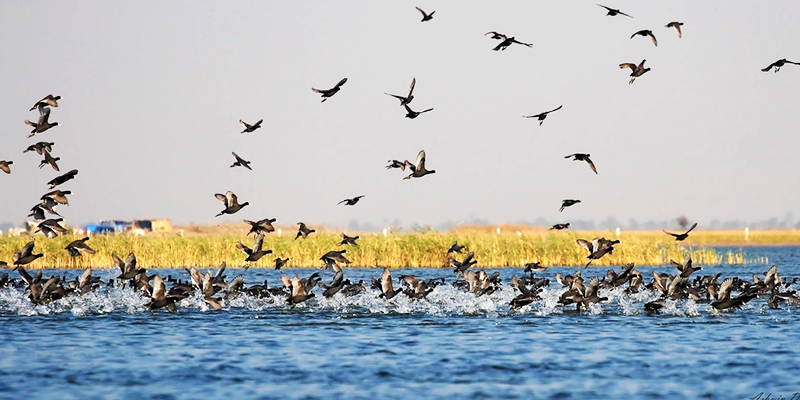 Dotted with 360 islets, this bird sanctuary is actually a beautiful lake situated 64 km away from Ahmedabad and it proudly boasts of being the largest wetland bird sanctuary in Gujarat. There are about 200 species of birds inhabiting the sanctuary making it a much sought after site for bird-watching. This huge lake is also a haven for a myriad number of migratory birds during the winter season. Flamingoes, ducks and geese, pelicans, rails, cranes, coots, cormorants, egrets, herons, storks, etc. can be sighted at the sanctuary. The best time to visit Nalsarovar Bird Sanctuary is between November and April. 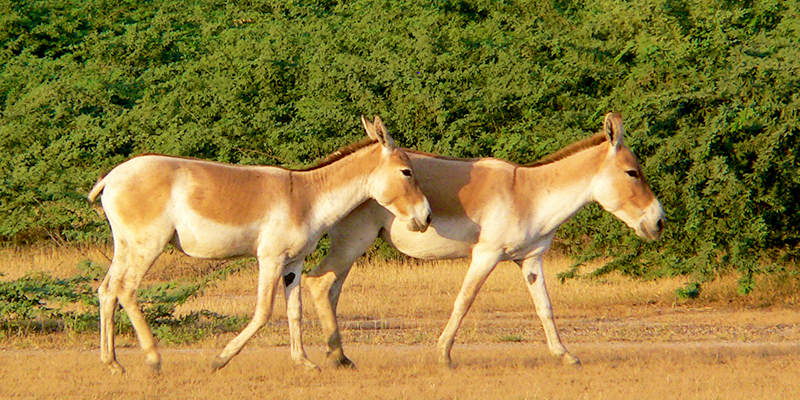 Situated on the Little Rann of Kutch, Wild Ass Sanctuary is the only wildlife reserve in India where the Indian wild ass can be spotted. The sanctuary is one of the largest sanctuaries in Gujarat and sprawled over the areas of Sundernagar, Rajkot, Patan, Banaskantha, and Kutch district. The Wild Ass Sanctuary is considered as a heritage of Gujarat and houses a wildlife population of the dalmatian pelican, flamingo, crane, caracal, desert fox and black cobra, and, of course, the Indian wild ass. November and March make the best time to visit the sanctuary.

Do care to visit these wildlife marvels of Gujarat on your next trip.

Encounters with the wild through train window