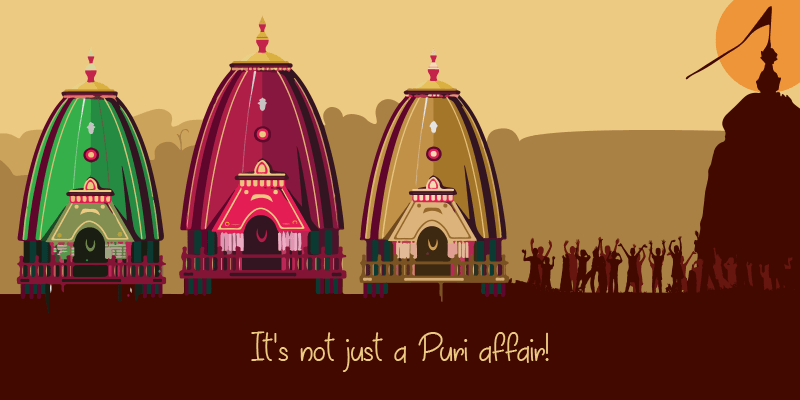 The Ratha Yatra in Puri is one of the most incredible spectacles in India. It is an event that brings together millions of devotees from all parts of India to Odisha. The devotees worship Lord Jagannath and participate in the chariot festival with fervent devotion. Also known as Car Festival of Puri, it falls during Shukla Paksha of Ashada month (between June or July), every year.

It is believed that like every other child, Lord Krishna (aka Jagannath), was in deep love with his aunt Gundicha who resided in Puri. Prevalent even now, little kids tend to visit their aunt’s house once every year (mostly during the summer breaks!) and so did Lord Jagannath. He along with his two siblings – Balbhadra and Devi Subhadra, pays an annual visit to Gundicha’s house. Based on this belief, the chariot procession starts from Lord Jagannath Temple and ends at Gundicha Mata temple. The chariots reside at the front of this temple for the next nine days, after which they return back to the Jagannath temple again. (known as ‘Bahuda Jatra‘).

Contribution to the English Language: The festival is marked by a frenzied crowd where everyone wants to pull or at least touch the sacred rope used to pull the chariot. When millions of people try to push ahead and touch the chariot, it creates an utter commotion. In the past, many devotees would be crushed by the chariot due to all the pushing and prodding. When the Britishers saw this, they decided to include the word – “Juggernaut” in their dictionary which exactly comes from the word ‘Jagannath. The word means mercilessly destructive and unstoppable force.

It’s not just about Puri

Though Puri is the focal point of the Rath Yatra celebrations, it is not the only city in Odisha to hold this spectacle. The chariot festival is also celebrated in neighbouring cities with an equal amount of fervour. So, read on to explore these unexplored Rath Yatra destinations and plan a visit here this time: 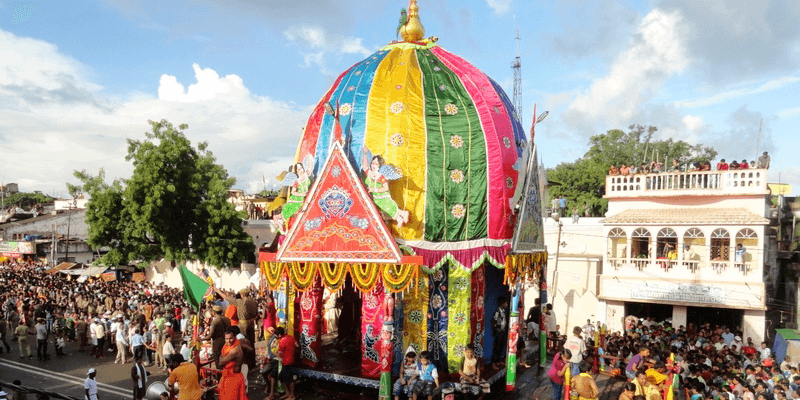 The temple of Lord Jagannath at Baripada is popularly known as Haribaldev temple. This temple is considered to be an auspicious pilgrim spot and holds grand Rath Yatra celebrations. The uniqueness of Baripada’s Rath Yatra lies in the women-only chariot pulling. The chariot of Subhadra (Lord Jagannath’s sister) is pulled by only the women here. Another major attraction during the festival is Chau dance performances, which are staged at different venues across the city. 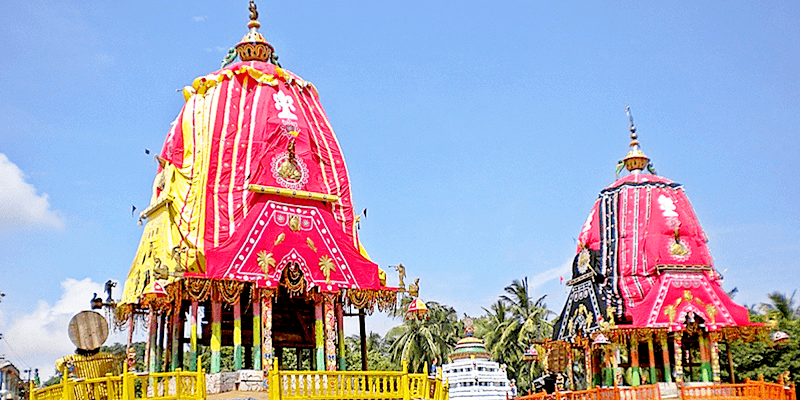 Kendrapada, approximately 100 KM from Puri, is another popular destination for Lord Jagannath devotees. The Kendrapada temple has Lord Balabhadra (Lord Jagannath’s brother) as the presiding deity. There are many unique things to see in the Rath Yatra celebrations here. First of all, the chariot here is over 72 ft in height, making it taller than the chariots in Puri. Secondly, only one chariot belonging to Lord Balbhadra is pulled here, unlike three in Puri and other places. Thirdly, the celebrations here set an ideal example of religious equality with people from all religions and castes participating in the procession. 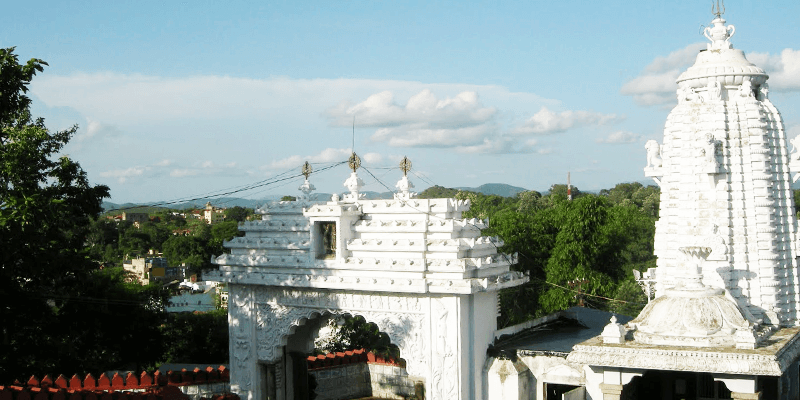 Koraput is another city in Odisha. Ratha Yatra in Koraput is a major draw amongst locals and tourists alike. The Jagannath temple here was built in the 12th century and is a reflection of the ancient architecture. Apart from the Ratha Yatra procession, there are various cultural events and dance performances held across the city to keep the visitors entertained. 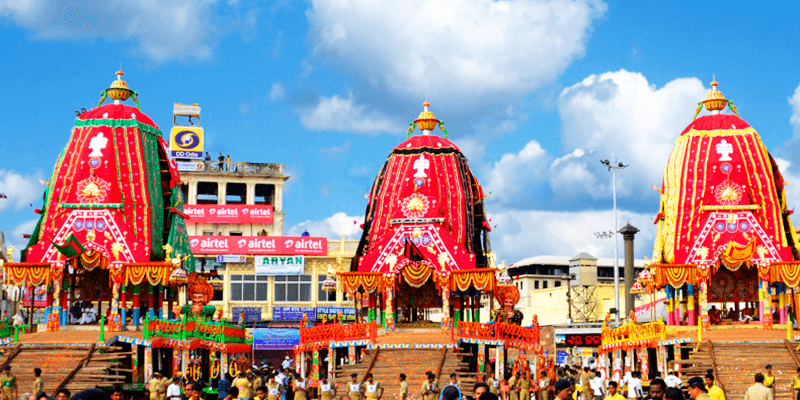 The beautiful Lord Jagannath temple atop the Sunasagada hills is a key tourist attraction of the city. Here, Goddess Subhadra’s chariot is pulled only by the women folk. The hilly terrain and the huge number of visitors attending the celebrations, add to the festive fervour of Rath Yatra festivities in Angul. 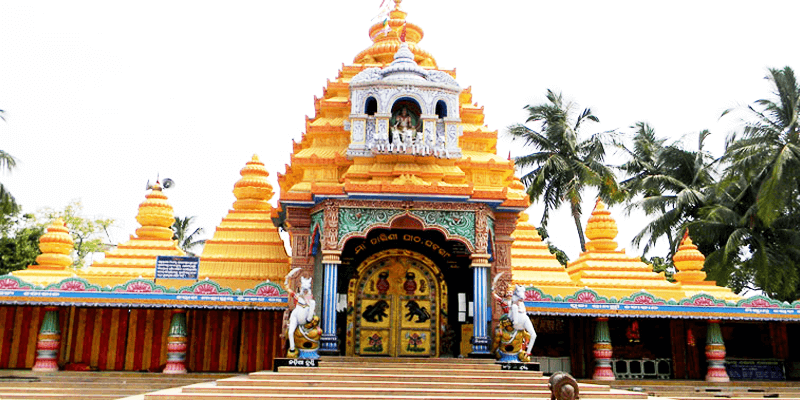 An interesting fact about Keonjhar’s Rath Yatra celebrations is that new idols are not recreated every year. Same idols have been worshipped here since the inception of the temple. Another unusual feature of Keonjhar Jagannath Temple is that goddess Subhadra’s idol is red in colour instead of the usual yellow. Being one of the oldest temples in Odisha, the Rath Yatra sees a large conglomeration of devotees in the city.

5 Temples that get Maximum Daily Devotees