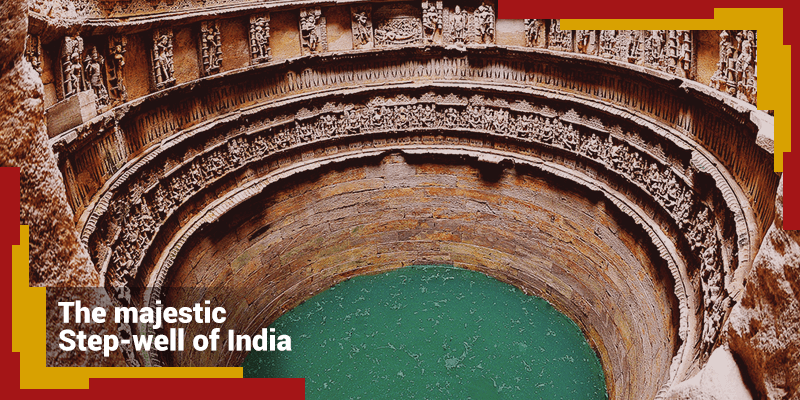 Rani ki Vav, located in the district of Patan in Gujarat, is a great example of water management from ancient India. Built by Queen Udayamati of the Chaulukya dynasty, this subterranean architecture exhibits the glories of Maru-Gurjara style. While, Mughal King Shah Jahan’s ivory marble stone tomb built for his wife, has went on to become one of the Seven World Wonders, Rani ki Vav which is also a rare exhibit of beautiful architecture remained hidden until a few decades ago! But in the recent years, this step-well has become one of the popular places to visit in Gujarat. 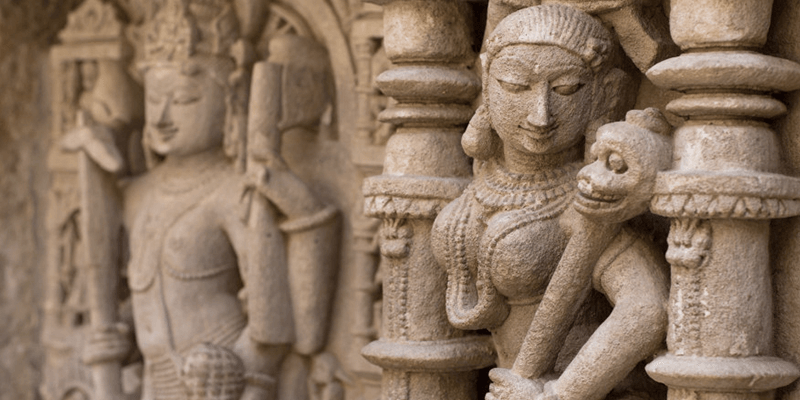 Rani ki Vav, meaning the Queen’s Step-well, was built between 1060-80. It was commissioned by the then Queen Udayamati, to commemorate the death of her husband Bhimdev-I. Gujarat, being an arid region faced severe water problems during the reign of Queen Udayamati. So, the wise queen decided to keep her husband’s memory alive through the construction of this step-well. Though meant for water conservation, the queen also made sure that the design and architecture of this step-well was pleasing to the eyes. Some centuries later, a severe flood in the nearby Saraswati River filled this marvellous step-well in thick layers of silt. For hundreds of years, the step-well remained hidden, until it was excavated by the Archaeological Survey of India in the 1960s. And soon it was thronged by tourists and turned out to be one of the most visited tourist places in Gujarat. 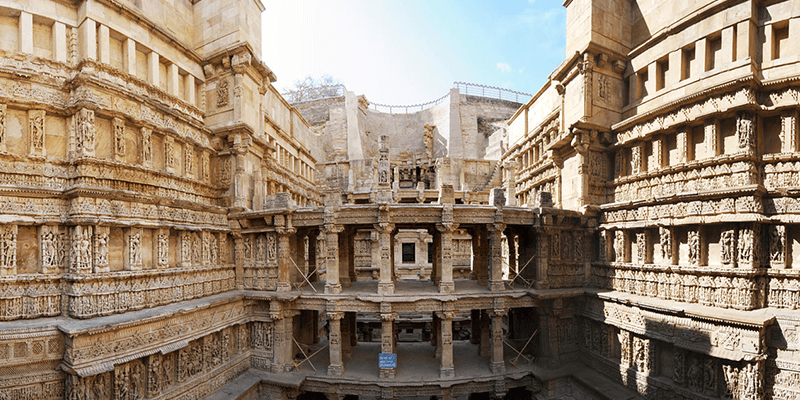 In 2014, UNESCO acknowledged Rani ki Vav as an example of excellent ancient water management system and it was inducted into the World Heritage site’s list. So, the efforts of the queen to keep the memory of Bhimdev-I alive, forever was successful. 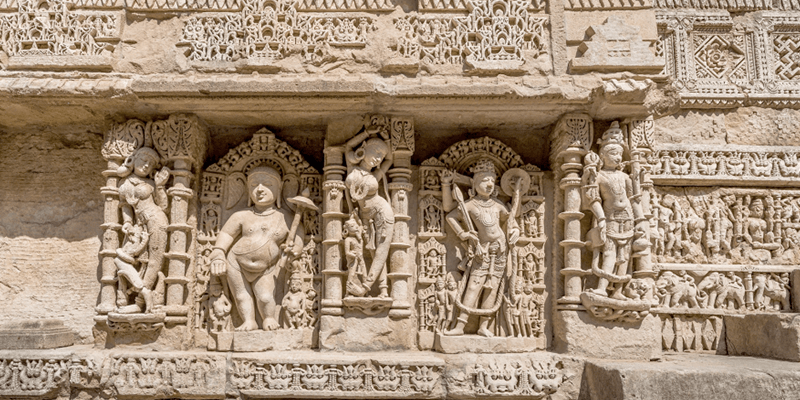 Calling this marvellous structure as a mere well would be largely demeaning its beauty. Though meant primarily for water conservation, the queen made sure that it remained her architectural legacy. This unique subterranean structure shows the superior craftsmanship attained by the 11th century artisans. The east facing step-well has a ornate flight of stairs. The well is 64M long, 20M wide and 27M deep. The seven-storey structure is intricately ornamented with panels of sculptures. The sculptures tell many religious and mythological tales. Most attractive among these sculptures is the life size portrait of Sheshashayi-Vishnu and celestial maidens carved on stones.

The step-well is situated at the western most part of the compound. The area is filled with many trees. One of the noticeable things about this monument is that it is very clean. And largely due to a detailed eye for cleanliness, the monument “Cleanest Iconic Place” of India in 2016. The Rani ki Vav is a must visit among the tourist places in Gujarat for tourists wanting to view the splendors of ancient India.

Sahastralinga Talav: This reservoir, situated in Patan (Gujarat), was built by Siddhraj Jaysinh. The name of this lake means “lake of a thousand lingas” and it is believed that there were thousand such lingas situated on the banks of the reservoir, during its heydays. Now, you can only see some remains of these lingas.

Rudra Mahalaya: Built in the 12th century by Siddhraj Jaysinh, at Siddhpur, it is one of the most ancient temples. It was destroyed during a raid by Allauddin Khilji and now the ruins of the once famous temple can be seen.

So, Rani ki Vav should definitely feature in your list of places to visit in Gujarat!

5 Scenic bus routes of Gujarat, you never knew about!