Tiger, our National Animal and one of the most deadly and beautiful beasts in the world, was on a sharp decline a few years ago. But with vigorous action taken for its conservation, including the Project Tiger, a huge increase in its population has been witnessed in recent years. Today, this long, striped and crafty-eyed wild cat is being conserved at across 50 tiger reserves in India.

In the view of International Tiger’s Day(29th July), let us take you on a trail of lesser known yet significant tiger reserves in India where you can easily spot these striped beauties, dwelling comfortably in the woods. 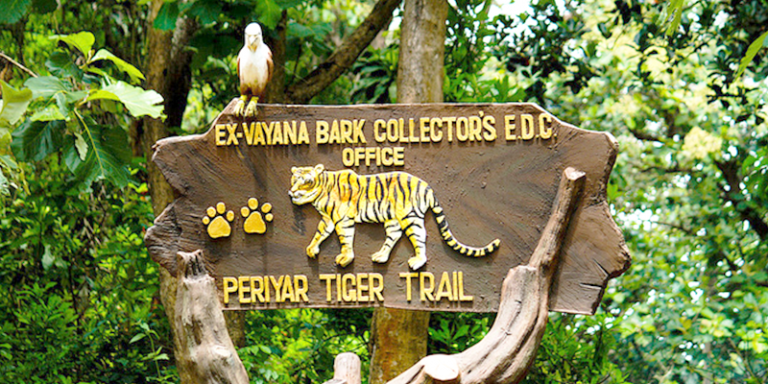 Periyar Tiger Reserve is one of the largest and the best-managed tiger reserves in India. Located at the Periyar valley in Thekkady and spread across the lush green foothills of the Southern Western Ghats, this reserve is known for its diverse wildlife and beautiful landscape. 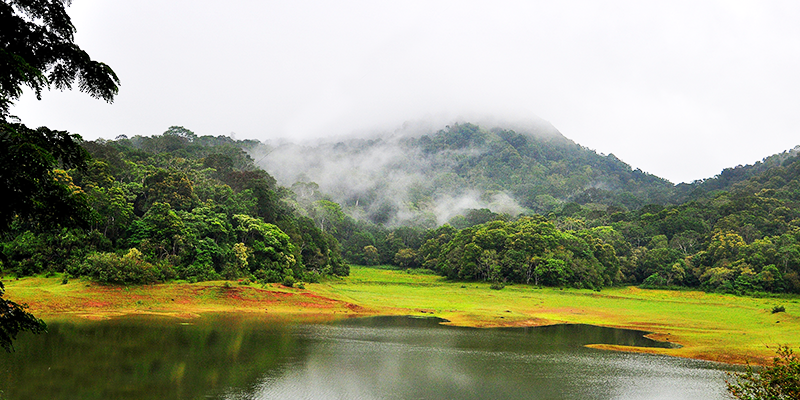 There have been frequent reports of an increase in the population of tigers here. Perhaps the best vantage point to unleash the sight of a tiger is taking a boat ride across the sprawling waters of Periyar river. Also, rare species such as the Asiatic Elephants, Jungle cats, Lion-tailed Macaque, Indian giant squirrel and Sloth bear, can be easily spotted here. 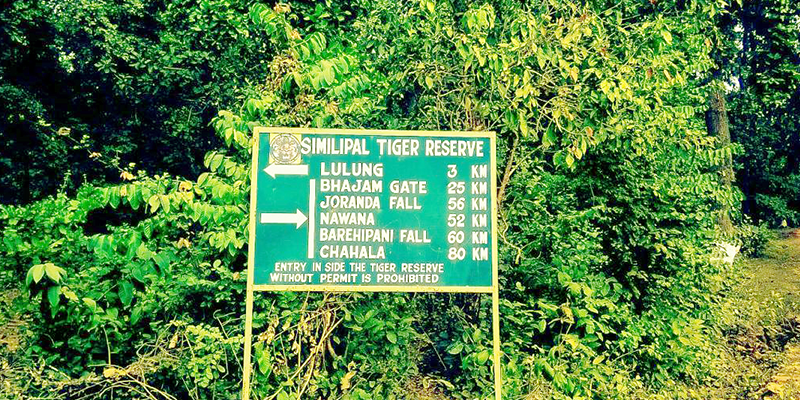 Simplipal, which derives its name from ‘Simul’ (Silk Cotton tree), is a national park and tiger reserve situated in the northern part of Odisha’s Mayurbhanj district. Spread over a sprawling area of 2750 sq km, it also has some beautiful waterfalls such as Joranda and Barehipani. 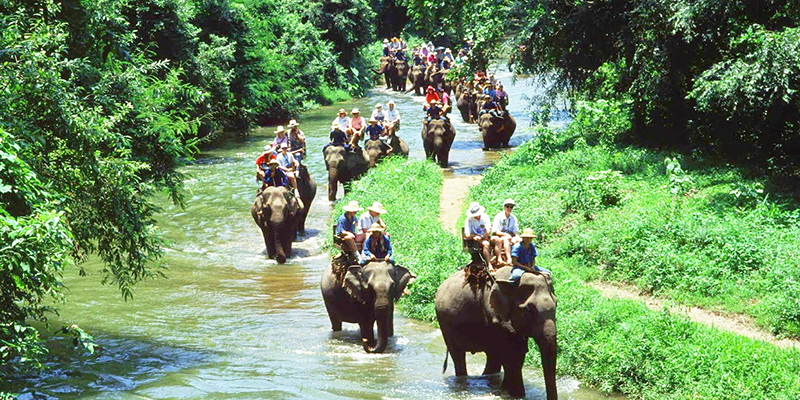 Popularly known for tigers, elephants and hill mynah, Simplipal Tiger Reserve holds the highest tiger population in the state of Odisha. Despite the dense and extensive forest cover, chances of spotting a tiger here are high, especially when you enter through the Baripada and Pithabata gates. Apart from its biodiversity, the village around Simplipal forests is also home to a variety of local tribes and is worth visiting. 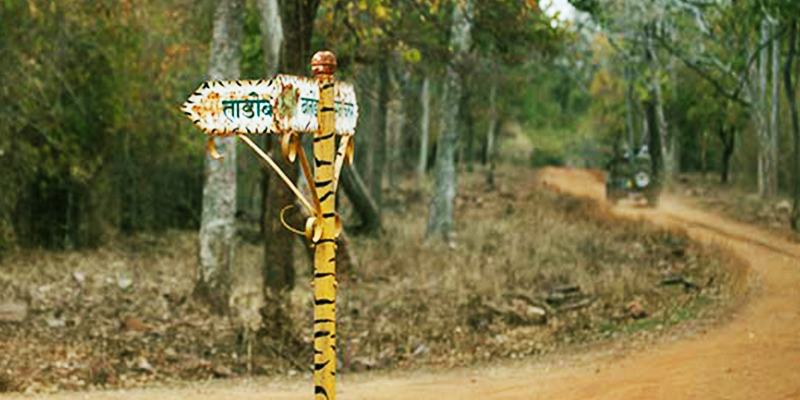 Among the relatively new tiger reserves in India, the Tadoba-Andhari reserve in Maharashtra boasts of a booming population of tigers. A whopping seventy, along with leopards and sloths, it promises good tiger sighting. 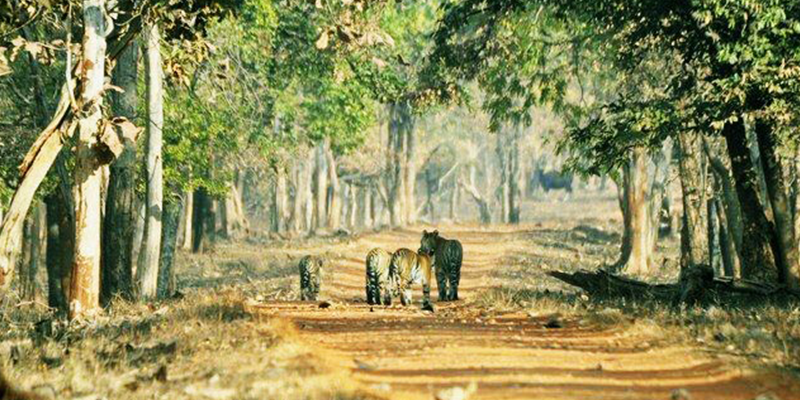 Besides tigers, there is also a wonderful opportunity for bird watching here, for it is also the home to over 200 species of birds. The lifeline of this reserve is the Andhari river and Tadoba lake, which provide freshwater supply to this ecosystem, throughout the year. 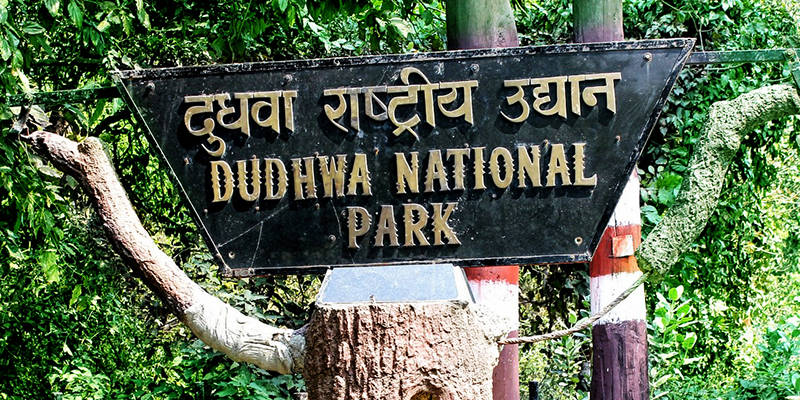 Located on the Indo-Nepal border in the Lakhimpur district of Uttar Pradesh, Dudhwa tiger reserve is one of the most beautiful wildlife destinations in India. A part of the Terai-Arc landscape, Dudhwa has been identified as the critical tiger habitat which is vital for the long-term survival of the Royal Bengal Tiger. 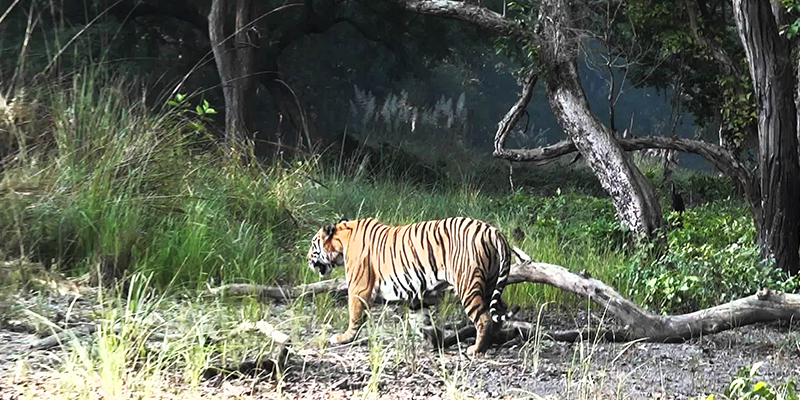 Situated on the banks of the Suheli river, the reserve has a rich variety of flora and fauna, right from the colourful migratory birds to the fierce predators. You can also spot different varieties of owls, storks, woodpeckers, kingfishers and sunbirds. Thus, Dudhwa tiger reserve not only allures people for its fierce tigers but also with its green riverine forests, hence bringing you more close to nature. 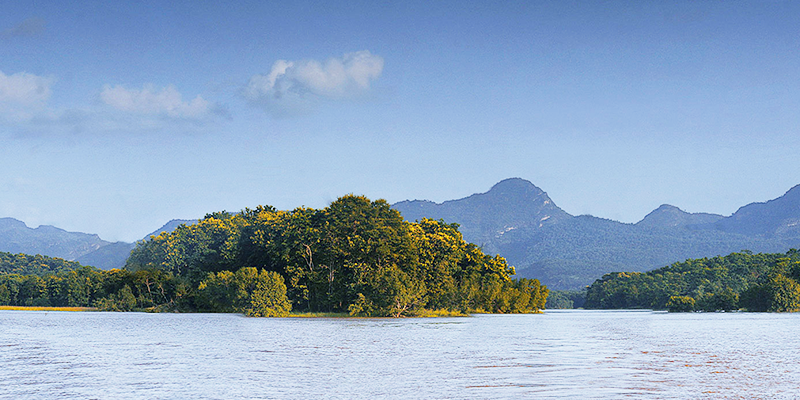 This is one of the relatively new wildlife sanctuaries in India. Though unexplored so far, it is slowly catching the interests of the tourists. The reserve also has other inhabitants such as leopards, gaur, sambar, chital, wild boars and porcupines. 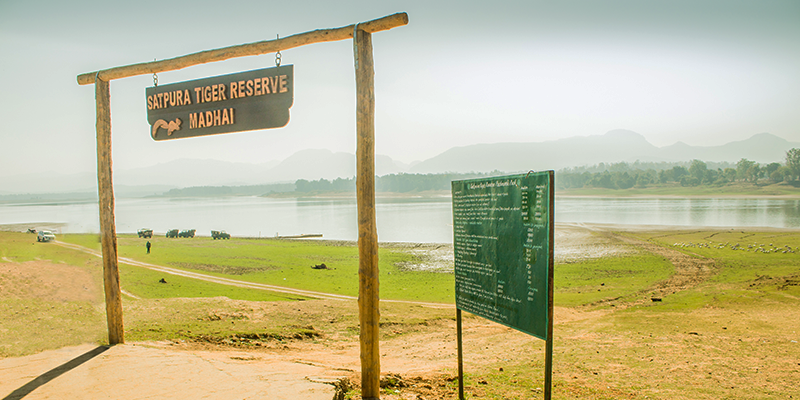 The best part about this national park is that one can also explore the place by foot, with the help of the guide of course. The guided walks and kayaking in its reservoir is one of those special attractions, which only a few national parks in India can offer. 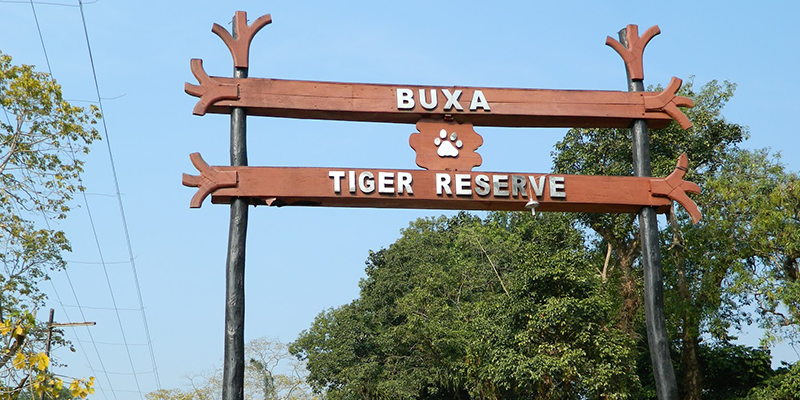 Nestled in the Alipurduar sub-division of Jalpaiguri district in West Bengal, Buxa Tiger Reserve offers a scenic extravaganza to its visitors. It’s not the mere anticipation of witnessing a tiger, but the eerie, mystic silence of the forest amidst the hilly landscape at the backdrop of Jayanti River, that forms a magical aura around. 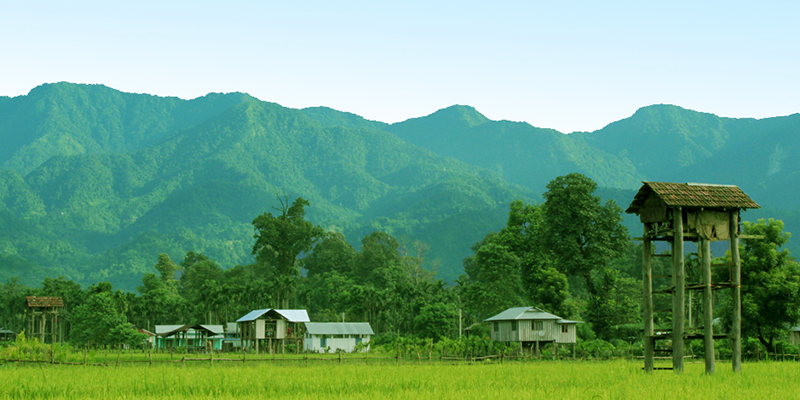 It is also home to a variety of flora and fauna in its vicinity, with over 69 species of mammals, 41 species of reptiles, 246 species of birds and over 30 species of fishes. Besides the core tiger reserve, Buxa is also a hamlet that gives refuge to your solitary self. A stroll through the historical Buxa Fort and tea gardens around is perfect for a wandering mind looking out for some peace.

Best Time to Visit: October to May 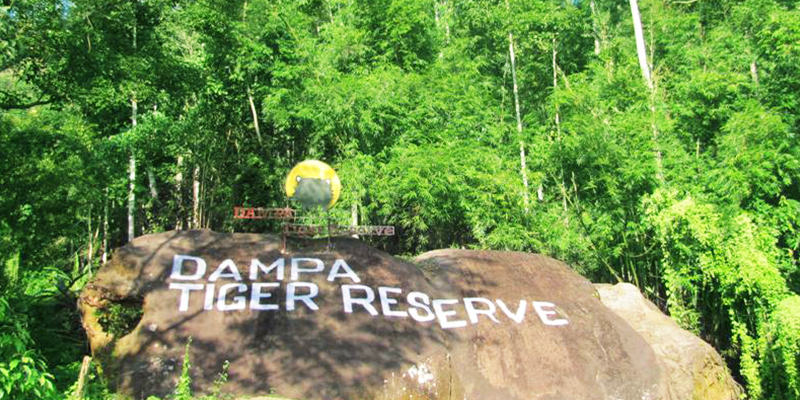 This is Mizoram’s biggest wildlife sanctuary, which is situated on the international border with Bangladesh. Tropicals forests stretching over hills and valleys, the place has many tigers and leopards along with other species including, Martens, civets, golden cats and Malayan sun bear. 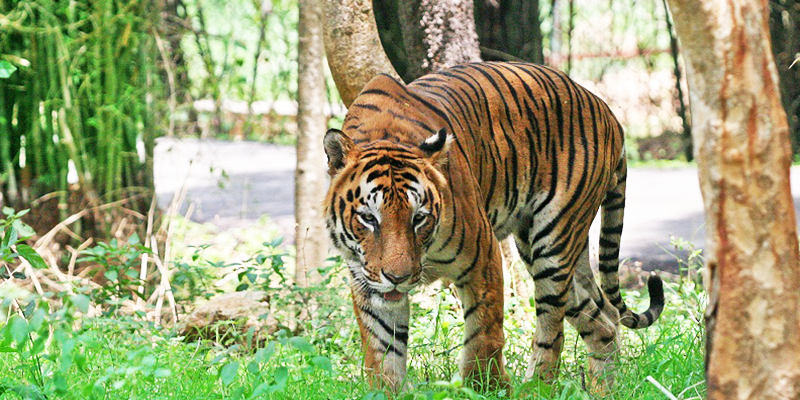 The sanctuary became a tiger reserve in 1994 and also boasts of some great variety of bamboos, canes and gorgeous orchids. 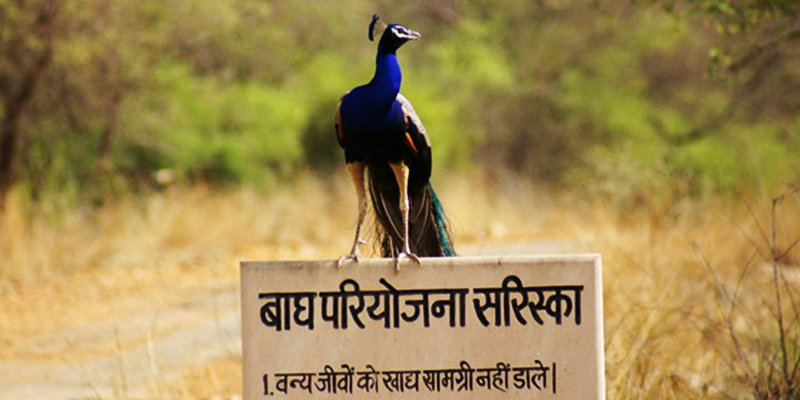 Set against the backdrop of the majestic Aravali Hills, Sariska is regarded as the place in the Mahabharata, where the Pandavas found this sanctuary during the last year of their banishment. Known as one of the first tiger conservation sanctuaries, Sariska has an amazing topography for all to enjoy. 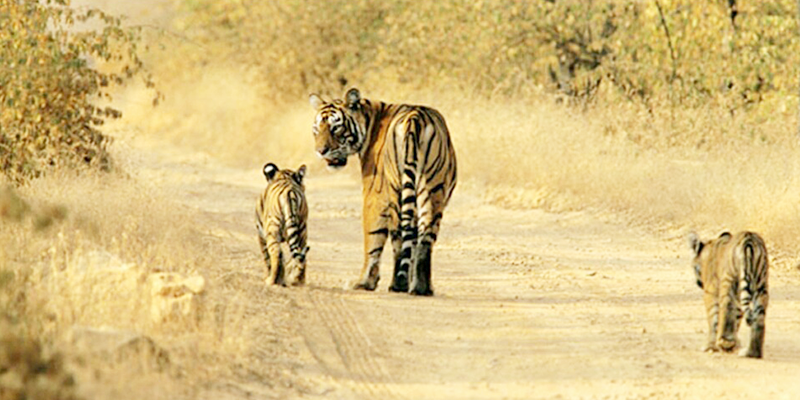 The variable climate here makes the entire environment an important part of ecological adoption and perfect for tigers as well as for a wide range of wildlife. Today, the park is home to numerous carnivores including leopards, tigers, chausingha, rhesus monkeys and langurs.

Encounters with the wild through train window