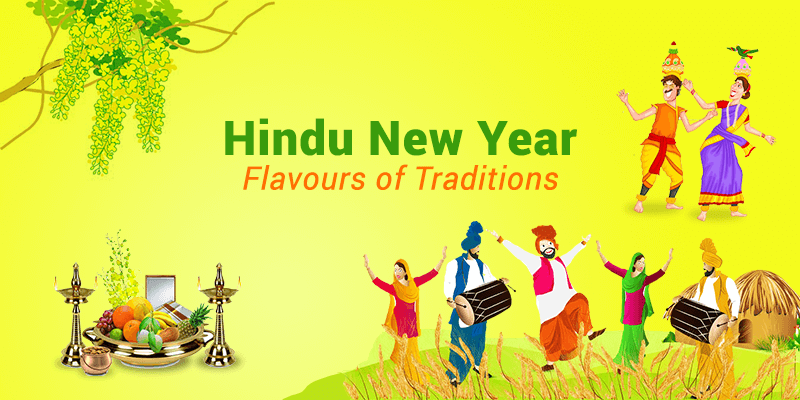 Unlike the Gregorian calendar, we Indians celebrate our own variant of Hindu New Year, computed as per the lunisolar calendar. With the onset of Spring season, most Indian states celebrate their regional New Year. Such celebration is a mixture of traditions and rituals, and to top it up people shun the other food options and have their regional thalis on this day.

Interesting rituals and cuisines of Hindu New Year across the country, are as follows: 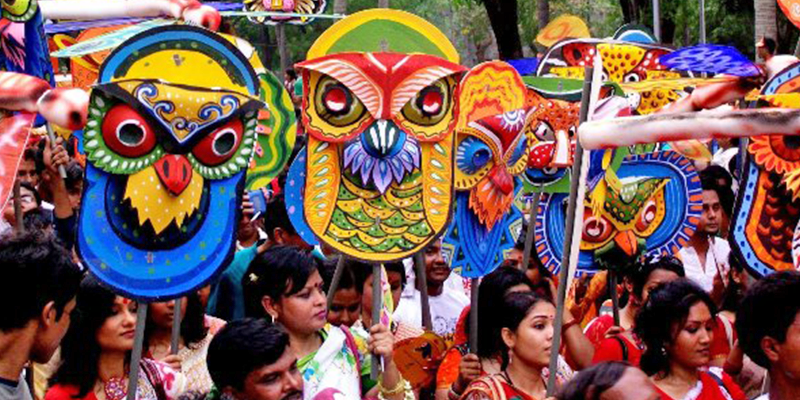 Poila Baishakh means the inaugural day of the Baishakh month. People make elaborate rangolis (or Alpana) in front of their home to welcome Goddess Lakshmi. It is also the start of the new fiscal year for the businessmen, and is marked by the use of new accounting books known as “Haalkhata”. The day is marked by many cultural programs – where people sing and dance to the tunes of traditional Bengali songs. 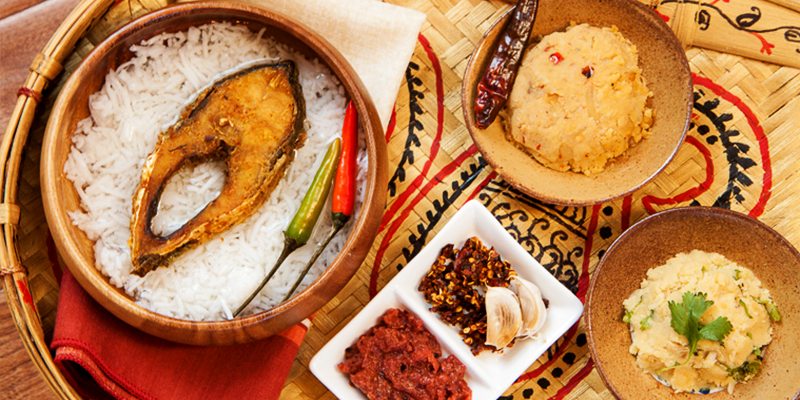 Bengalis celebrate this day by having the sweet dishes such as Rosogollas, Payesh, Sandesh, Kalakand and Rasmalai. While the main course dishes include rice, vegetables, dal and fish. 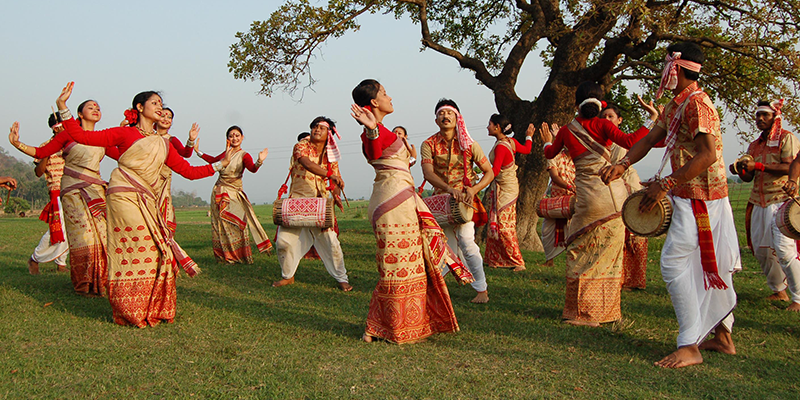 The crop harvesting in Assam is celebrated with this festival of merriment. People wear new clothes and wish each other the very best for the coming year. Cattle are washed, smeared with turmeric and worshipped. In certain places, the cattle are even adorned with twigs of Dighalati and Makhiyal (two special trees found in Assam). Young boys and girls wear their traditional attire and sing Bihu songs. 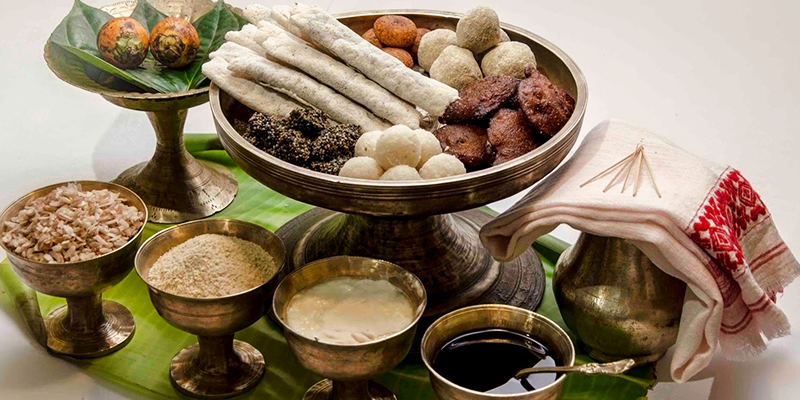 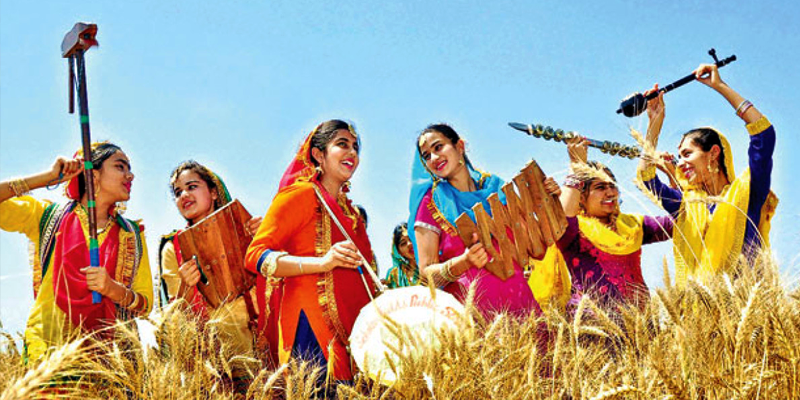 Baisakhi is celebrated with a lot of enthusiasm in  Punjab & Haryana. The Sikh celebrate this day by visiting Gurudwara and participating in the prayers held during the day. Gidda & Bhangra are performed on the beats of the drum in open fields. Fairs are also organized where people perform acrobatics and other fun games. 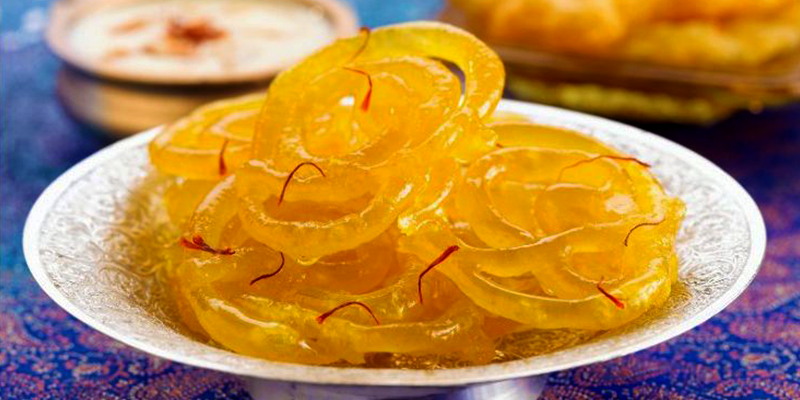 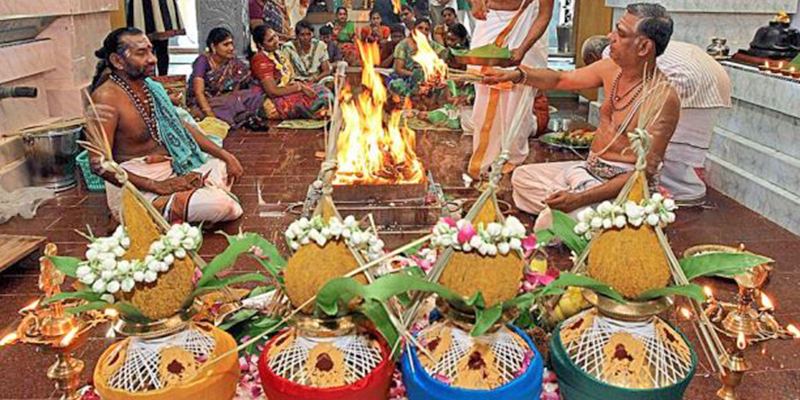 In Tamil Nadu, people strictly follow the rituals of Puthandu for the well-being of their family. Tamils start their day by watching auspicious items like gold and silver jewellery, betel leaves, raw rice, and coconuts. After that, they take a bath and wear new attires and visit temples. 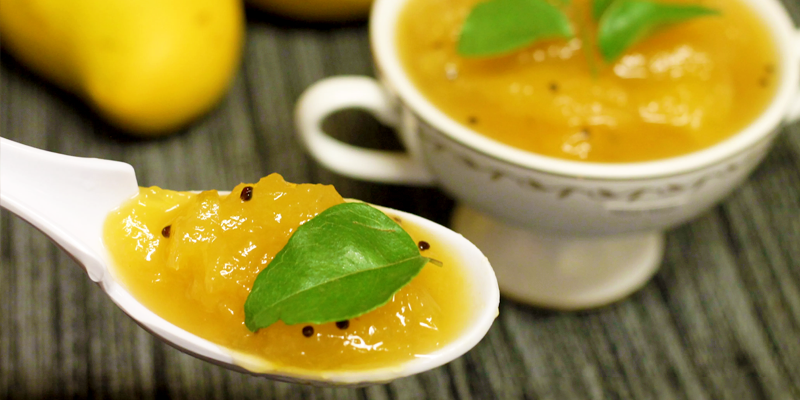 “Maanga Pachadi” is the Puthandu special dish cooked in most households. This dish is made of raw mangoes, jaggery, and neem flowers. Puran Poli, Rava Payasam, Akkaravadisal are the other mouth-watering delicacies of the festival. 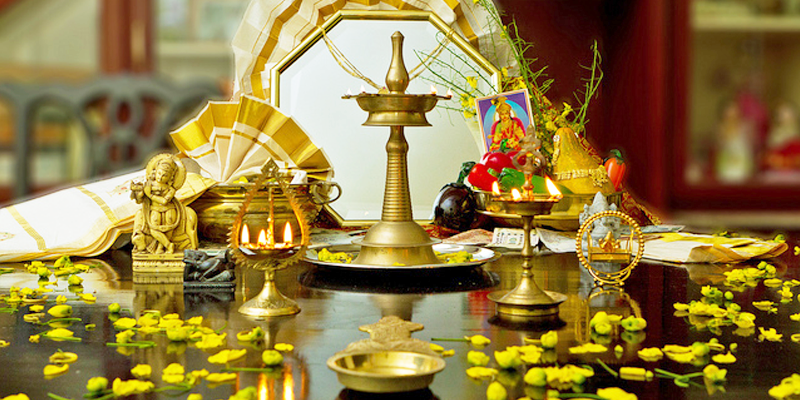 Vishu is what the Hindu New Year in Kerala is known as. One of the important rituals of the day is known as Vishukkani, where mothers of each family arrange for cucumber, rice, betel leaves, gold ornaments, new clothes, mangoes, jackfruit and metal mirrors. During this ritual, a special flower called Konna should definitely be arranged for. The day is marked by recitation of Ramayana in the homes. 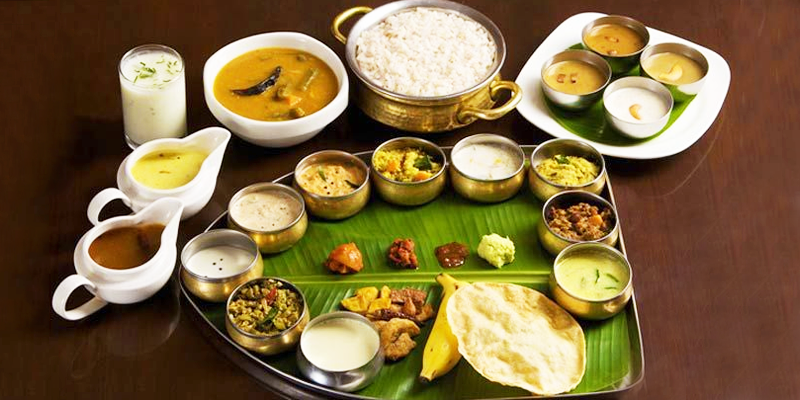 Lavish meals are mandatory during the Vishu celebrations. A special feast is organized, which is known as “Sadya”. This feast consists of rice, sambhar, chips, pickle, aviyal, rasam and various types of sweets and payasam. A special type of boiled rice, known as Kanji, is prepared on this day. Kanji is made with coconut milk and condiment spices.

So, have a host lot of fun enjoying all these unique rituals as well as tasting some delicious regional delights! Happy New Year everybody.