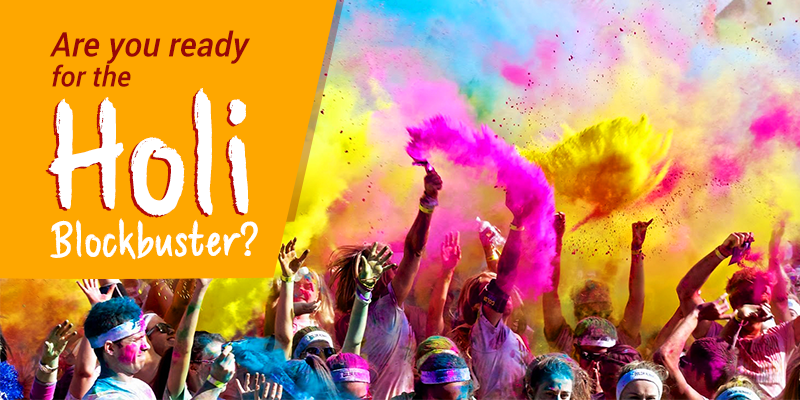 Backed by the famous legends about Holi ka Dahan and Radha-Krishna, you cannot exactly say which region of the nation celebrates the best Holi. It completely depends on what kind of celebration you want to experience. Holi is celebrated on the Phalguna Poornima according to the Hindu calendar, which falls on March 2 this year. The day signifies the triumph of good over evil, arrival of spring and end of winter. This is also the day to savour some of the mouthwatering Holi delicacies such as Gujiya, Bhaang, Thandai or to celebrate the occasion with bright coloured gulal.

To double the joy, this year Holi is on a Friday. And most of you know what that means! It means there are plenty of scopes to make a quick travel plan and head off. But, there are not many days in hand, you have to hurry to book your bus tickets. Use RailYatri’s bus booking service and enjoy a completely new way to book tickets. Booking confirmed bus tickets for Holi travel, even this late, is a breeze with RailYatri services.

And if you are wondering where to go, check out these amazing destinations to spend the Holi weekend! 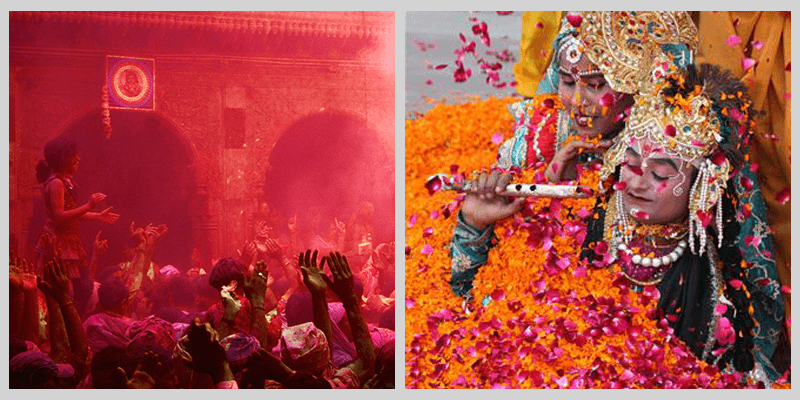 Holi has a special significance at Vrindavan, where Lord Krishna was raised. There are two kinds of holi played during this season of colours. One happens where people throw buckets full of flowers on one another amidst loud chants of Radhe Radhe. The other one takes place just a day before Holi. On this day, the well-known Krishna Leela or Raas Leela, which is the dramatisation of Krishna’s courtship with the beautiful Radha. The temple opens up its doors to all visitors to come and play Holi with the Lord himself. The priest throws dry colours and holy water and the crowd chants in unison. The ecstasy of Bhang, Braj ki Holi songs, dance on dholaks, savouring onto Holi delicacies and weeklong events at multiple places, marks the highlight of Holi in Vrindavan.

About Holi with colours 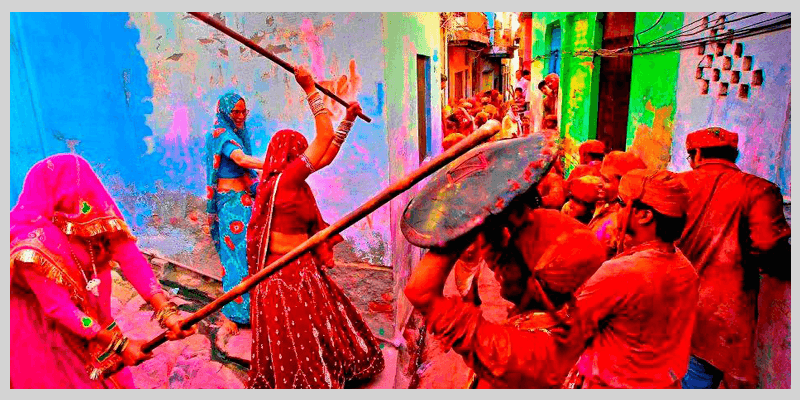 Mathura is the birthplace of Lord Krishna and the festival is celebrated here at its wildest best! The women from Radha’s hometown of Barsana beat the men from Krishna’s village of Nandgaon, who come with the intent of teasing them. With men rushing towards women to drench them in coloured water, the women use sticks, colours and water cannons to keep them at bay. The festivities here are as much fun to watch as they are to partake in. There is a holi procession held in the town, a day before the festival. 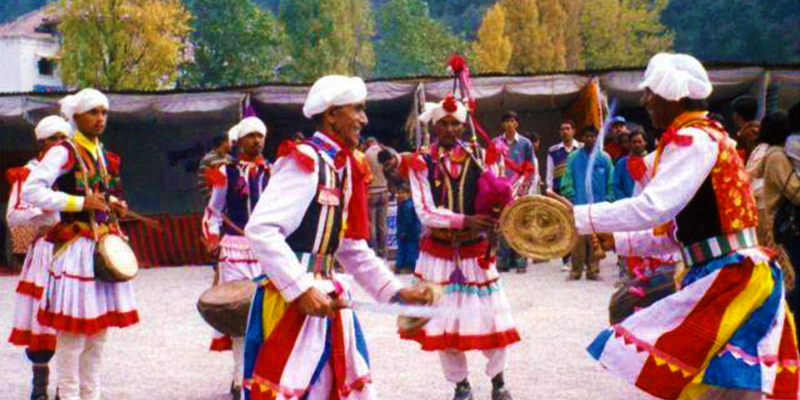 Basant Panchami, which signifies the end of winter season and heralds the onset of spring is celebrated with the festival of colours in Kumaon hills of Uttarakhand. The Kumaoni Holi is broad of three types – Baithaki (sitting), Khadi Holi (standing) and Mahila Holi. In the Baithaki Holi, devotees sing classical ragas to appease Lord Krishna. People gather along the course of the day at the temple premises, in performance centres and at homes, where ragas particular to specific times of the day are sung. Mahila Holi is also similar to Baithaki Holi, the only difference being here the gatherings comprise of women only. While Khadi Holi, sees people of the region dress up in their traditional wear (such as Nokidaar Topi, Kurta and Churidar) and dance to the beats of local instruments (like hurka and dhol). The melodious affair culminates with people covering each other in “abeer” (or powder colours). 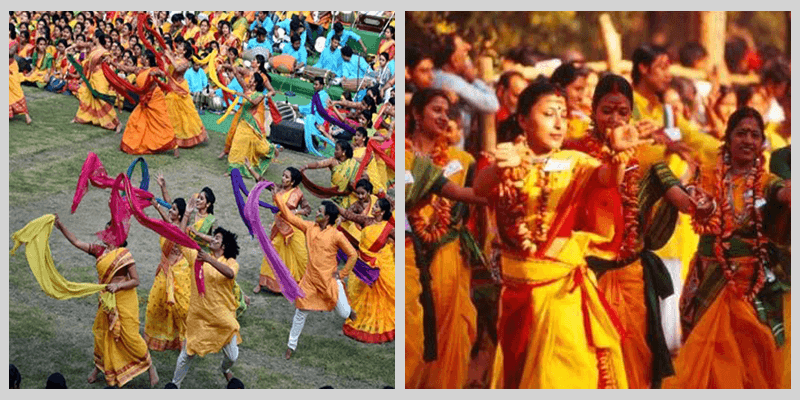 Holi in West Bengal goes by the name of Dol Yatra, which is popularly celebrated as the grand Basanta Utsav in Bolpur. Started by Rabindranath Tagore to instil a sense of communal harmony, this cultural fest can be experienced in its full glory throughout Bolpur. Celebrations start with idols of Lord Krishna and Radha being placed on swings followed by hymns being sung. The best place to view the Basanta Utsav in its full glory is the Vishwa Bharati University campus, where girls wearing customary Palash Phool can be seen dancing and rejoicing. Men and women play holi with dry colours as well as coloured water. During this celebration, tourists can experience the tribal culture of West Bengal with performances for tribal arts such as Chau dance, Baul songs, Darbari Jhumur, etc.

About the Basanta Utsav 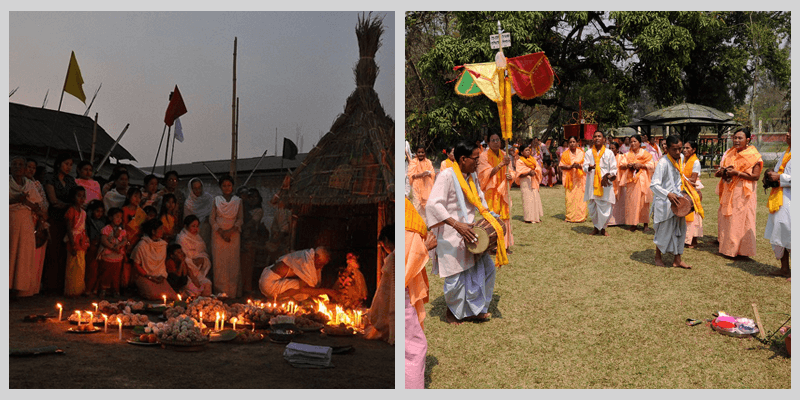 With the introduction of Vaishnavism, the centuries-old Yaoshang Festival was merged with Holi in the 18th century. Fluorescent lights, the echo of drums with folk songs on a moonlit night – these are some experiences that make the festival really unique and enjoyable. As a ritual, a thatched hut is made of twigs, hay and is burnt during the celebratory night. The community members dance and play with gulal in front of the temple and sing devotional songs. The last day, of this four-day long festival, a procession is taken out which is marked by various traditional cultural performances. 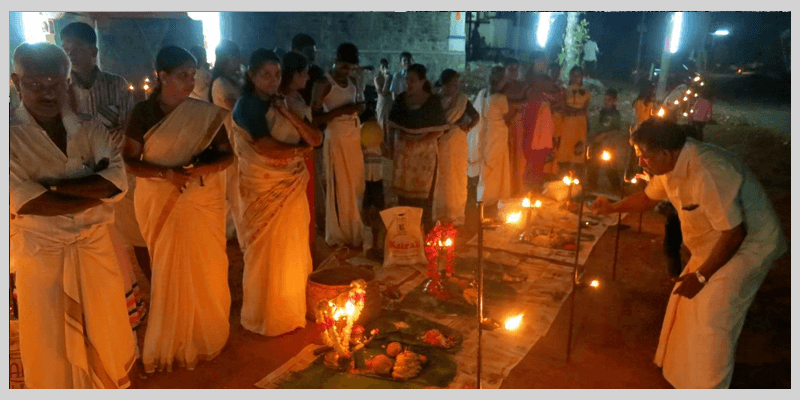 The festival, which falls on the day after the full moon in early March, is celebrated by the Kudumbi community at 20 temples across the state for over four days. Unlike holi celebrations in North India, those in Kerala are solemn and centred solely on temple rites. The rituals vary between temples. In some of the Kudumbi temples of Ernakulam, an Areca nut tree is felled and carried to the shrine, symbolising Durga’s victory over the demons. On the second day of the celebrations, the Kudumbis get themselves sprayed with coloured water (containing turmeric) and dance to traditional Kerala percussion.

So, which are these unique Holi celebrations do you want to experience firsthand, this year? Book a bus ticket and start packing, there are not many days left!

A Day in the Braj Bhoomi of Mathura and Vrindavan